THE FARMERS ON THE CHAPMPS-ELYSEE 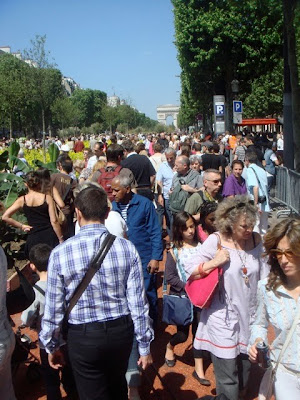 Our first day in Paris we took a walk to the Champs-Elysee and happened onto one of the biggest expositions I have ever attended. There was lots of activity with tucks and vegetables and stands being set up everywhere. We couldn’t read the displays nor could anyone explain to us what it was that was going on.

The next day we were headed for the Seine, taking a street that we were now familiar with and we saw throngs of people milling about. So, we went to see what the fuss was about.

Well, we met head on the 2 million people who had come to a farmer’s exposition. The entire Champs-Elysee had been closed to traffic and the crowd was so thick there was no way that we could have gotten any where but to be grabbed up in a current of moving people and taken down stream with them. Instead, we stepped back and simply watched.

There were people in booths giving away free trees for people to plant. There were t-shirts for sale, and lots of demonstrations and tons of displays of vegetables. 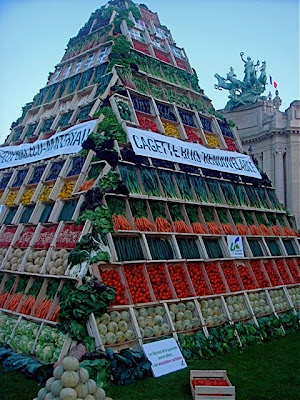 One lady wore a skirt made from decorative cheese boxes. 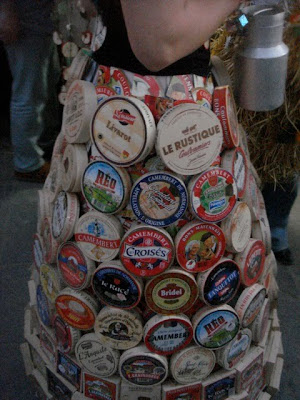 We came back at sunset and the crowd had thinned out a bit, but there were still lots of people hanging around eating cheese and drinking wine and beer from the venders. There was a little bit of music from an ump-ump-ump tuba band, but not much more than that in the way of enetertainment. 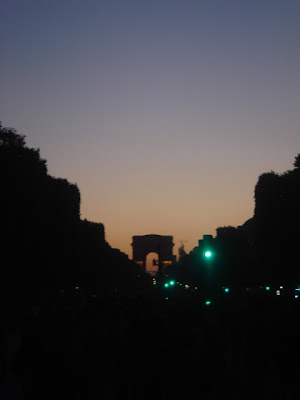