Channing proposed marriage to Raquel while they were on vacation in Puerto Rico. So it would only be fitting that they decided to tie the knot on an Island that held such romantic memories.

We were thrilled to be invited to their wedding and made our reservations in late winter for the mid summer happening. 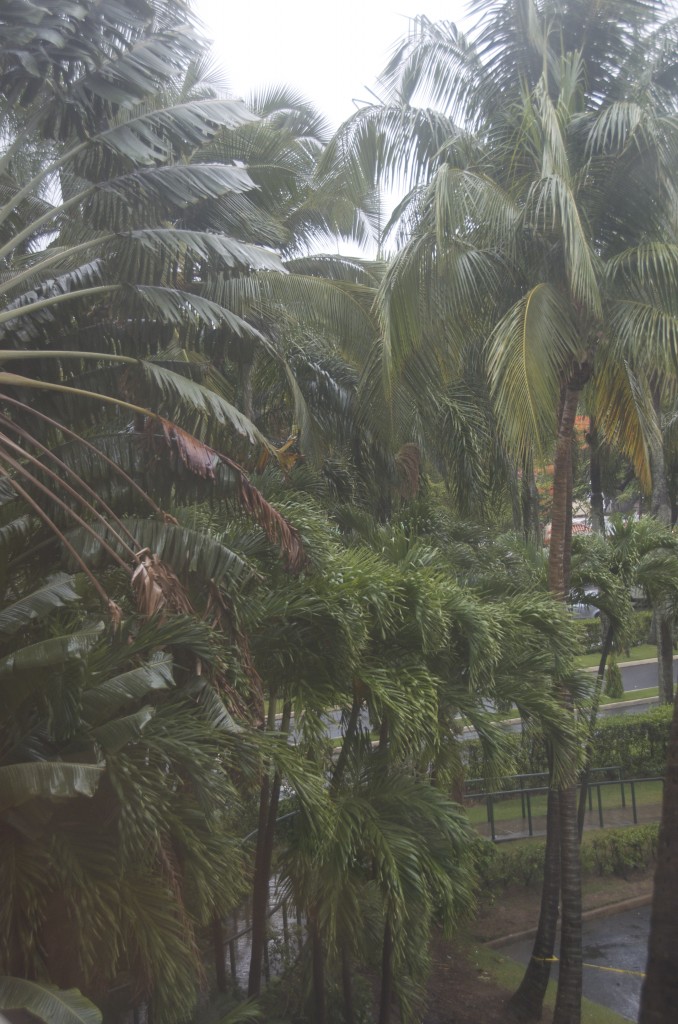 It was raining when we arrived in Puerto Rico. But tropical islands are fickle and a rain cloud can pass quickly leaving a visitor drenched one minute and then the next minute standing in burning sunshine.

What we didn’t expect was that we’d walk into a movie set. More than half of the lobby was closed to the public and crowds of people were gathered everywhere trying to get a glimpse of a movie star. This made checking-in a pain in the neck. The movie is ‘Runner, Runner’ and it’s about online gambling. I suppose I’ll wait for it to appear on Netflix or HBO. Don’t think it’s something that I’d stand in line to see at a movie theater. 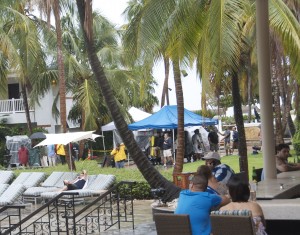 Even the film crew had to work under an umbrella when it rained. 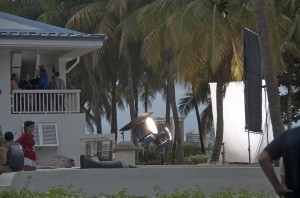 The movie crew worked until late and had lots of light tricks to make it look like daylight. 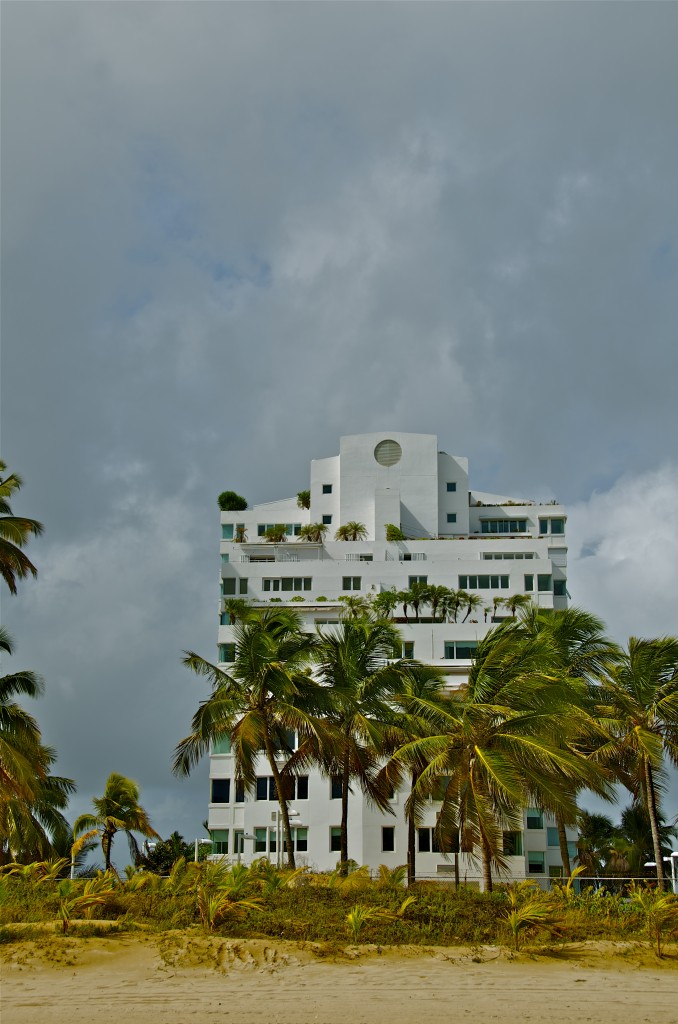 One of the hotels located on the beach. 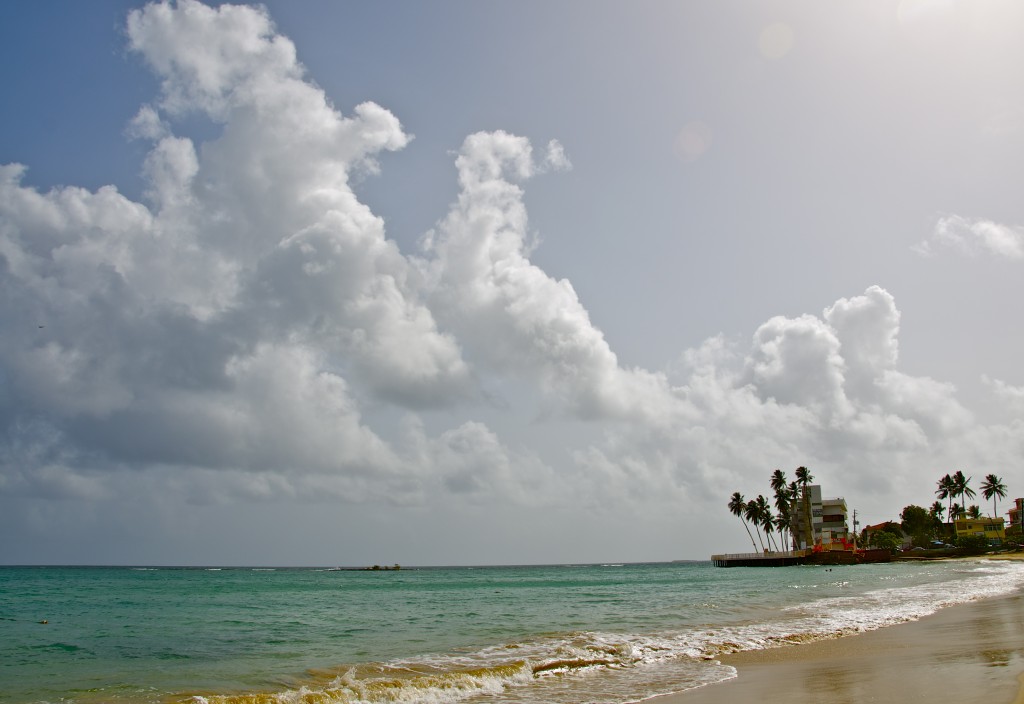 We spent hours watching the waves lapping on the shore and the clouds float above the ocean.

The wedding wasn’t to take place for a couple of days and we took advantage of the time to walk on the beach, have a few drinks at the bar later that night and to taste the local food. 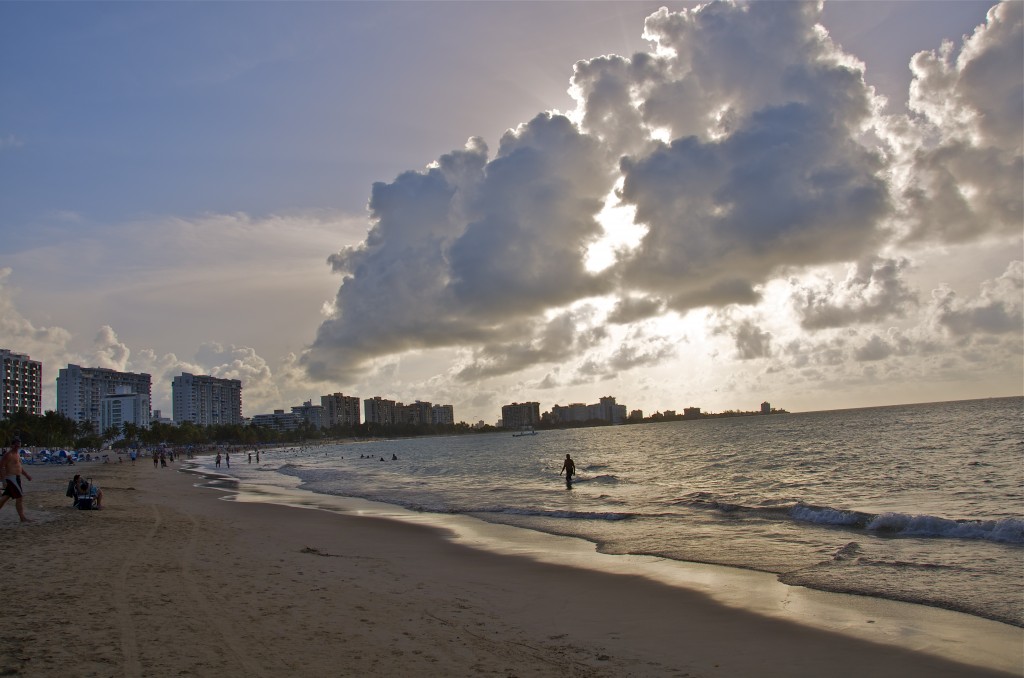 The sun setting on the evening just before the wedding

There is something magical about sunsets over water and the evening of the wedding was ordinary by Island standards but a dream for those of us who are city dwellers. 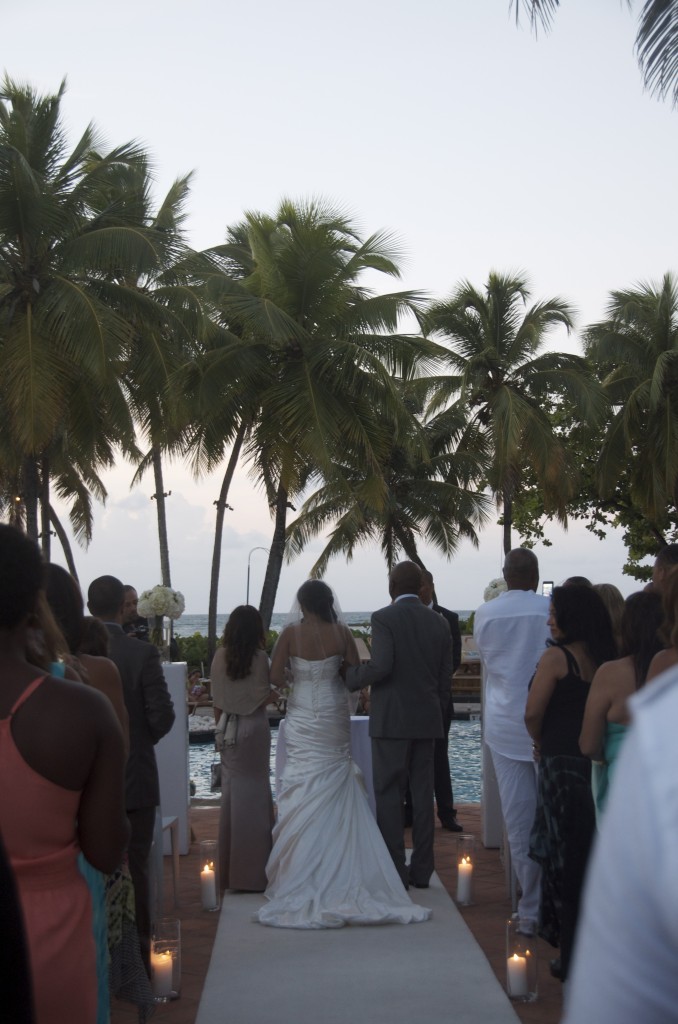 Raquel made a beautiful bride.

The bride was escorted down the aisle. And the setting only made it feel all the more perfect. 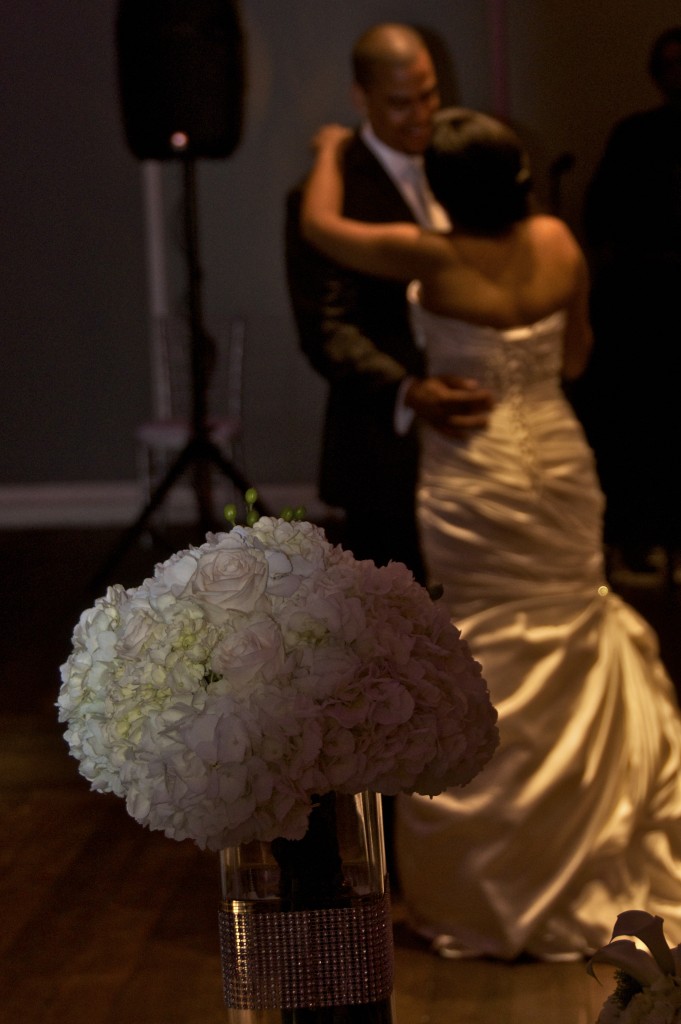 Such a romantic affair.

It was a lovely affair and a wonderful way for this couple to start their life together. 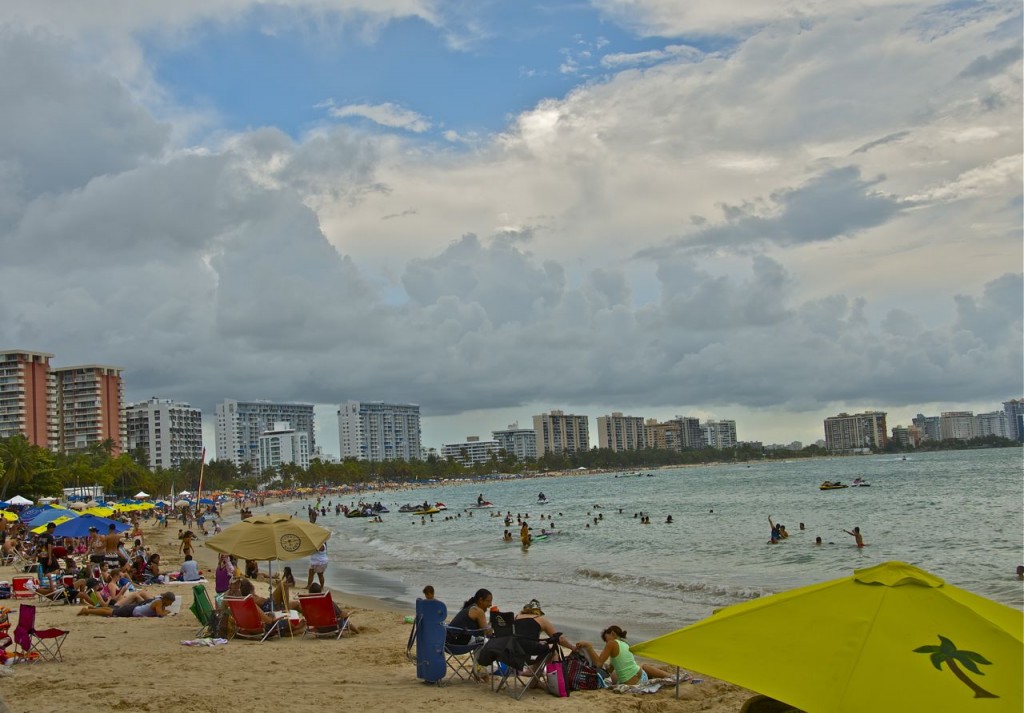 We stayed one more day and took advantage of the beach. 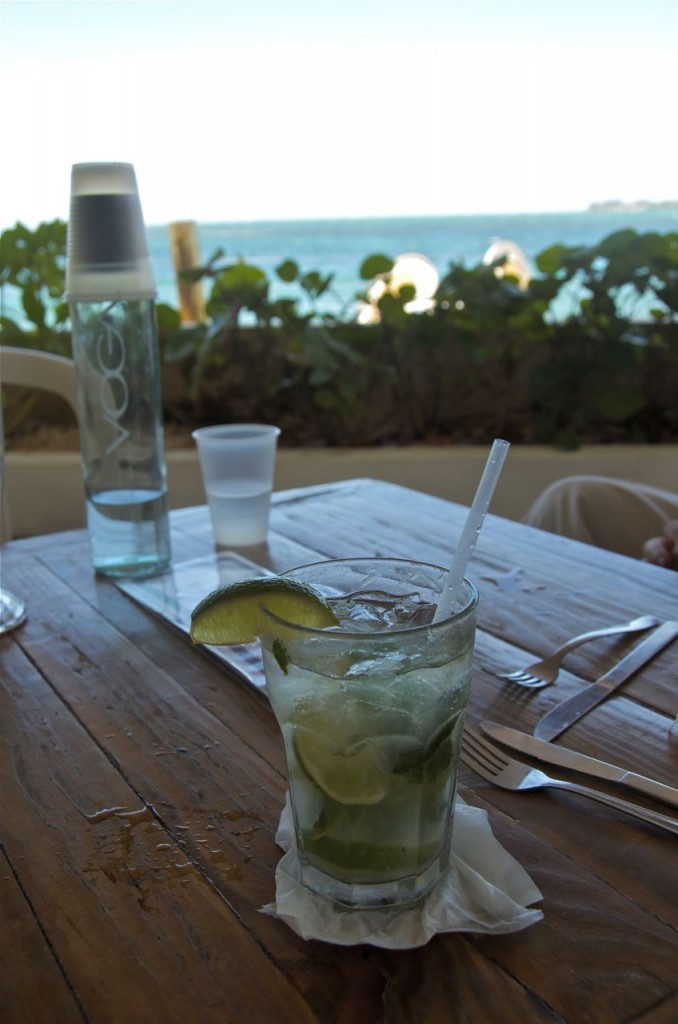 Doesn't get much better than this!!

And we had one more luscious rum drink at a local joint located right on the oceans edge!!!

← SUMMER IN THE CITY
DO YOU SMELL THAT? →

5 comments for “A DESTINATION WEDDING IN PUERTO RICO”