A couple weeks ago we visited friends in Connecticut. When we arrived they had just returned home from a farmers market and had placed big ruby red tomatoes on a sunny window sill to ripen.

We have a farmer’s market in our NYC neighborhood on Fridays and I try to get there a couple times a month. My usual purchase is a couple tomatoes and other seasonal fruits and veggies. But these tomatoes sitting in my friend’s sunny window reminded me of a time long ago when my mother canned tomatoes from our garden. I don’t know why this memory came up. Perhaps it was the dappled light sitting on the tomatoes, or maybe it was the view through the screened window of their neighbor’s garden that made me think of my childhood. 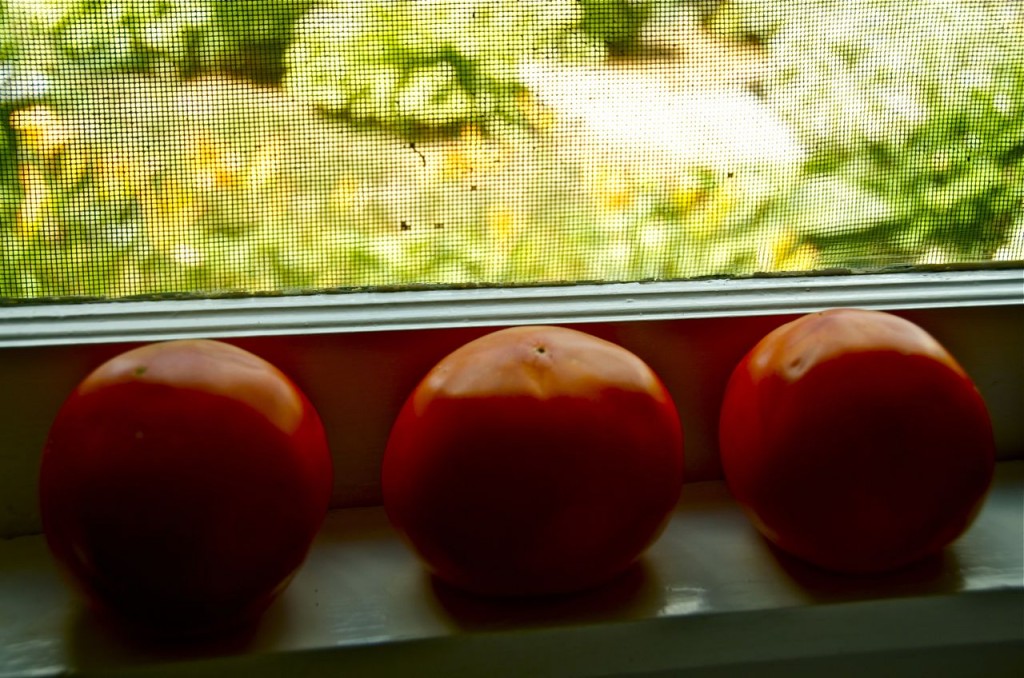 I remembered that in late spring mom planted several rows of tomatoes and then in mid-summer she began her harvesting. Some years there was a bumper crop and we’d get buckets after buckets of fresh plump red beauties. Some years, when there had been a lot of rain, the tomatoes would be puny and either have lots of rotten spots or were lousy with fat green caterpillars or crawly things that we called stink bugs.

But the summer was canning season in our house. We canned dozens and dozens of jars of beans, corn, apple sauce, cherries, jams, and always lots of tomatoes. It wasn’t as though we were all in love with the tomato, quite the contrary, my dad hated tomatoes and said they gave him indigestion. Yet, every year they were a major staple in our garden and pantry. 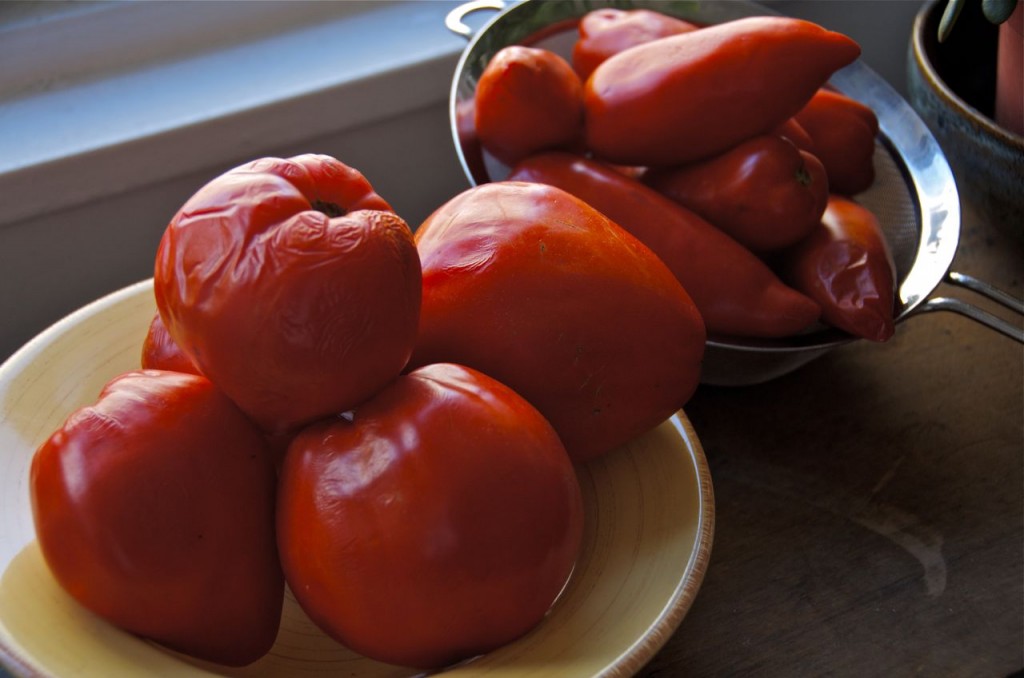 That next Friday I scooted down to our local farmer’s market and bought as many tomatoes as I could carry home and I got ready to put up a batch of tomato sauce. I washed the tomatoes and the process that my mother used all those years ago came rushing back to me as though I’d seen her working yesterday. The next step was to bring to a boil a large pot of water and the tomatoes were carefully dropped into the water when it came to a roiling boil. They were only in the water for less than a minute and were then scooped out of the pot and placed in a bowl to cool. This process loosened the skin allowing the peel to slip right off.

My plan was to chop the peeled tomatoes into small chunks and cook them until I had a thick sauce, no frills with garlic, parsley or basil. I wanted a utilitarian sauce that I could do anything with and then I planned to put the sauce into ziplock bags and stack them in the freezer. 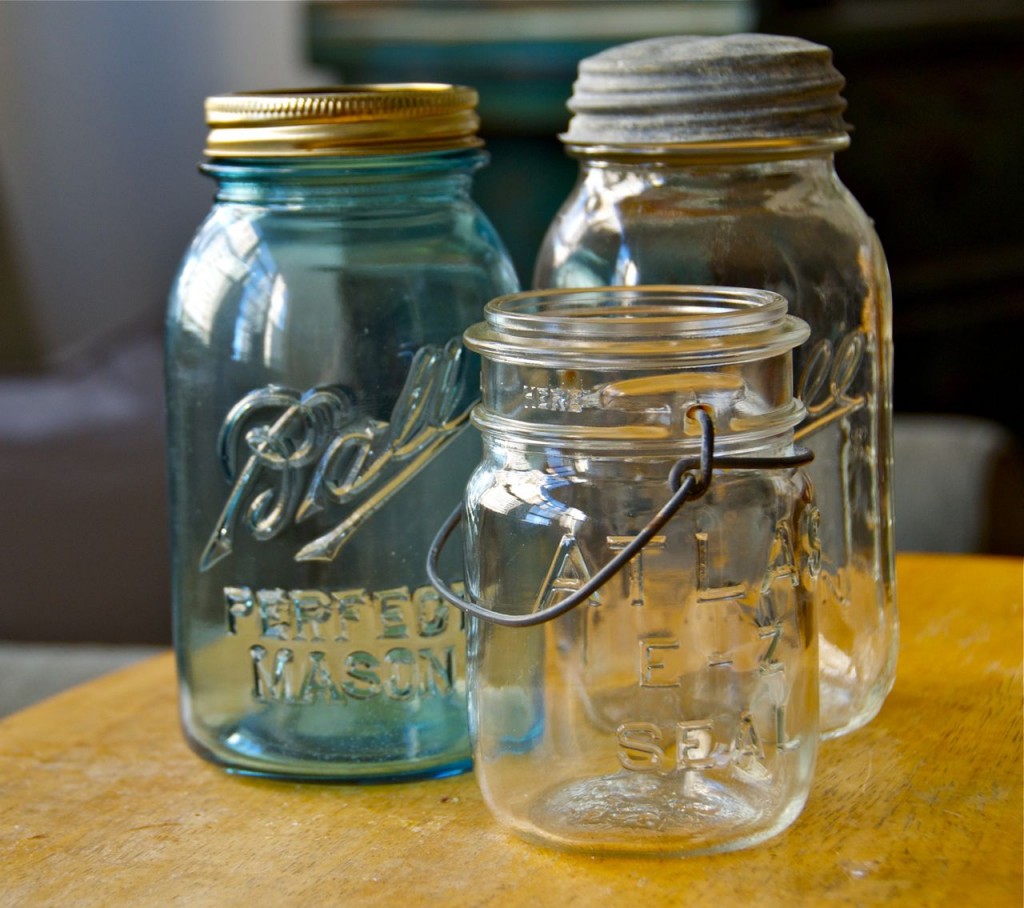 There was a time, many years ago when my kids were still very young and we were making every penny count, that I canned tomato sauce. We’re empty nesters now and have been for quite some time. But back then we’d travel out to Long Island to a U-pick tomato farm and gather a huge basket of tomatoes. It was a fun outing. We’d bring a picnic lunch and with the twenty pounds of tomatoes in the trunk of the car we’d head back to the city where the next day I’d begin the canning process. I still have a few jars from those days, but now instead of filling then with tomato sauce, we use the jars as vases for bouquets of flowers. 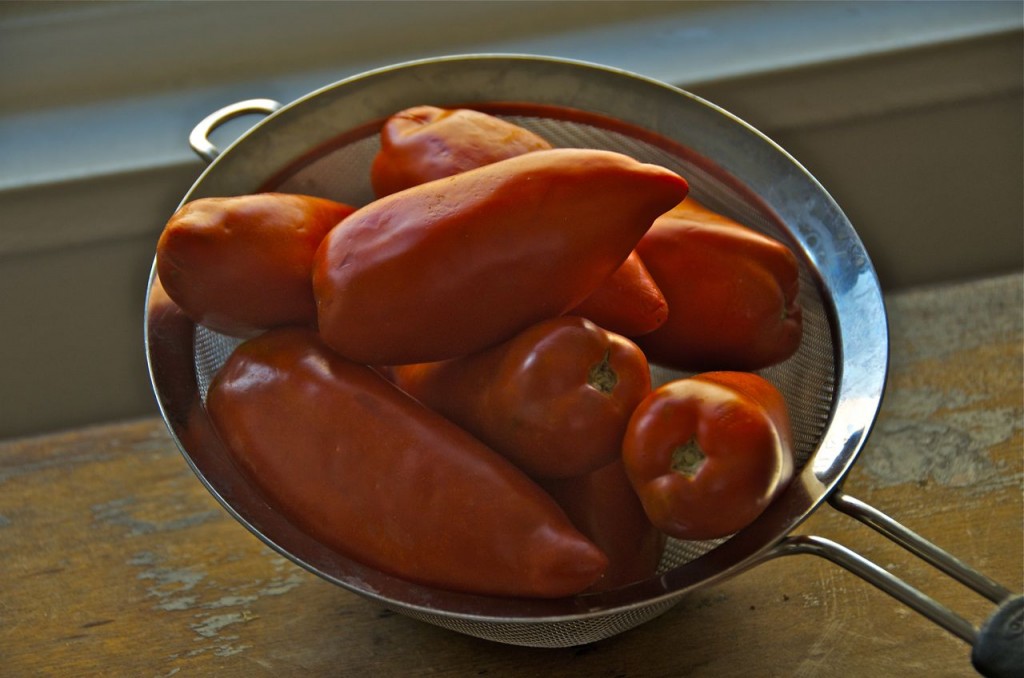 I stand at the stove slowly stirring the sauce and remember the summer afternoons at the U-pick farm with my son and daughter tagging along behind me as I gathered the tomatoes. They picked a few tomatoes but mostly they kicked up dust and helped to carry the heavy basket of tomatoes back to the car. It was such a long time ago. They were so young, their futures so unknown, and I thought about my mother. The August sunlight, the smell of fresh tomatoes added an interesting dimension to my Friday morning farmer’s market purchases.

It didn’t take that much work before my sauce thickened and I’d tucked it away in the freezer.

There was something special about the tomato sauce I made back when my family was young. And I remember on those last cold winter days when I made red sauce and spaghetti for dinner everyone could tell when we’d used up our supply of summer tomatoes and I was using tomatoes from a can.