The other day I visited with my daughter and grandson in Brooklyn. I planned to accompany them while they walked the dog, Latch. He’s a strong, friendly dog with one floppy ear. 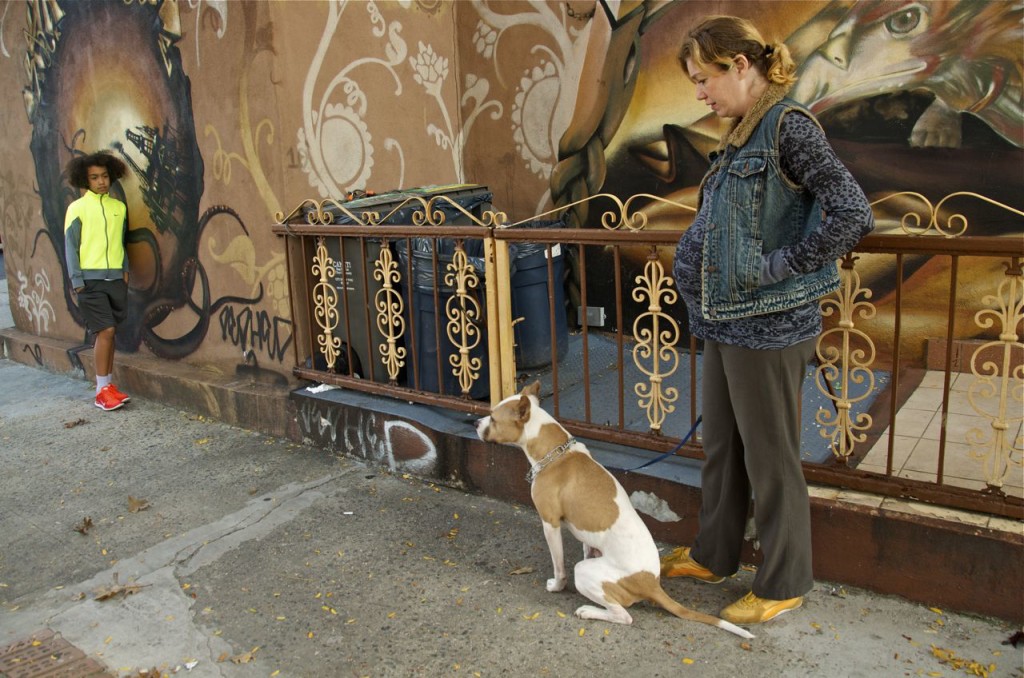 My daughter is expecting a baby any day now and during our walk she told me that she was getting small contractions. Nothing to worry about, she said, but part of this last stage of waiting for a baby.

Latch is a rescue dog and was quite a handful when they first got him a couple of years ago. But with a great deal of training and personal attention he’s turned into a lovely, well behaved dog. We stopped walking the dog long enough to eat lunch and Latch did not take his eyes off the door the entire time we were in the restaurant. 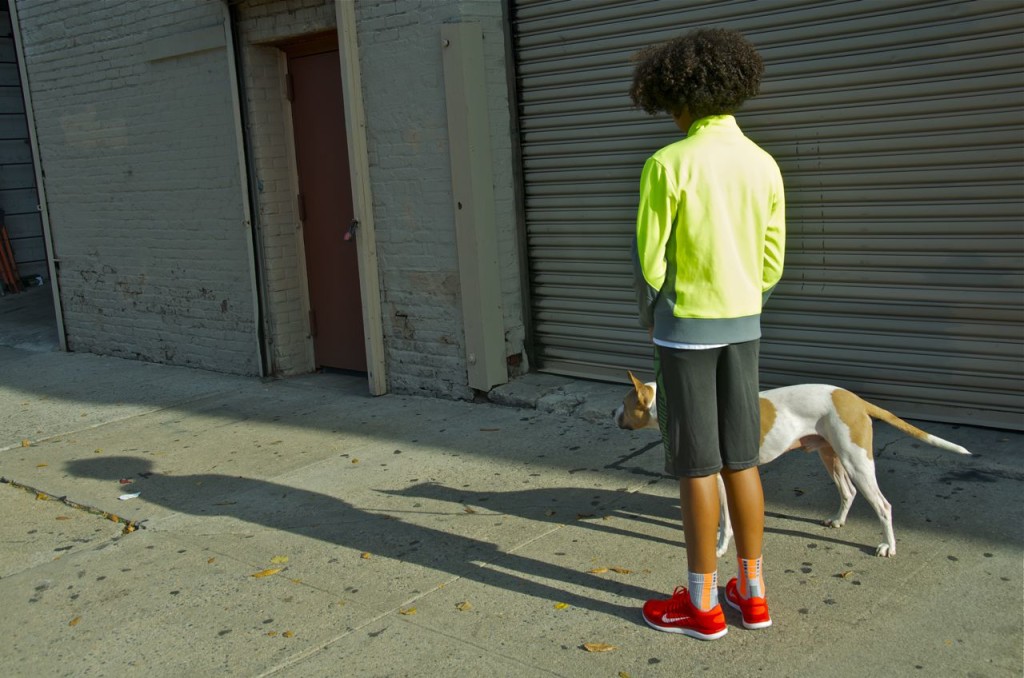 My grandson is learning about the importance of walking the dog, too. They run and play, but walking the dog in a city is serious business and this is an important lesson to learn. 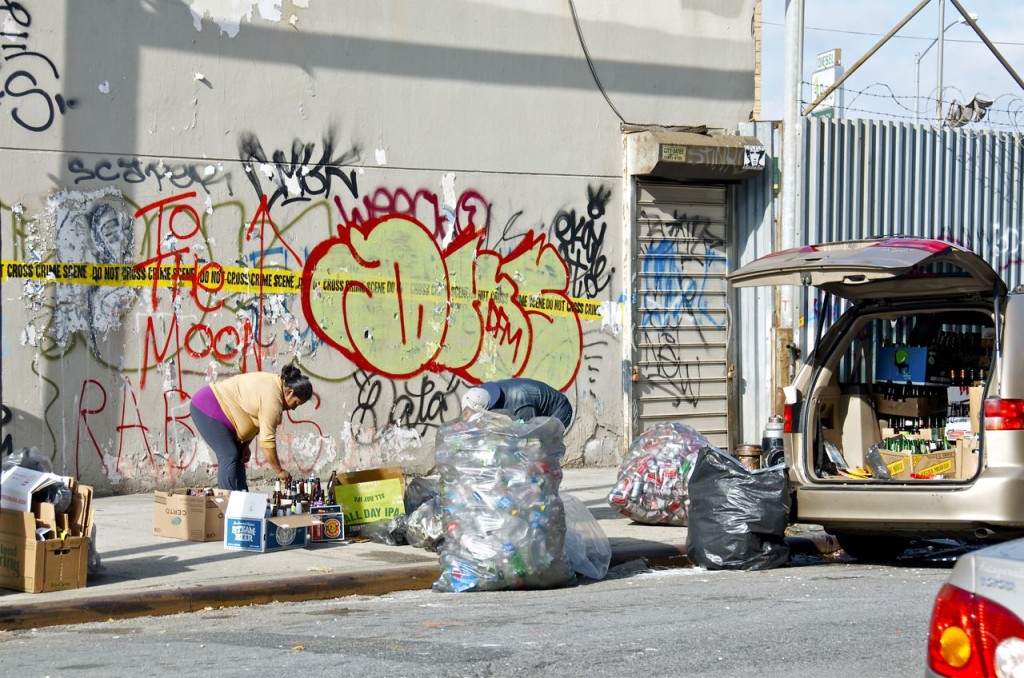 Walking the dog gives everyone an opportunity to see interesting things. On one street we saw a man and woman sorting through bottles and cans they were preparing to take to a recycling center. 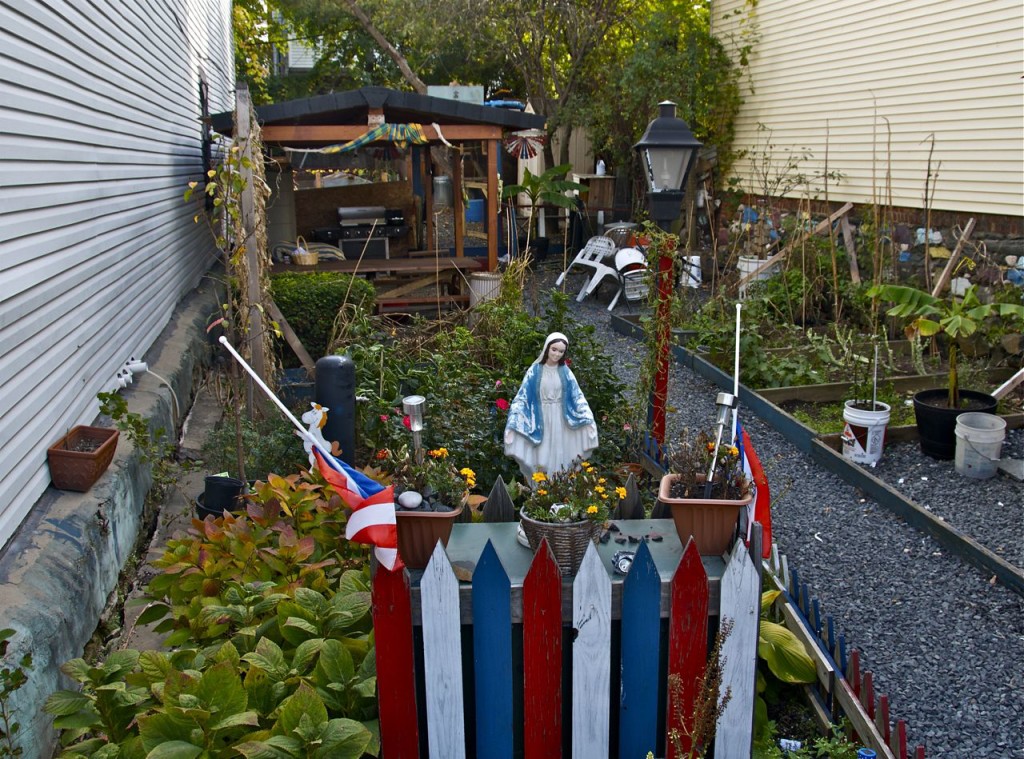 We stopped to look at this garden squeezed between two houses. I think this is supposed to be a driveway my grandson says. 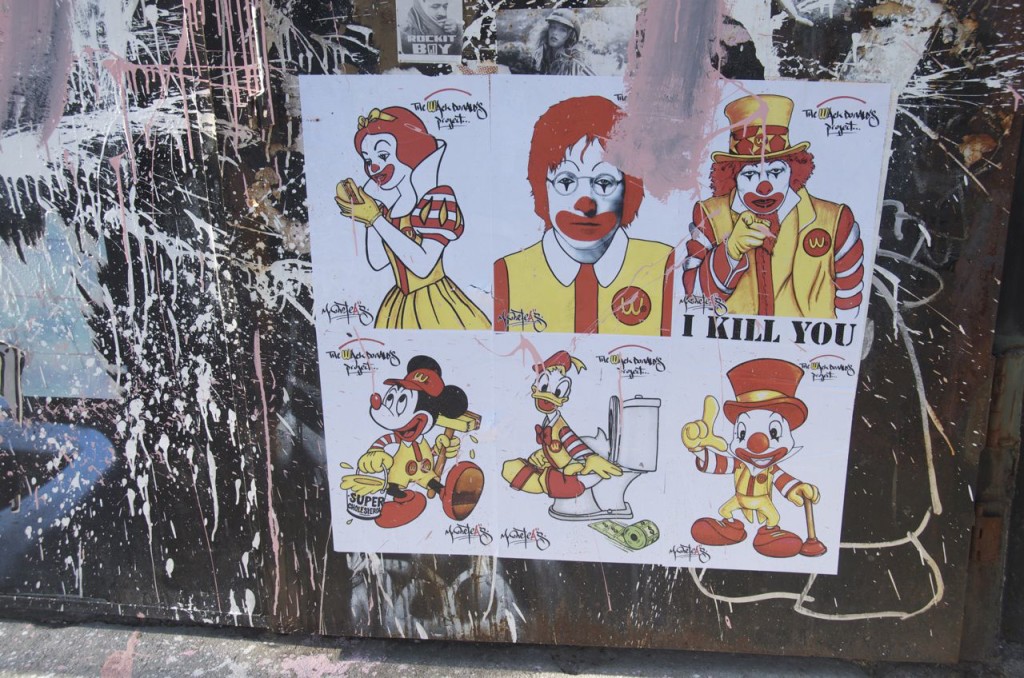 And while walking the dog in Brooklyn there is no end to finding curious graffiti. 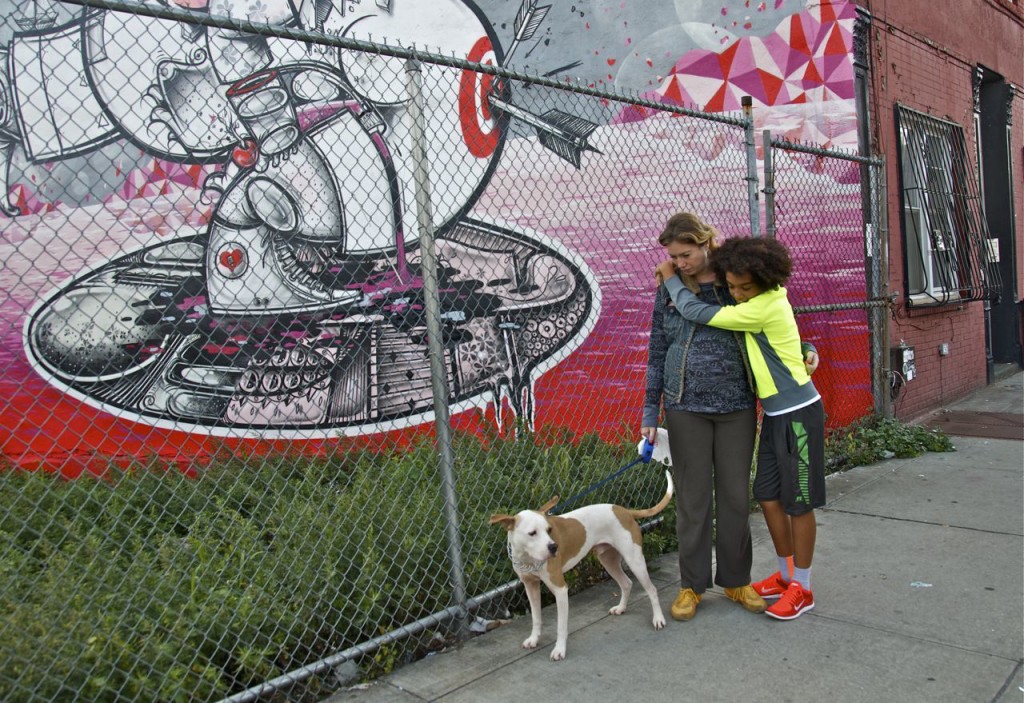 We stopped here long enough for Latch to smell the fence, look around and then once again scoot on up the block. 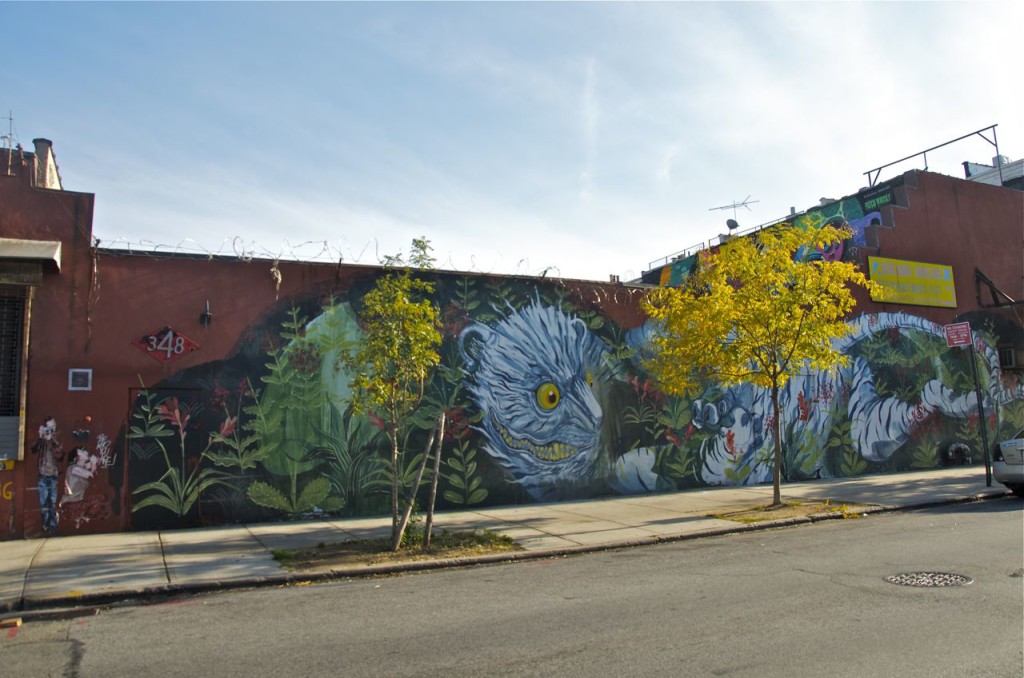 Here’s an interesting display of graffiti that almost takes up an entire block. 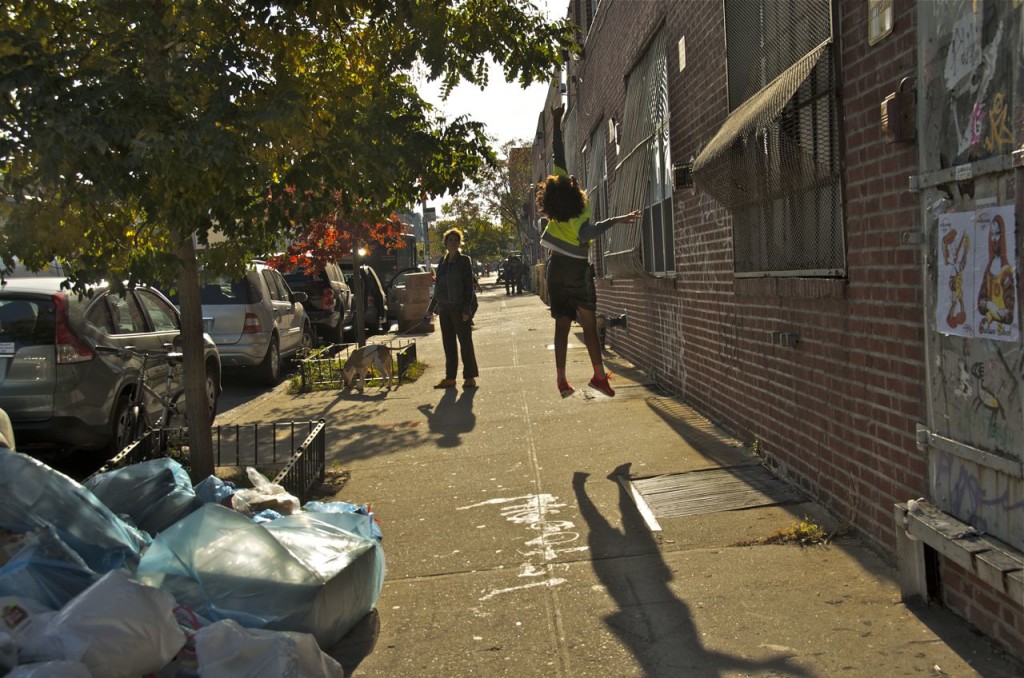 While Latch stopped to sniff a fenced-in tree, my grandson performed some major jumping abilities. 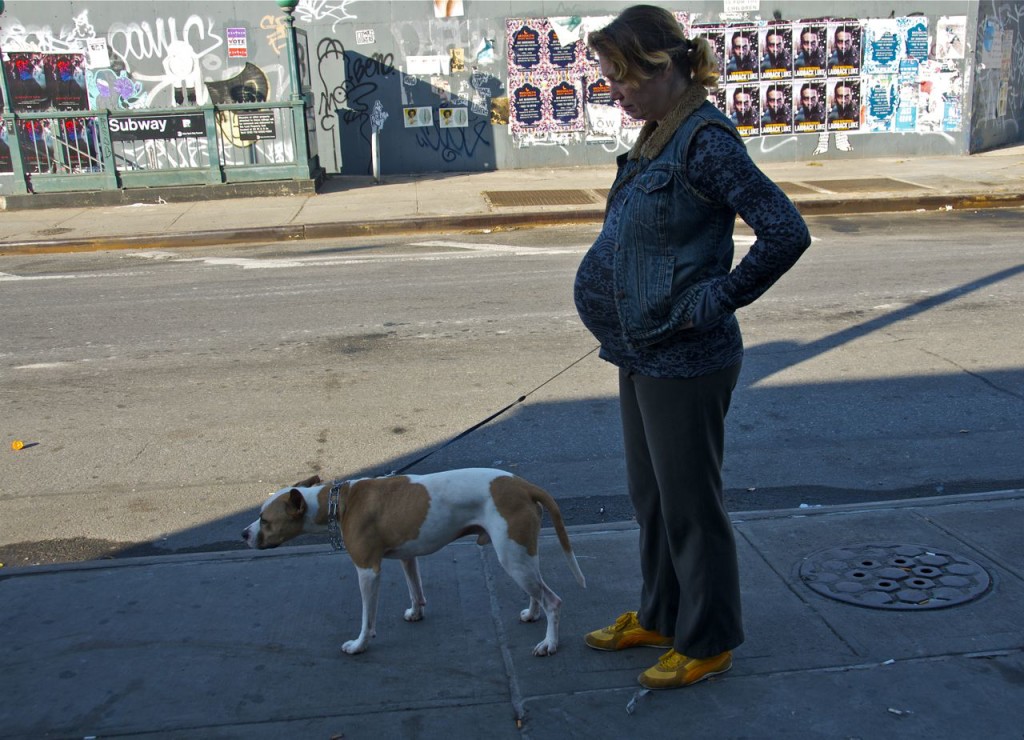 We stopped to chat for a while just before I went down the subway stairs to catch a train and head back home. The contractions are small, my daughter assured me. I don’t think anything is going to happen tonight. She smiled, looked down at the dog and added, but you never can tell. 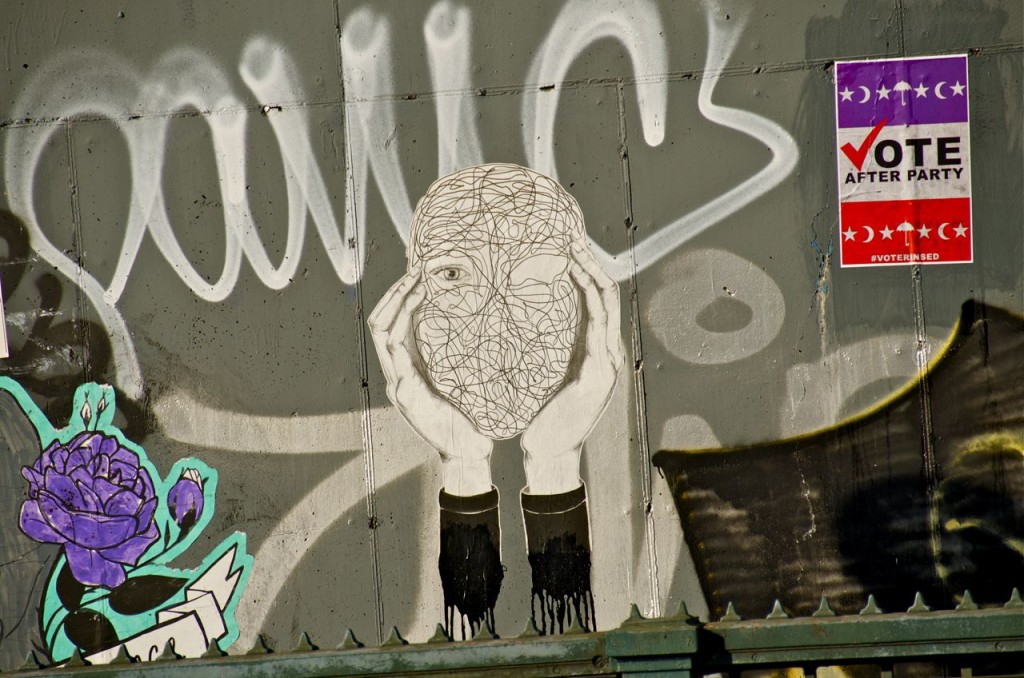 The street art outside the subway station caught my eye. This character seemed to ponder something. I gave my daughter a hug, kissed her on the cheek and told her that I hoped it all went well. I reluctantly left her side knowing that I most likely will not see her again until after the baby is born. 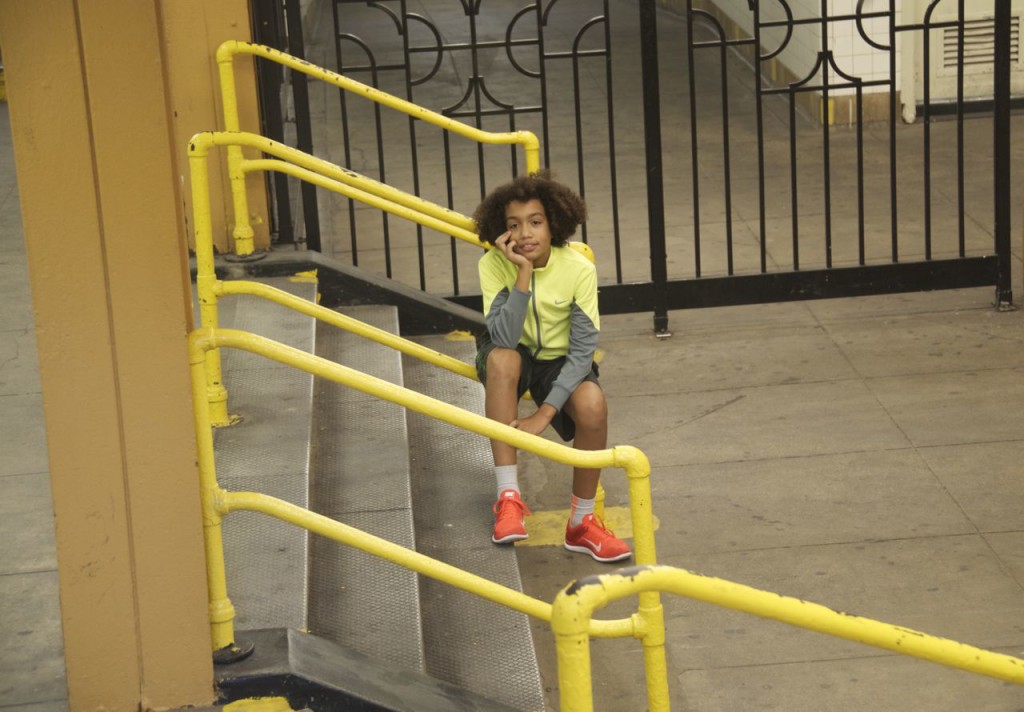 My grandson, in the mean time, had run down the subway stairs to wait for me. He looked lost in thought when I saw him. Well, he does have a lot to think about. Soon he will no longer be an only child and he’ll have a younger sister to share his life with.

24 comments for “WALKING THE DOG AND WAITING FOR A BABY”