The weather in NYC was super crazy this year. All winter the temperatures remained in a weirdly warm range and then in less than a week after the spring solstice, there was a major snow storm and the poor crocus and other early flowering plants collapsed under the freezing temperatures.

We decided to brighten our lives and spend a long weekend in Boston with our son and his wife. Boston is usually colder than NYC and I suspected that we’d spend a great deal of the weekend hunkered down in the house. 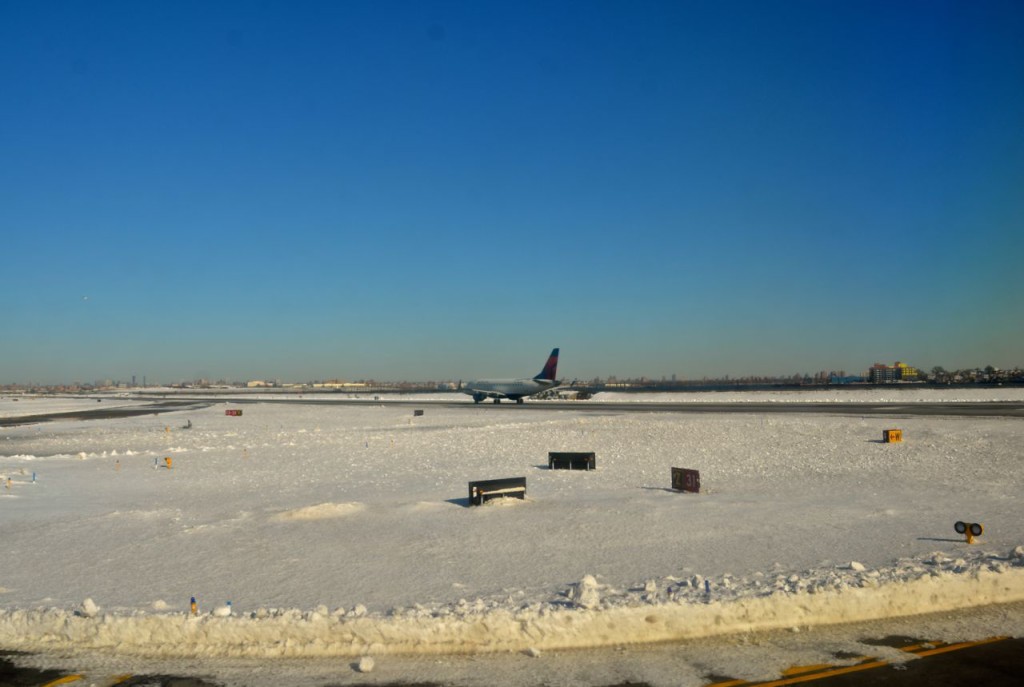 This is a photo of the snow laden runway at the NY Laguardia Airport as we queued to take off for Boston. 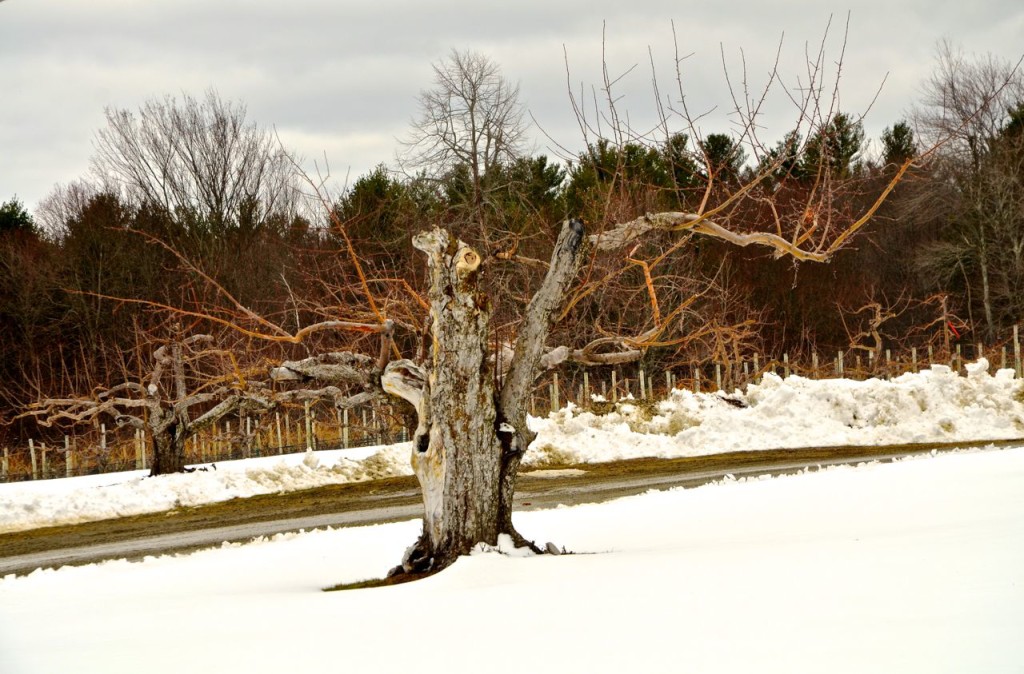 I was right. It was plenty cold in Boston. One day we ventured out and walked around Boston’s China Town. But it was so blustery and cold that by the time we got parking, most of the tall buildings radiated long dark shadows making the day feel even colder.  The only thing that saved the day was the delicious spicy Taiwanese food we had in one of the local eateries.  I hoped that tomorrow would be just a bit warmer.

But the next morning was even colder. So, looking for things to do on a freezing day, we decided to visit the Nashoba Valley Winery in Bolton, MA, a short drive from where my son lives. I don’t usually think of wineries when I think of Boston. Though there are quite a few of them in the area.

Driving into the parking lot we saw the gnarly apple trees that produced fruit for the winery’s classic hard apple cider. Leafless, the grand old  trees appeared stark and foreboding standing in a thick bed of snow. 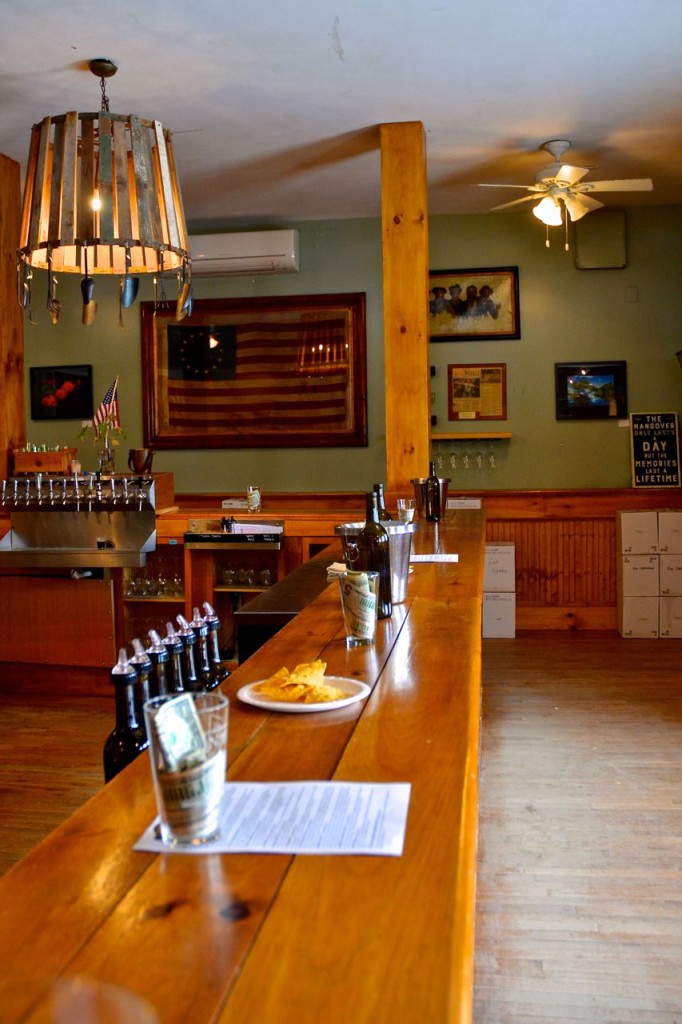 The tasting room was warm and inviting. When we first arrived there was a rowdy crowd of drinkers who had just finished eating brunch at the adjoining restaurant. They quickly guzzled up their quota in the tasting room and then went out the door and probably home to take a nap. 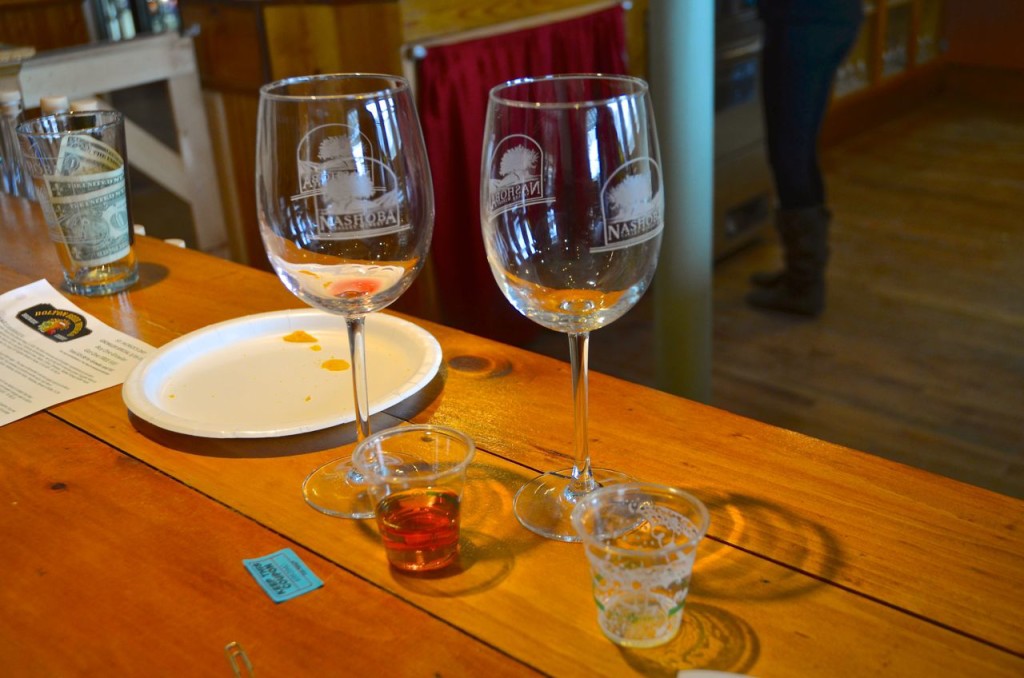 We tasted a white, a couple reds, the local beer and then we each took a sip of the fifteen year old whiskey. Not bad! My son, who has become a very good cook, purchased a Pinot Noir to go along with the pulled pork that he’d put in the slow cooker before we left for our day’s excursion. 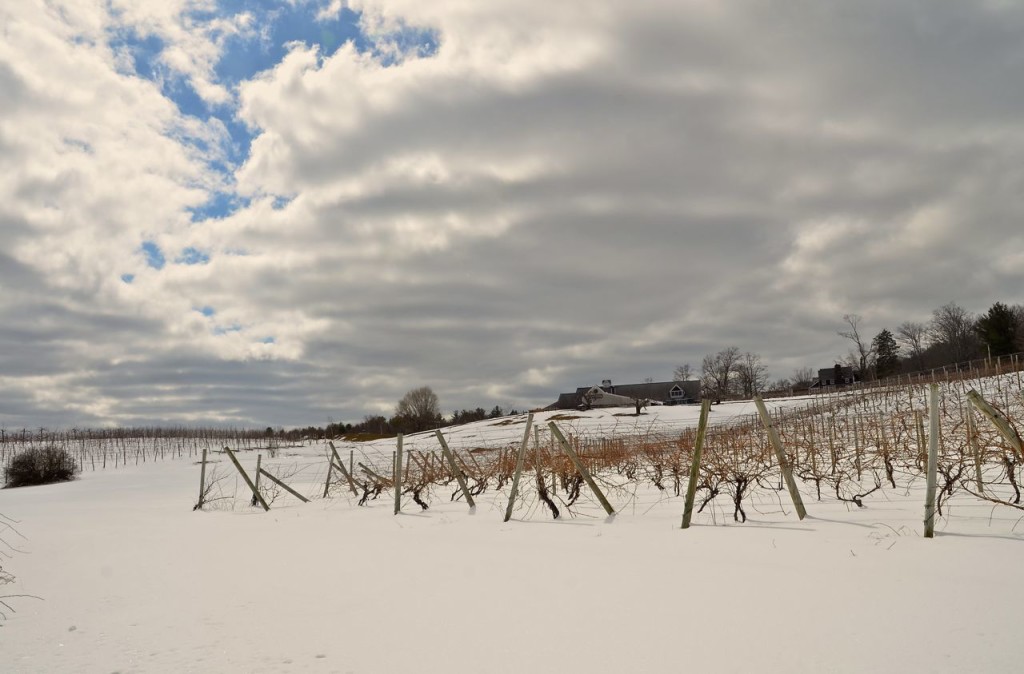 The vineyard, a barren, frigid scene, belies the luscious warmth of the beverage it will eventually produce. 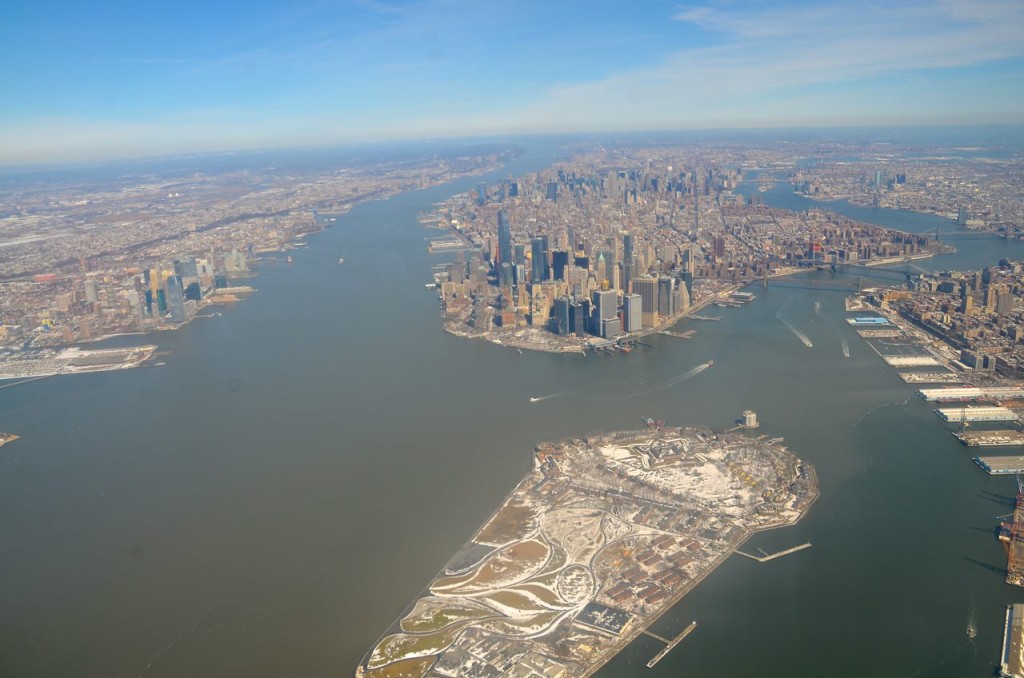 The weekend went too quickly. It was time to pack our bags, head to the airport and make our way back to NYC. The weather was still quite cold, yet the sun, as brilliant as on a summer’s day, did little to warm anything but our spirits. 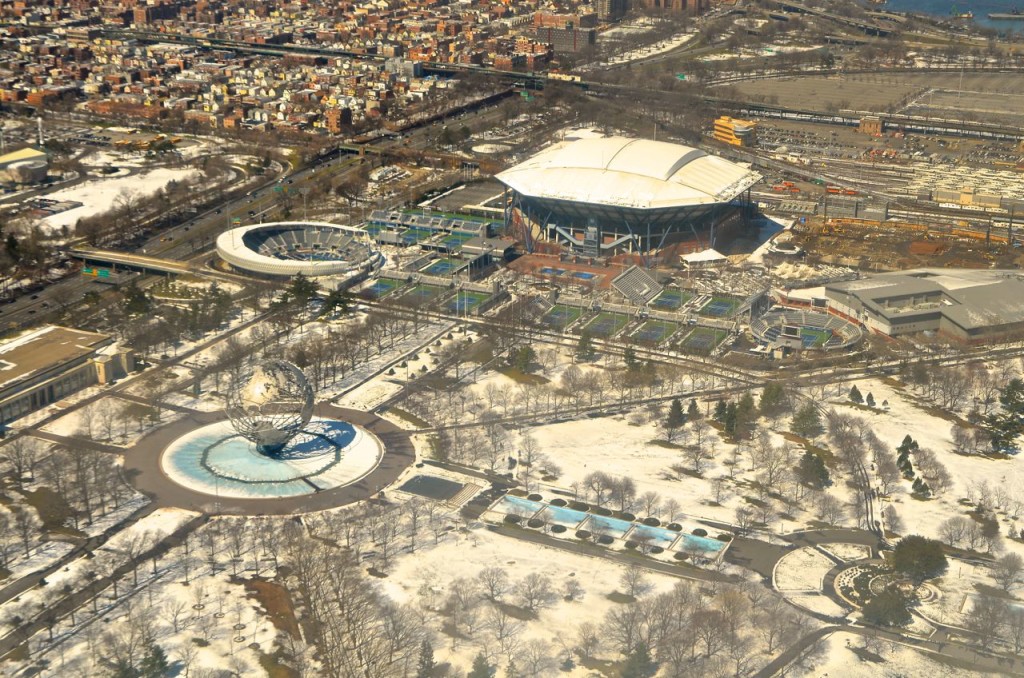 As the airplane circled around the city, slowly descending, we got a good view of an area in Queens called Flushing, where the 1939 Wold’s Fair was held. It’s now a park with a children’s science pavilion and lots of interesting walkways. Adjacent to the park is where the US Tennis Open takes place. 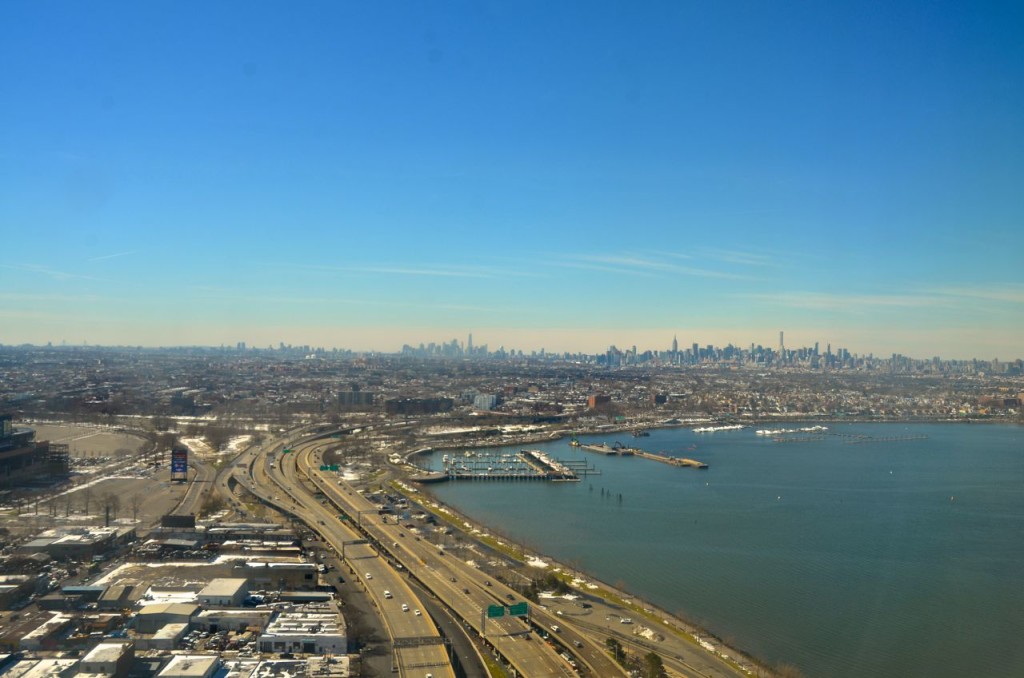 The plane dipped slightly to the left, the engines slowed to a hum and we got a great view of Manhattan in the background. Most of the snow had melted and now there were only small white patches visible. It was a brilliant day to be coming home.

12 comments for “A LONG WEEKEND IN BOSTON”