This has been an exciting and rewarding week for me. My novel, Fish Kicker, is not only an ebook, it’s also now published as a paperback. I’ve been writing a long time and there’s been plenty of ups and downs over the years. But I’ve loved every minute of this writing journey. So, to celebrate having a paperback copy of my novel, I bought this beautiful plant. 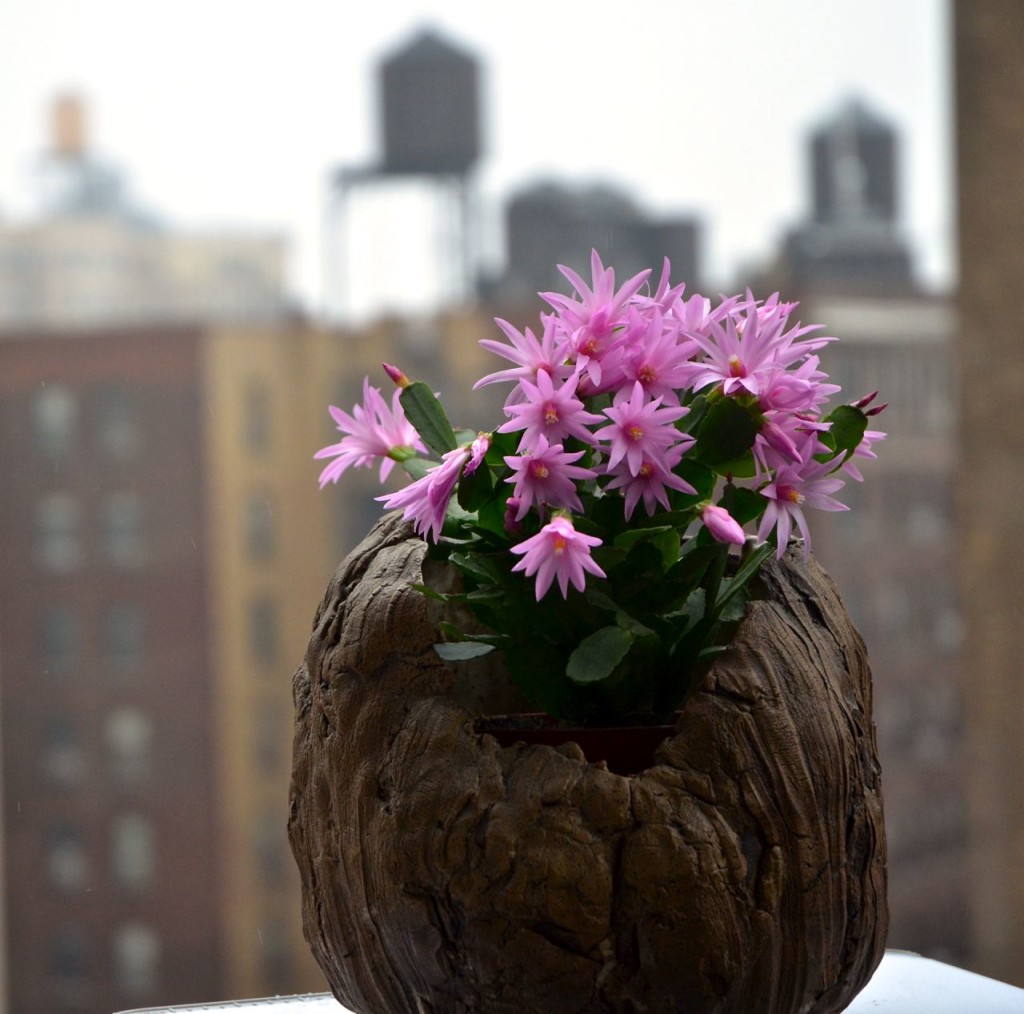 It’s called a Spring Cactus, sometimes referred to as an Easter Cactus. This particular plant is named Hatiora Rosa. I have never seen such a beauty before and it had to come home with me.

Though my plant came from a flower shop, these types of plants are originally from the cloud forests in southeastern Brazil. At this point, though they are still found in the high reaches of the forests, they are becoming classified as ‘near threatened’ because of urban development.

The pot it’s in is one of my creations from another lifetime when I was not only a writer, but a potter as well. Most of my pottery by now has either been broken or given away. But this pot has survived and I rather like the uniqueness of this one. It was fun to make because unlike working on the potter’s wheel, this piece was constructed by beating the heck out of the clay with a stick and then pushing and manipulating the clay so that it looks distressed. It’s put aside to dry and then before it’s fired in a kiln, the outside is rubbed with iron oxide. When it comes out of the kiln it looks like this.

So, now I’m off to write the next novel. I have a strong beginning to a story, a squishy middle and an ending. And I have a title, Wild Mushrooms. All I have to do is shove some more stuff into the middle and then I’ll have another novel under my belt. But at the moment this seems like an awfully difficult task because it appears that I’ve forgotten how to write. Other authors have said this also, that it’s hard to get a new project up and working on the heels of a recent publication. I’ll do it. I know that I’ll get it written. Though what’s going through my mind at the moment is something like, “Now how do I that?” One word at a time, that’s how it gets done. One word at a time!

14 comments for “MY NOVEL ‘FISH KICKER’ IS NOW A PAPERBACK”