A LONG STROLL THROUGH THE STREETS OF AMSTERDAM, ENDING THE DAY WITH A COOL CUP OF ICE CREAM

This would be our last day in Amsterdam before we head off on an trip along the Baltic Sea. The day started out very comfortable, cool weather that everyone in Amsterdam says is illusive and changeable by the hour. We set out to do a walk-about knowing that in two weeks we’ll return again. There was no rush to see it all. 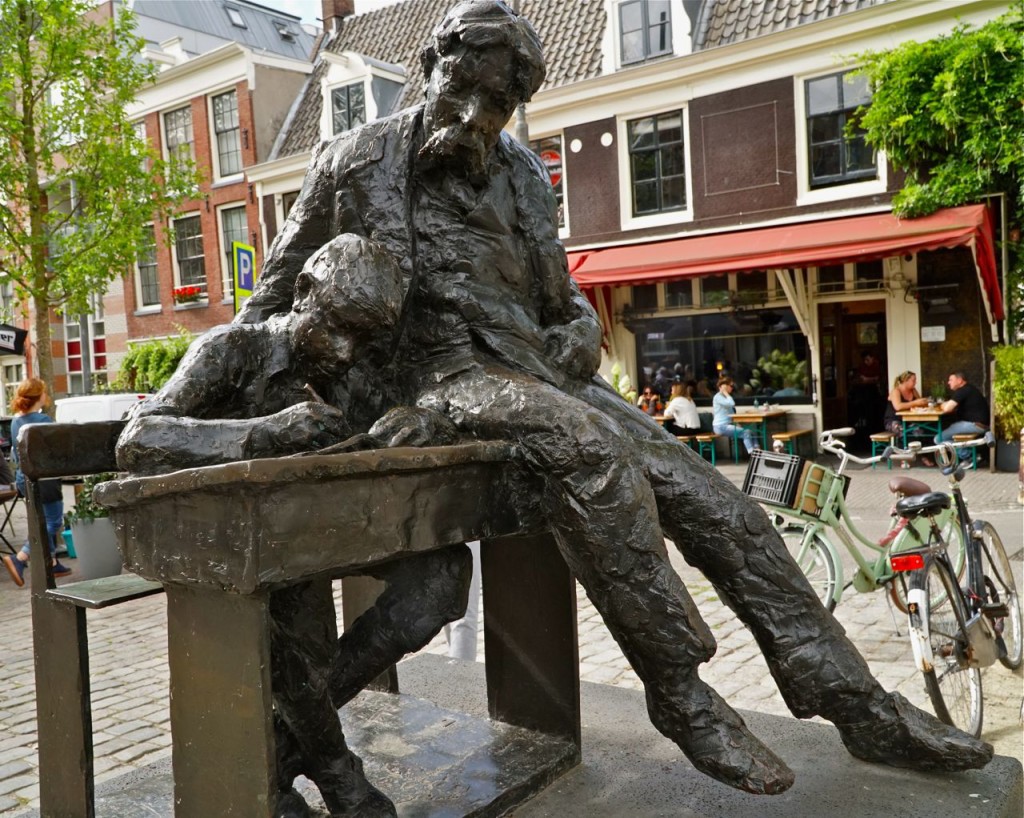 There is a statue of Theo Tijssen just outside our hotel. Theo was an important educator in this country at the turn of the century. He wrote several novels, one of which is still mandatory reading for high school students. 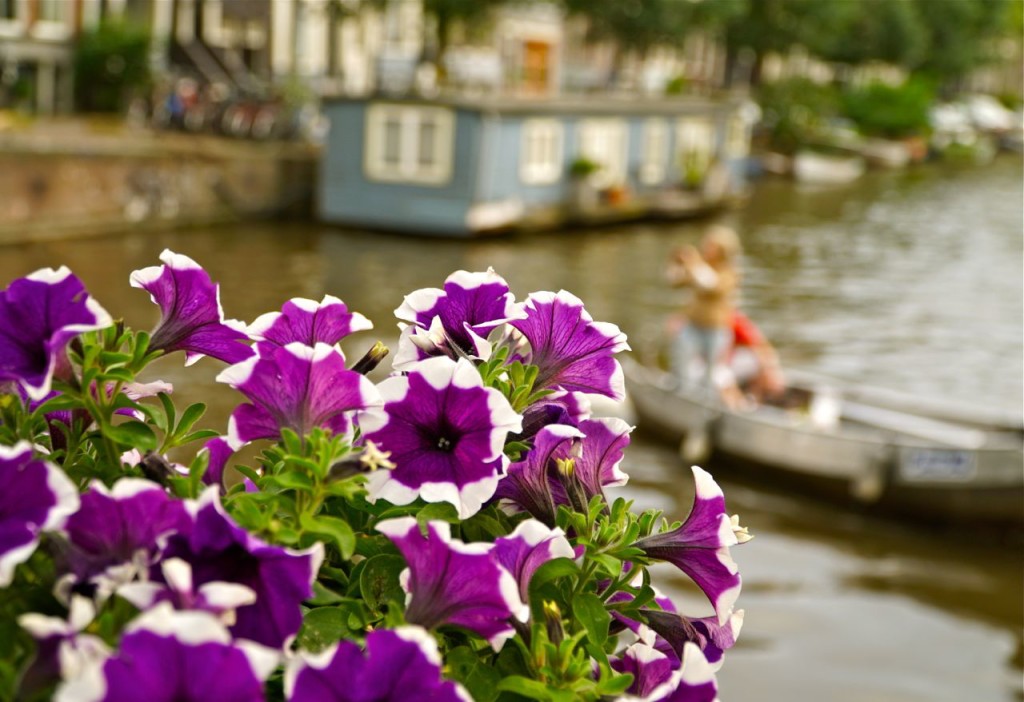 August is not tulip season. But you would think that this country was known for it’s petunias, because these beauties are everywhere. There are purple petunias, pink petunias, and every color of petunias that you can think of. Window boxes line the canals, adorn the terraces of the homes and in some areas of this city there are petunias everywhere. 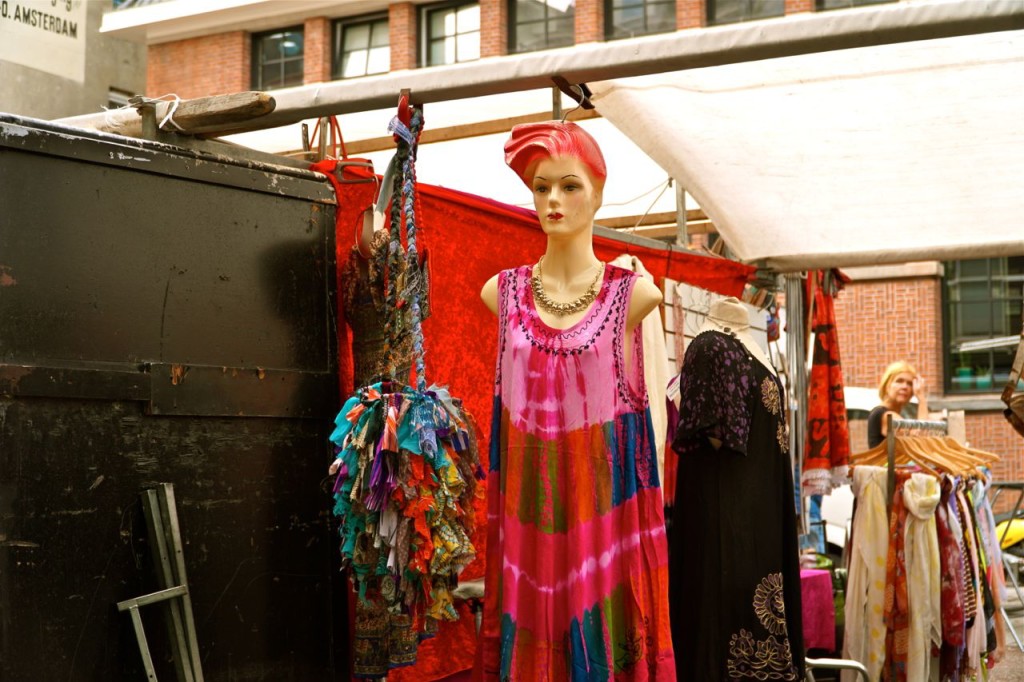 Once we figured out which way to go, we walked and walked, finally reaching what is considered the largest open-air market in Europe. It spreads out for blocks and blocks. We purchased a few items, but we were overwhelmed by the huge number of booths and choices from which to choose. There were vintage items, run of the mill t-shirts, handbags, jewelry, and quick frankly after a while it all began to run-together and I couldn’t tell one stall from the other. I am a sucker for a good street market, but this place certainly tested my endurance for shopping.

But there are many flea markets, Saturday markets scattered throughout Amsterdam and when we come back in a couple weeks, I intend to visit as many as I am able. 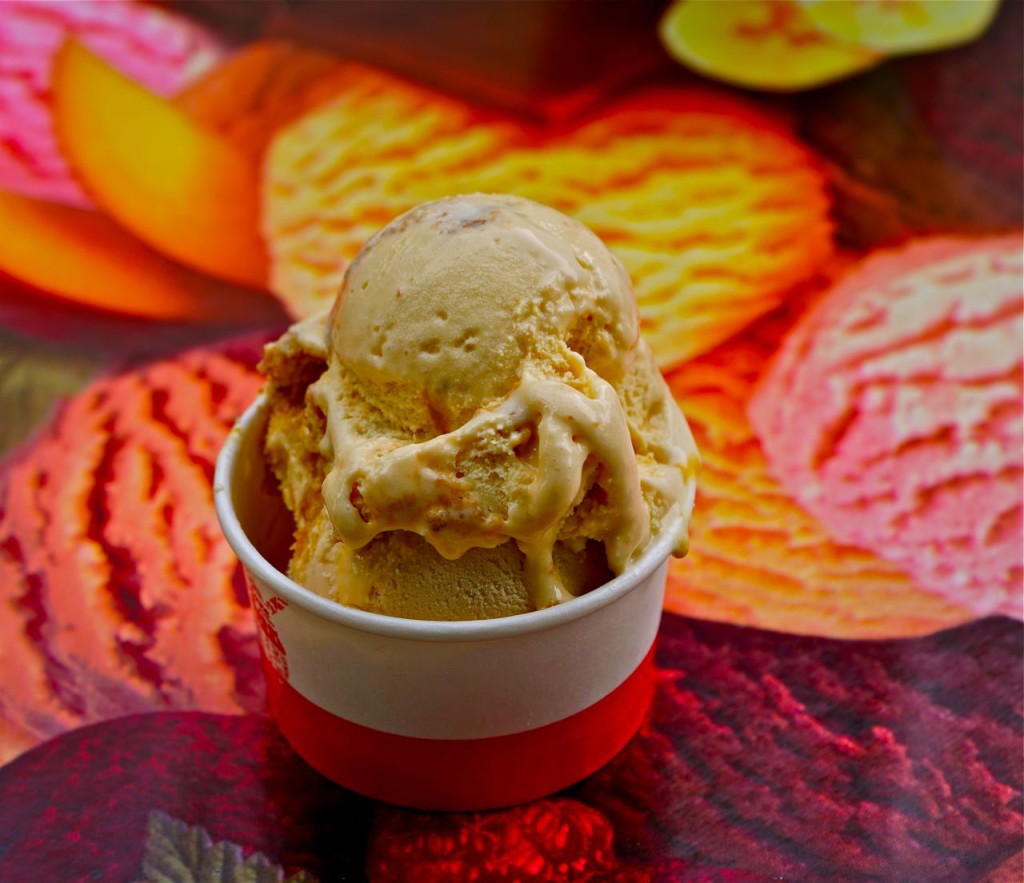 At one point, after trekking along the streets of the flea market, we turned onto a side street, lured by a sign advertising ice cream. The weather had turned warm and sultry, a storm was coming. The air was stagnant and heavy. Sweat ran down our temples and the shirts stuck to our backs. Ice cream. Yes! There were many flavors to pick from, just as in the USA. I selected a scoop of carmel and a scoop of vanilla. My husband, well he’s a chocolate kind of guy.

This was not the ice cream place that is touted as the best ice cream place in all of Amsterdam. That establishment only serves vanilla. It is supposed to be the nirvana of vanilla and we vowed that when we return in two weeks, that this would be one of our intended stops.