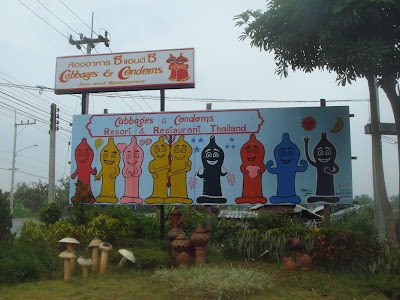 We took a curious side trip in Thailand to a place called Cabbages and Condoms. It’s a restaurant and resort created to provide financial support for the PDA (Population and Community Development Association). PDA is Thailand’s foremost non-governmental charitable organization that was founded in 1974 by Mechai Viravaidya, the former Thai Minister of Health and one of Thailand’s leading philanthropists.

PDA provides education about birth control, environmental conservation, rural development and AIDS awareness. The aim of the group is to make condoms as common –and as accepted—as cabbages. In Thailand cabbages are a staple part of the diet, they are grown in all the villages, they are everywhere and everyone uses them. PDA proposes that if condoms could be as common and used as often, then some of the population and health problems facing Thailand could be overcome. 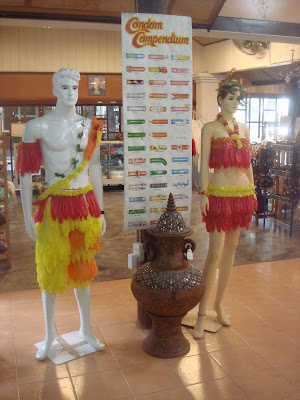 In publicizing PDA and its efforts to educate the population of Thailand, Viravaidya has passed condoms out to international bankers and CEOs at major conferences and has paid farmers to paint ads and public service announcements for condoms on the sides of their water buffalo. 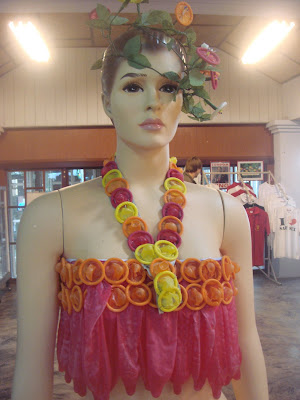 Though I did not have a meal at one of the Cabbages and Condoms eateries I heard that they offer really quite good food and that in their décor they also continue to promote the health and safety aspects of condom use in a fun and amusing manner. There are several Cabbages and Condom restaurants throughout Thailand. One of the restaurants boasts of having the world’s largest collection of national brand condoms and they are displayed around the walls. Instead of serving after dinner mints, there are bowls of condoms located at the exits.

When we arrived at one of the restaurant it was closed but we visited the gift shop and gathered up a few interesting shirts with the Cabbages and Condoms logo and a few other items that were made by the local villagers. Everyone took photographs of the manniquins dress only in colorful condoms and then we had a very good cup of coffee and bought some cookies made by a local baker. And I have to tell you that the clerk in the gift shop did not offer condoms to our bus load of tourists. 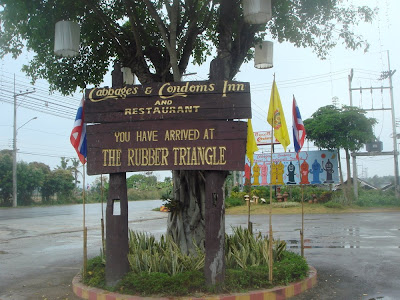