It was Wednesday, the day before Christmas Eve. We were on our way to Brooklyn to babysit the grandkids. This has been a trying time for us. Health issues have become a serious consideration. Hanging out with the grandkids would certainly soothe our anxious souls. Though we would soon learn that the subways were not cooperating. There was a fire on the uptown tracks. That meant any train coming downtown, heading to Brooklyn, would quite likely be seriously delayed. We got out at 59th Street to make a connection. So did a couple hundred other folks. The longer we waited the larger the crowd of agitated commuters grew. 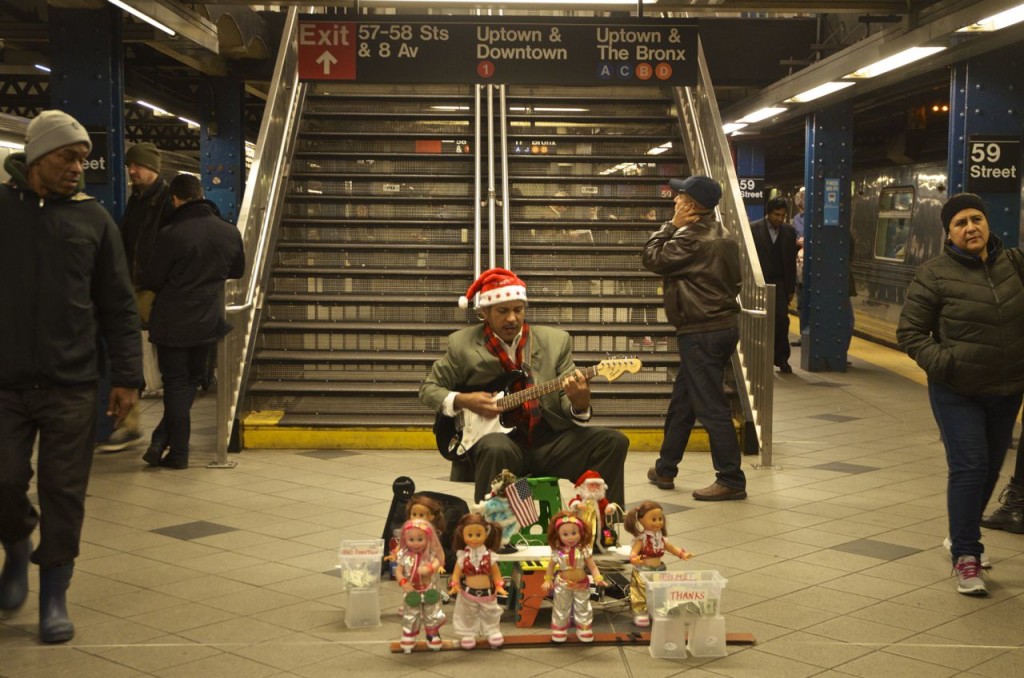 For the last couple weeks, on our weekly trips to Brooklyn, we’ve seen this guy singing Holiday songs at this same subway stop. His dancing dolls are quite a crowd pleaser, though after a while I have to tell you those Christmas carols were getting on my nerves. This was not this musician’s first ‘rodeo’. This street musician has seen plenty delays, and after a while, as the number of waiting commuters built up, he changed the tempo and played lively rock’n roll music. The dolls wiggled and gyrated, the travelers smiled and, hey, it’s worth a buck to have your mood changed from impatience to bopping to a jivey tune. 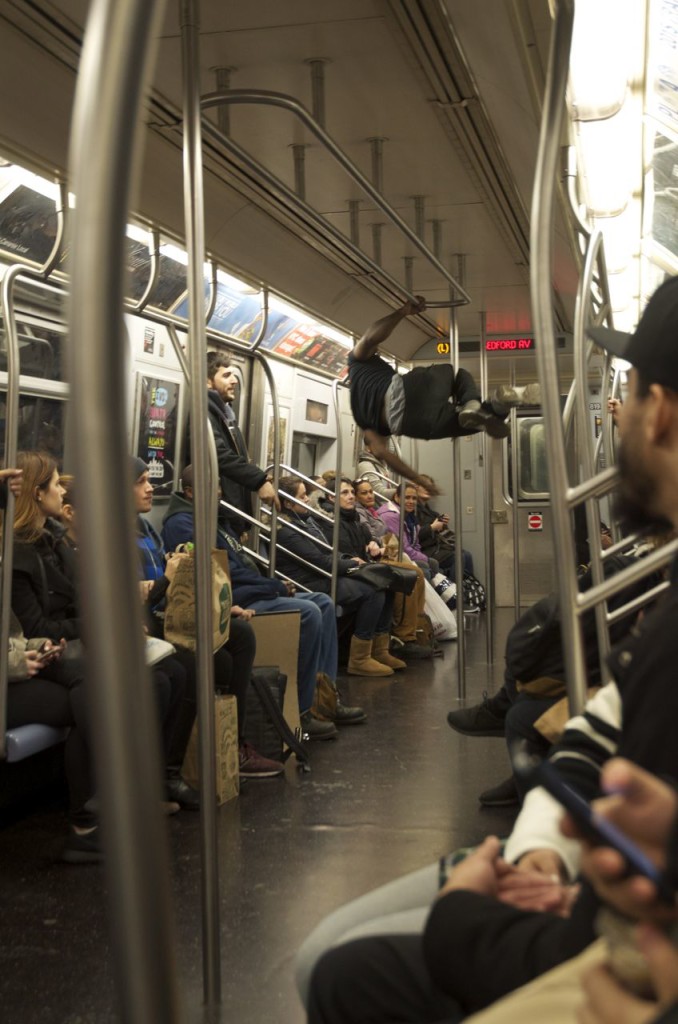 A train finally arrived. There’s no telling what you might encounter while riding the subway. That day we were entertained by a crew of young men preforming acrobatics on the train. It was an interesting beginning when one of them said, “No one moves and no one gets hurt.” Then a very muscular guy jumped up and swung around on the hand rails with expert execution. That’s when I got, “don’t move” or you might get kicked in the head. 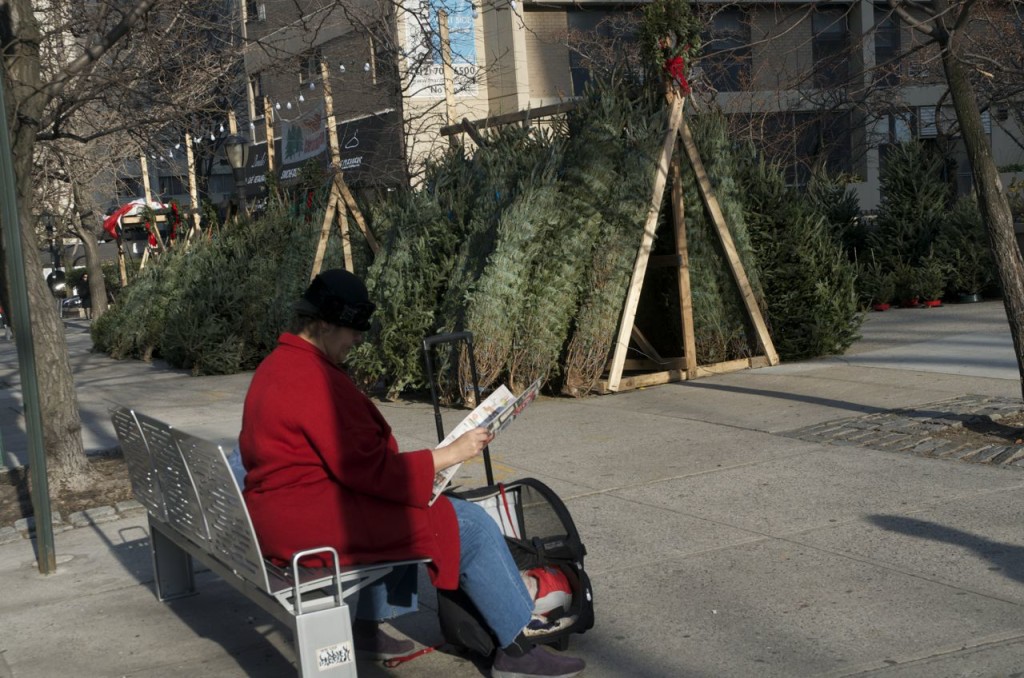 Let me digress a bit and tell you about the hometown feeling of NYC in December. Street benches have been permanently erected in some communities. This woman has stopped for a short sit-down after walking her small dog in its stroller. There are Christmas tree vendors dotted all along the streets in my part of the city. The smell of pine is wonderful in the early part of the month. Though there is no longer a smell of the forest as we get closer to Christmas Eve. 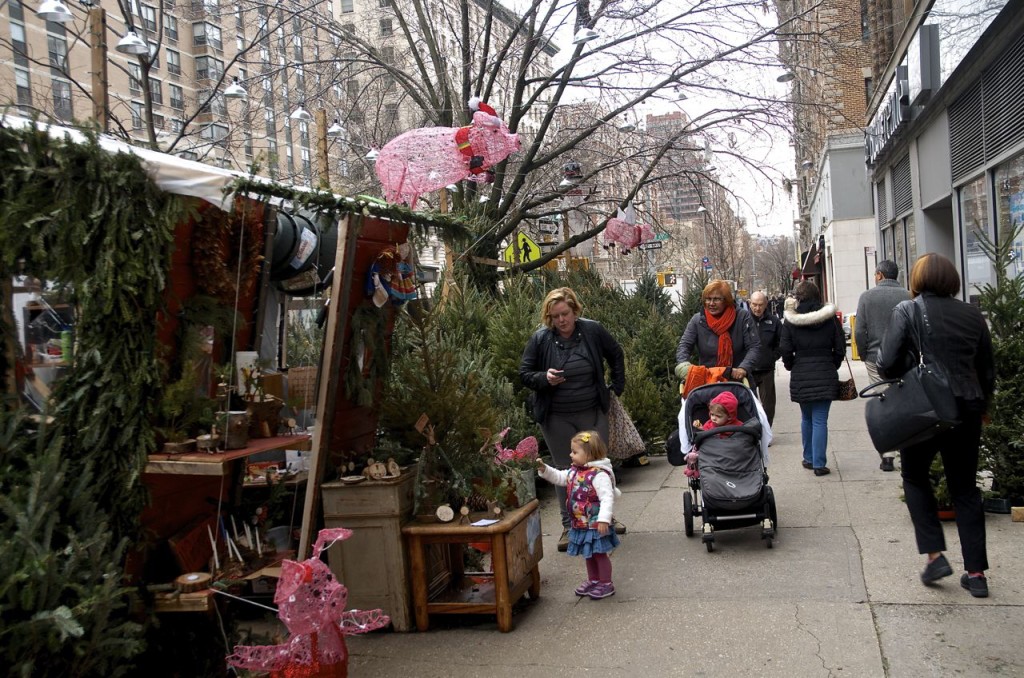 Christmas tree sales are brisk. Each vendor sets up their location with a personalized touch. I particularly like to pass this Christmas tree stand with the flying pink pigs hanging in the trees. I bought my tree from Sam, a jolly Canadian. He travels down into the USA each December to sell trees. He works for a mega fir tree business that makes all the arrangements with bureaucracies involved in selling trees on the streets of NYC. The rest of the year Sam is a Wilderness and Ski Guide. Though he prefers life in the country he likes selling trees in the big city. He likes the people he meets. The dry cleaners nearby washes his clothes for free. The Pizza parlor up the street gives Sam and his workmates any leftover pizza when they close their shop. No matter what the weather or the time of day, I never saw Sam without a smile. 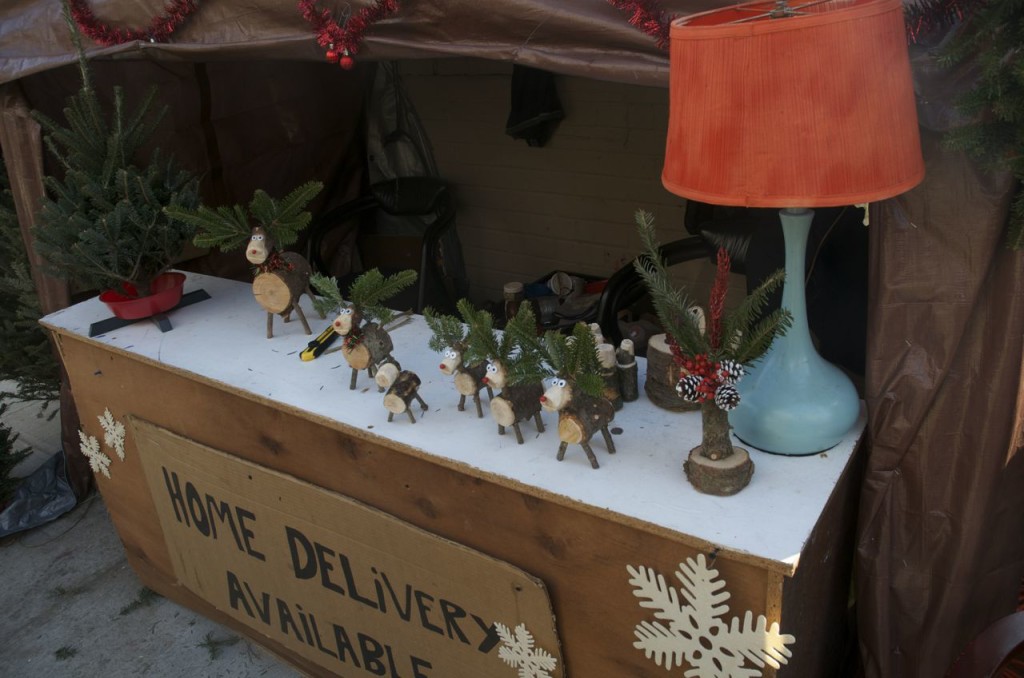 All the tree vendors in NYC have crude shacks that provide some shelter from the harsh winter weather. Some vendors bring with them small trailers that they slip into during the early morning hours, though there is always someone on duty 24 hours a day. Last year Sam said someone stole one of his trees. He chuckled and said, “The guy grabbed a tree and took off running up the street.” During down time Sam and his buddies make these cute pine animals. This year they got an order to make 17 small deer for a woman who was giving them as gifts to co-workers. 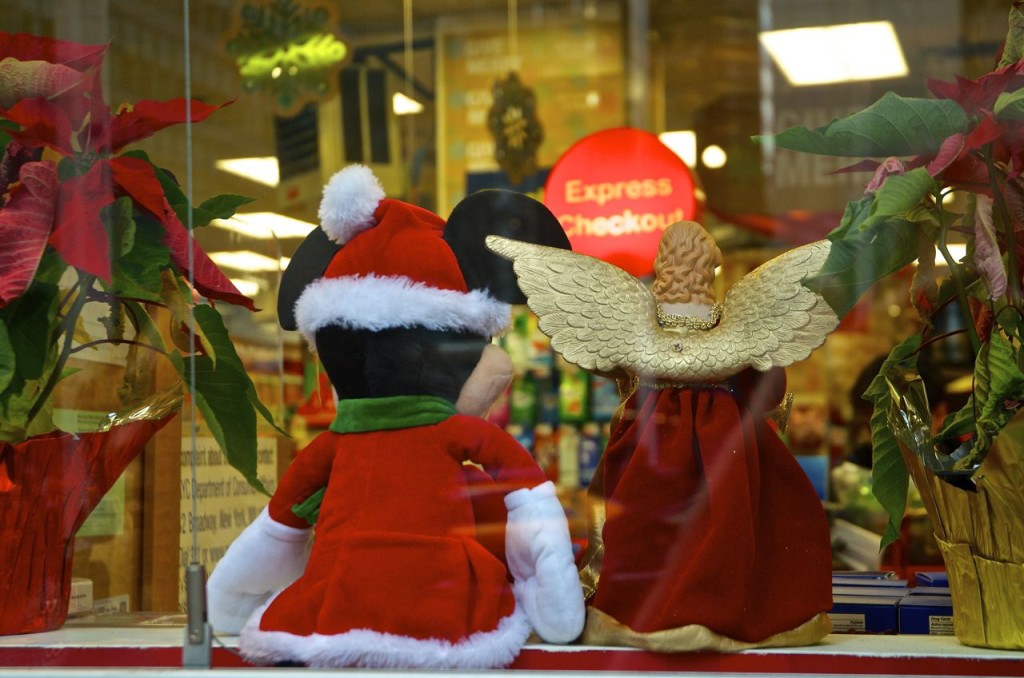 There is a drug store on almost every block in some areas of the city. I was drawn to the window of this mega drugstore. I first saw the plastic angel and the stuffed Micky Mouse doll perched on a windowsill next to each other with an Express Checkout sign in the background. I thought what a curious couple. Then I saw the sadly neglected poinsettia plants. I guess the staff was too busy to remember to water these dying plants. 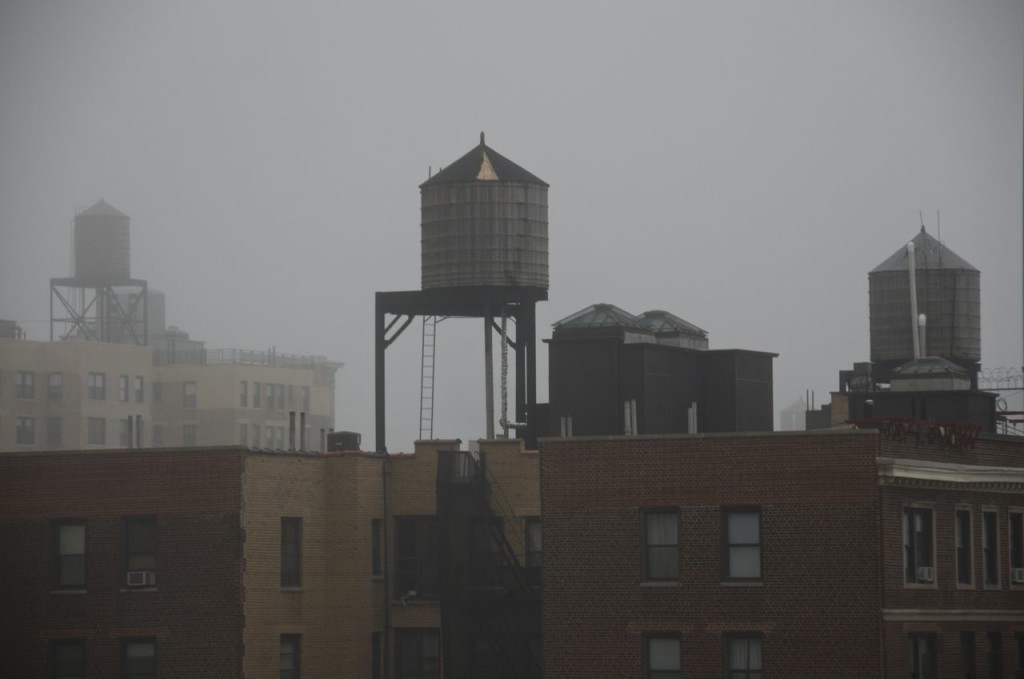 It really hasn’t been much like winter this year in NYC; no snow, very little rain, and only a day or two with fog. And though it was only a few days from Christmas, the temperatures remained in the low 60s and high 50s, not much like a Yuletide season, if you ask me. 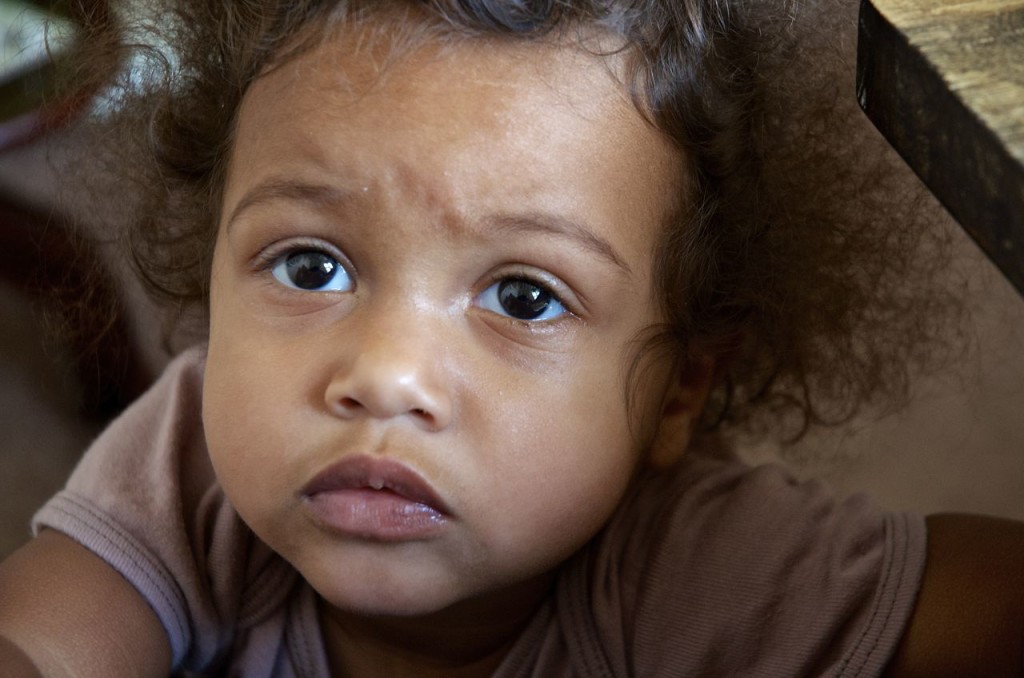 We have this saying around our place, “If we’re in Brooklyn, it must be Wednesday and we’re taking care of the grandkids.” Our youngest has recently turned one year old. She was not her happy self when we arrived. It seems she’s getting some new back teeth. 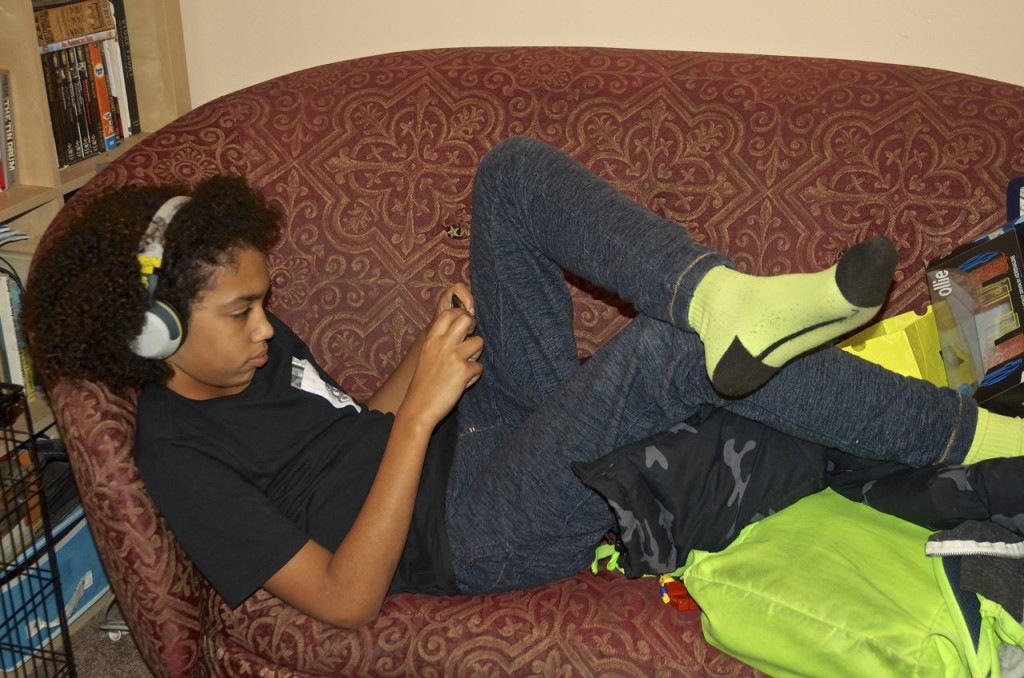 Our grandson comes home after school, dutifully does his home work, hangs out with us for a short while, and then, like a normal preteen, listens to his music and plays video games. Life is sweet. 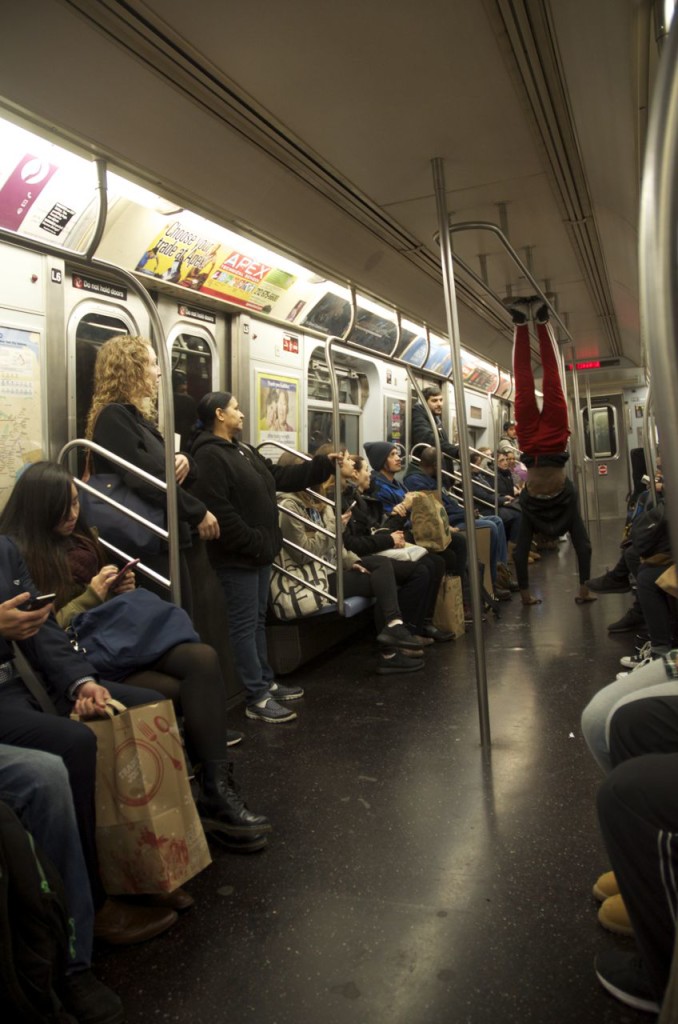 On our way home, after our baby sitting duties were finished, I wondered if we’d get another performance group to entertain us. But no such luck. Though I thought you’d like to see one of the other photos I took of an acrobat who managed to turn the hand rails into a gymnast’s playground. 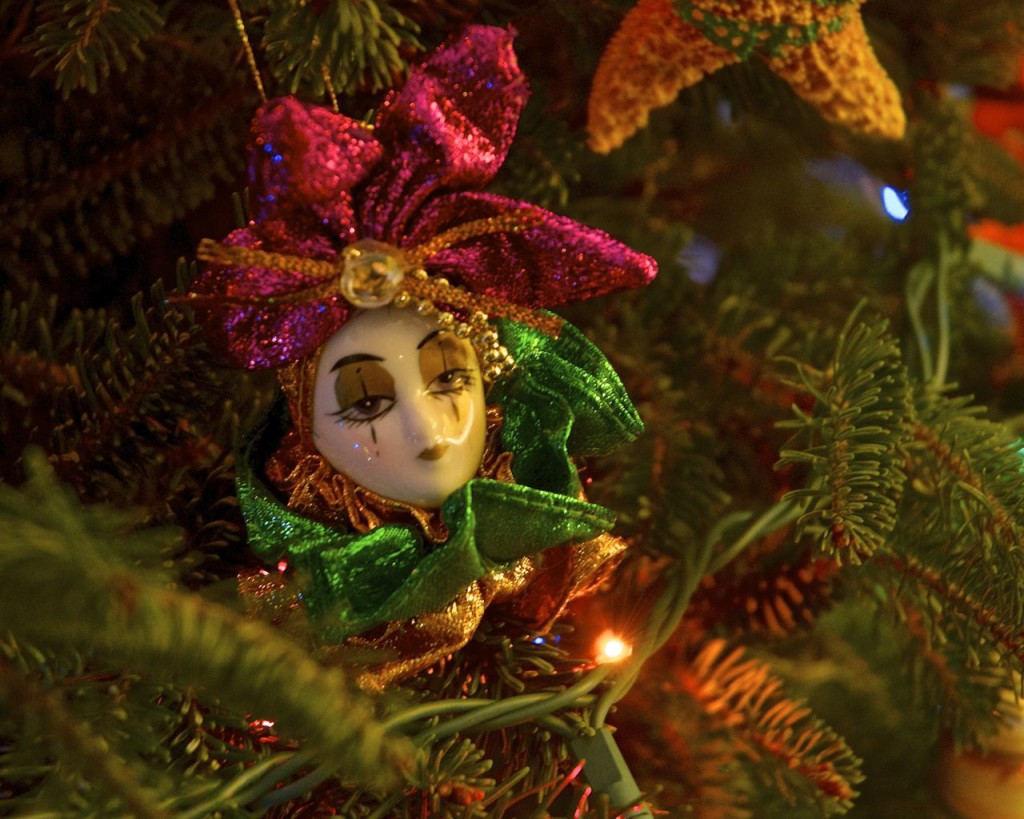 One of the fun things about the Christmas Holidays is being invited to tree trimming and winter solstice parties. The food, the drinks, the gay colors and lights make the winter blues melt away. 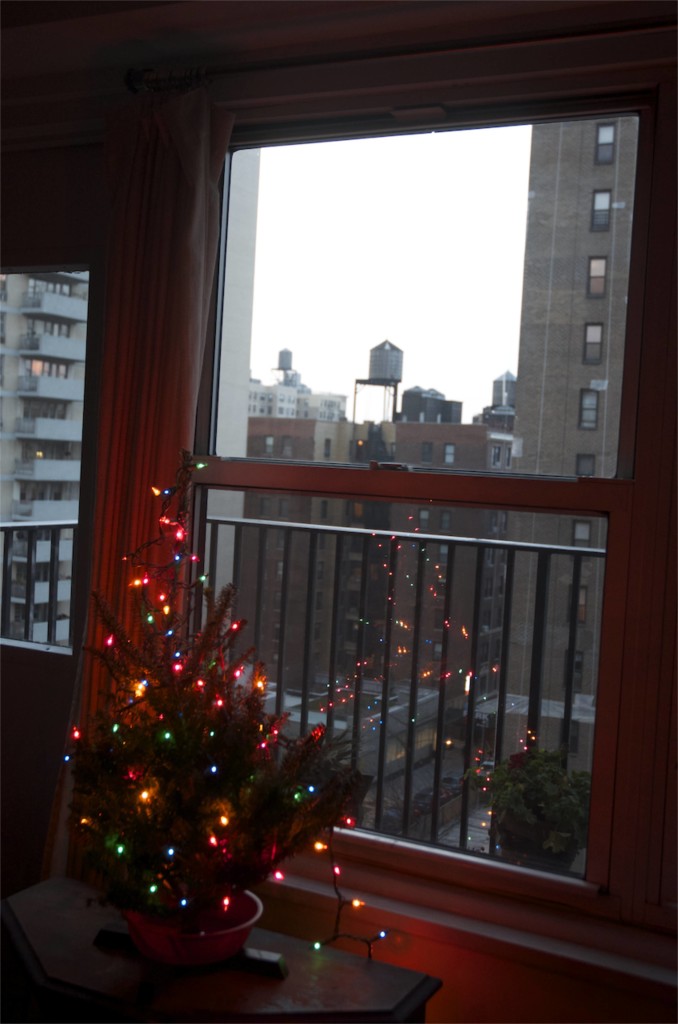 This was the tree that I bought from Sam. It’s a lovely plump tree that doesn’t quite stand two feet tall. We decked it out in lights this year and I smile when I see it lit up. There was a time when our Christmas trees nearly touched an 8 foot tall ceiling. Our kids always wanted the tallest of the bunch on the tree vendor’s lot. I have some very sweet memories of being a mother with a young family; the tree trimming, the baking, the gifting, the surprises, the lovely gentle excitement of a magical time. These memories are tucked away now and I tell them to my grandson, who wants to know what his mother was like when she was a girl about his age. I tell him about all the homemade decorations she used to make for the tree. He is a lovely soul and seems more excited about what he’s giving than what he might receive.

Life is different for my husband and I now. We live alone, and have for quite a while. It’s a good life. We don’t need a big tree. I baked some delicious goodies this year. They didn’t last long. I always get a little melancholy around this time of year. Not sure why. This year I’m blaming the warm weather.

← CRANBERRIES — AN ARTICLE IN KINGS RIVER LIFE
WEEGEE; A BRIEF ANATOMY OF A CRIME PHOTOGRAPHER →

13 comments for “Christmas in New York”