In the last couple of months I’ve neglected this blog because I’ve been busy revising, with the help of a copy editor, my novel, “Fish Kicker.” Here is a brief synopsis of the book: “A young mother, native to Alaska, struggles to save her life from alcohol abuse and regain the custody of her daughter. Complicating her struggle is a borderline psycho who stalks her when he realizes she might have seen him murder an associate of his.”

I’ve made quite a few visits to Alaska and I’d like to take you on a virtual photo and literary tour. One of my three sisters lives up there and she’s the one who initially gave me the idea for my main character, Sharon. I had such fun writing this novel and I can never thank my sister enough. 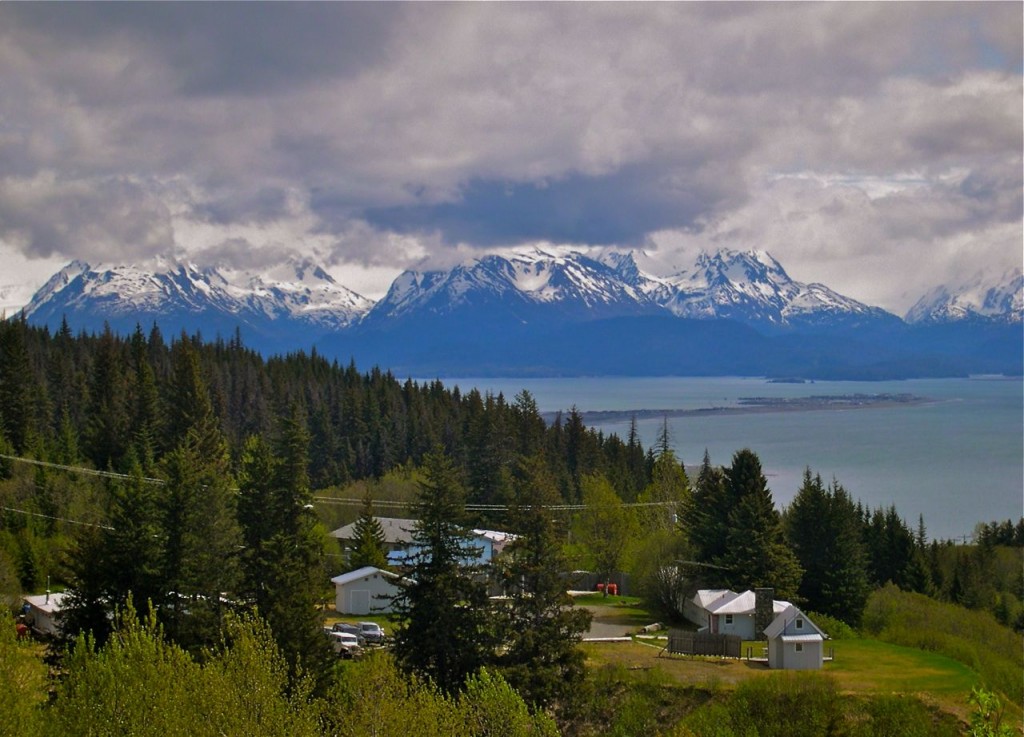 I don’t care where you drive in Alaska, there’s always something dramatic and beautiful to see.

The story starts out with Sharon, my protagonist, working in a fish weigh station. She’s been living on the skids for a year trying hard to keep from falling back into the bottle. It’s a lonely life and much of the summer she’s lived in the woods making an abandoned hunters shelter into a makeshift home. Life gets complicated when a murder has been committed in the area and rather than sticking around and get pulled deeper into the situation Sharon hits the road. 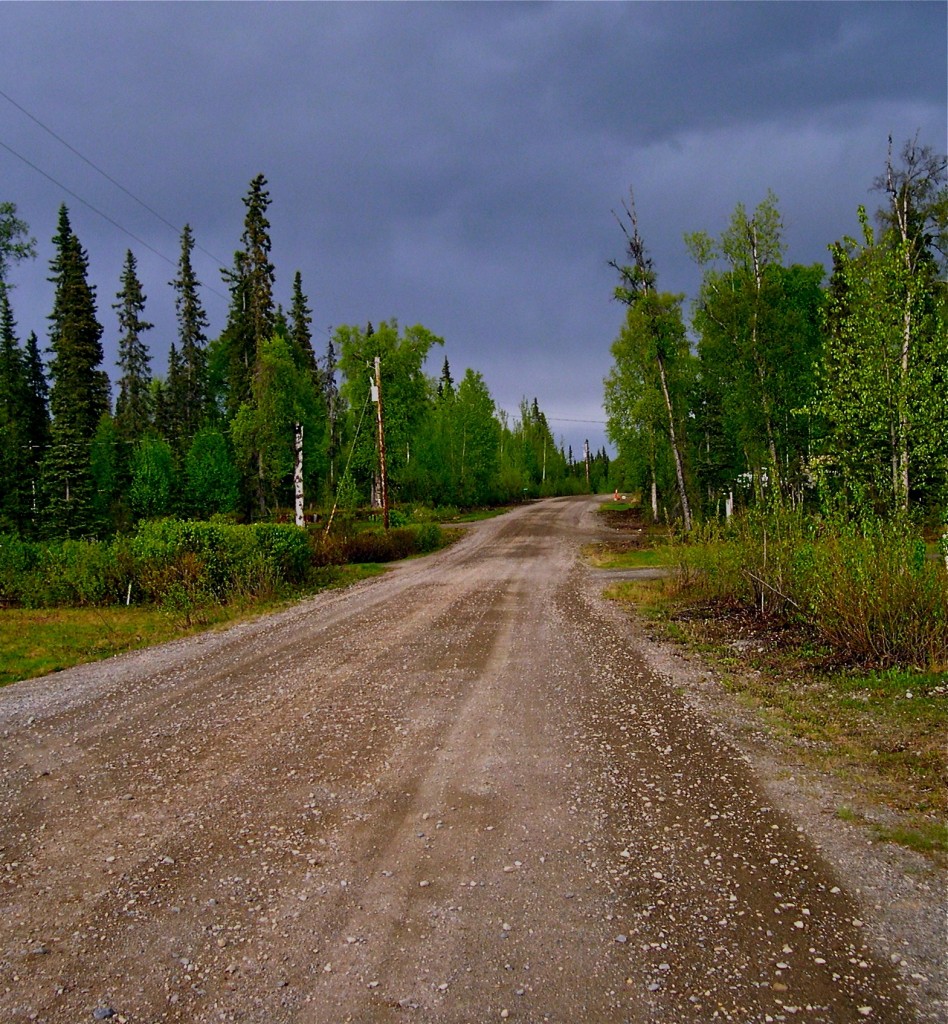 Sharon wanders for some weeks traveling the back roads wondering what to do next, but the weather is turning cold and  she knows that she’ll have to settle some where eventually before winter takes hold of this land. 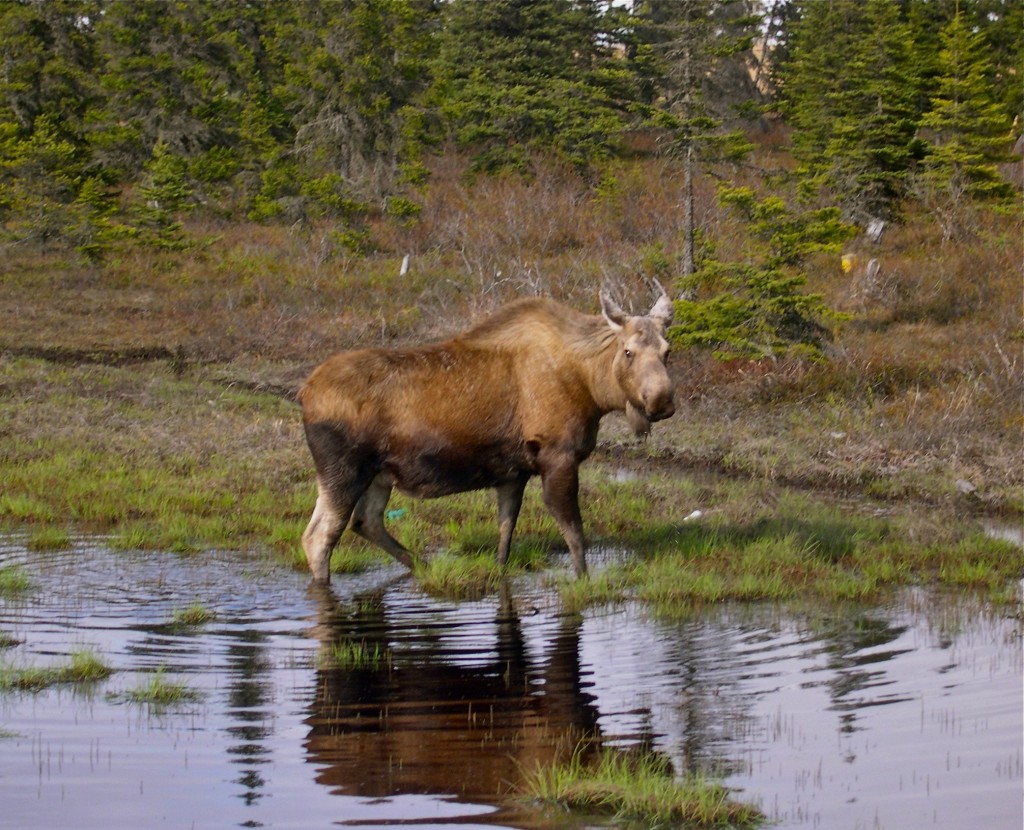 It’s a rugged country and Sharon frequently struggles for survival as if she were one of the wildlife. 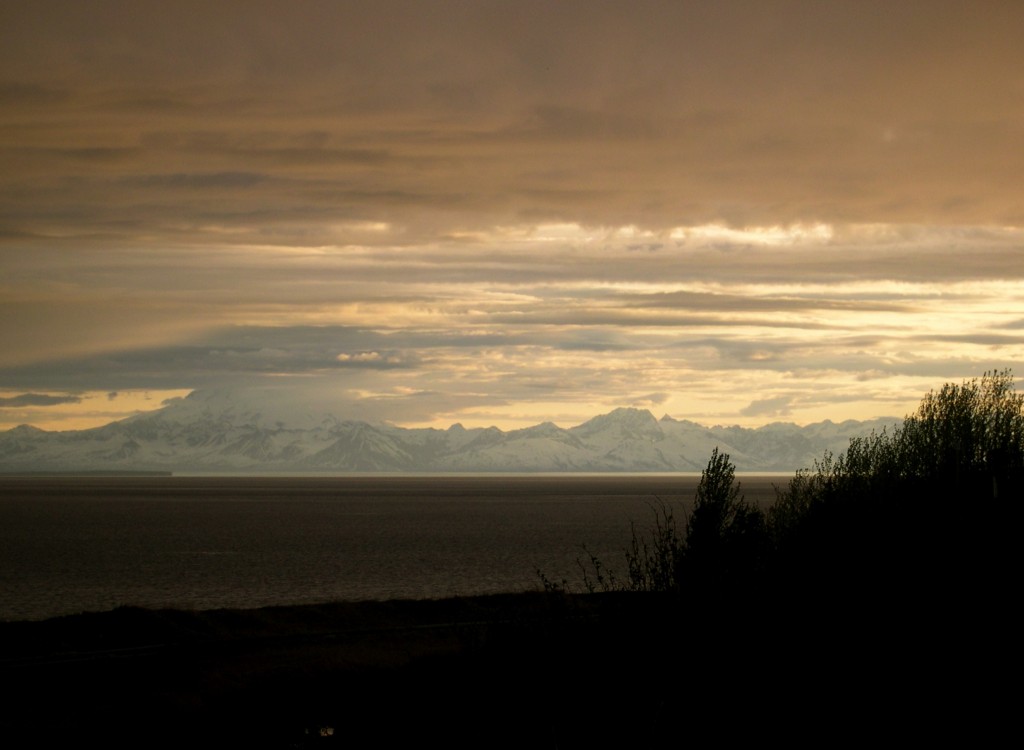 Sharon spends many evenings sitting on a bluff overlooking the Cook Inlet, watching a volcano, Redoubt, smolder and cause tremors in the Kenai Peninsula. 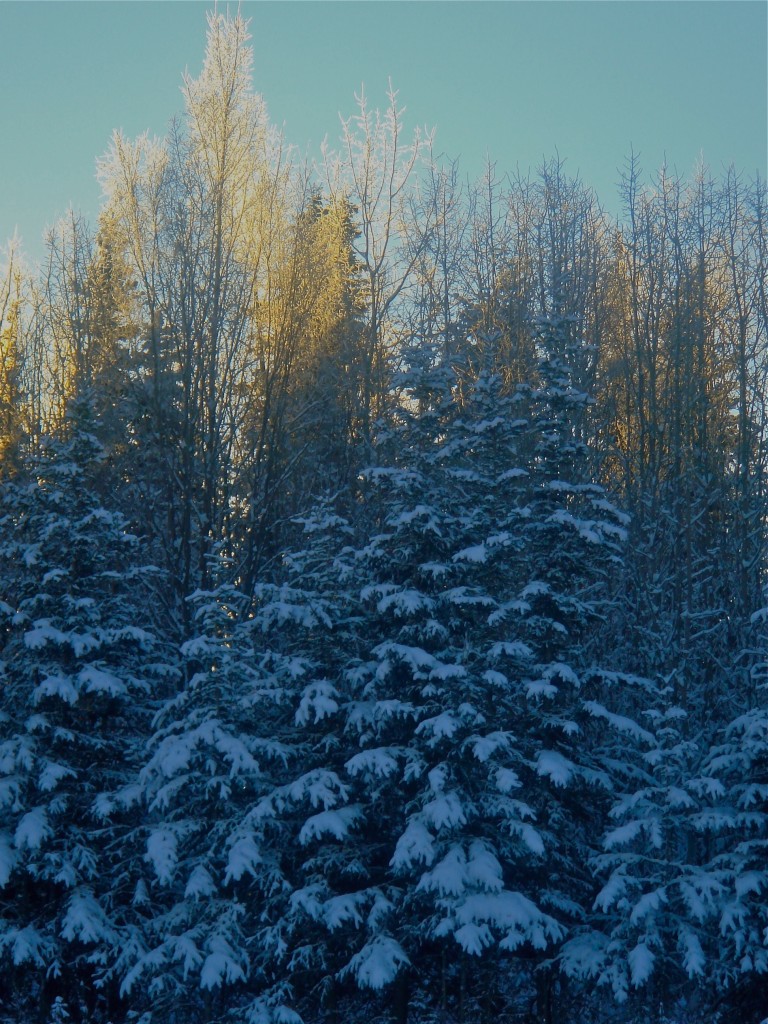 The cold weather arrives and Sharon finds a job as a fry cook in a local bar. She struggles to get custody of her daughter while coping with the psycho who thinks she saw him commit a murder. 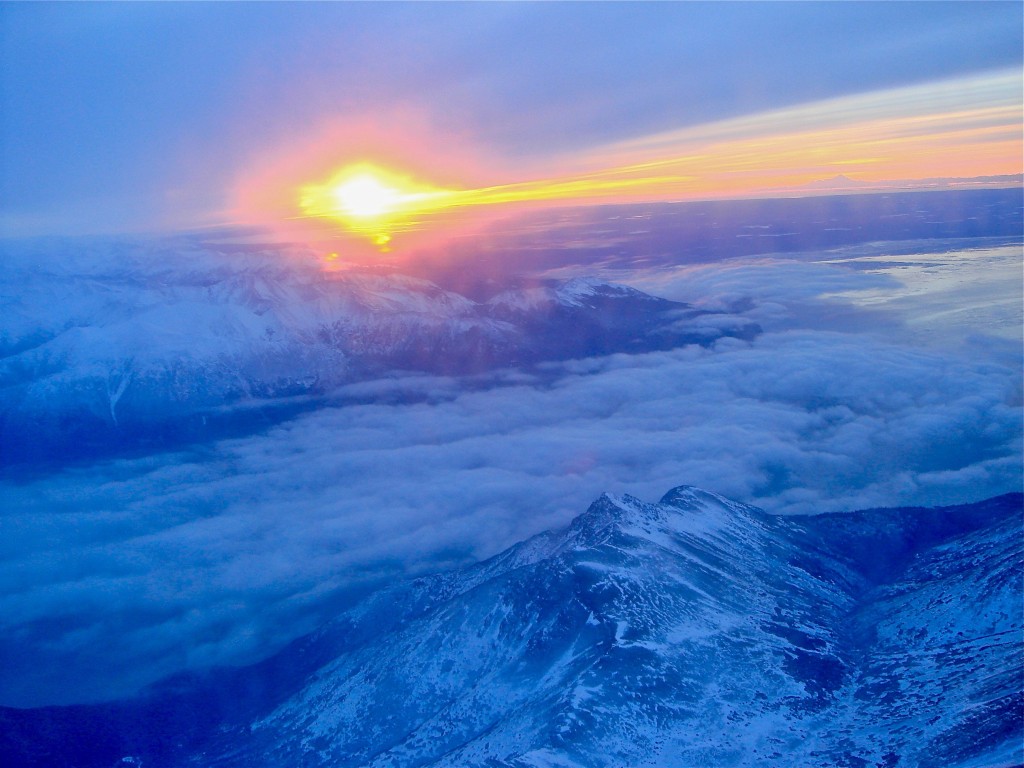 I don’t want to divulge more of the story line. “Fish Kicker” started out as a short story and appeared in an on line literary magazine, BartlebySnopes.com. I’d also like to thank Pam B. who was not satisfied with only a short story about this character and wanted to know more about what would happen to Sharon. I have everything in place, characters fully developed, plot line clearly laid out, and now the next step in writing begins, shopping the manuscript to publishers. Ah, that’s the business of writing. I’d like to leave you with one of my favorite views I had when leaving Alaska one late winter’s evening.

9 comments for “FINAL REVISION OF MY NOVEL, “FISH KICKER””