It’s no secret that I love photography. I like to look at the world through the lens of a camera, click the shutter and make time stand still. I have over 44,000 digital photos loaded in my computer. And there are quite a few 35 MM photos stashed in cupboard boxes in the hallway. My husband and I have both inherited photos from our parents and that adds to the collection. I’ve converted some of those photos into a digital format, but it’s a major project and I just hope that I get it done before the photos start to deteriorate. 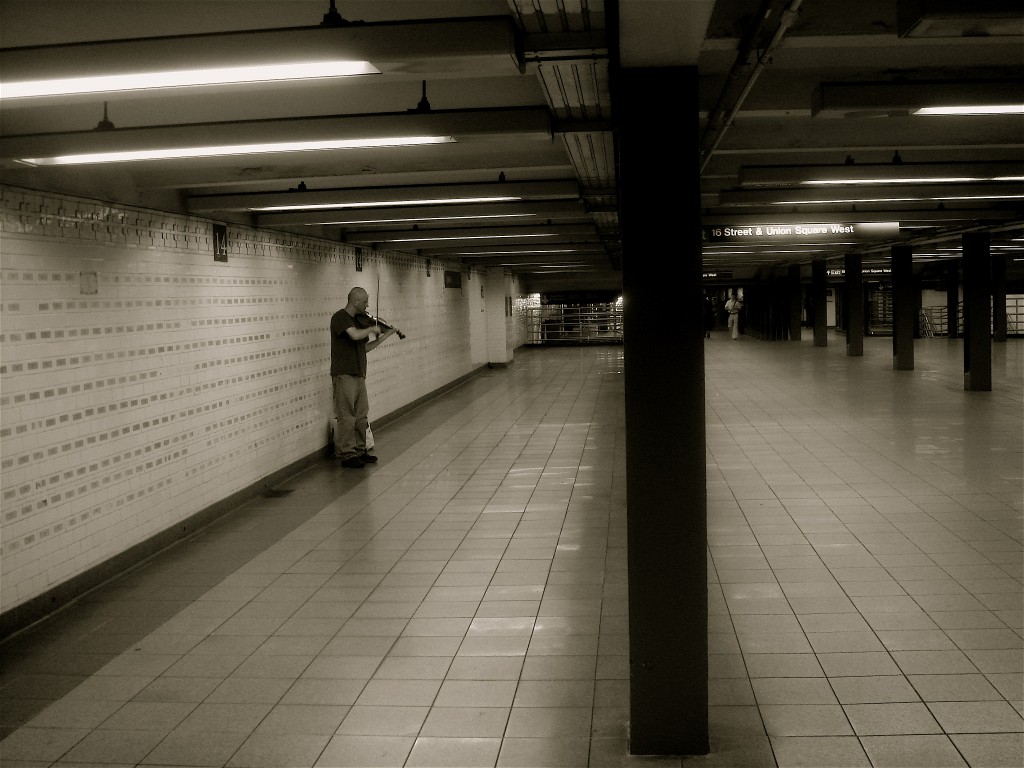 I titled this photo “Solo”. 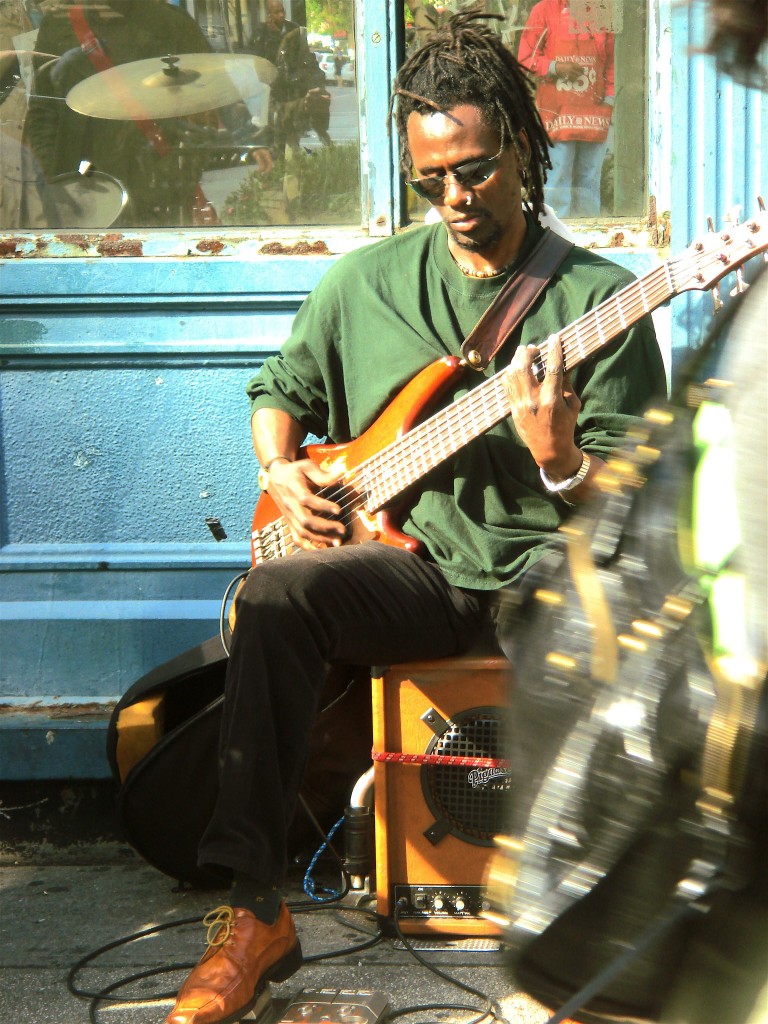 The streets of New York are alive with musicians, young, old, and one look at this guy dressed in these fancy shoes and you know he’s hip. 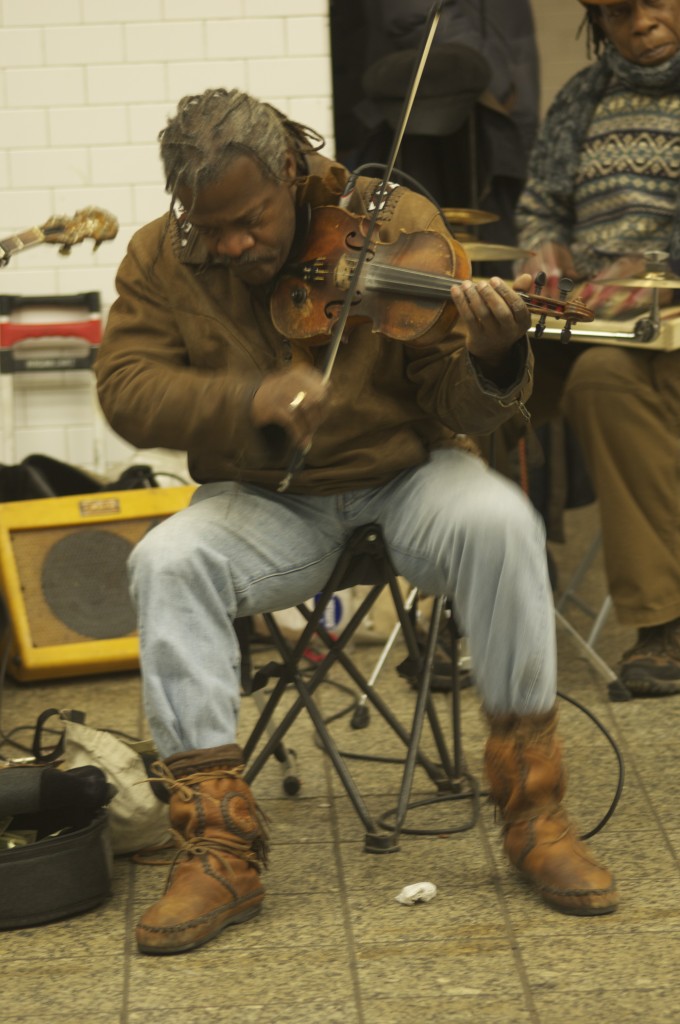 NYC has a program that allows musicians to perform in the Subway System. This is a photo of an electric violin player from a group called “Ebony Hillbillies” and they were wailing away. 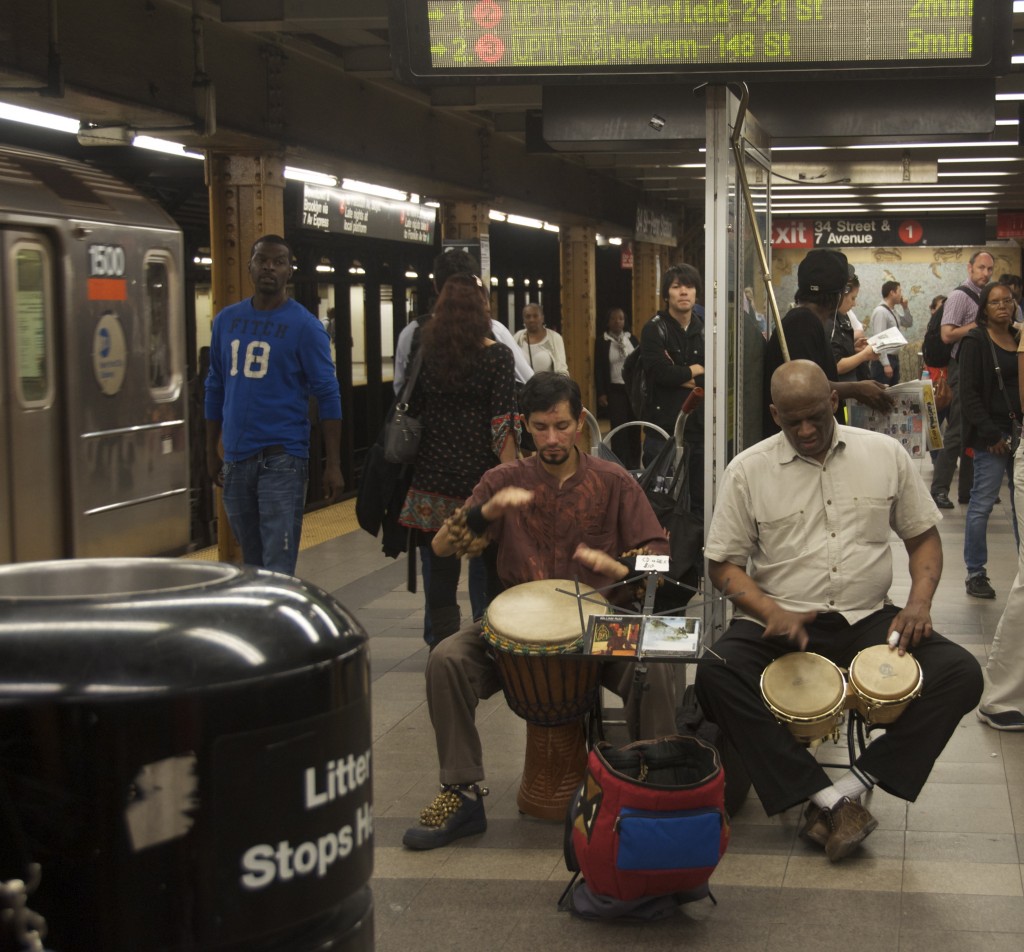 Then there are the musicians who, with or without approval, drag instruments onto the subway platforms and start playing. 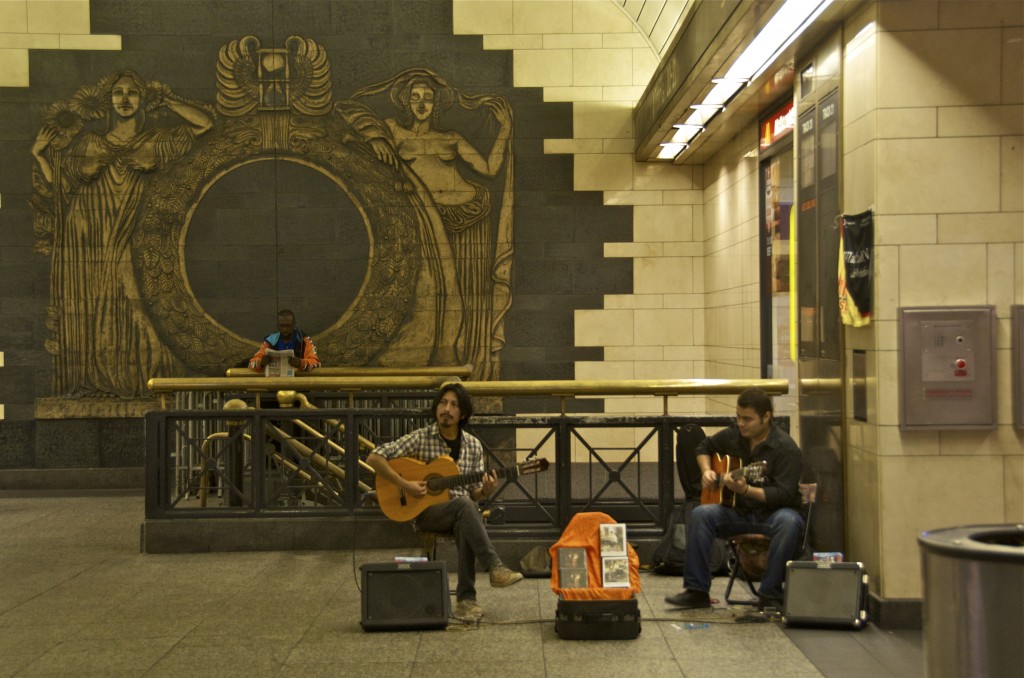 This is a popular location in Pen Station for the musicians to perform. 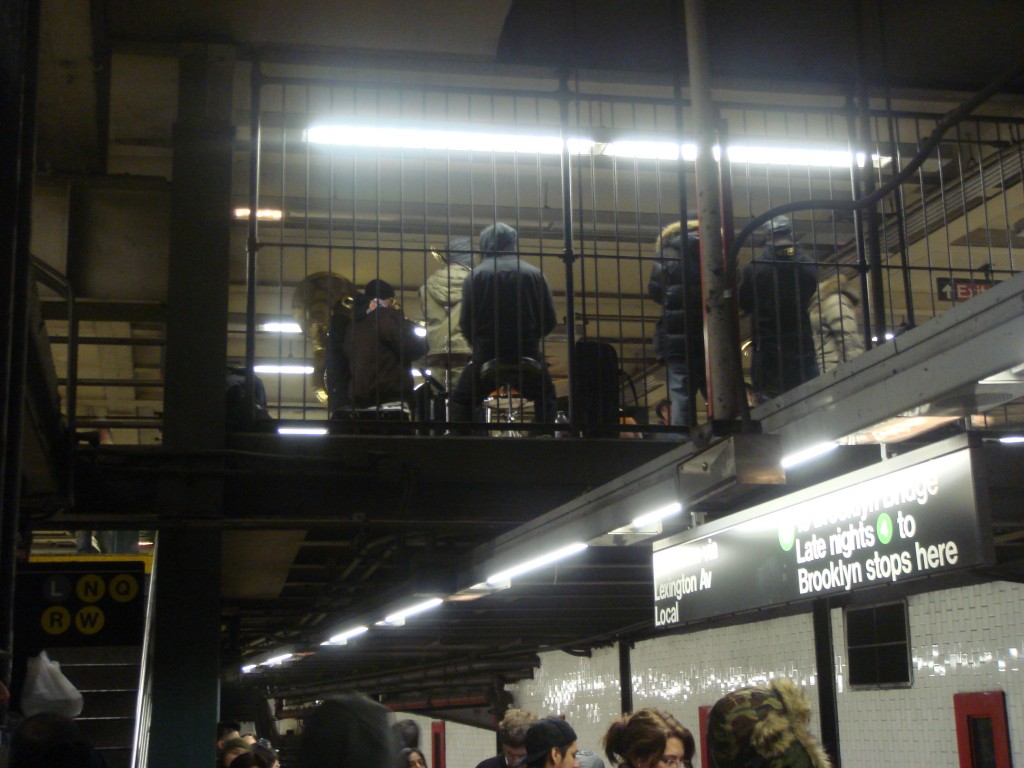 There is a platform in the Union Square Station that frequently hosts larger groups of entertainers. The acoustics are fantastic down here and it’s often difficult to tell where the music is coming from. Some days you just have to look up. 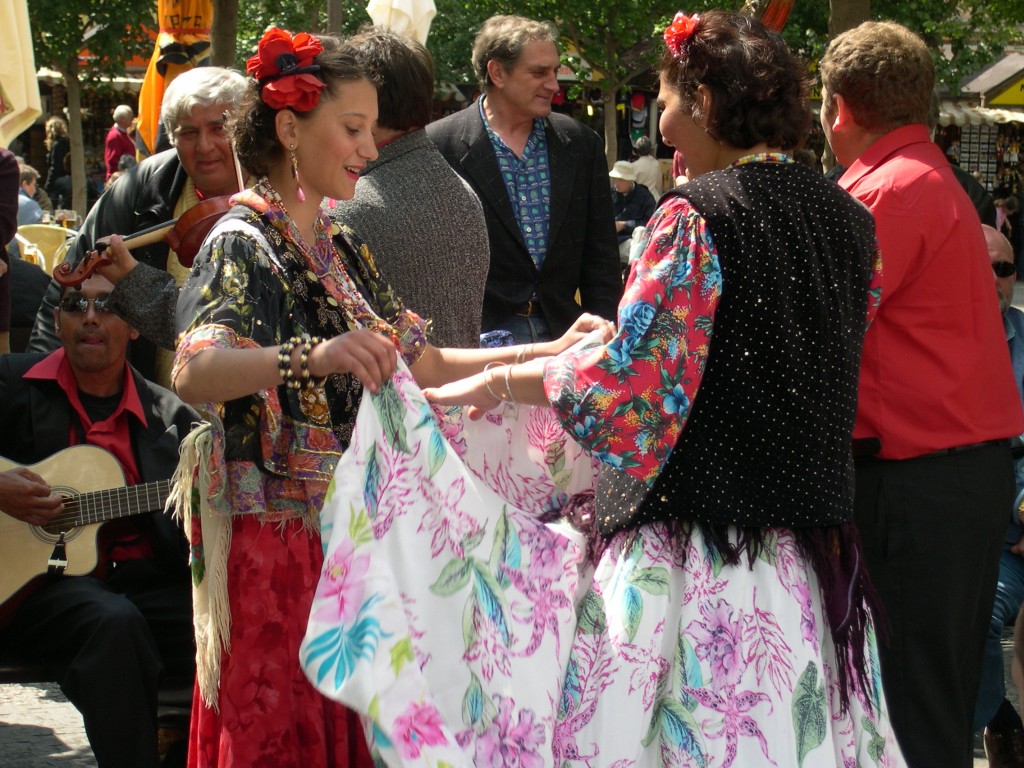 Street entertainers are universal. I saw this group of gypsies in Prague. What fun to see these fantastic musicians, and the two young ladies in their costumes keeping up with the tunes and having a great time. 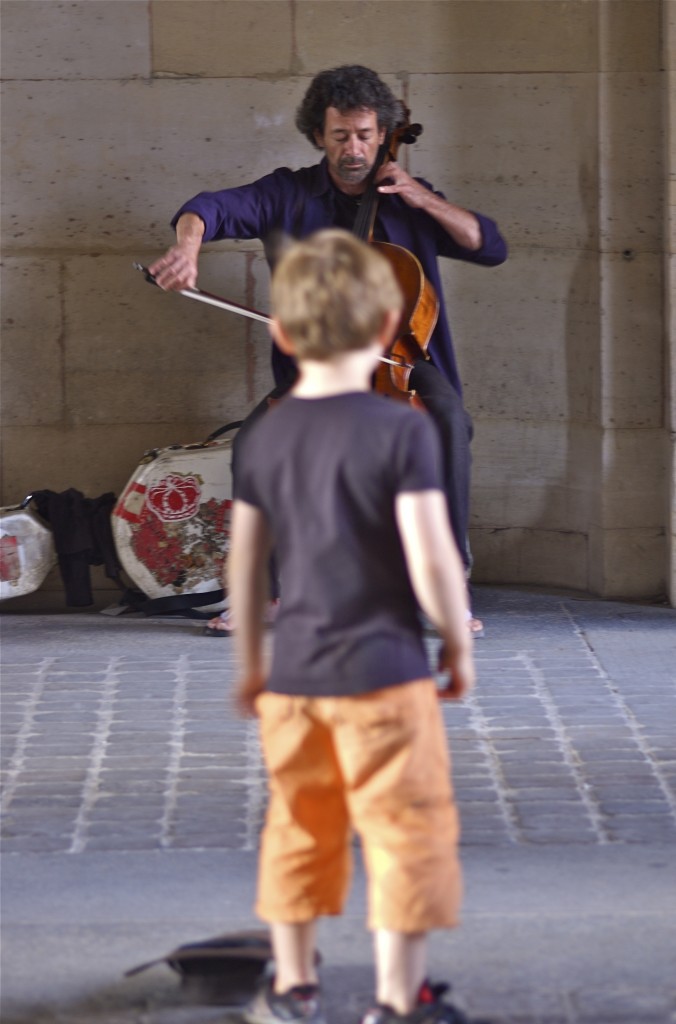 This little boy was mesmerized by a cello player in an arch near the Louvre in Paris. 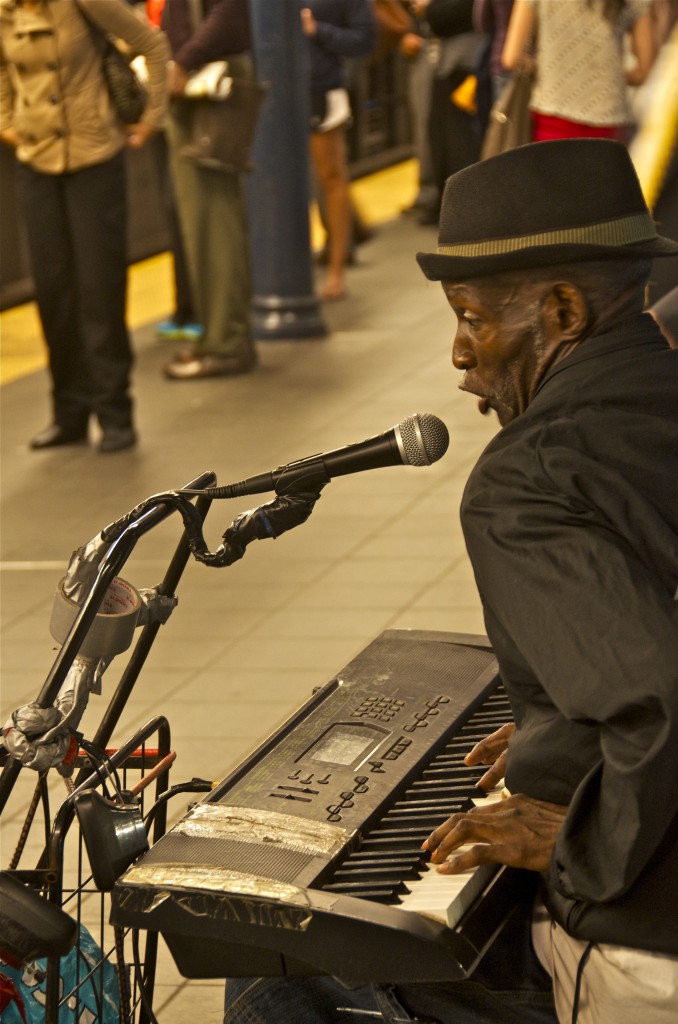 There’s no telling what you’ll discover if you keep your ears perked for subway and street music. I think this is one of the best blues singer and musician I have ever heard. His equipment was well worn and held together with duct tape. But this man rocked, and his music could be heard over the noisy trains. 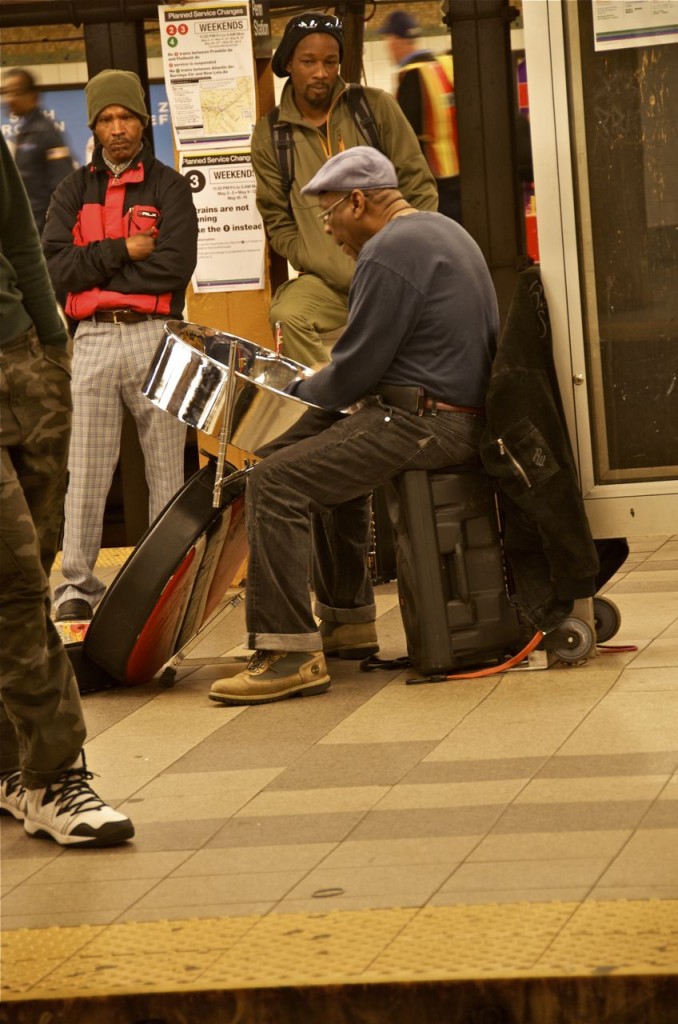 This was my latest encounter with a subway/street musician, a grandfatherly looking man playing his steel drum accompanied by a CD of John Lennon’s tune, ‘Imagine’.

Let me know if you want to see more of this collection. But in another day, I’ll be off to Washington State and I’ll most likely  come back with a new batch of photos to download onto my computer.

19 comments for “LET ME ENTERTAIN YOU”