May 18, 2014 was the 34th Anniversary of the Mount St. Helens eruption. We didn’t realize this when we drove up to the mountain on May 17. It was just a drive into the countryside to take a closer look at what the mountain was like now. I grew up in an area where Mount St. Helens was always in sight. When I was a kid the first thing I saw in the morning when I opened the door and headed for the school bus stop was Mount St. Helens. Big and bright and powerful looking, always with a warm side visible where the snow seemed to never fall, my dad frequently said, “Some day that mountain’s going to blow.” And though he didn’t live to see this happen, one of my sisters experienced the clouds of ash from the eruption that floated across Washington and Oregon. 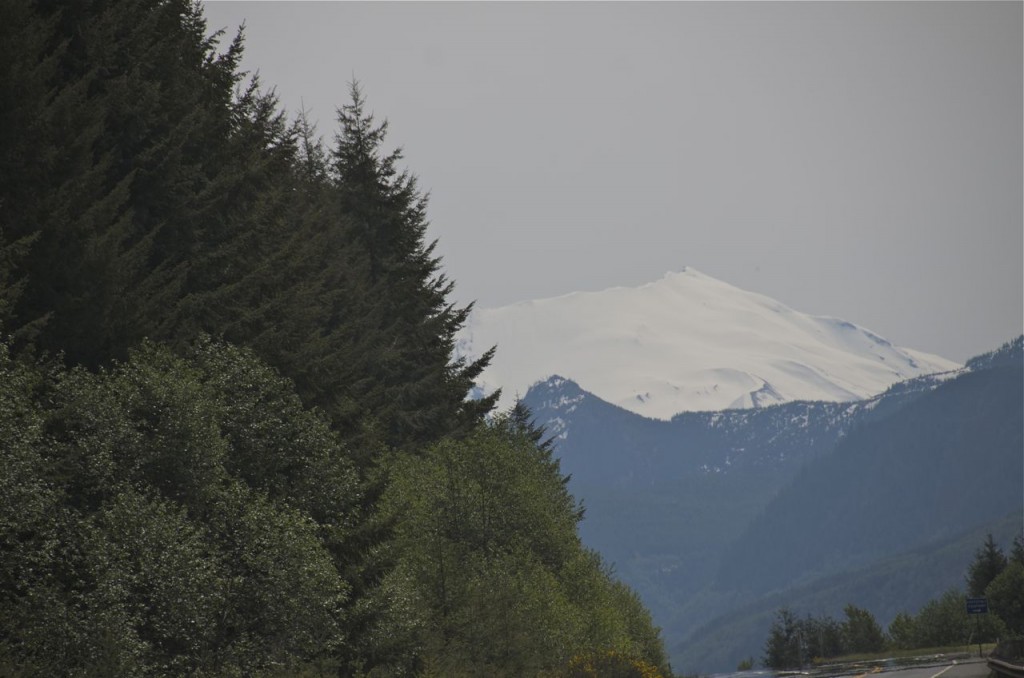 The Mount St. Helens area is a couple hours drive from my sister’s house. It’s a wonderful ride with small communities in the valleys, but the area gets very wild the higher you travel into the Cascade Mountain range. It’s a lovely drive and the mountain kind of plays peek-a-boo with the visitors as it appears and disappears behind the trees and foot hills as you travel along the winding road leading to the lookout spots. 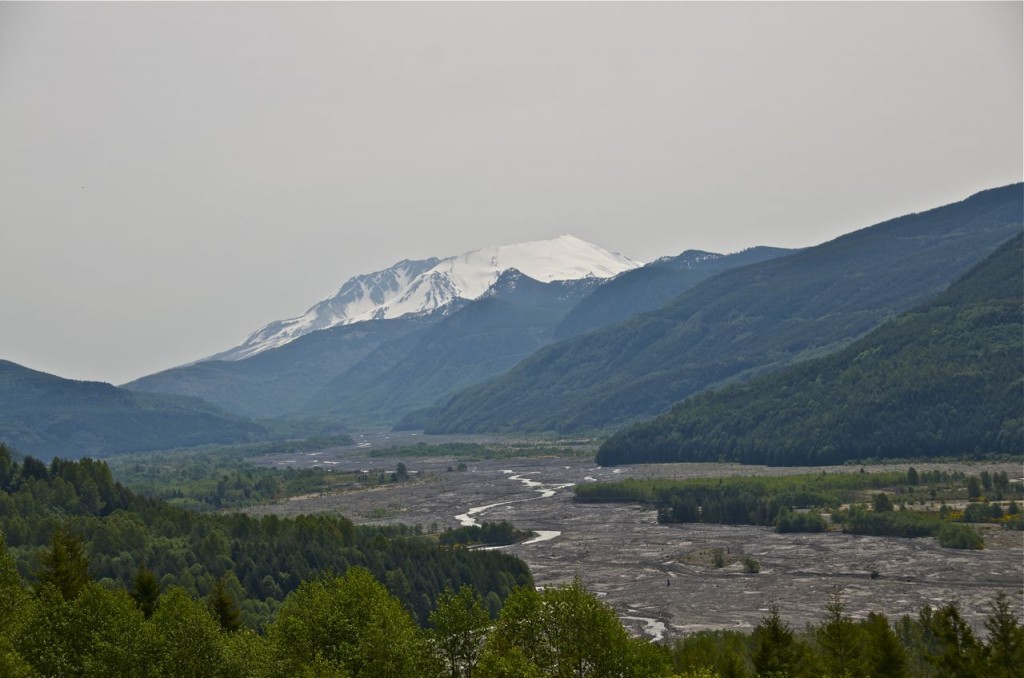 The eruption didn’t spew lava like the Hawaiian volcanos. Instead there was an explosion that blew more than half of the mountain into the air and across the landscape. The eruption set in motion a massive landslide that filled the Toutle River valley with a rolling 150 foot wall of mud, rock fragments and huge intact pieces of the mountain, highly charged gasses and super heated steam. Nothing survived the massive flow and the thick cloud of ash. Almost 150,000 acres of private, state and federal forests were devastated. Human life was lost too; loggers, a family camping, a scientist and a newspaper reporter. One long time resident in a nearby forest refused to evacuate and his body was never found. 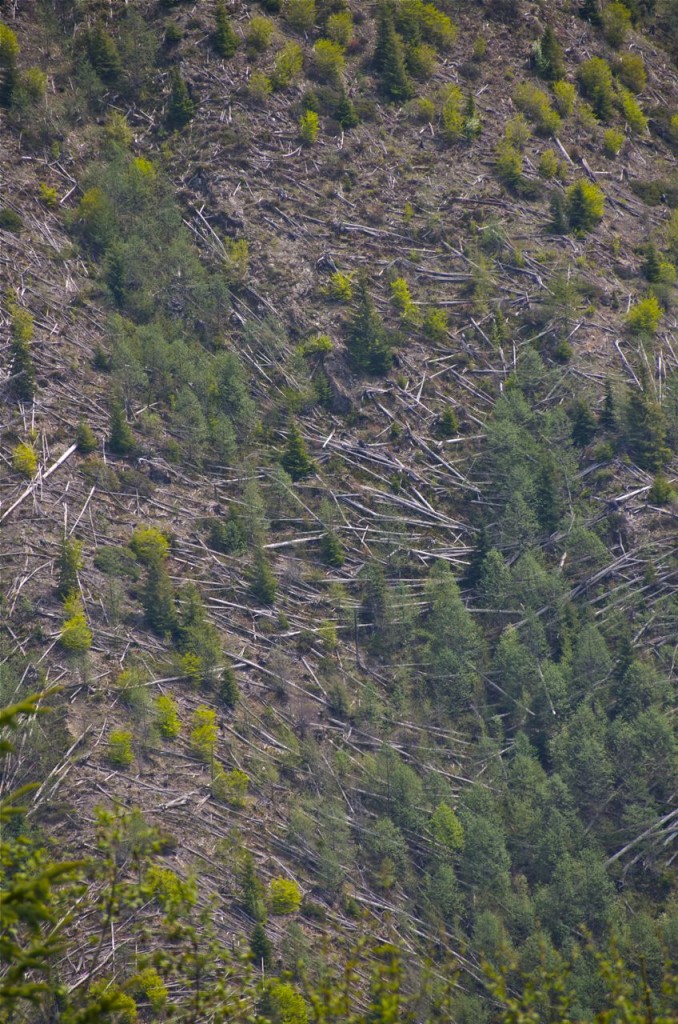 Giant trees were blown to the ground by the impact of the explosion as though they were toothpicks. 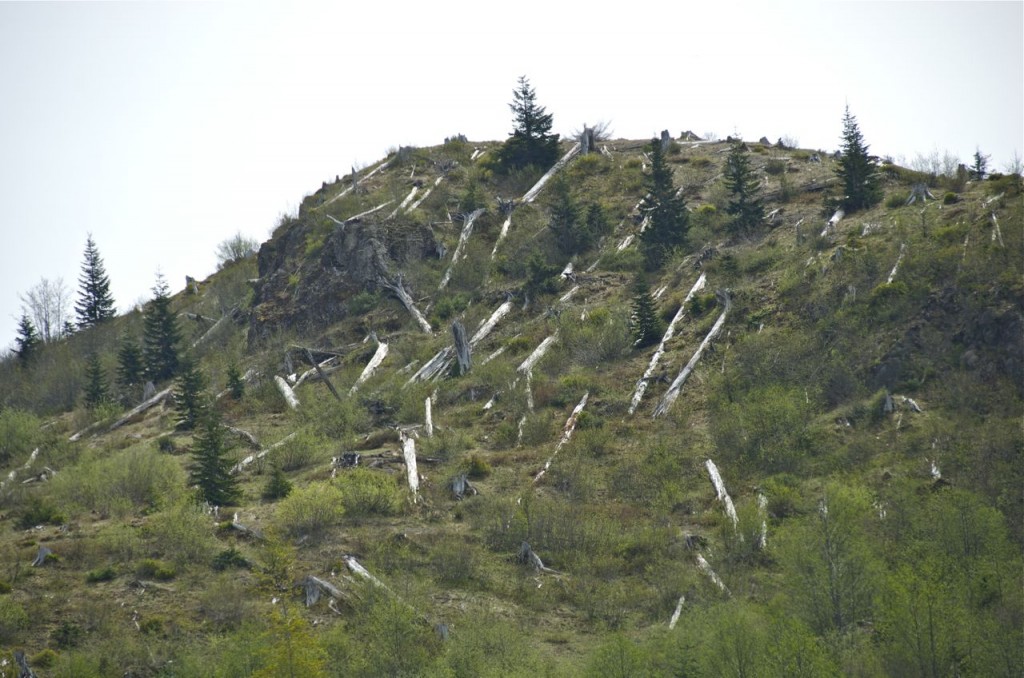 A massive salvage and reforestation effort went into effect as soon as it was safe to go into the area. This has helped to rejuvenate the forest and to assist in the recovery of wildlife habitat and streams. A large area has now been declared Mount St. Helens National Volcanic Monument and is off limits to anyone but forest rangers, scientists and ecologists who keep a close watch on the recovery of the area. 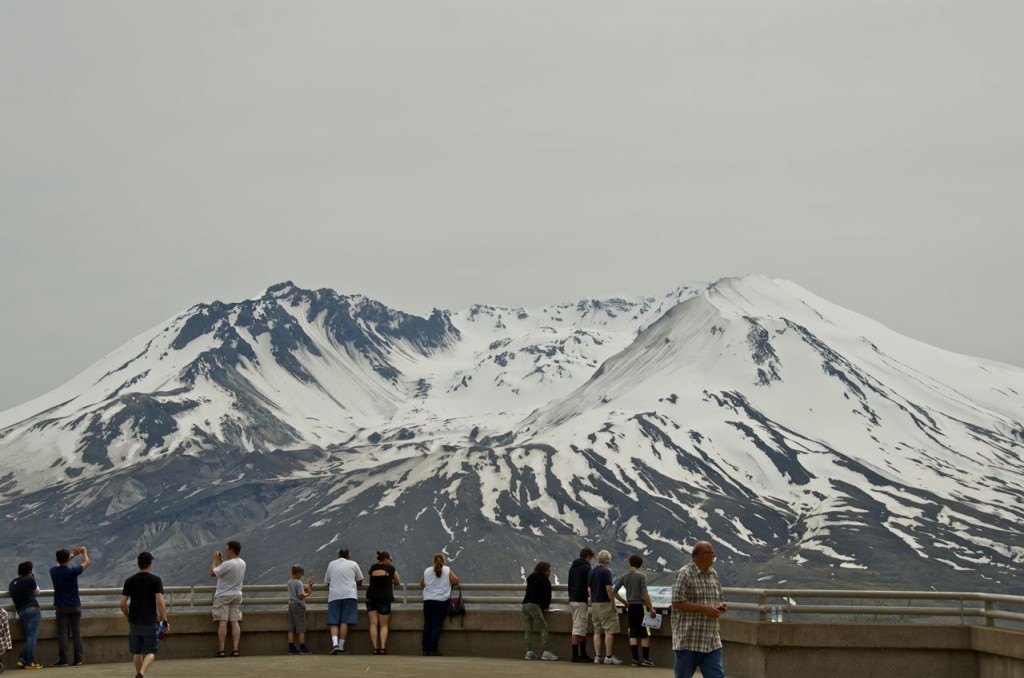 It is quite magnificent when viewed up close and it boggles the mind to think about how powerful that blast must have been to blow more than half of the mountain into the air. A slow growing glacier is forming in a back section of the crater where the sun never shines and the snow never melts. 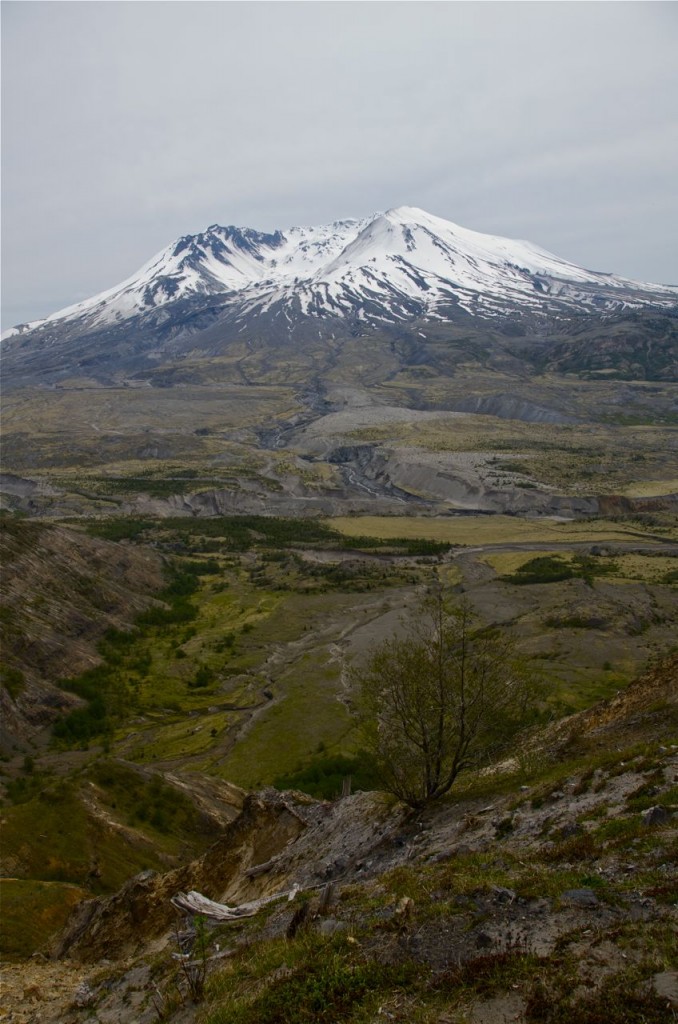 It is evident that the area is in recovery. Red alder trees flourish on the nutrient-poor landslide of ash deposits. Bacteria on the alder roots produce nitrogen fertilizer that enriches the soil. The windblown seeds from surviving and replanted Douglas-fir, noble fir, and other trees are taking root, assisting in the eventual return of the evergreen forests. The elk that graze on private and state lands also help in the recovery process. They ingest seeds and as they travel into the Mt. St Helens Monument area they deposit these seed in ‘nuggets’ of fertilizer. 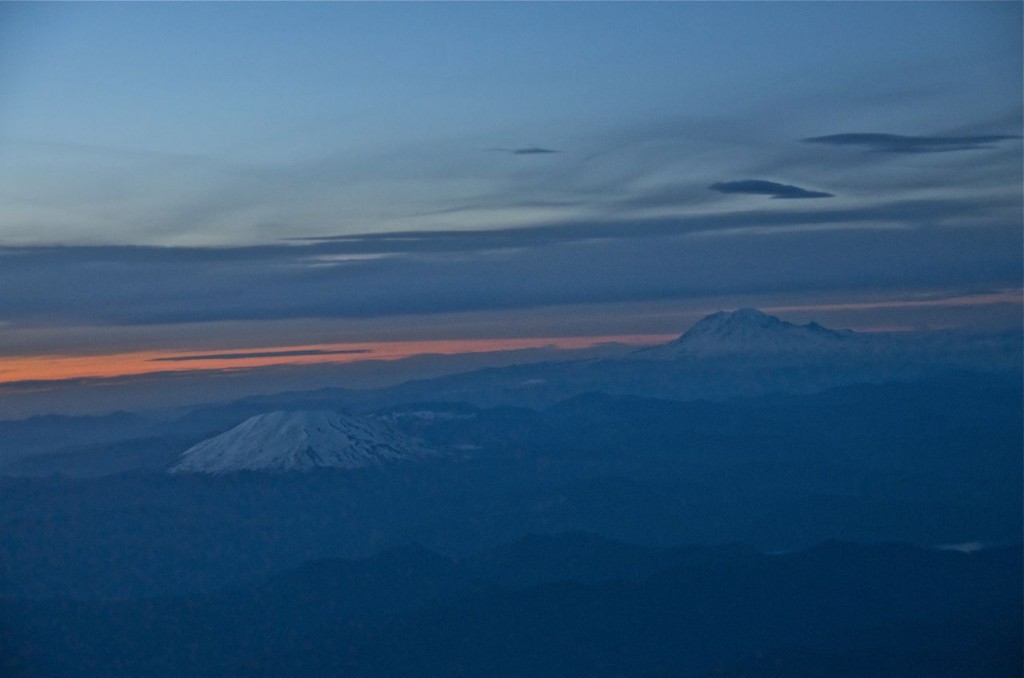 Several days later I took an evening flight back to NYC, and as we flew over the Cascade mountain range I couldn’t believe my luck. From my window seat I got a full view of Mount St. Helens in the foreground, and to the north, Mt. Rainier. The sun was setting in the western horizon. It was really quite spellbinding and I watched until the mountains were no longer visible as the night sky seemed to swallow the landscape below.

20 comments for “MOUNT ST. HELENS, THE 34TH ANNIVERSARY OF THE ERUPTION”