When the cruise was over we disembarked at a port an hour train ride from Rome, where we would then catch another train and travel down to Naples. 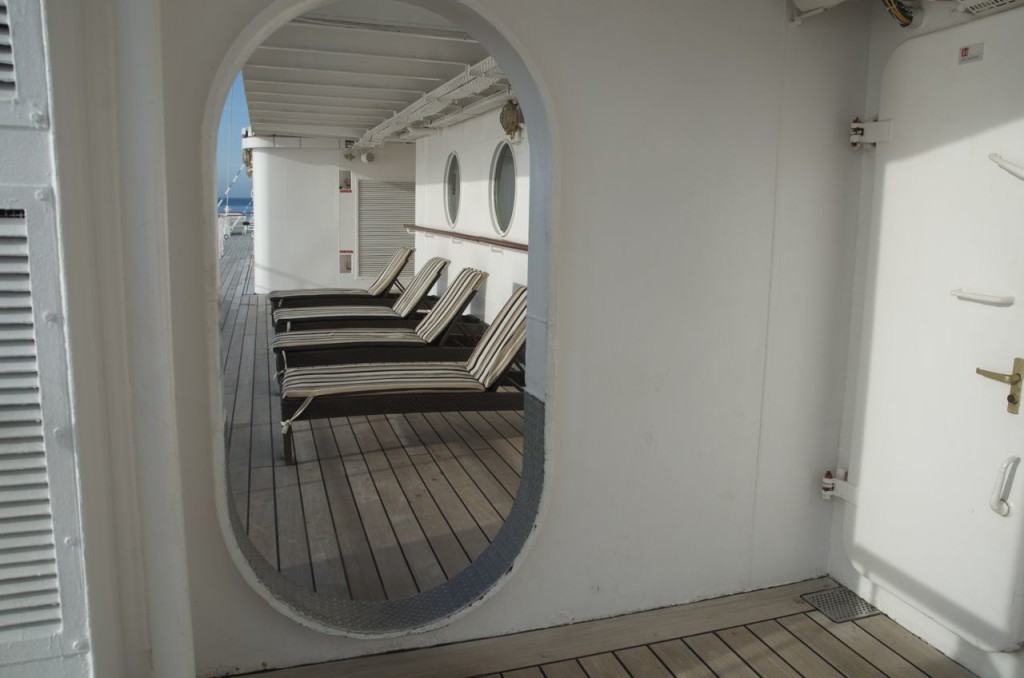 I’d miss the quiet evenings of sitting on deck watching the sun set on the Mediterranean, that is when the water was calm. We’d had plenty turbulent water on this journey. I loved every bit of it, the calm and the rough sea. Now we were heading to our next adventure, Naples. 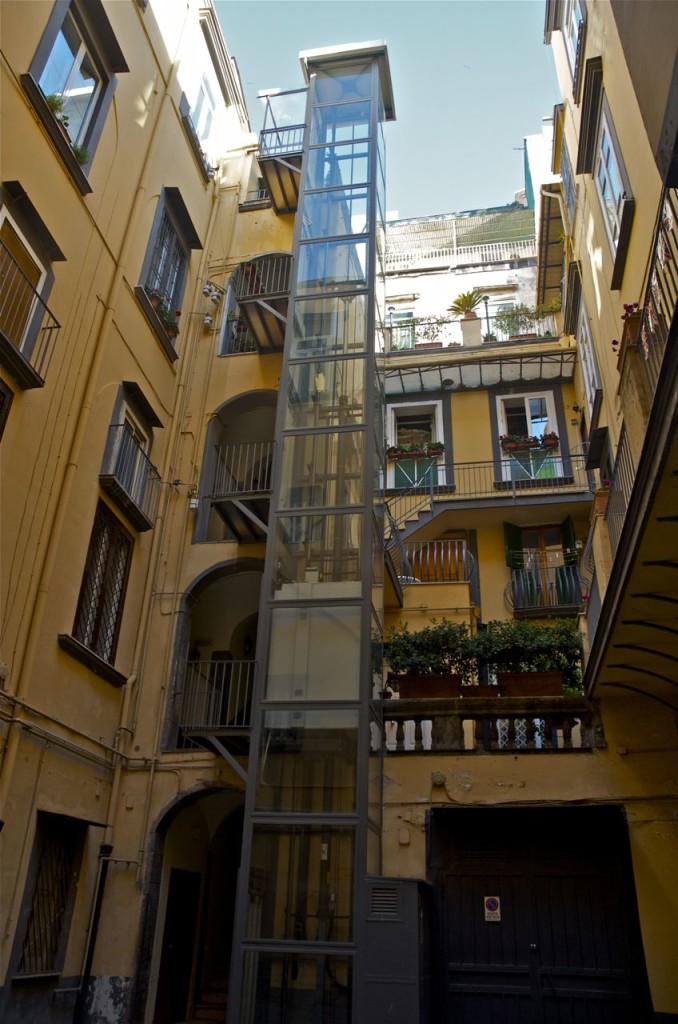 Schlepping luggage has never been a favorite part of traveling for me, though I haven’t figured out how to get around this aspect of the journey. However, dragging a wheeled suitcase from the ship to a rail station, making another connection and heading farther south, my red suitcase felt as though it got heavier with each arrival and departure. Finally setting foot in Naples, the Italian sun beating down on us, we found the way to our Airbnb. We stepped into the courtyard, a cool and damp smelling enclave that shut out the heat and noise of this hectic city.

The elevator to the third floor, our temporary home, was a total delight, a modern glass tube in the middle of a medieval residence. 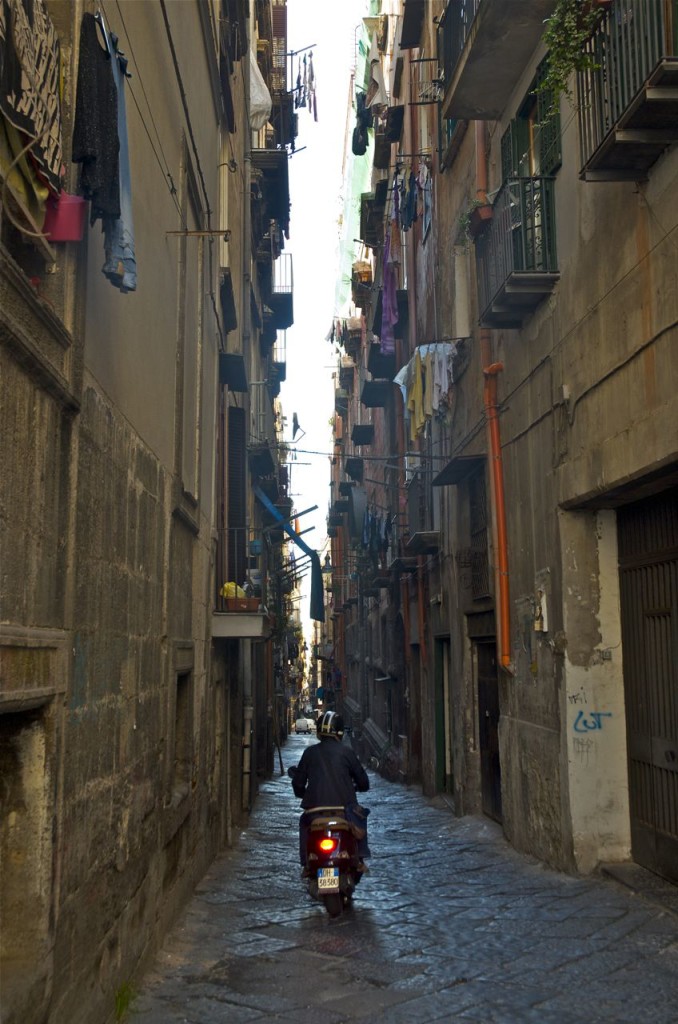 After a short visit with our host and unloading our luggage we headed for the streets of Naples to acclimate ourselves to this new location.

We walked the narrow streets and long, dark thoroughfares for a couple of hours. We had no idea where we were headed. We were exploring, stretching our legs and breathing in the air of this ancient city. 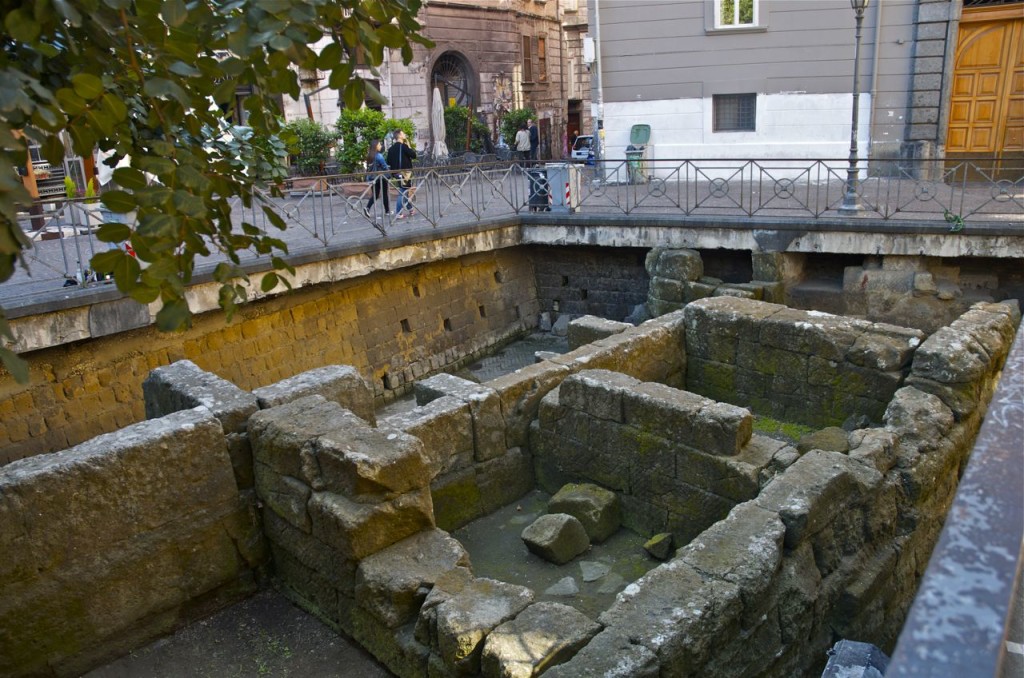 We stopped at a small park to sit, catch our bearing while we reviewed a map, when we happened upon an ancient Roman ruin that ran beneath our feet, underneath the very park where we were then sitting.

As we would learn during our visit, Naples, and much of Italy is built on ruins. This first encounter with an ancient dig whetted our appetite for even more of what this city had to offer.

When we became weary of walking, there was still much to see in Naples. We headed back to our place and went to the restaurant, Carmela, our host, recommended. It was Sunday she said. They would have wild boar ragu, their weekend specialty. 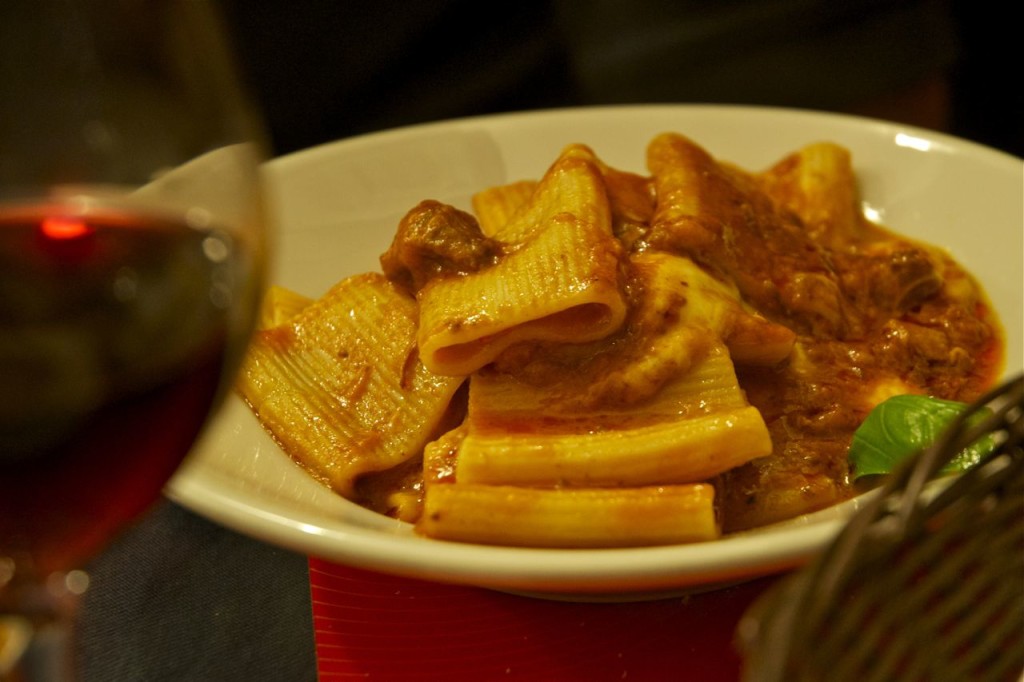 The waitress spoke very little English though she suggested, as Carmela had said, that the Ragu was the best dish of the day for the pasta course. Then the waitress recommended the beef steak for the next course. We were completely fagged from our journey, and I have to admit that I still did not have my land legs and would feel a surging undulation from time to time as I walked the solid land.

She recommended a red wine that I fell in love with when it came to the table. The color of liquid rubies, the aroma of an Italian summer, the wine was a perfect elixir to my  weary soul.

The Ragu was everything that we hoped it would be, rich and slightly tomato flavored with the strong flavor of earthy long cooked meat. The waitress said that the cook started the sauce the night before and that it was only ready to eat, by his standards, at noon on Sunday.

It was delicious. A late addition of basil at the end of the cooking gave the Ragu a fresh flavor, but it was the long slow cooking that brought out the redolent character of the meat and mixture of herbs, spices and the sluice of vegetables that gave it the unforgettable flavor. 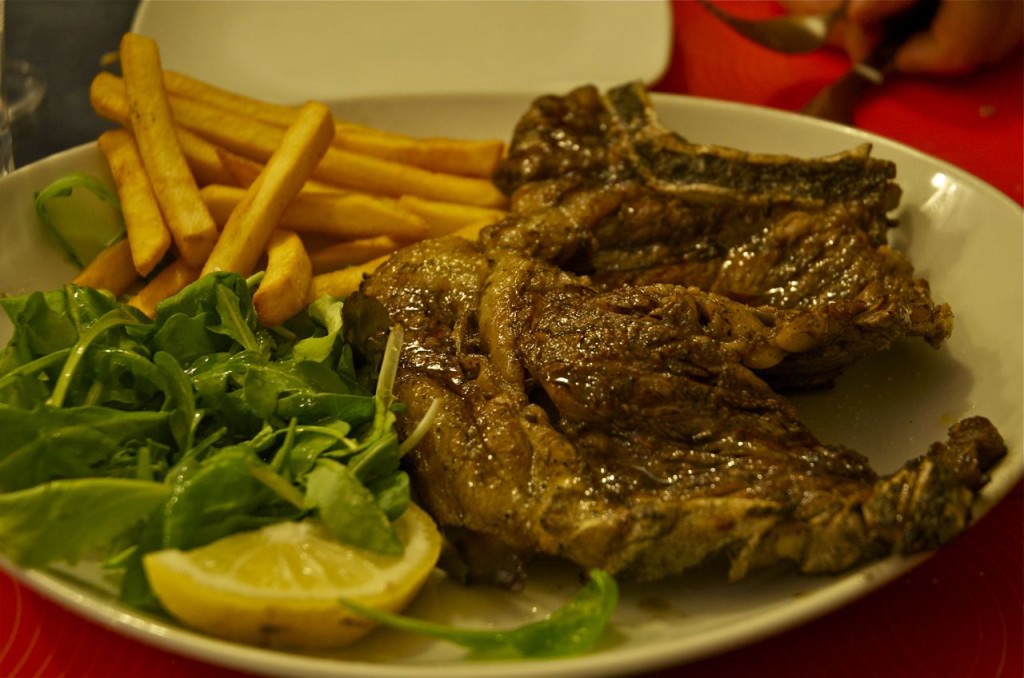 The next course, the beef steak with salad and a few slices of potato was not what I had expected. The meat, a cut with large veins of fat and hunks of bones, was difficult to chew by American standards. Yet, the flavor, redolent with chard goodness, still makes my mouth water.

We were on another adventure in Naples, I was satiated, the earth beneath me still undulated and all I could think of was that I needed sleep.

Dessert? No my dear, I have no more room for anything, not even dessert.