I went to the 9th Ave. Street fair last Saturday. It was crowded and there was a bit of rain but never the less it was a fun way to bring in the early summer days of NYC. 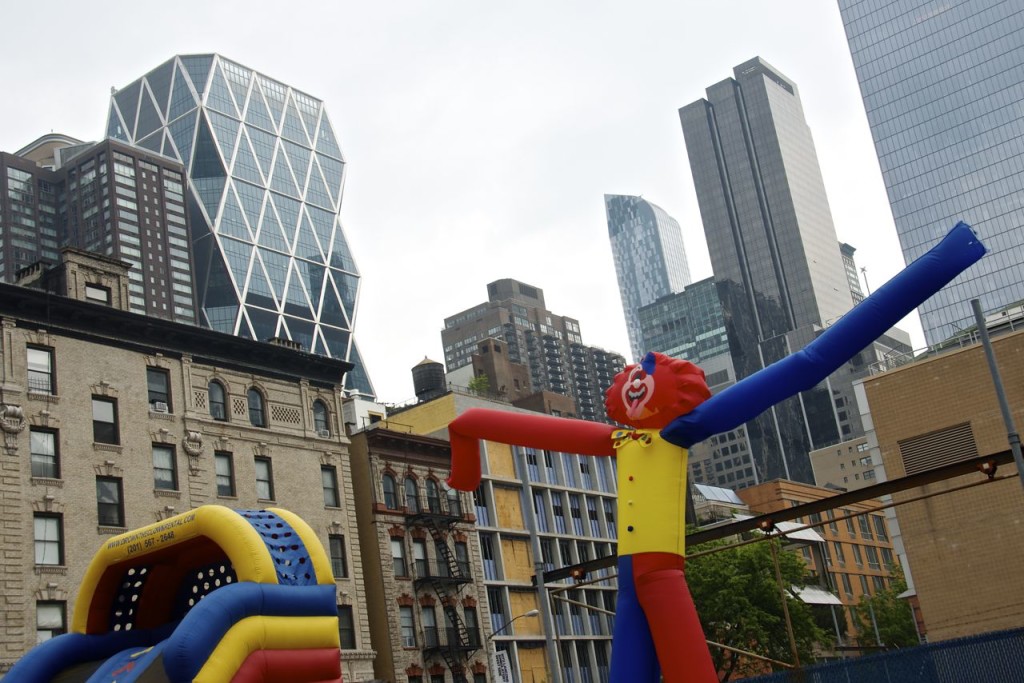 These silly guys seem to show up at every street fair that the city puts on. 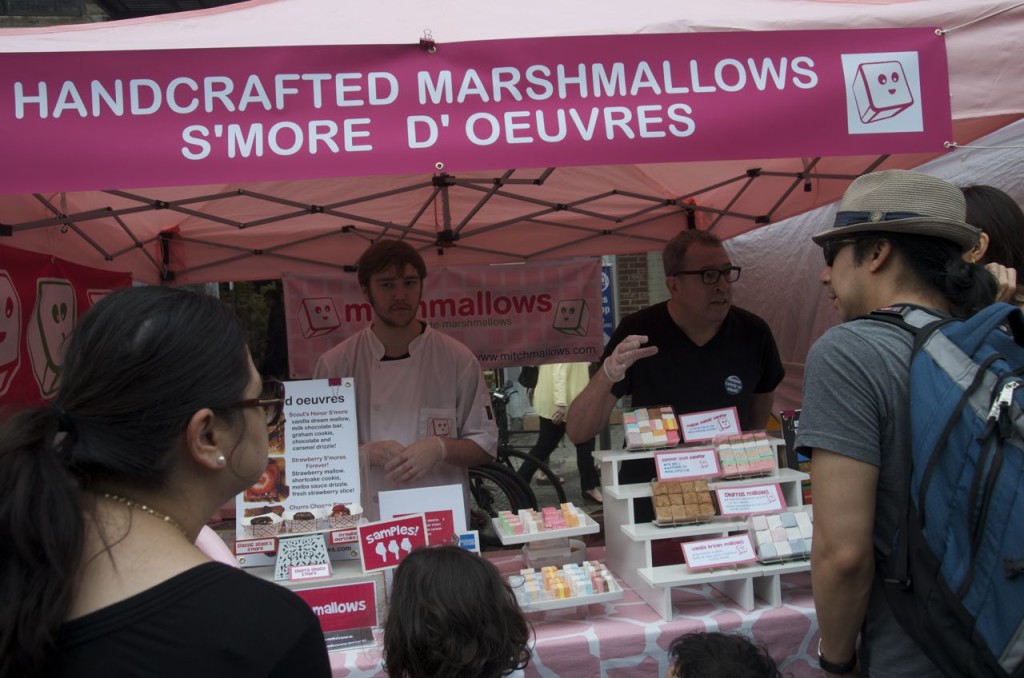 But this street fair is about food and thought there was not as much in the way of variety this year, I was impressed with these guys. Hmmm, handcrafted marshmallow. And this guy was a very serious proponent of the sweet gooey treats. 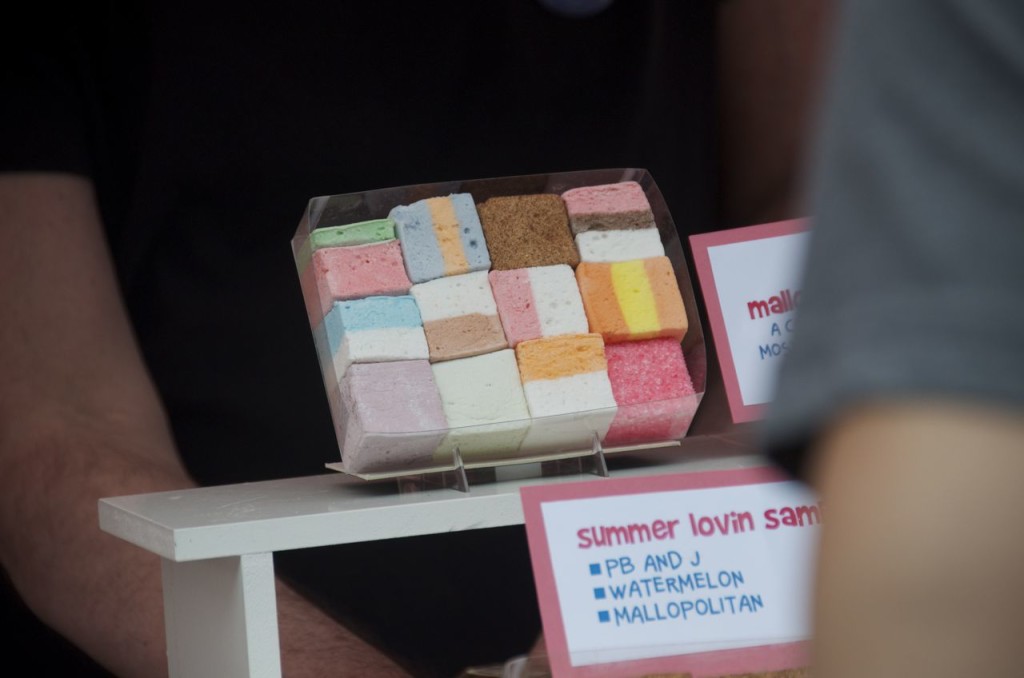 He had come up with a pretty interesting selection of flavor and combinations. I had just finished a cannoli or I would have sampled one of his combinations, most likely the PB and J marshmallow. I’m sure he’ll be around at the next street fair. Or I could just google him and order a sample pack. 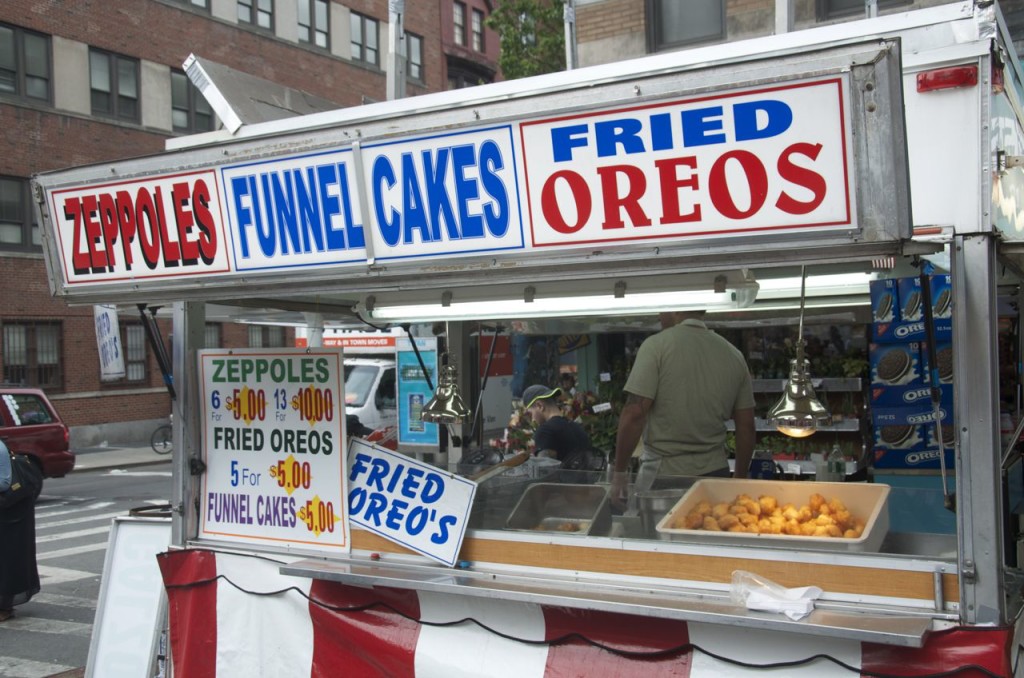 I suppose these fried Oreos are a food that I will eventually try. I almost did this time. But, then I was not in the mood for anything sweet after eating my cannoli. 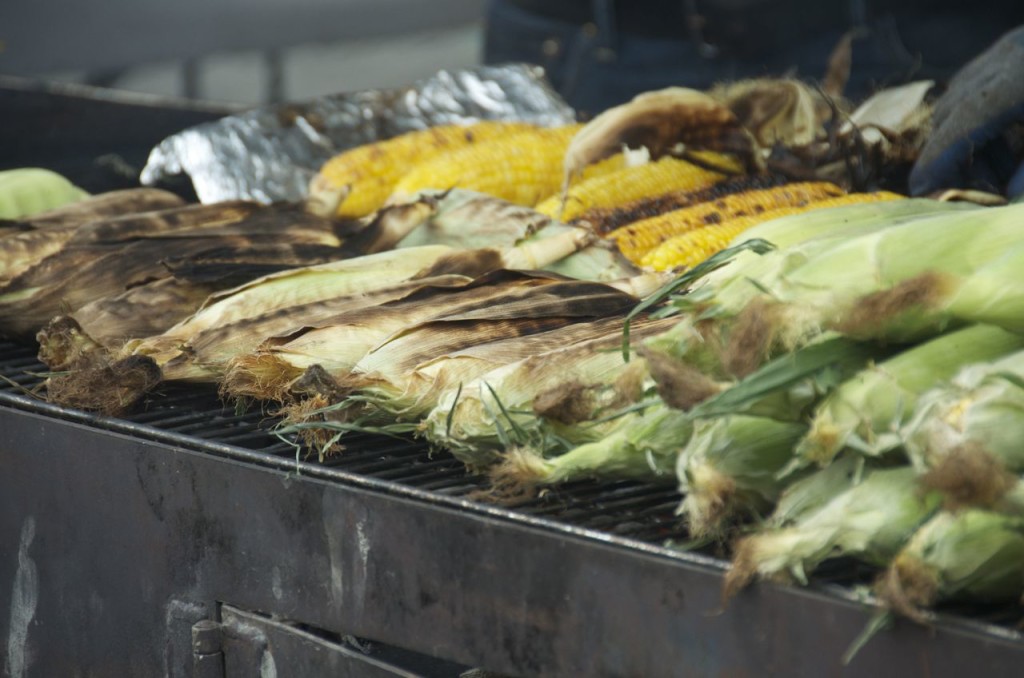 Roasted corn on the cob is a big street food item at these fairs. But I don’t know where they get this corn so early in the season. 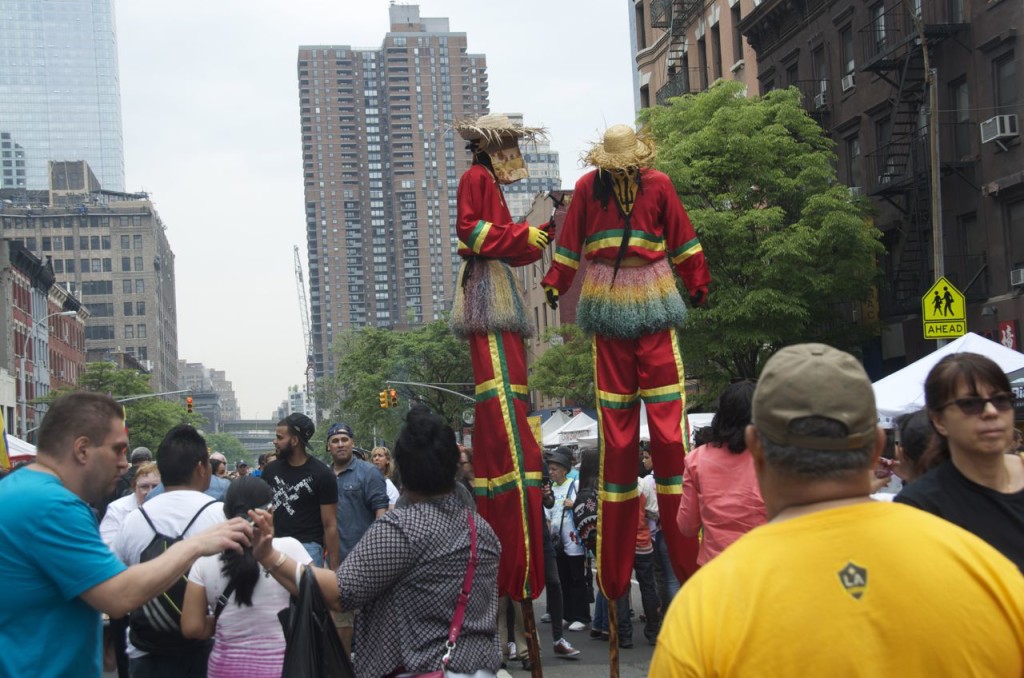 And in the last 10 years stilt walkers have become a big intertwinement for the street fairs. These guys were a little spooky looking and one little girl let out a major screen when she saw them coming up the street. She wanted nothing to do with them no matter how much her father tried to comfort her. 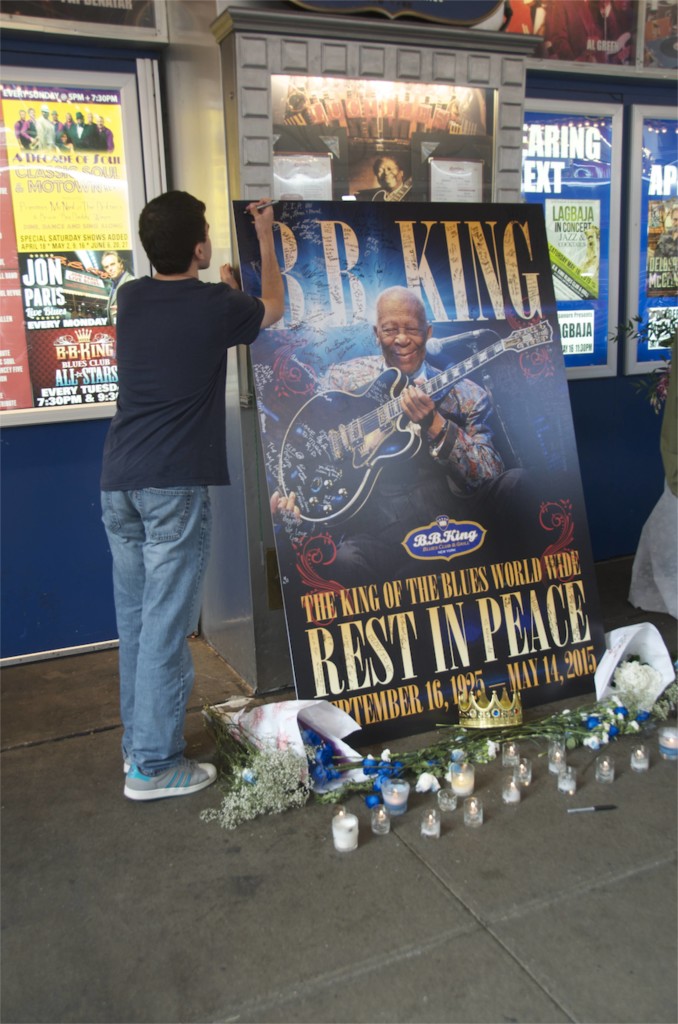 After walking the full length of the street fair we headed home after having a burger and beer. We walked along 42nd Street and we saw a memorial set out for BB King in front of Lucille’s Bar and Restaurant. There were a few blue carnations scattered about on the street, some votive candles and pens for passersby to leave comments on the Rest In Peace poster. 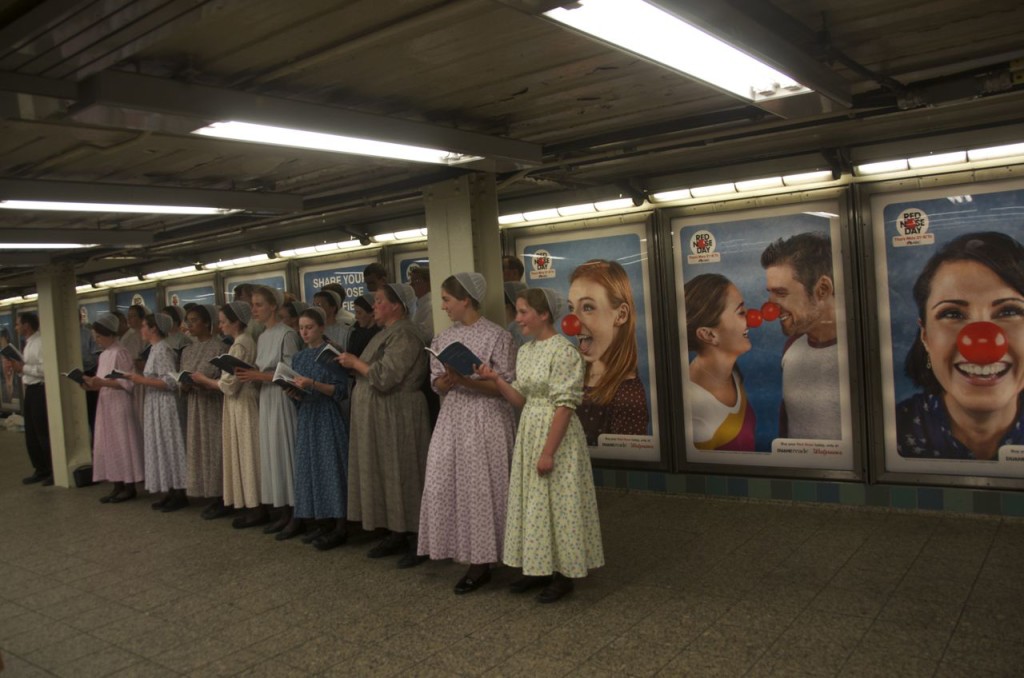 We heard singing as we descended the stairs down to the subway. A chorus of Mennonites from Pennsylvania were passing out literature and singing hymns. But for the life of me I don’t know who decided to have them stand in front of the silly posters of people wearing those red noses. Then what could I say, this is NYC.