Every couple of months I visit The Cathedral Church of Saint John the Divine. It’s the mother church of the Episcopal Diocese of New York and a big tourist attraction. If I see a lot of tour buses parked outside, I keep walking and do something else because I like the place when it’s nearly empty.

This is the  Cathedral’s mission statement: “To serve the many diverse people of our Diocese, City, Nation and World through an array of liturgical, cultural and civiic events; pastoral, educational and community outreach activities; and maintain the preservation of the great architectural and historic site that is its legacy.” 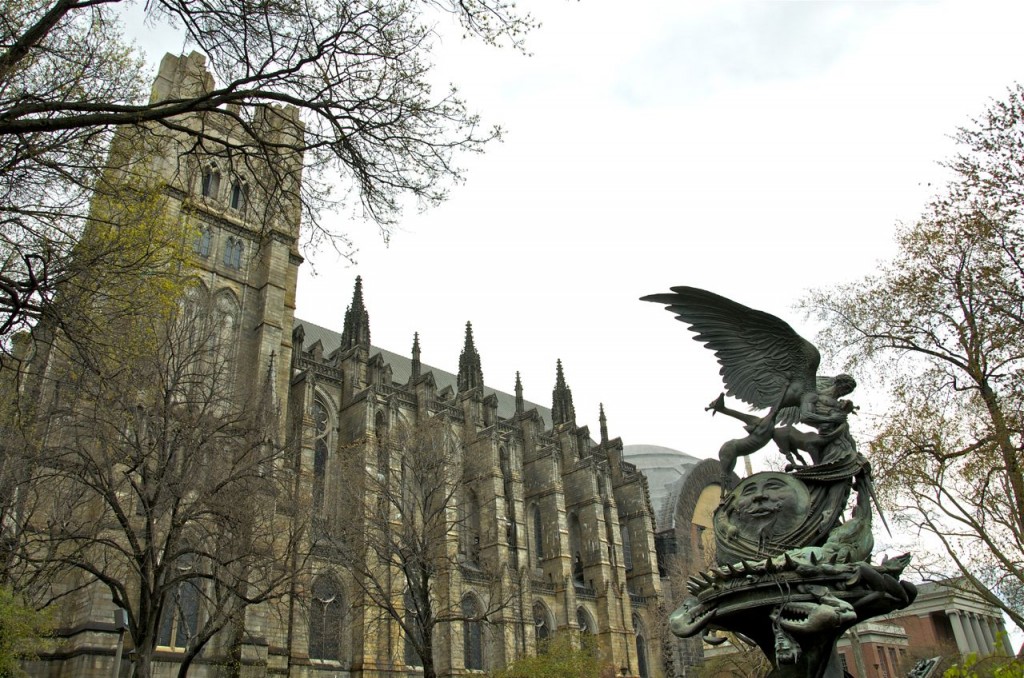 I’m not an Episcopalian but this place is so beautiful, and in spite of its immense stature, I always feel welcome. It is the largest Cathedral on the Northern Continent with more than 30 services held every week. They have a large social service outreach program and the soup kitchen provides 25,000 meals annually. There is a school on the grounds, an after school program, a summer program and other diverse and nurturing experiences for children and young adults. In one of the hidden-away-rooms in this huge structure there is an outstanding Textile Conservation Lab that preserves world treasures. There are also concerts in the Cathedral, classical, jazz and every year they have a wonderful Winter Solstice performance. 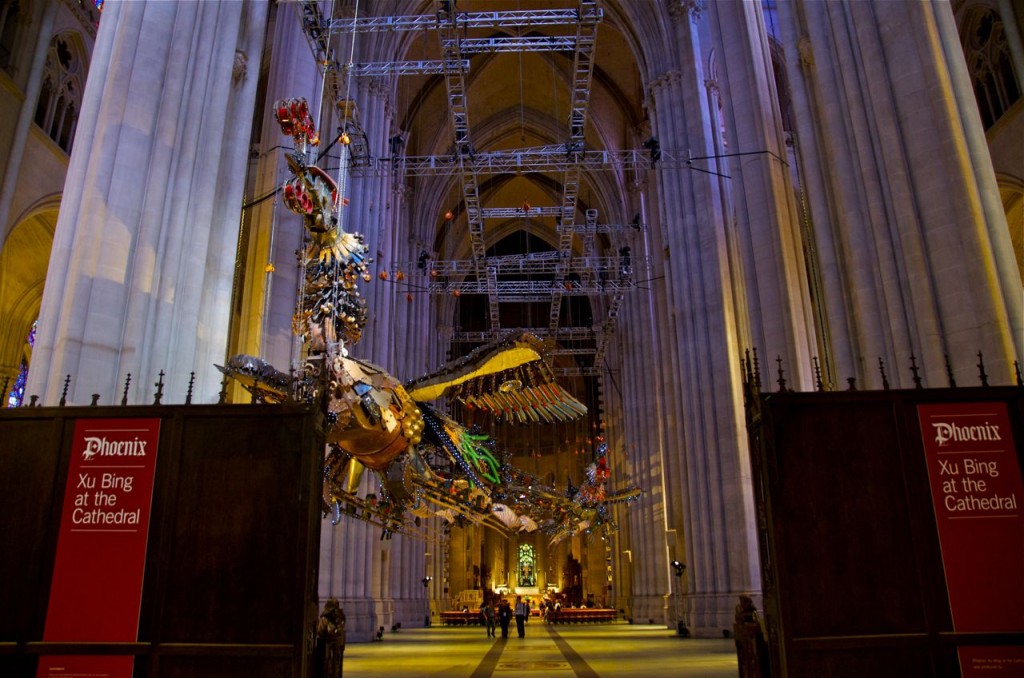 Frequently the Cathedral hosts a visiting art exhibit. This past year I made several trips to see the latest display, Phoenix by Xu Bing. The exhibit consists of two huge elaborately constructed Phoenix suspended from the celestial ceiling. They were built in China from discards gathered at construction sites in Beijing. One Phoenix is 100 feet long, the other is 90 feet in length and together they weigh 12 tons. These magnificent beauties are hung in the Nave and are the first thing you see when entering the Cathedral. 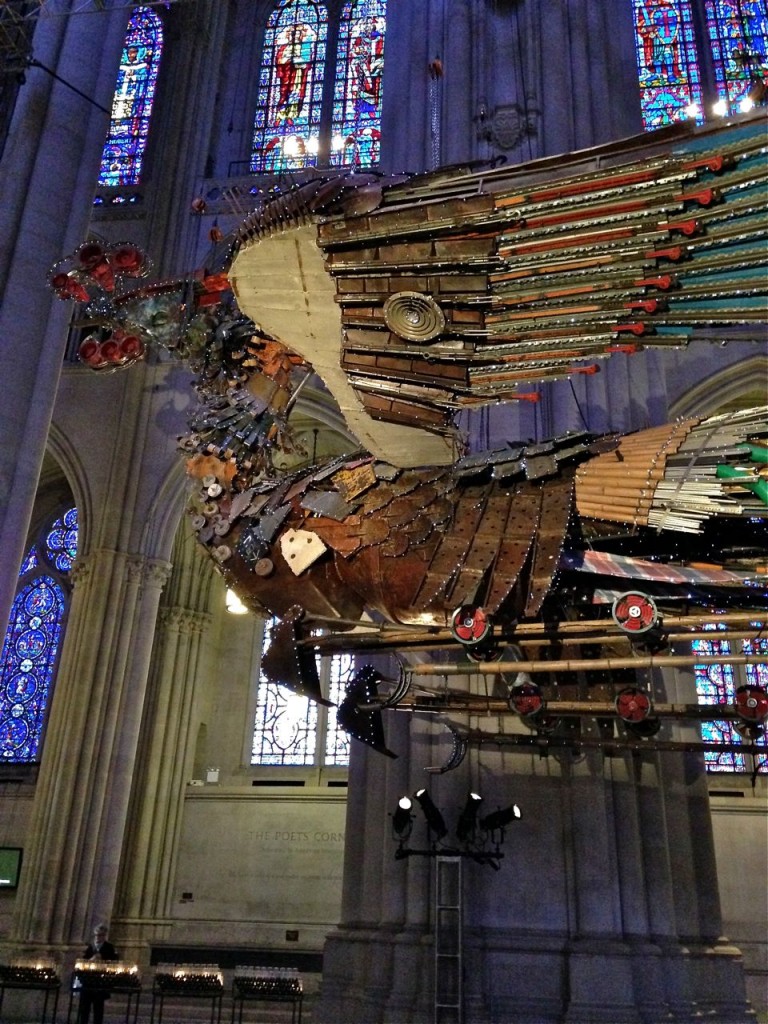 The legend of the Phoenix has its origin in ancient Egypt, but many cultures have varying stories about such powerful winged beasts. The Phoenix is a symbol of high virtue and grace and is a composition of many fowl, fish and beasts. One of the Chinese folk tales about the Phoenix goes like this: There was a great fire and no animal in the kingdom could put it out. A huge bird flew into the fire and beat at the fire with it’s powerful wings until the flames were extinguished. This brave bird paid a colossal price. All of its feathers had been burned off. The other birds were so grateful that they all gave the Phoenix feathers of their own.

The phoenix is second in importance only to the dragon in chinese legend. 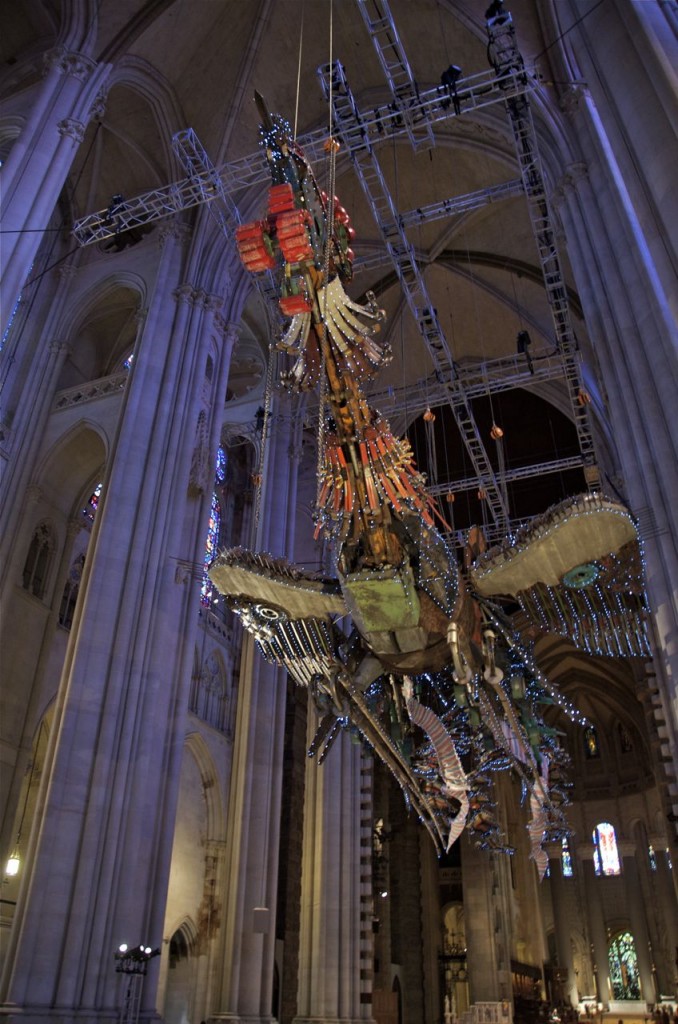 Xu Bing began the Phoenix project in 2008 when he returned to China and was asked to create a sculpture for the atrium of the World Financial Center in Beijing. He was shocked by the primitive working conditions at the construction site which inspired him to construct two large sculptures in the form of birds from the debris and tools that he salvaged from the work site. 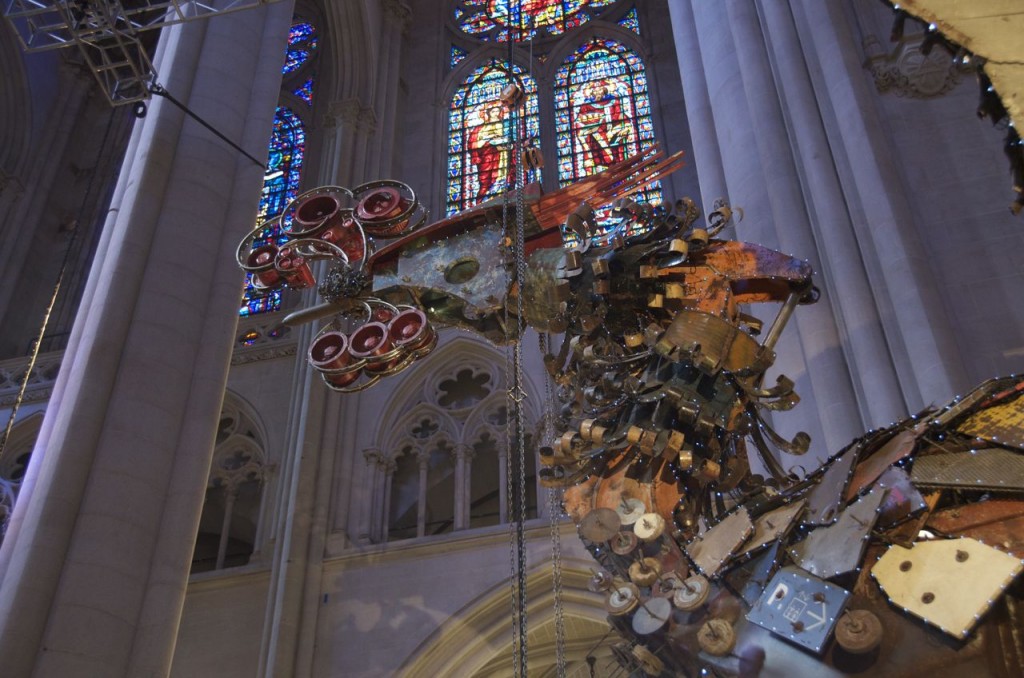 You can see the pieces of metal, the broken saw blades, wheels from trucks and cars, and the broken and discarded tools. 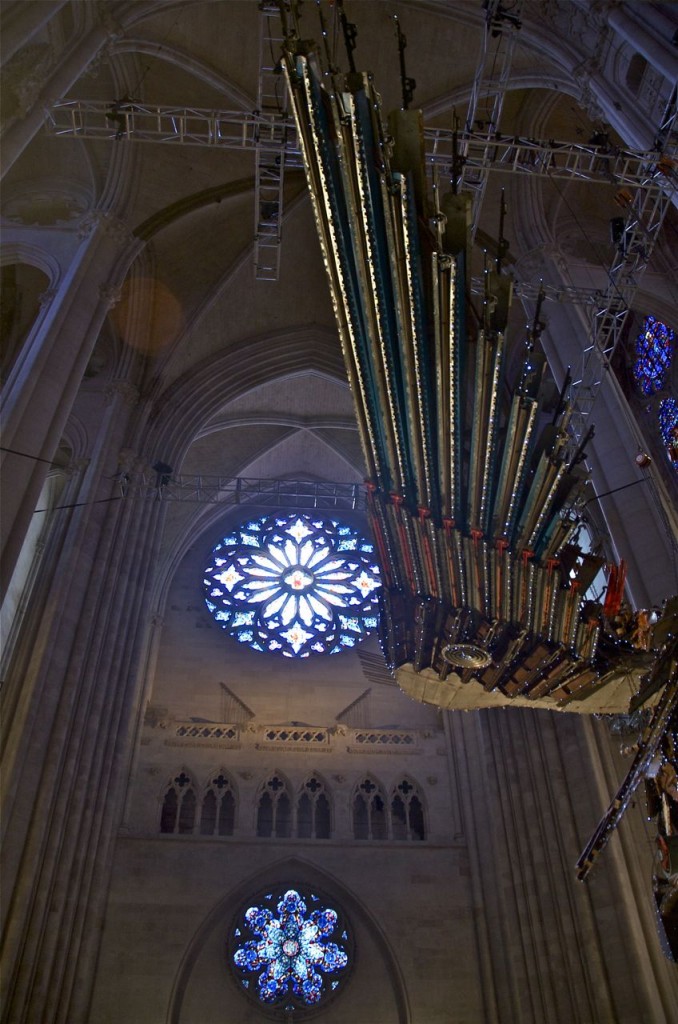 The two sculptures were originally planned to take four months to complete but ended up taking two years. There were unavoidable delays. During the 2008 Beijing Olympics the government banned construction and trucking. Then the 2008 world financial crisis presented further delays when the developers of the project became cautious, sensitive to the critical message Phoenix might convey. They claimed the sculptures looked unfinished and asked Xu Bing to add a layer of crystal to their exterior.

Xu Bing refused to alter his project and the Phoenix was rejected. Without financial support the project stopped. But Berry Lam, a collector of Chinese art, agreed to acquire the Phoenix project and supported their completion. 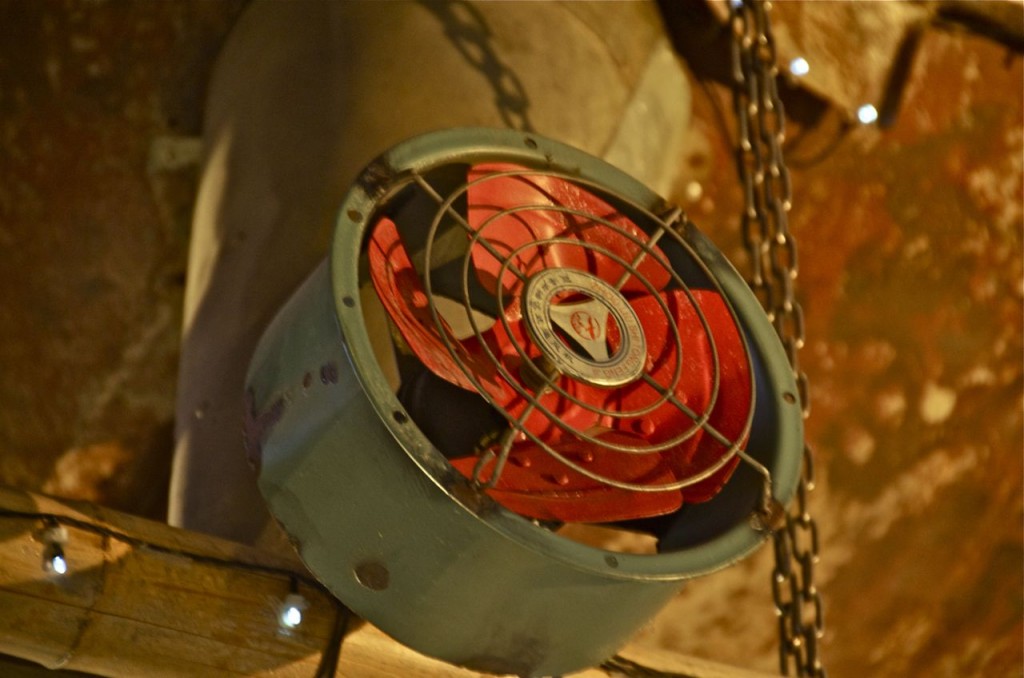 This is a close up of a discarded fan from a construction site that was incorporated into the sculpture. 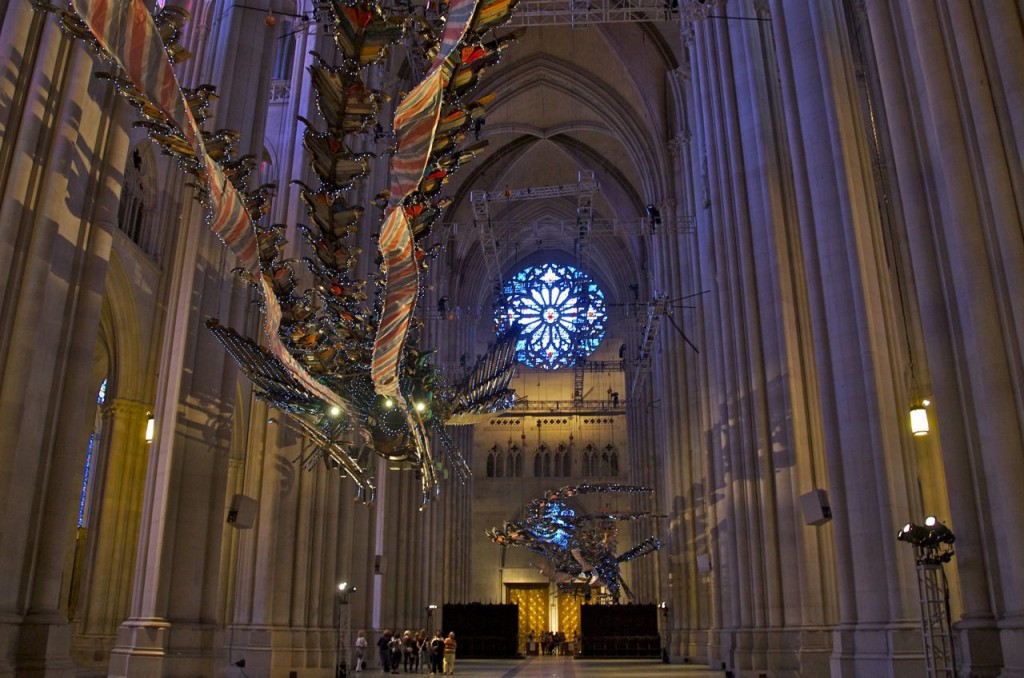 The Phoenix were brought to the Cathedral in January 2014 on eleven trucks from northwestern Massachusetts where it was first exhibited in the USA. An aluminum “super-grid” was fabricated and suspended from the ceiling of the Nave, and the Cathedral’s Great Bronze Doors, which had been stuck for decades, were opened to receive the sculptures.

Northbound traffic was closed on Amsterdam Ave. for three nights to accommodate the 225 ton crane that would be needed to unload the crates that contained the sections of the sculptures. Despite a sudden snow storm and record low temperatures, and the major endeavor of assembling the 36 pieces that comprised the two birds, the instillation was completed in four days.

The above photograph is a view of the two Phoenix facing the front of the Cathedral and the beautiful huge rose window. 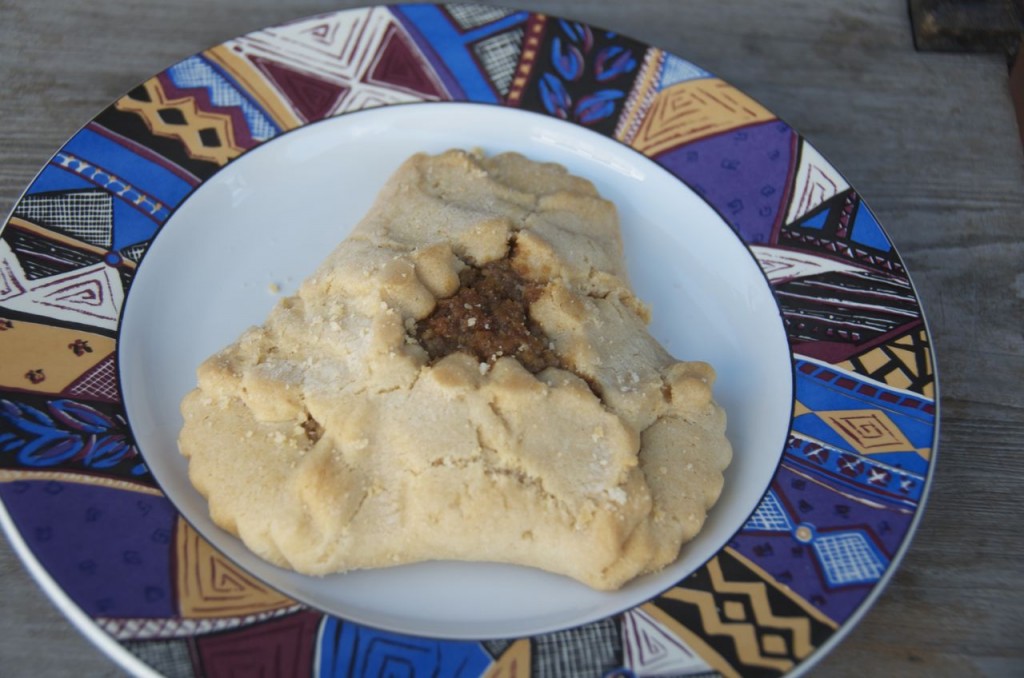 After a walk through the Cathedral and taking photos of the Phoenix I went across the street to the Hungarian Pastry Shop. They have an outdoor eating area with a lovely view of St. John the Divine. I settled in at one of the outdoor tables to enjoy more of the late summer sunshine and to have a hamentashen, a buttery, sugar cookie dough folded over a luscious jam filling, and a large cappuccino. A perfect ending to a lovely afternoon visit to the Cathedral.

15 comments for “PHOENIX AT ST. JOHN THE DIVINE”