The other day I heard about Prune Nourry’s “Terracotta Daughters” exhibit in Lower Manhattan. It was only going to be in the city for another week and when I read the review I had to make time to travel downtown to see it. It was Nourry’s latest work from China, a reflection on gender selection and the preference for the male child. 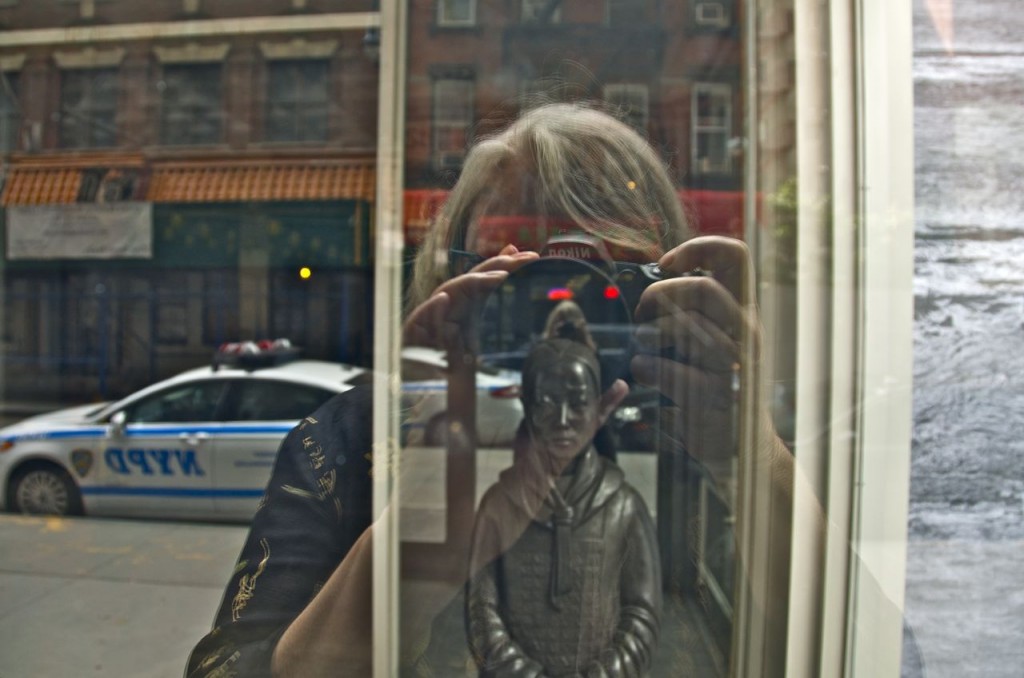 I got there early. The doors were locked, but there were two statues standing sentinel inside the entrance to the exhibit. 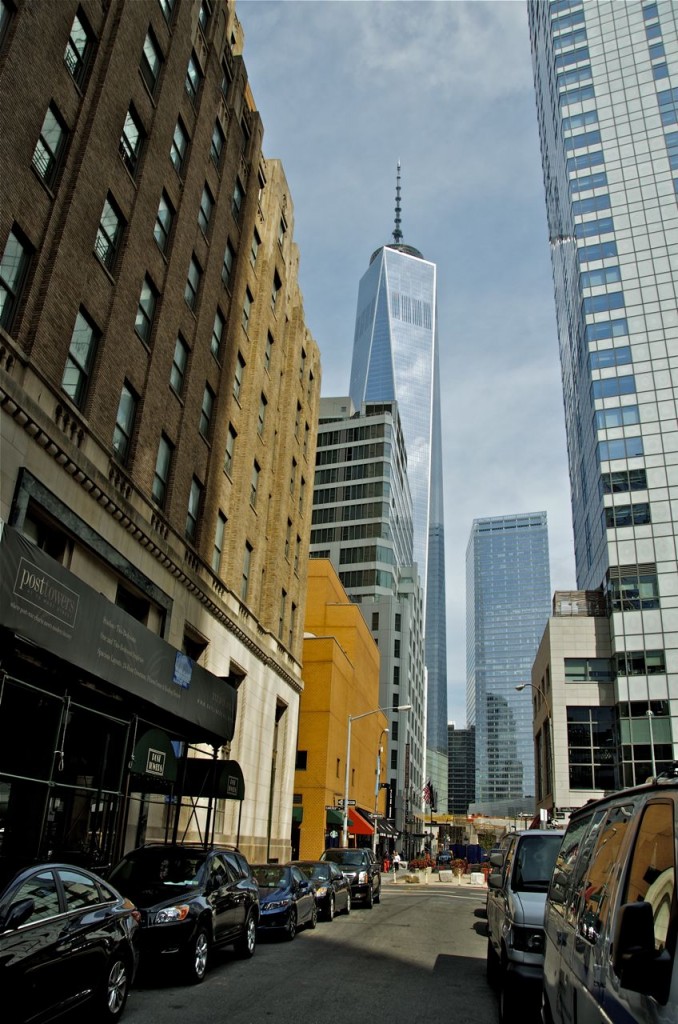 The exhibition is a short walk from the World Trade Building. It was a lovely bright morning and all the glass structures in the area were gleaming and reflecting each other. 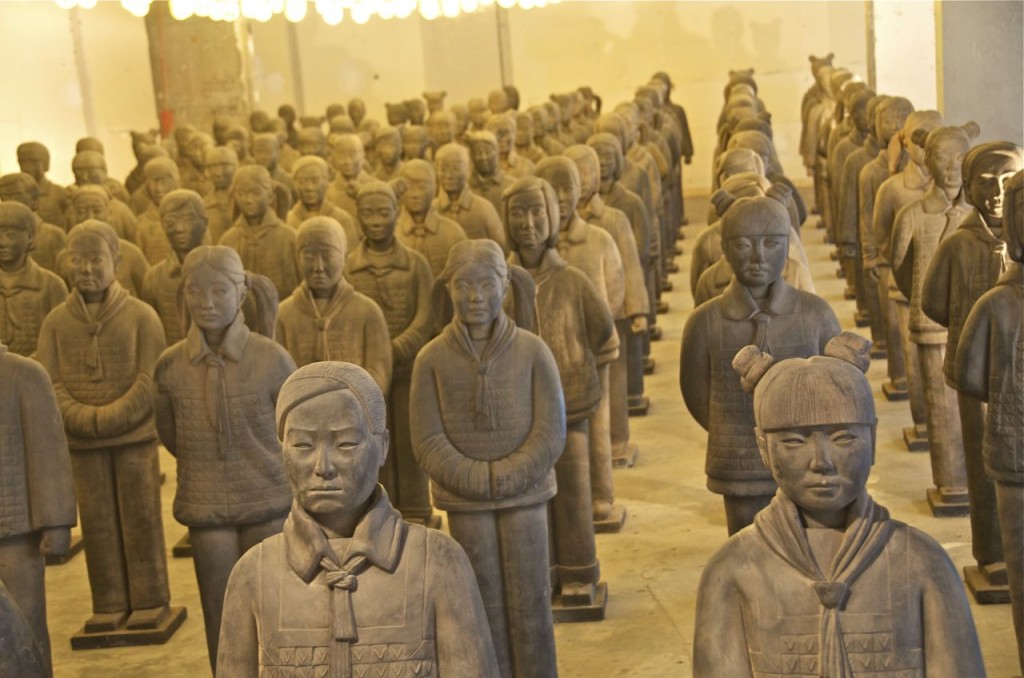 I didn’t have to wait long before the doors were opened. The Terracotta Daughters exhibition is composed of 108 life-sized, distinct, sculptures of young Chinese girls. The stylized figures were inspired by the Terracotta Soldiers displayed in their original Xi’an archeological site discovered in the 1970’s. 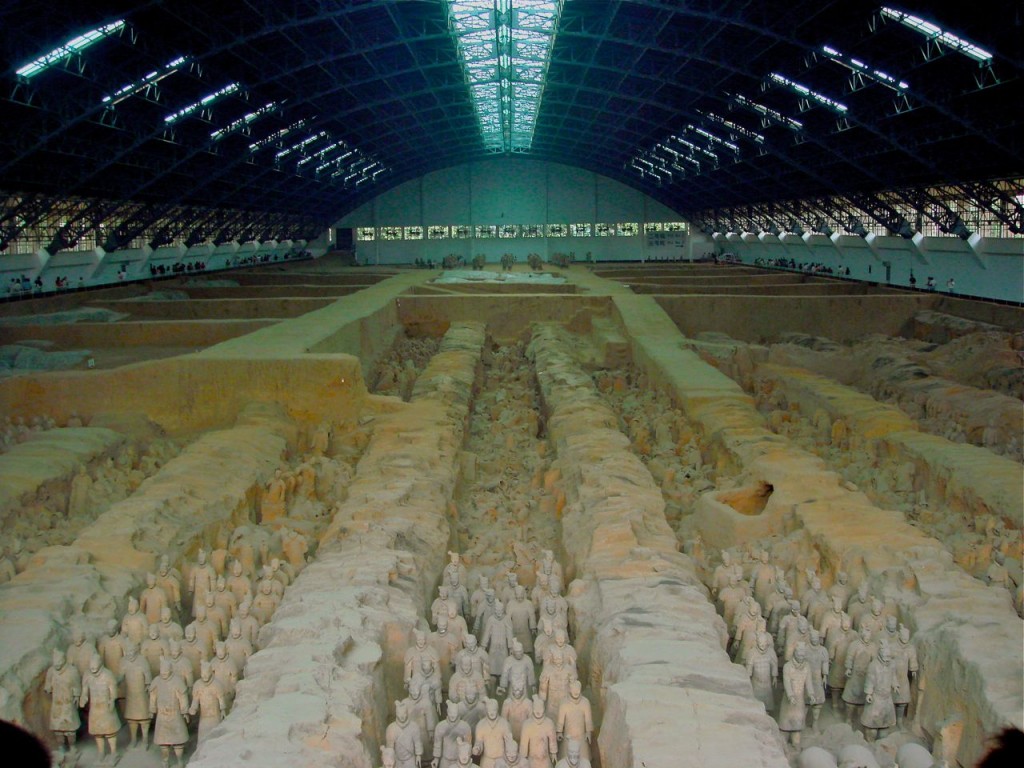 I’ve seen the Terracotta Soldiers and they are beyond amazing. They were discovered by two farmers working in their field and words cannot describe the visual impact when I first walked into the open space, the soldiers facing front, the hundreds and hundreds of soldiers standing sentinel, each with a different face, each ready to protect their Emperor. 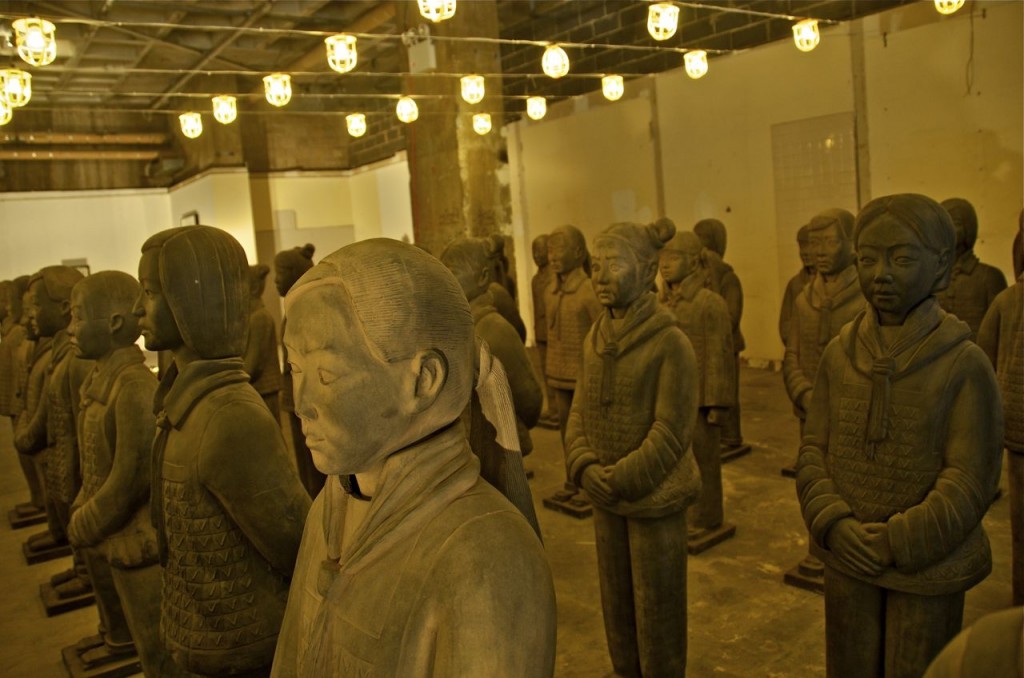 The Terracotta Daughters are not fierce looking or threatening. They stand poised, emotionless, waiting. 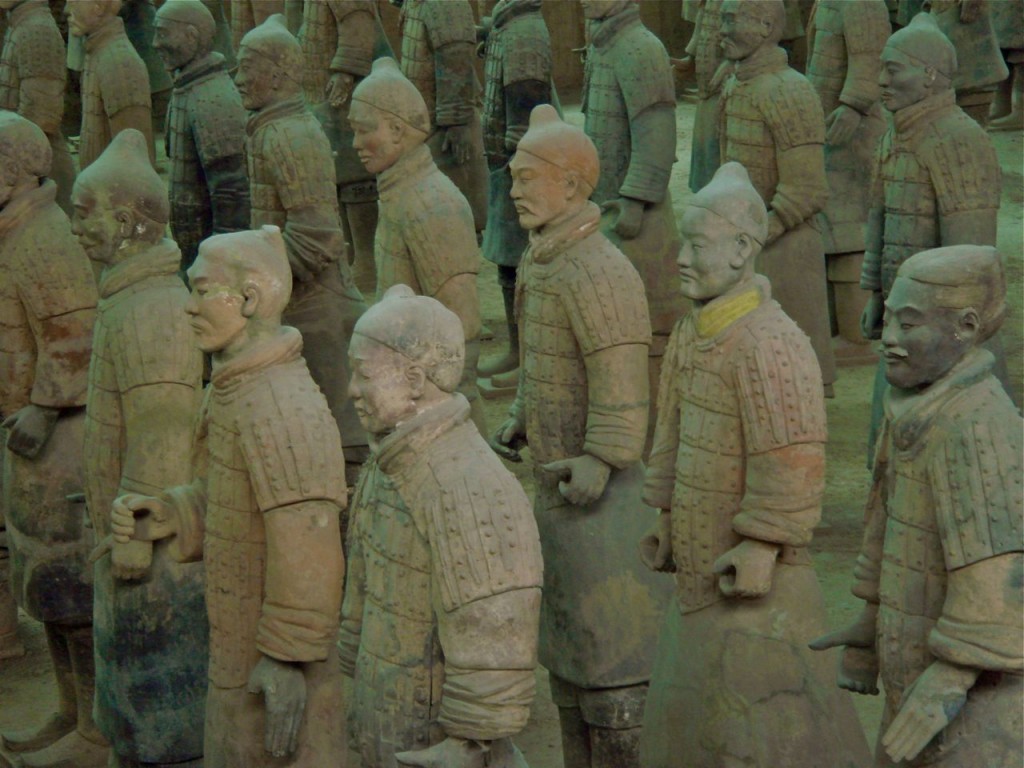 The Terracotta Soldiers stand poised also, but there is a fiercer quality to their poses, and within each sculpted hand there had undoubtedly been a weapon, a lance, a spear, or some ferocious weapon of the day. 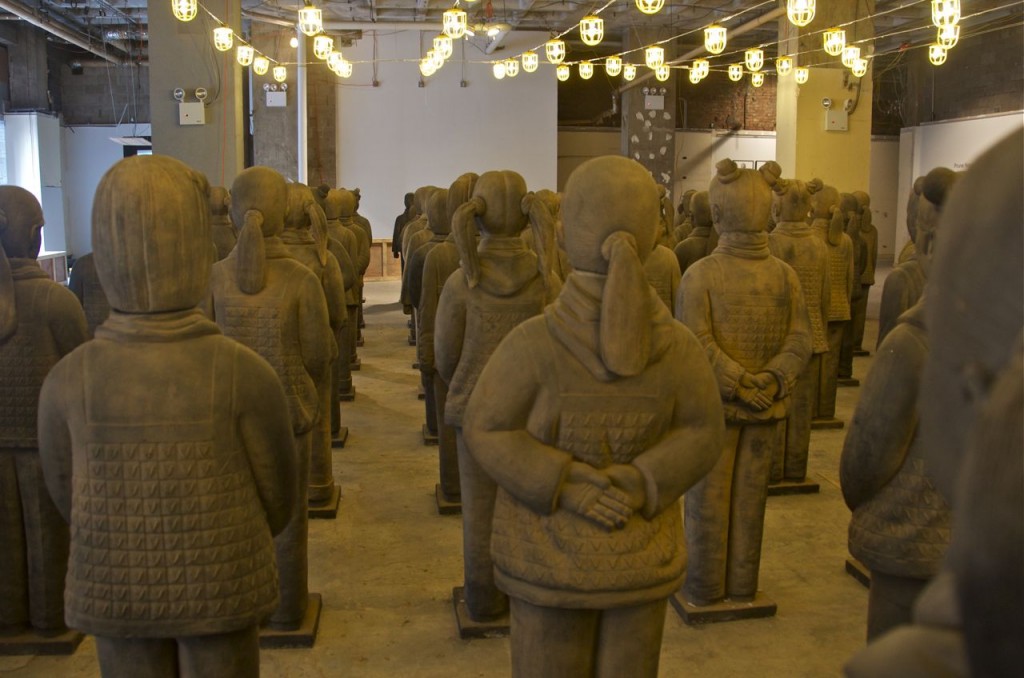 But the Daughters pose no threat. They wait. They stand at attention. 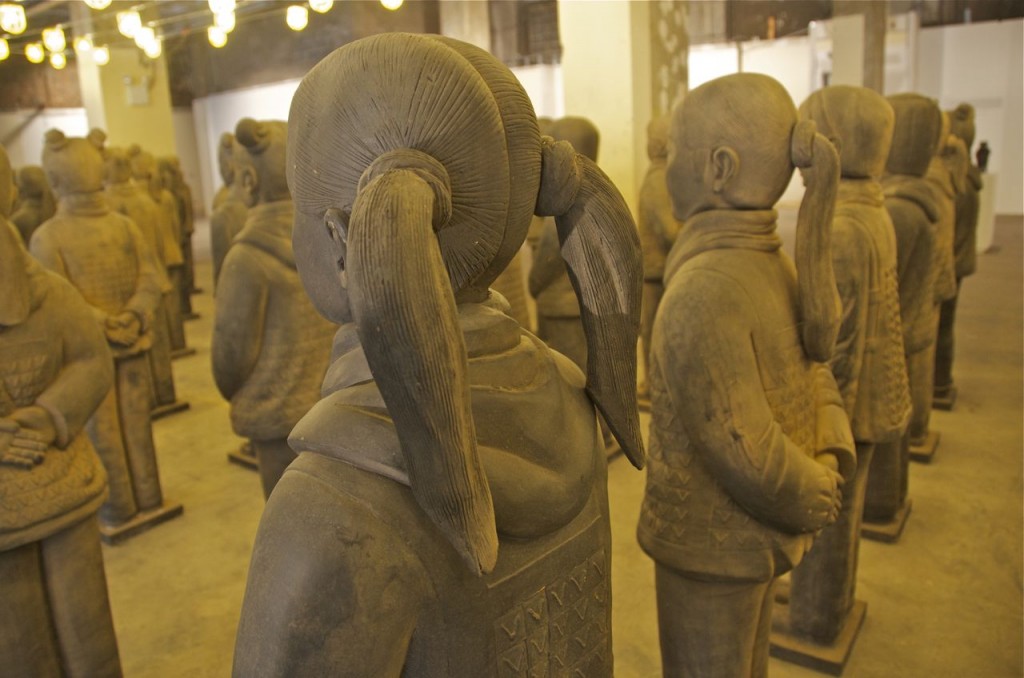 Prune Nourry first sculpted the original works modeled after eight Chinese orphan girls. She then collaborated with local craftsmen to learn the ancestral technique that is now used most often to create replicas of the original warriors that are sold to tourists . 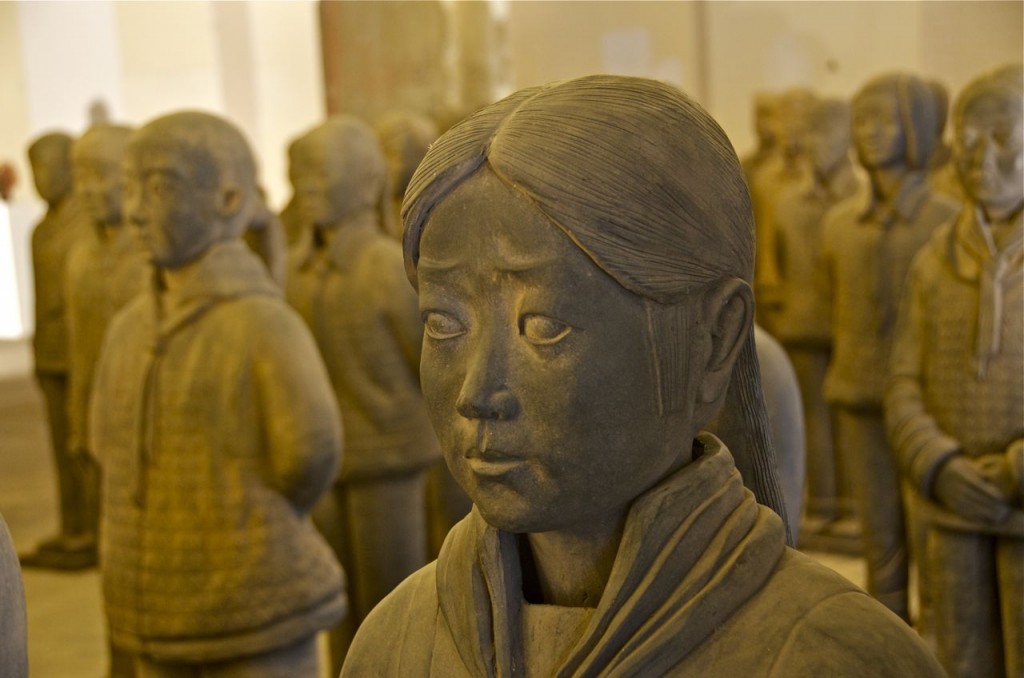 She then applied these techiniques to the creation of her army of Daughters. 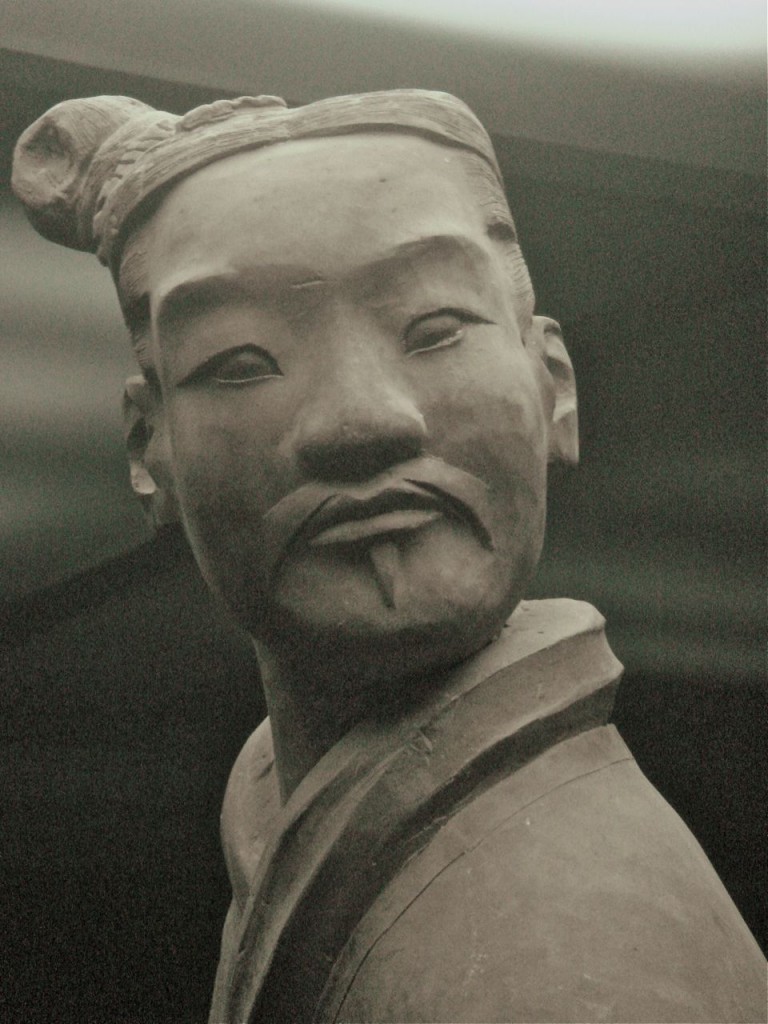 This is a photo I took of one of the Terricotta Warriors. You can see the similarities in the ancient technique and the presentation of the Terracotta Daughters. 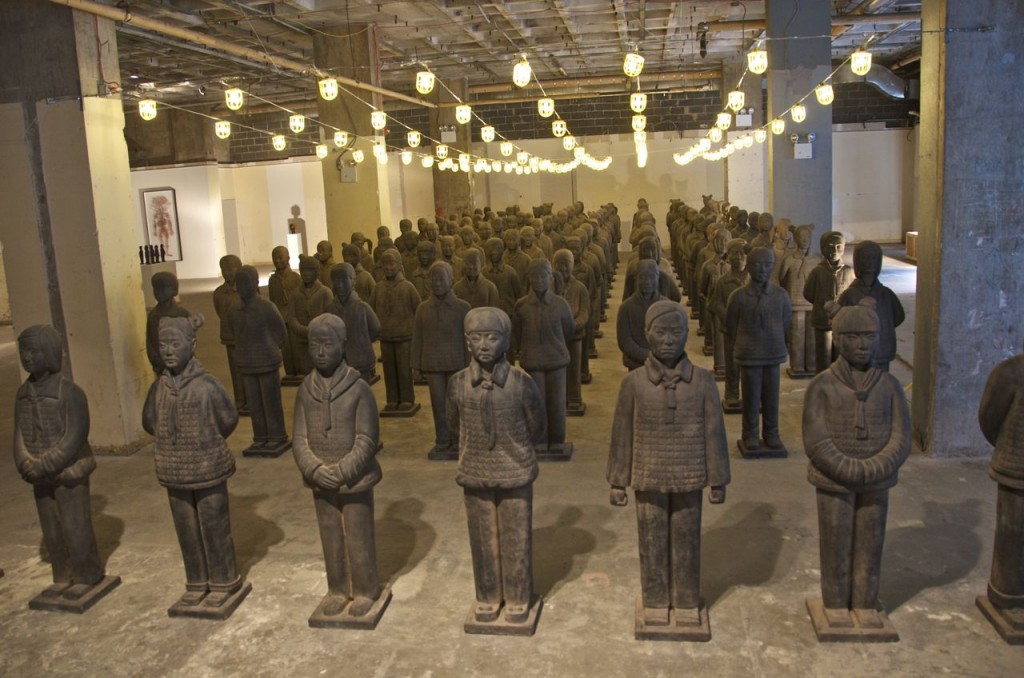 The Terracotta Daughters stand facing front just as the over 8,000 Warriors had done when they were constructed. 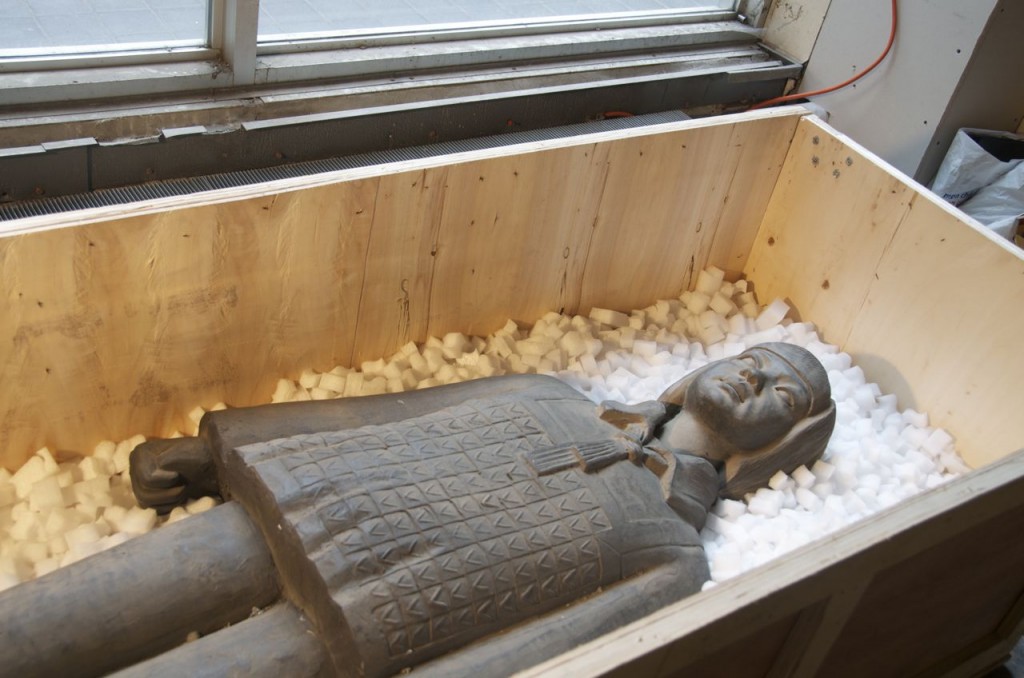 The Terracotta Daughters are scheduled to next be sent to Mexico City. After their Grand Tour they will be sent back to China to be buried in 2015, creating a contemporary archaeological site that mirrors that of the original Terracotta Warriors. Prune plans to excave the girls in 2030 when sociologists predict the demographic imbalance will be at its peak. 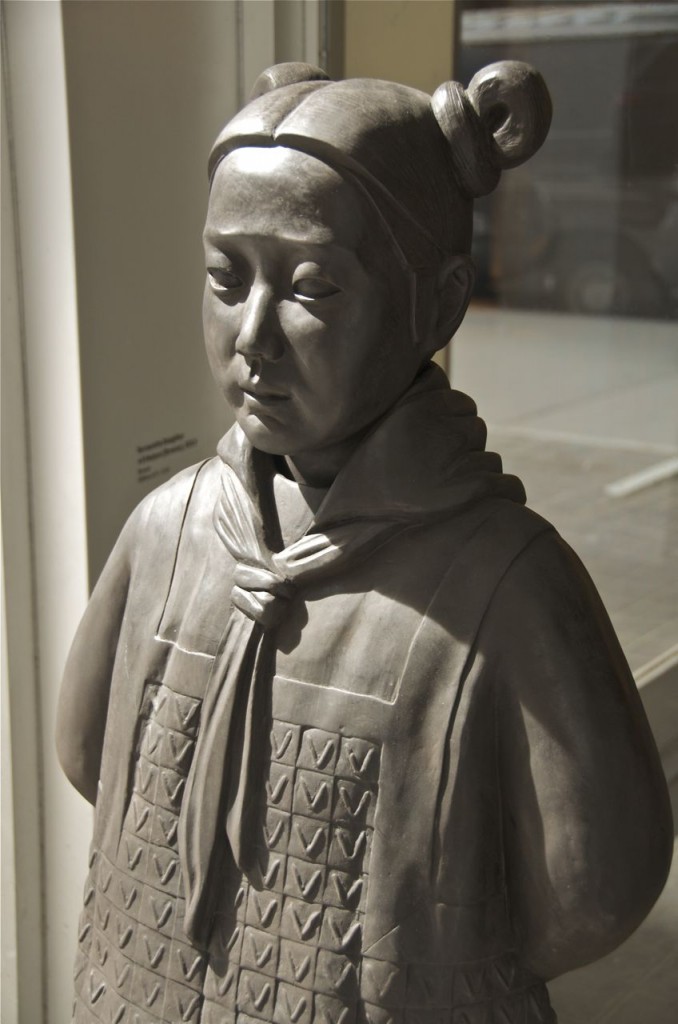 As I left the gallery I couldn’t help but be drawn to the lovely light that the afternoon sun cast on one of the Terracotta Daughters that stood at the entrance to the exhibit. 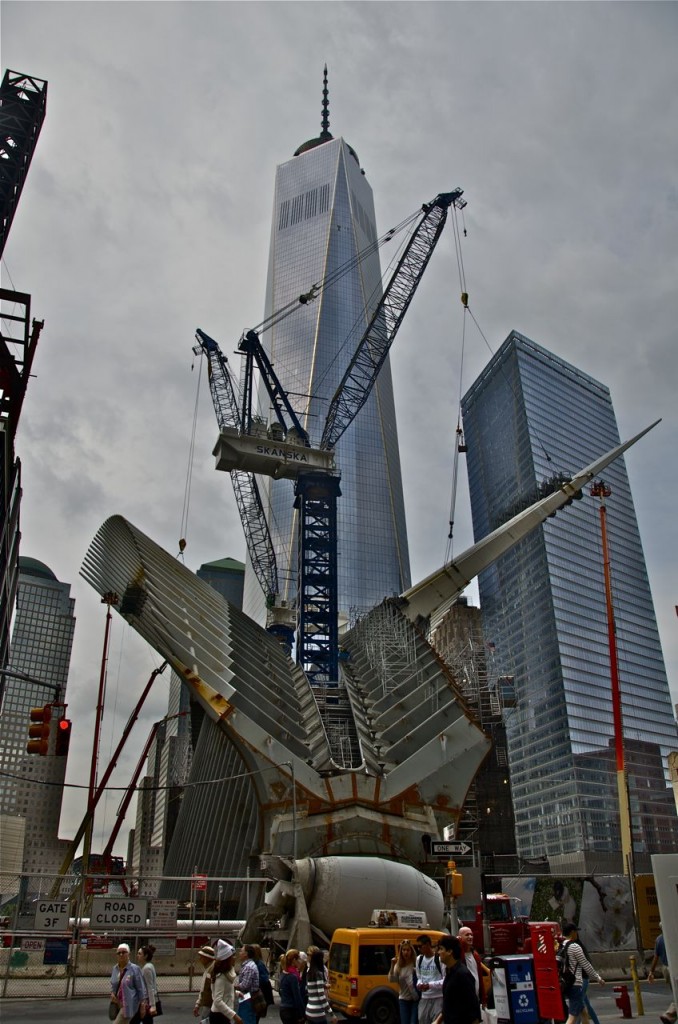 We waked around for a while after viewing the Terracotta Daughters. This is a photo I took of an unusual structure being built near the World Trade Building. Not sure what it’s going to be, but it seems to me that it’s looking like it wants to be an artifact.

← PHOENIX AT ST. JOHN THE DIVINE
TRAFFIC IN VIETNAM →