Recently I finished writing a novel, PUSHING WATER. The story is based in Vietnam several years before WWII. It’s a murder mystery, but probably it’s more about what was happening during those years. The world was a mess. Japan had invaded China and Hitler was attempting to dominate Europe.

I visited Vietnam a few years ago and many things come to mind when I remember that trip. But let me tell you about travel and transportation. Vietnam has very few traffic lights, no stop signs and no traffic cops. 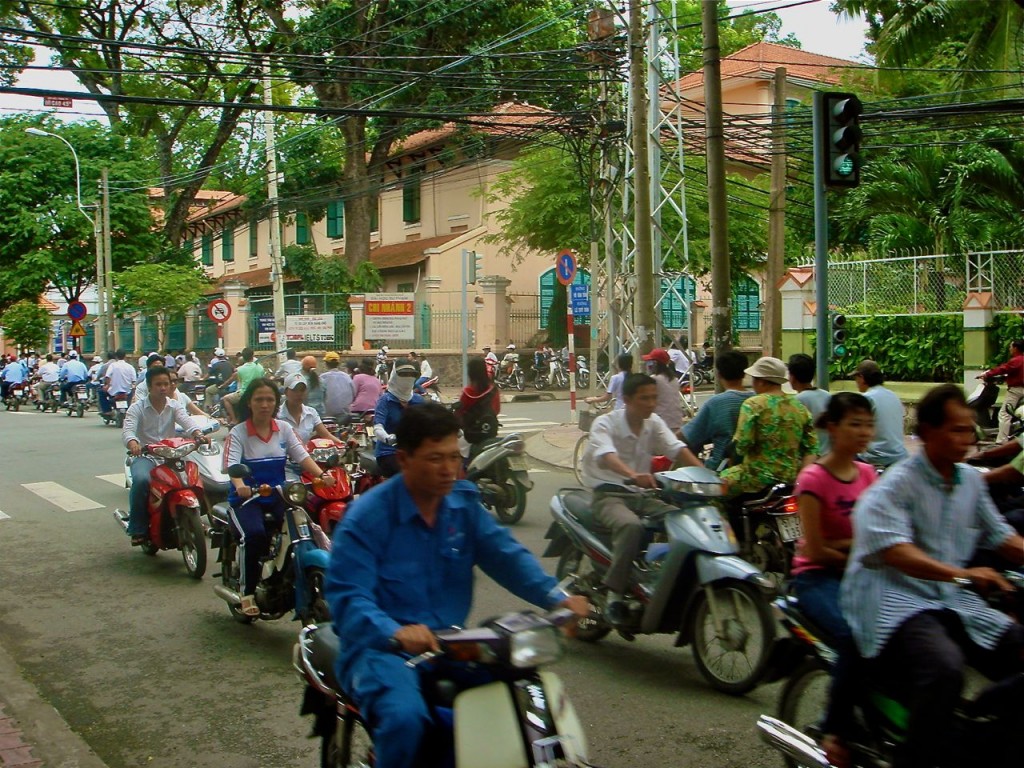 At intersections and cross roads there is an understanding that everyone will get to where they are going, and the term we heard used many time was that the driver will ‘ease into traffic’. If you persist in moving forward you will get into the stream of motor scooters. There are cars on the streets, but very few and many of them are taxis. In a country with 54 ethnic groups, a population of 82.8 million there are over 4 million motor scooters. 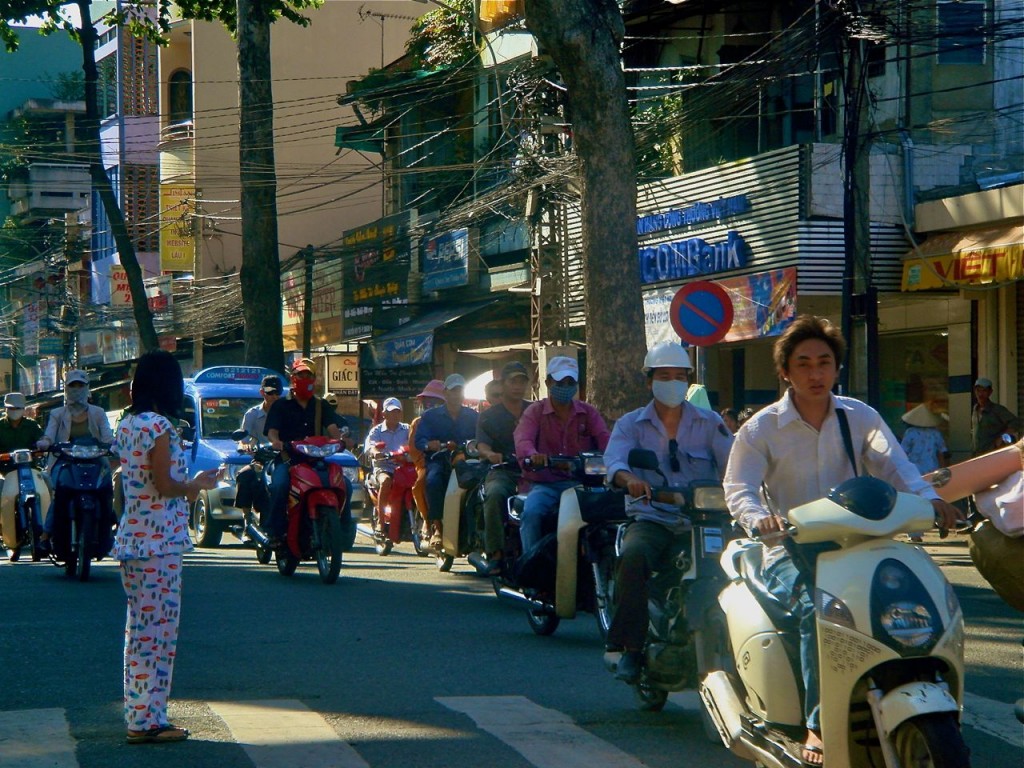 And I want to tell you, crossing the street on foot in Vietnam is not for the weak of heart. You must, as we were told, dance with the traffic. Step off the curb and move forward watching at all times from which direction a scooter will be coming. Let one or two scooters pass, step forward. Always keep moving, never stop, and never turn around and run back to the curb. Most scooters will not slow down for you, but they will beep-beep you, not in annoyance, but to let you know that they are there. We always made it across the street and we never saw anyone hit while maneuvering from one side of the street to the other. 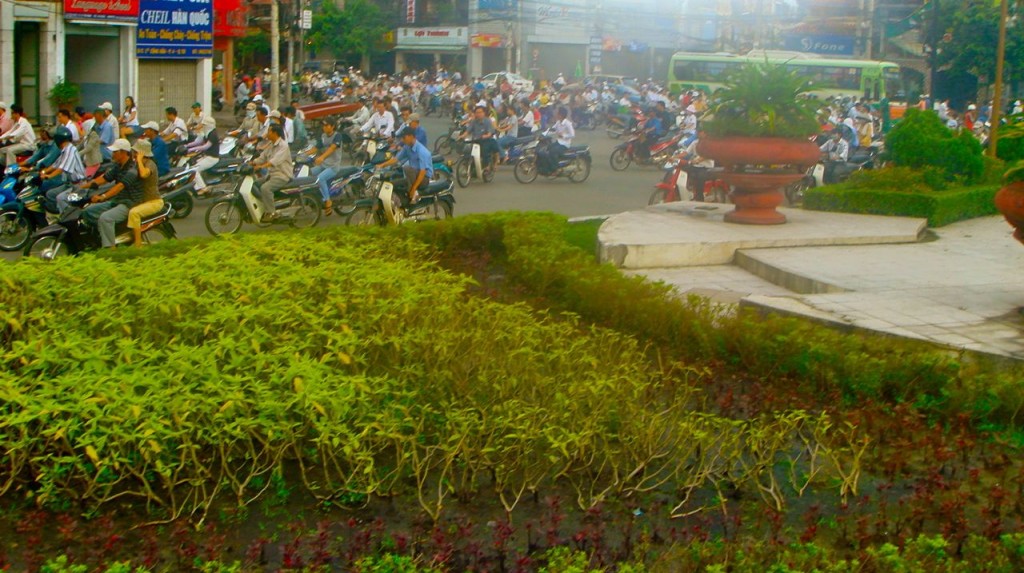 Rush hour is always a crush of scooters. 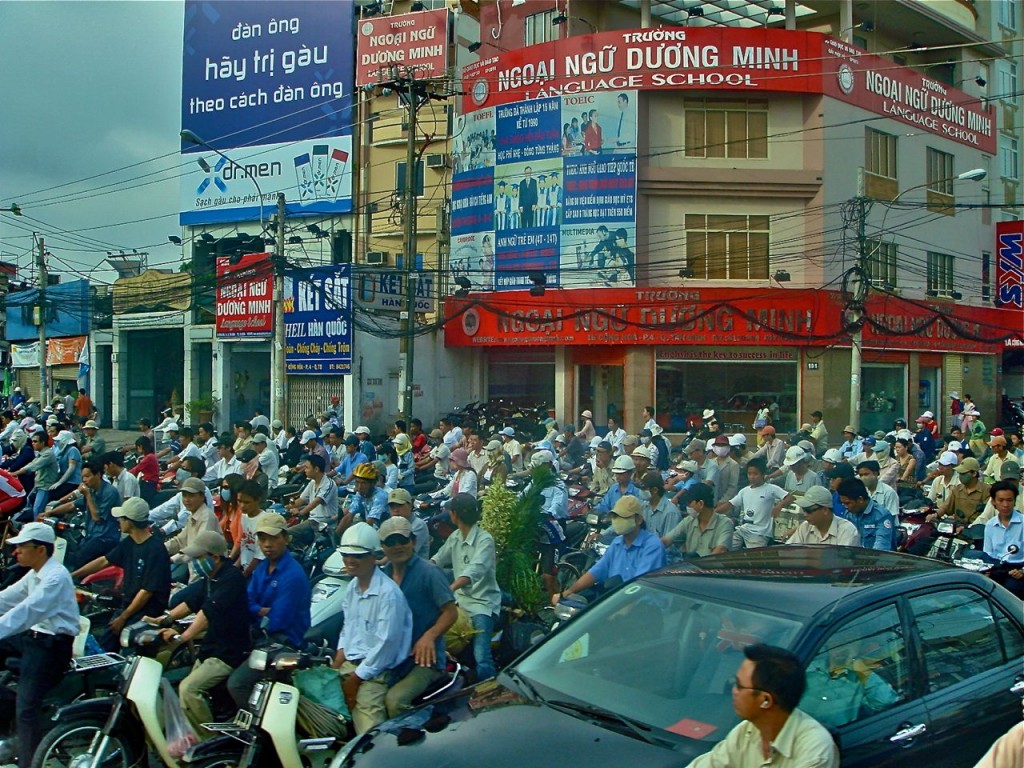 And scooter jams are a common occurrence. 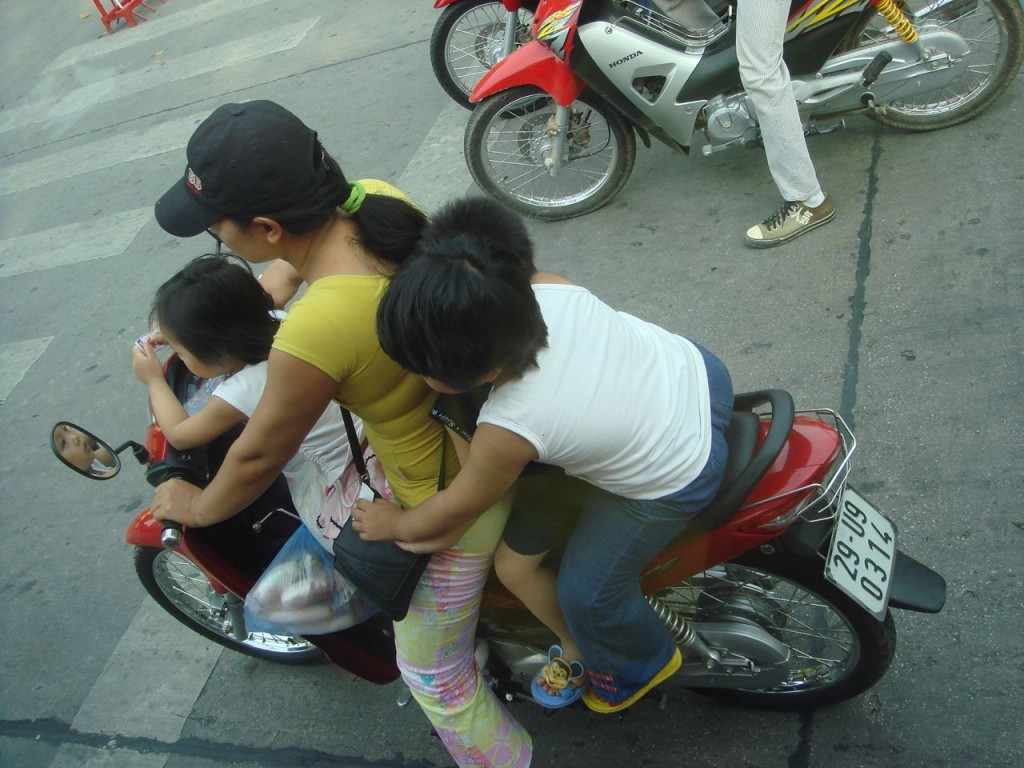 I have heard that outrageous numbers of people can travel together on a scooter, but it is not uncommon to see a mother with all her children traveling through Hanoi, taking the kids to school and then bringing them home again. 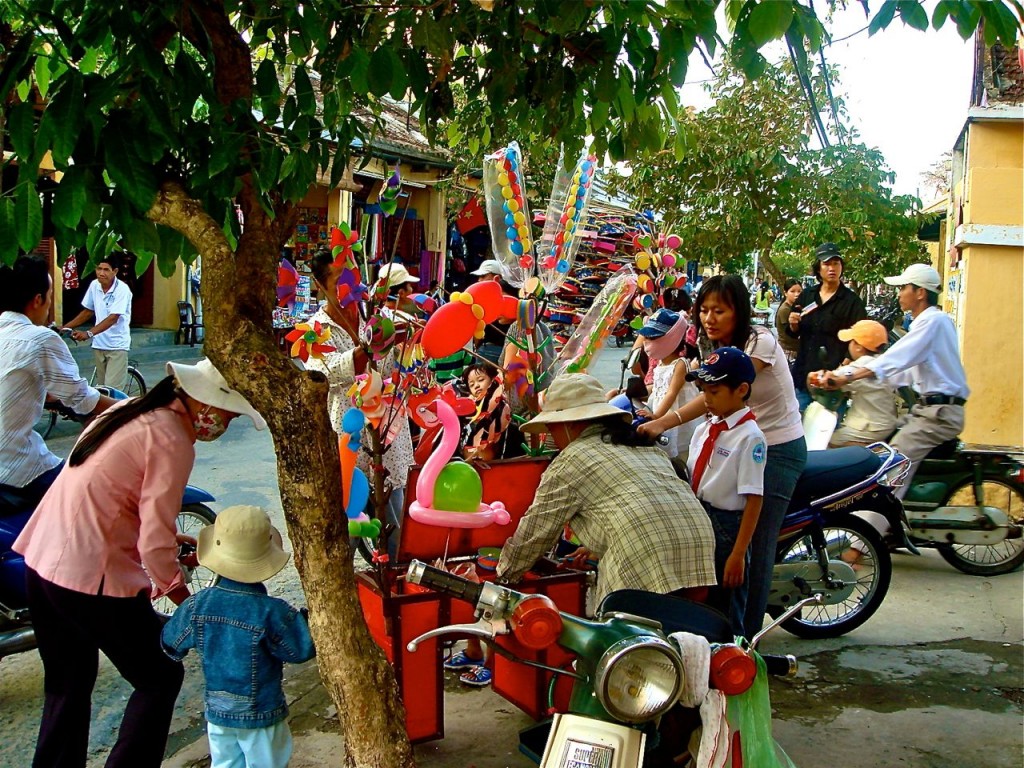 This is a photo of a balloon vender who travels about the city on her motor scooter, stopping at the various schools selling her goodies. 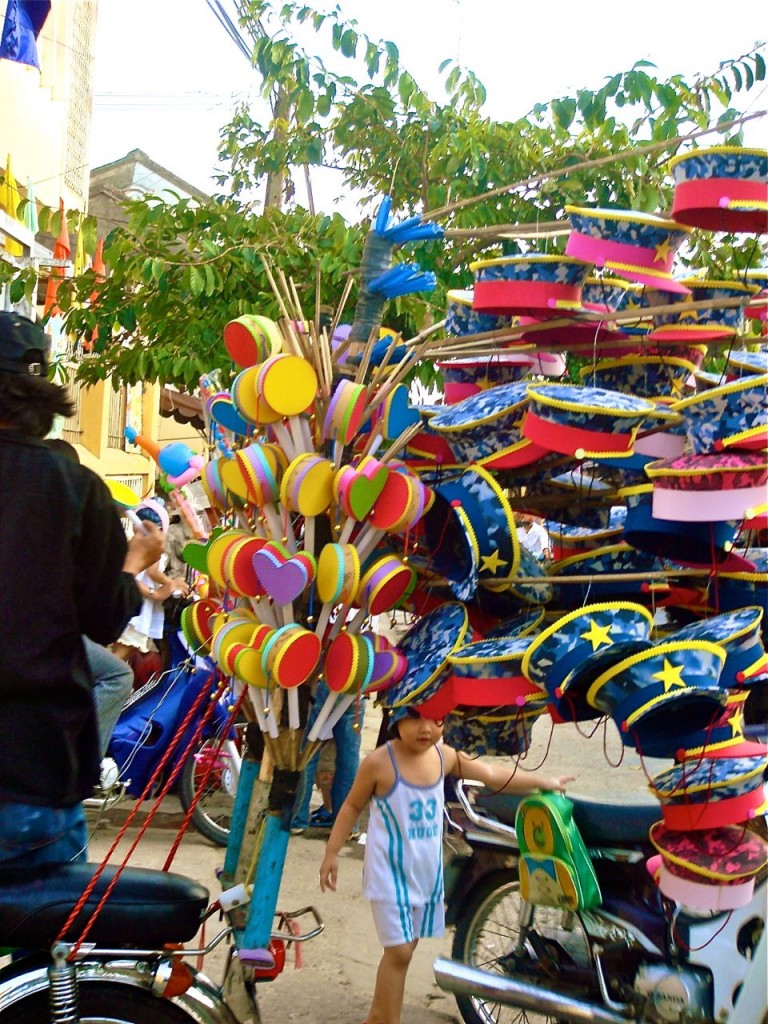 Many scooters have been adapted to carry products. Here are a couple of scooter vendors parked outside of a school. 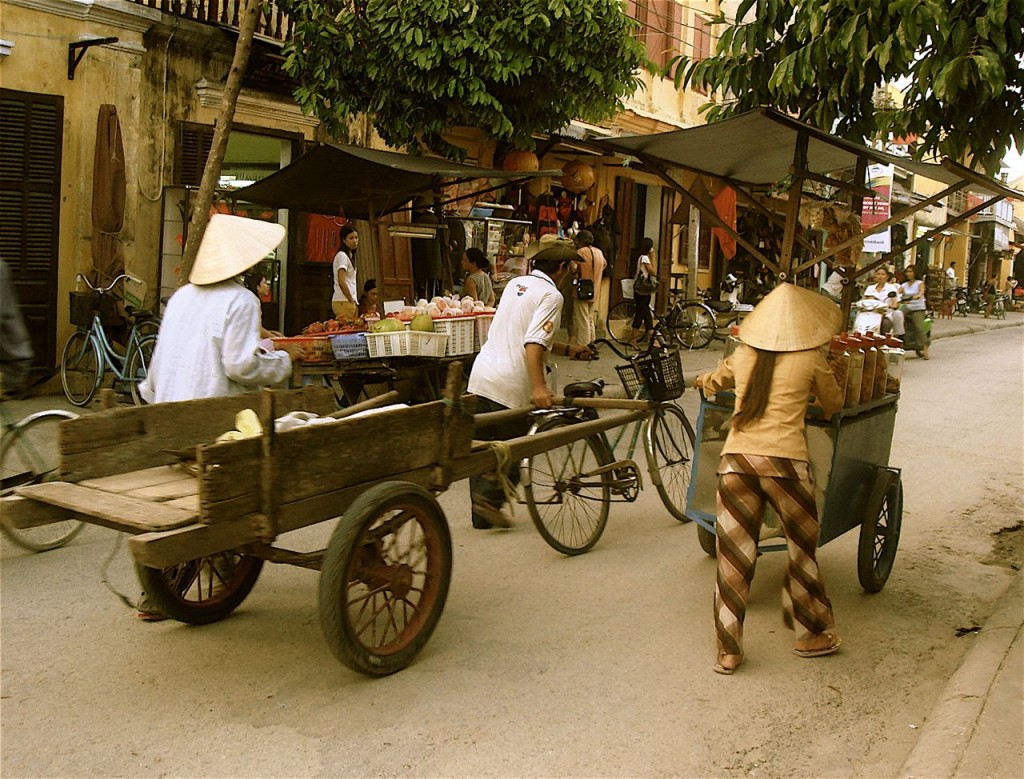 Pulling, pushing and shoving is often the only way to get goods from one location to another. 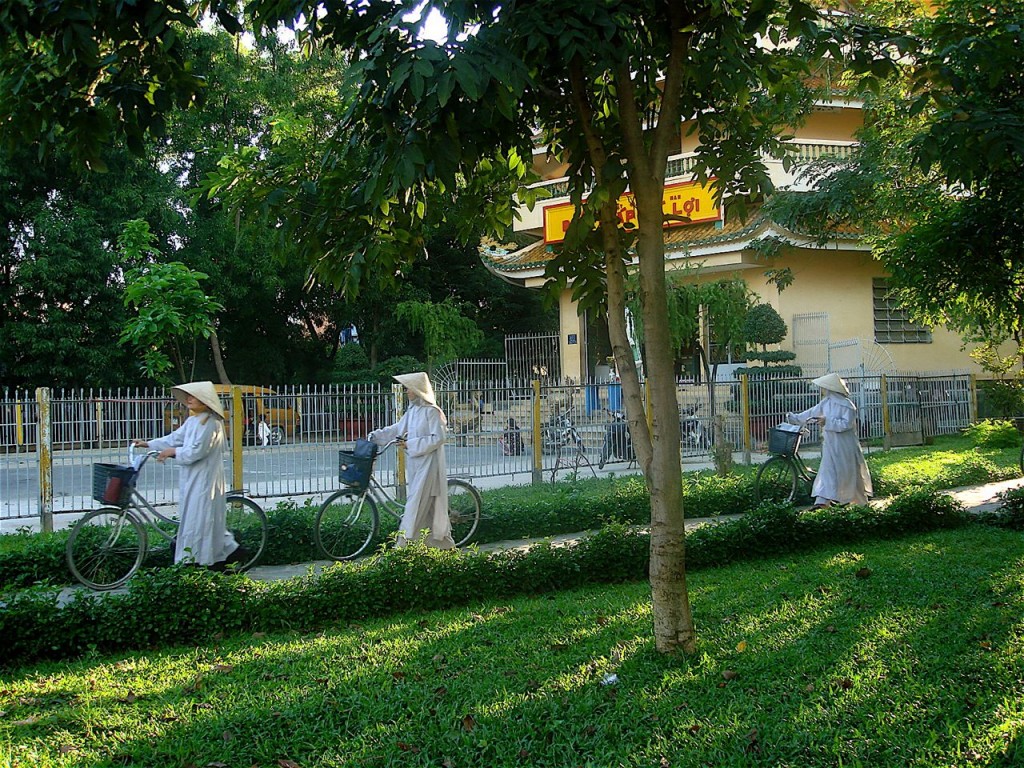 Here is a photo of nuns about to get into the late afternoon traffic. 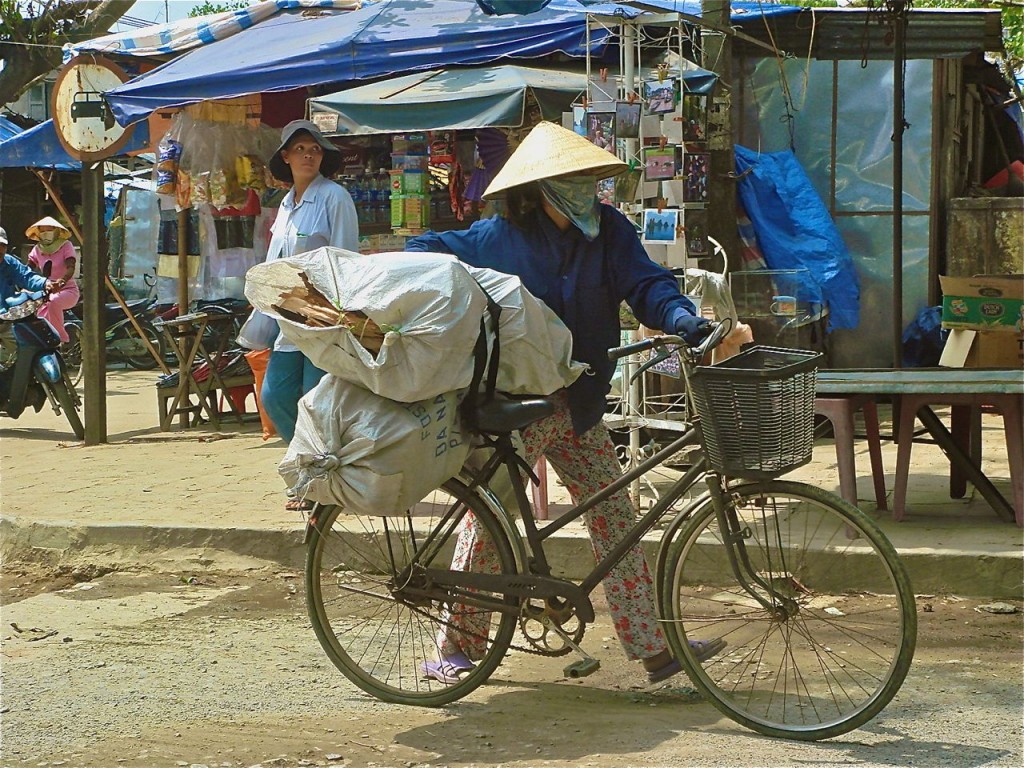 I frequently saw women, faces covered by a kerchief, hands in gloves, transporting large, heavy bundles on their bikes. 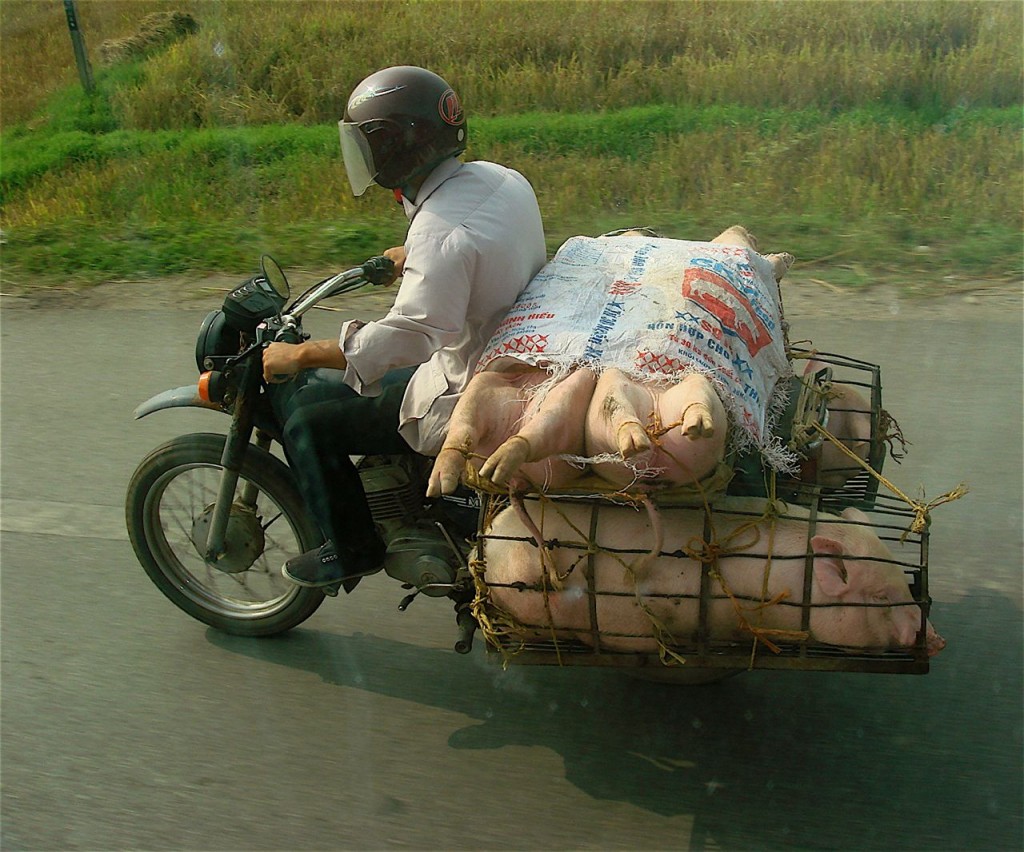 Even pigs are transported to the market by scooters. I don’t know if these pigs are alive or dead, but they are certainly piggy-tied and other than perhaps squealing, these guys are not going anywhere. 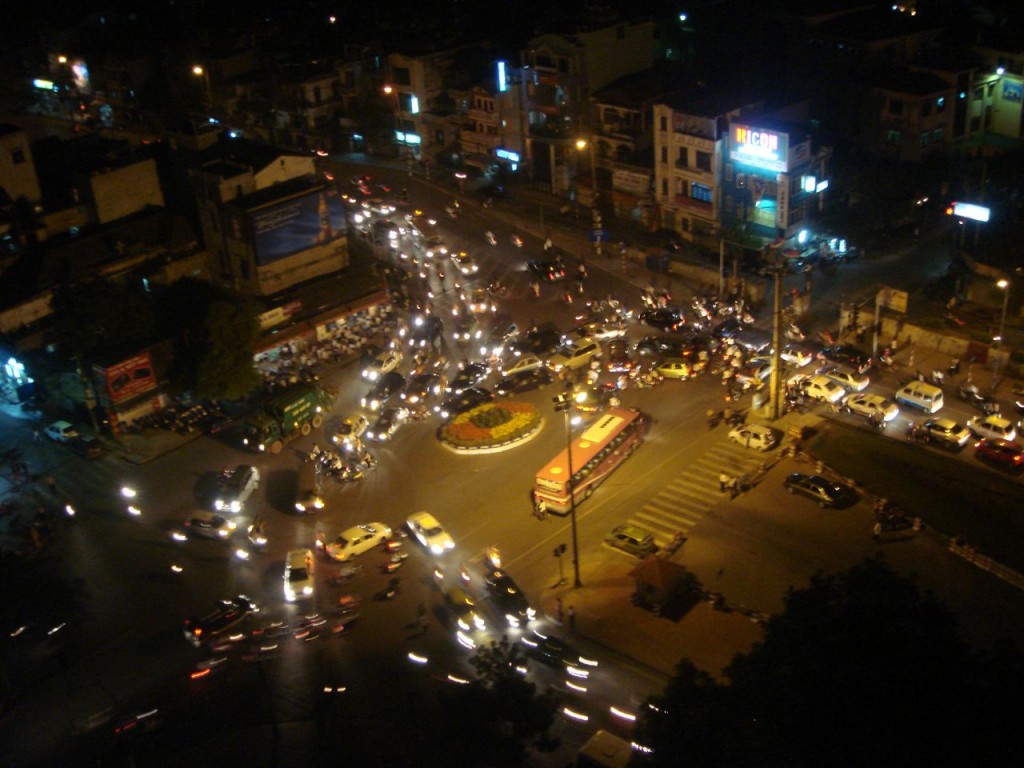 After dark is when you get a good look at the unique system of traffic.

14 comments for “TRAFFIC IN VIETNAM”