I don’t mind sharing my birthday!! May 24th. It’s fun to find out who was also born on that day or what special event happened. Take for instance, Bob Dylan, Rosanne Cash, Patti Labelle, Queen Victoria, and even my dear friend, Steve Goldstein, has the same birthday as me. And this morning I found out that I also share my birthday of the Brooklyn Bridge. How special is that!! 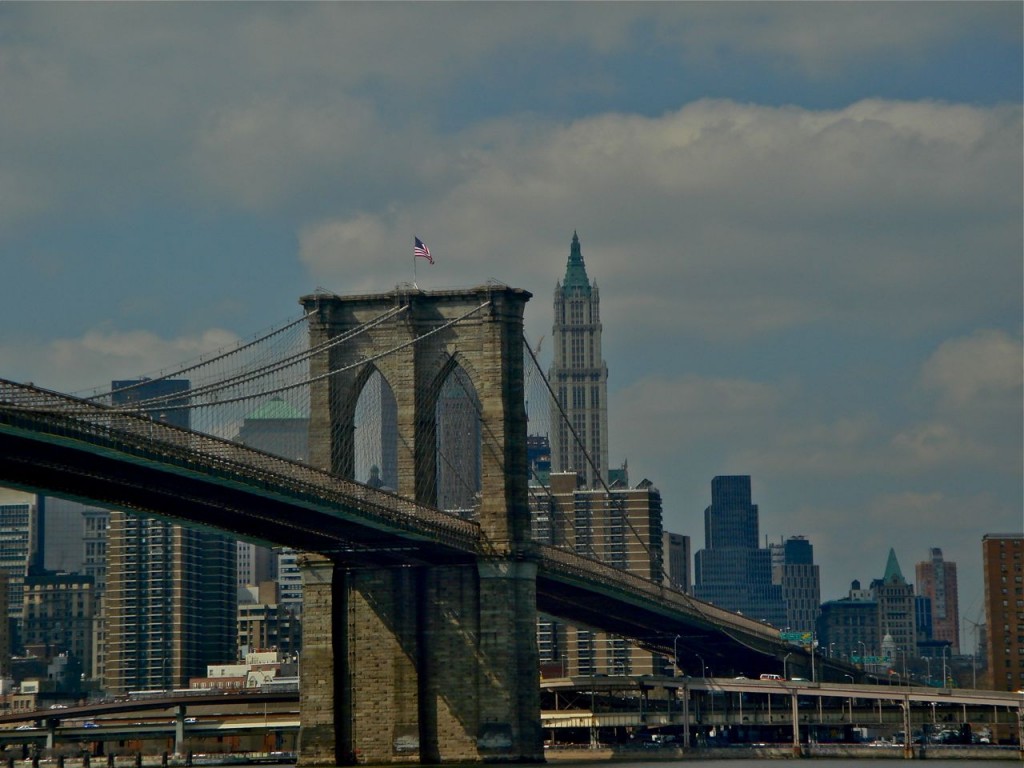 I’ve walked across this bridge quite a few times. It’s always a treat. So, I was quite pleased to learn that 130 years ago on May 24th this bridge was opened to the public. It took 600 workers 14 years to build the limestone granite structure and to stretch the suspension cables across the expanse of the thoroughfare, all at a cost of $15 million ($320 million by todays standards). The bridge was designed by John Augustus Roebling, a German immigrant who invented wire rope suspension bridge construction. He was seriously injured during a survey trip to the bridge construction site and as a result the toes on one foot were amputated. Unfortunately soon after this surgery he developed tetanus and died just as the construction of the bridge was getting underway. 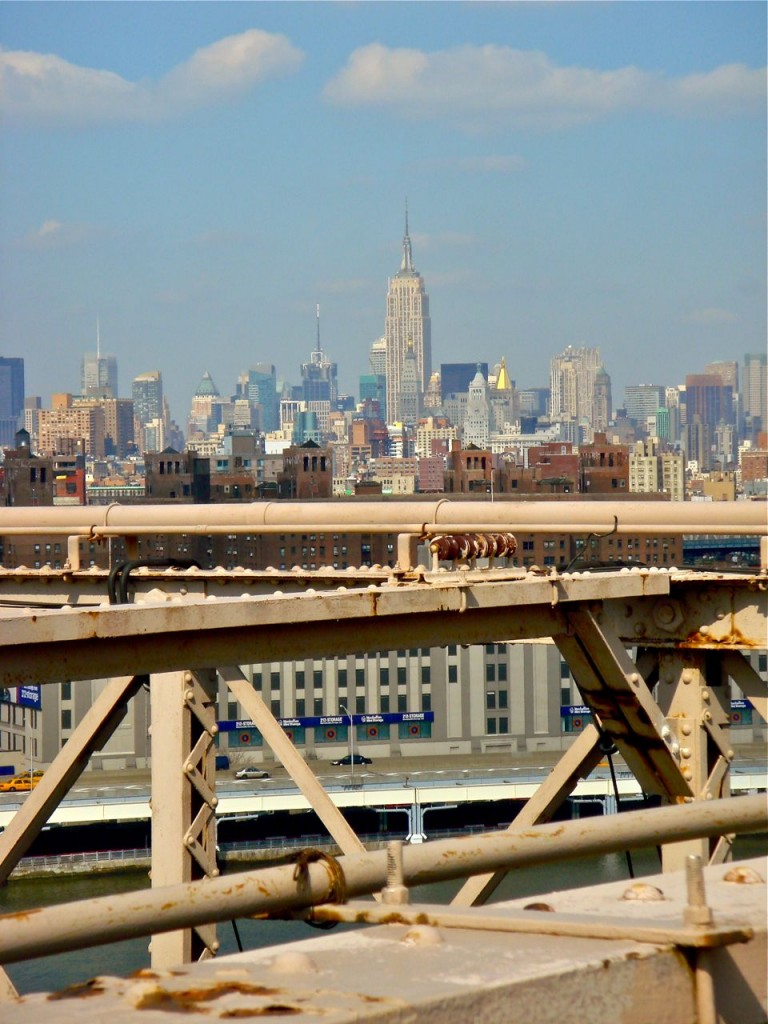 John Roebling, prior to his death put his son, Washington Roebling, in charge of the project. But Washington was not in such good health, either. He had been working with the underwater construction of the project and developed a paralyzing injury, decompression sickness, a result of working deep under water. Many workers were also afflicted with this disease. Washington was so debilitated by this affliction that he could not travel to the the site to supervise the construction first hand and his wife, Emily, provided the critical written link between her husband and the engineers on site. For the next 11 years Emily assisted her husband in supervising the bridge’s construction. 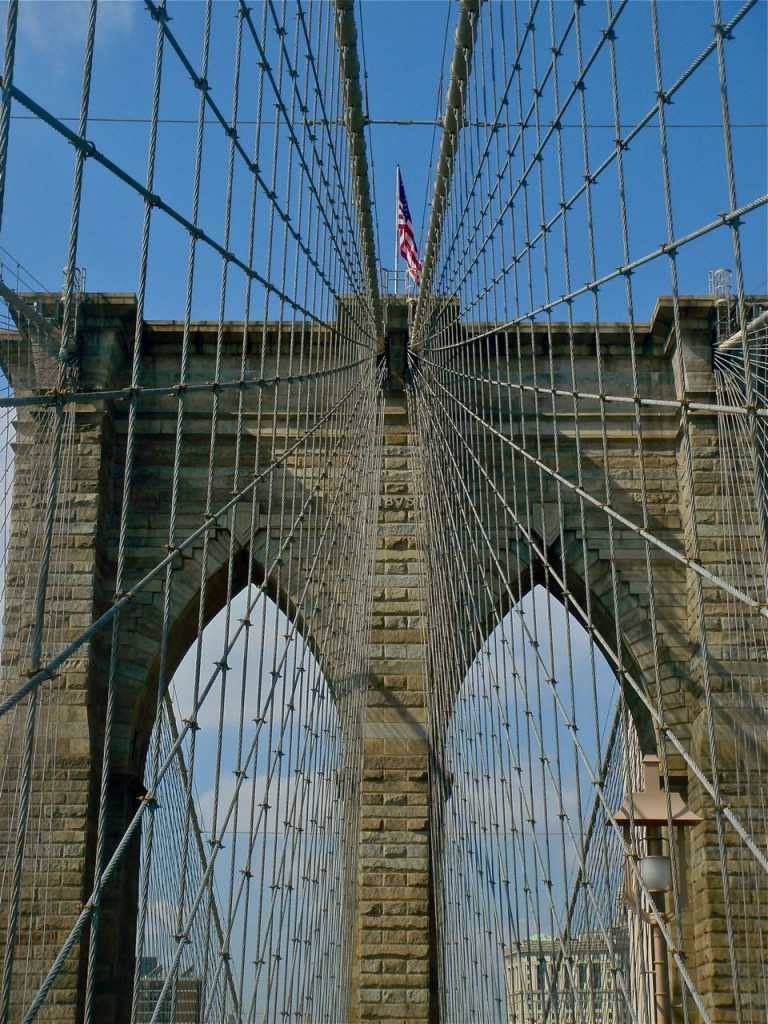 When I walk across the bridge my eyes naturally travel up as I approach the towers. Visually strong and powerful these towers are constructed of granite that was quarried and shaped on Vinalhaven Island, Main and delivered to New York by schooner. 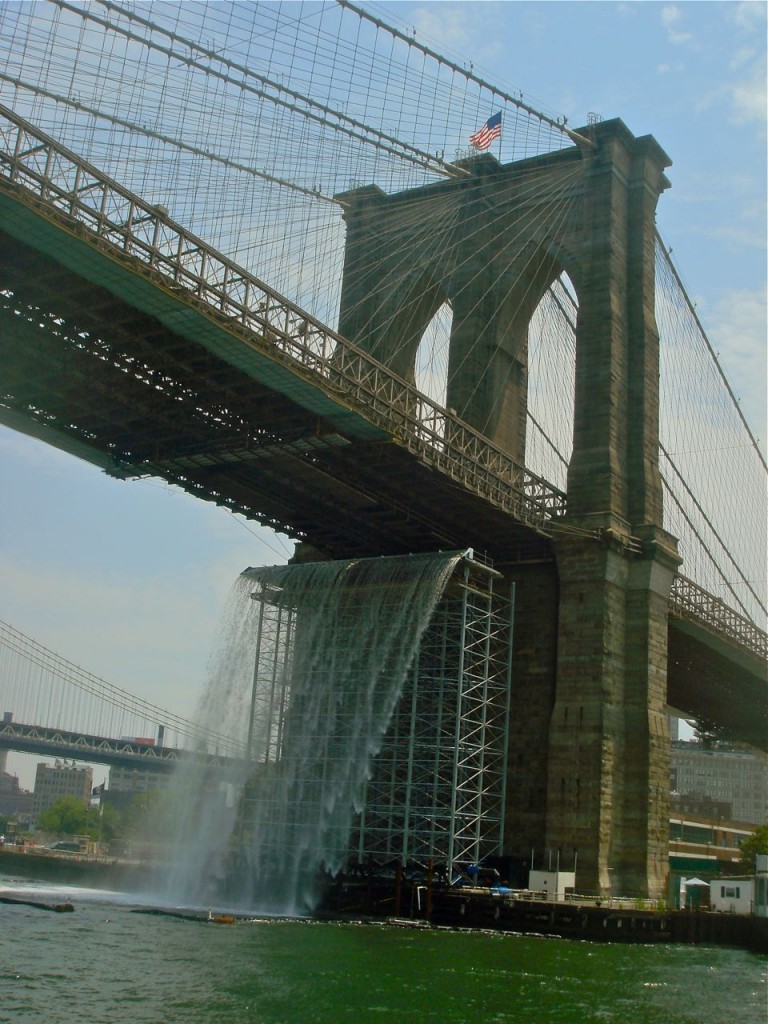 In 2008 I took an Ikea ferry ride and traveled under the Brooklyn Bridge where I got a close look at a temporary waterfall art instillation. Very cool. 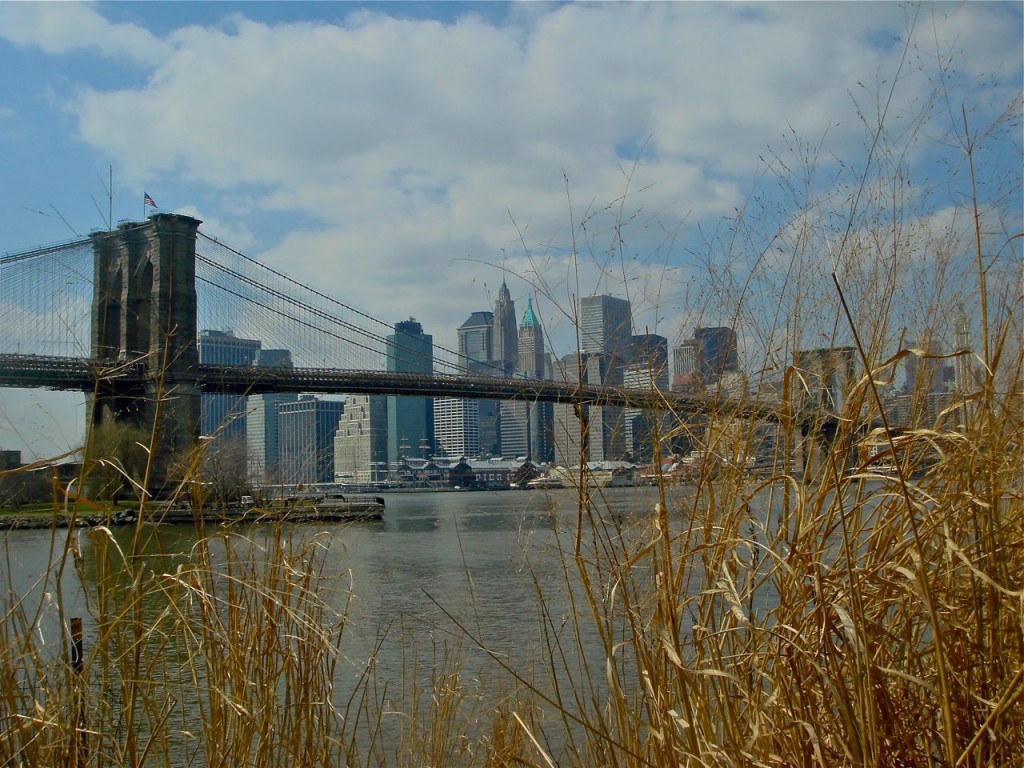 The Brooklyn Bridge opened for use on May 24, 1883. Thousands of people attended the ceremony along with President Chester A. Arthur (the 21st president who took office after the assassination of President James Garfield) and the New York Mayor, Franklin Edson. The President and Mayor crossed the bridge where they were greeted by the Brooklyn Mayor, Seth Low. Yes, in 1883 Brooklyn was considered a city and had it’s own mayor. Washington Roebling was so debilitated by decompression sickness that he was unable to attend the ceremony but later shook hands with President Arthur. His wife, Emily, was one of the first people to walk across the bride when it was opened. 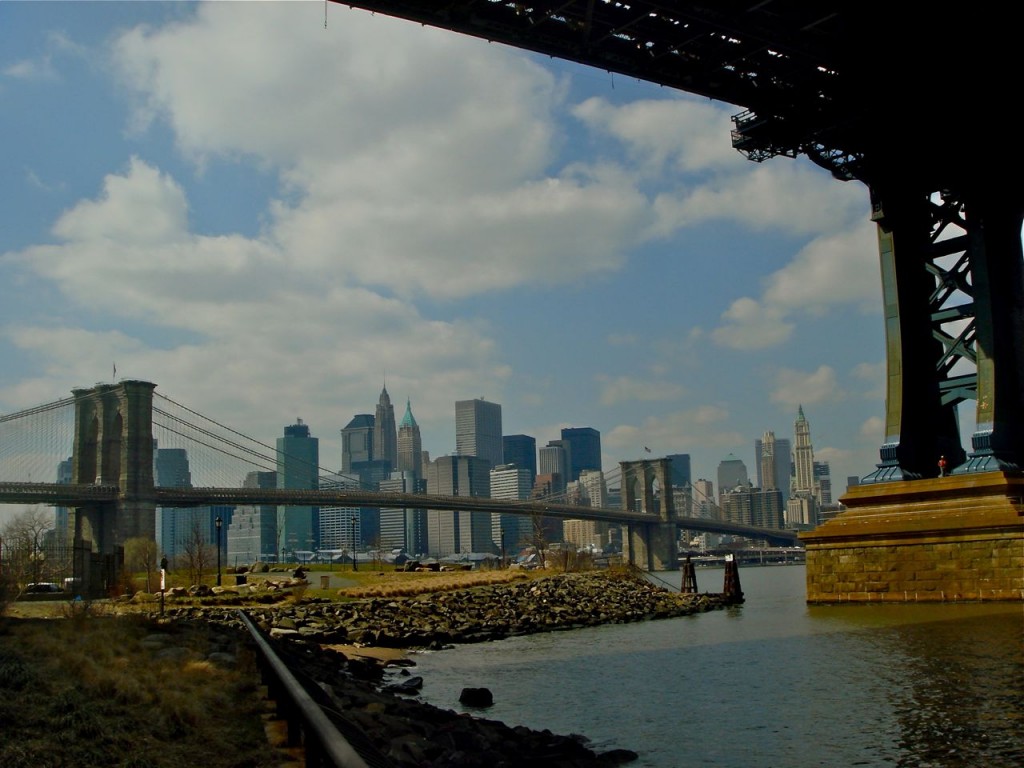 Six days after the opening of the Brooklyn Bridge rumors began to circulate that the bridge was going to collapse. A stampede resulted and more than a dozen people were trampled to death. But P.T. Barnum came to the rescue and muffled the nay-sayers and in publicizing his circus, led a parade of 21 elephants over the bridge. Boy would I liked to have seen that parade of elephants tramping across the bridge, Jumbo, Barnum’s prize elephant in the lead, and all the other acts tromping and prancing, summersaulting across the expanse. It must have been some sight!!! Happy Birthday Brooklyn Bridge.

11 comments for “SHARING MY BIRTHDAY”