With the start of every new year there’s a persistent niggling in the back of my brain about how to get organized. I’m not a disorganized person, quite the contrary, I know where I’ve tucked away everything that I own. But each new year brings organizing challenges. Let me define organized for 2014. First, let me say that I cannot believe how fast last year slipped by. Is it just me or has time speeded up lately? Anyway, back to the subject of making better order out of my life. This year I will have an e-novel FISH KICKER published in the spring. I’ll have to do a lot of marketing and that will take time and energy away from my writing, the thing that I do every day, all day, and some days, nearly 24-7. I have to figure out how to recompose my website to include publishing information. Expanding a contact list of interested folks is important and a must-do this year. And I want to…. STOP! As I write this I see how my writing life might quite possibly become a work life. Let me take a Zen moment and appreciate the last few weeks before I embark on this organizing endeavor. 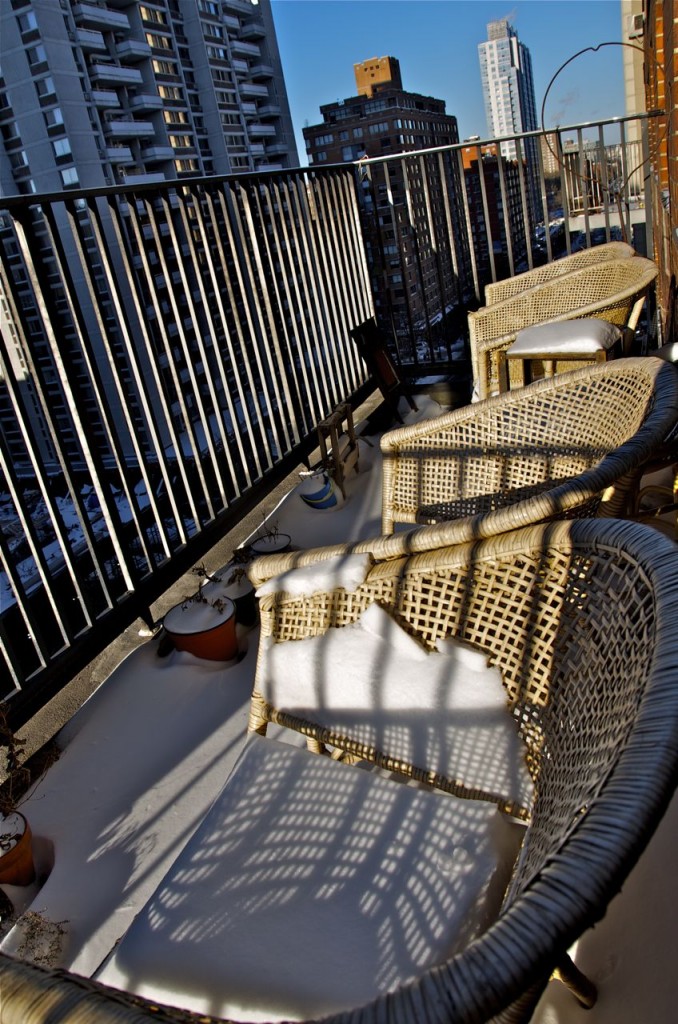 This winter has been a real mix of weather systems. Snow, wind, rain, brilliant sun and some days the temperatures have been so comfortable that I could have believed spring was in the air. But truthfully, most days it’s too cold to sit on the terrace, though the light on these warm wintery days is beautiful. 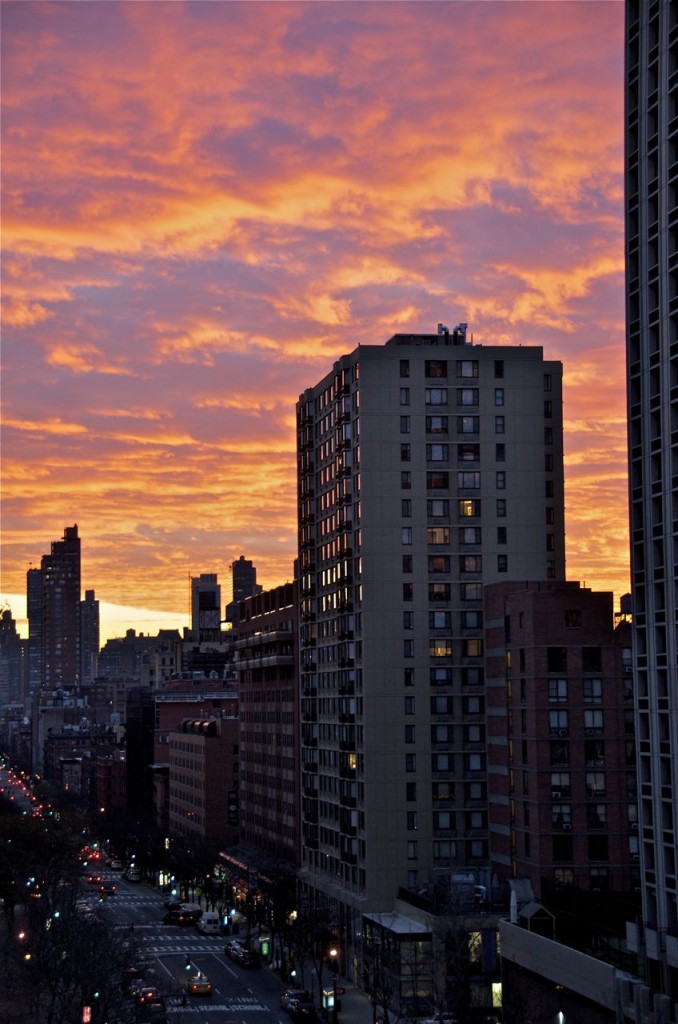 The sunset on Christmas day in NYC was phenomenal. The intensity of the colors in the sky were breathtaking and it was a small treasure of time that lasted less than a half hour. 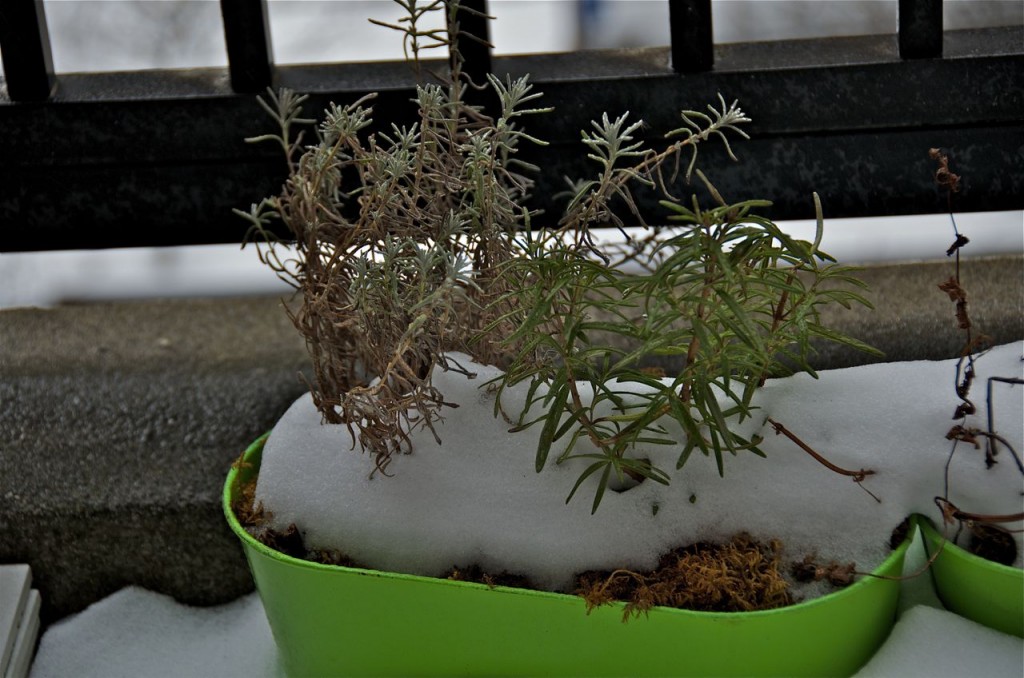 We’ve had two snow storms so far this winter and I hope these herbs make it through the winter. 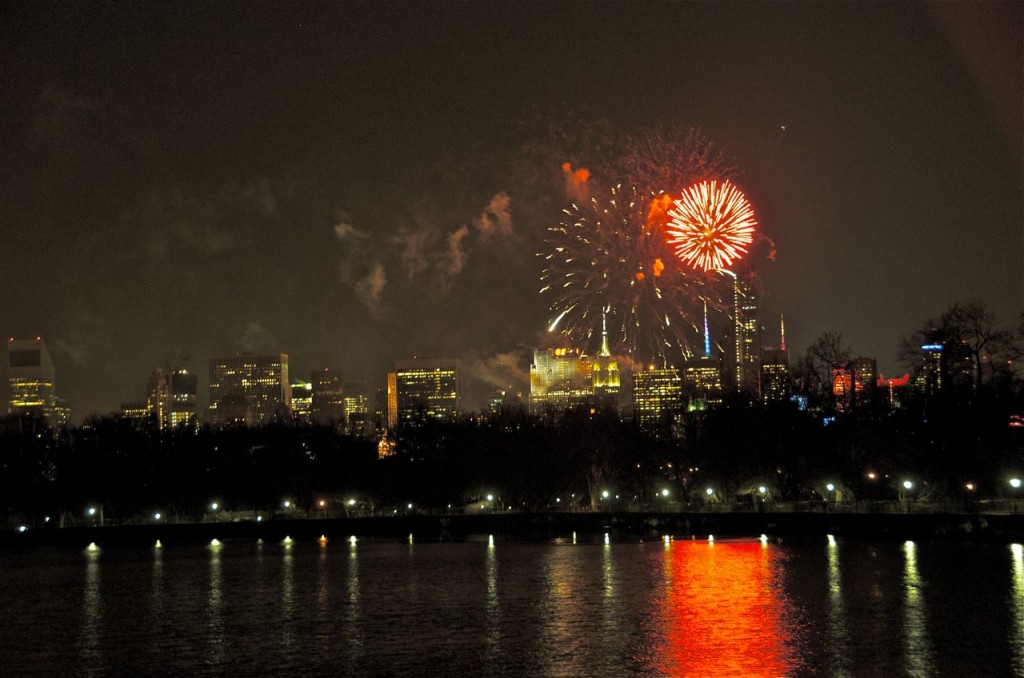 On New Year’s Eve the sky in the city lit up with fireworks and even on that freezing, blustery windy night there was laughter, smiles, good wishes and revelry everywhere. 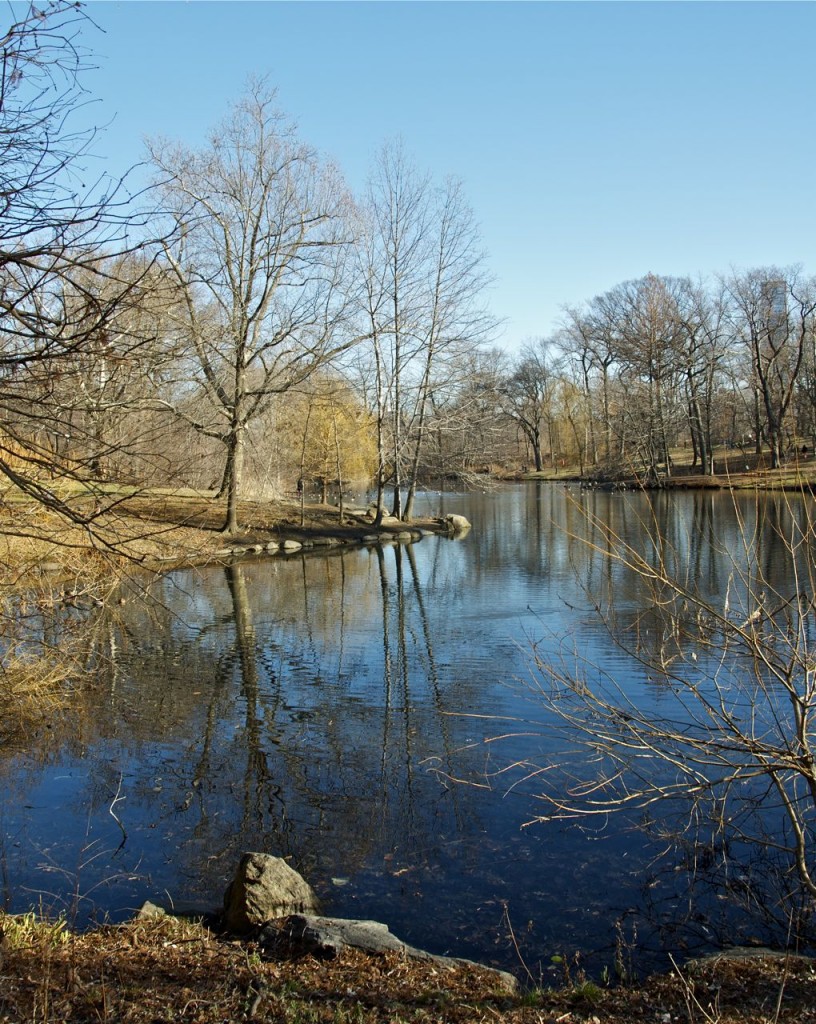 The trees in Central Park are bare. The lakes and ponds are filled with migrating birds but it was the beautiful light on this particular day that made it seem like everything was going to be all right. As I walked around this lake I met a couple sitting on a park bench with a city map on the man’s lap. Tourists. They were from Ontario, Canada. They smiled. I smiled back. “Lovely day,” he said.

“It’s our wedding anniversary and we’ve come here to get away from the snow.”

I looked down at the man’s feet. He had taken his shoes off .

“My friends  back home wouldn’t believe me if I told them about this,” he said and wiggled his toes.

“You want me to take a photograph and you can send it back home to your friends?”

He grinned. “That would be jolly.” He handed me his point and shoot and I took a photograph of him and his wife shading their eyes from the glaring sun with his stockinged feet prominently sitting atop his walking shoes. 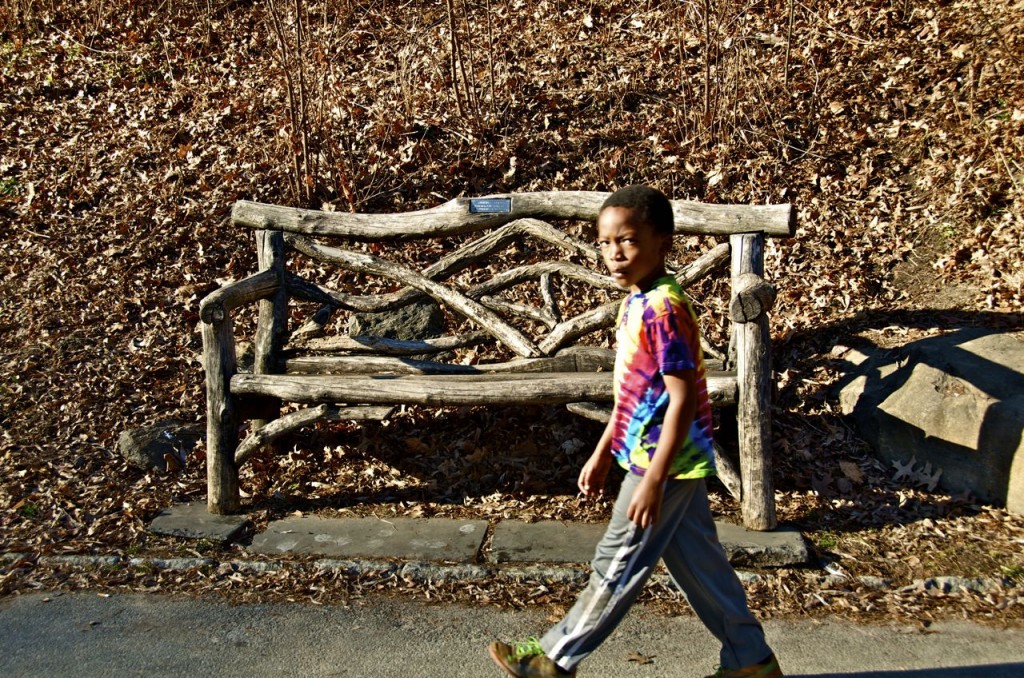 A little while later I was focusing my camera on a wonderfully constructed bench when I heard someone whistling. And then this little boy came into my range of focus, shirt sleeved and tagging far behind his mother, walking at his own pace, making his own music and he never took his eyes off me as he passed. 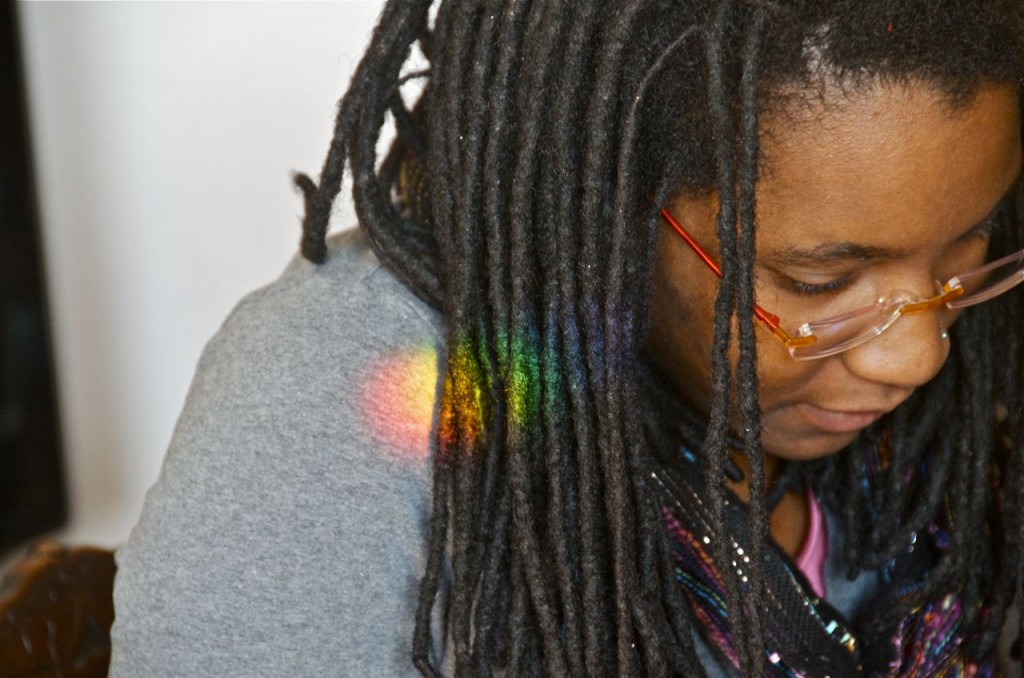 Just before Christmas day I was visiting with a friend when her daughter came by for a visit. The young woman sat on the couch opposite  me and as she leaned forward slightly a crystal hanging in the window cast a rainbow on her shoulder. How wonderfully magical it looked and like the whistling boy, I had to get a photo of this scene, too.

I hope that I remember, in the middle of all that must be done in this new year, to take time out to enjoy and appreciate the small things that make up my days, those unexpected treasures that are really not so small after all.