During our downsizing these two dolls tumbled out of a box. I had to smile when I saw them. They were the bride and groom that stood stark naked atop our wedding cake 38 years ago.

On a Friday afternoon, all those years ago, a Justice of the Peace married us at the courthouse and two days later we rented the gym in the local recreation center on Potrerro Hill and catered our own reception with cheese, cold cuts and delicious crusty sourdough bread. We bought champagne from a small wine store that sold only local wines. We bought so much champagne in fact that everyone had her or his own bottle. By the end of the affair people were either carrying their half full bottle home with them or leaving an empty bottle behind and were seriously looking for a designated driver. 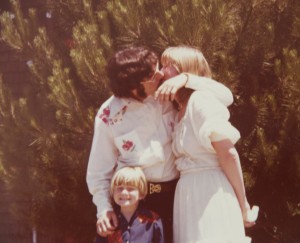 A friend offered to take photos, while a jazz singing friend brought her band and she became the entertainment. Someone brought flowers and decorated the place and Molly, a neighbor, volunteered to make our wedding cake. 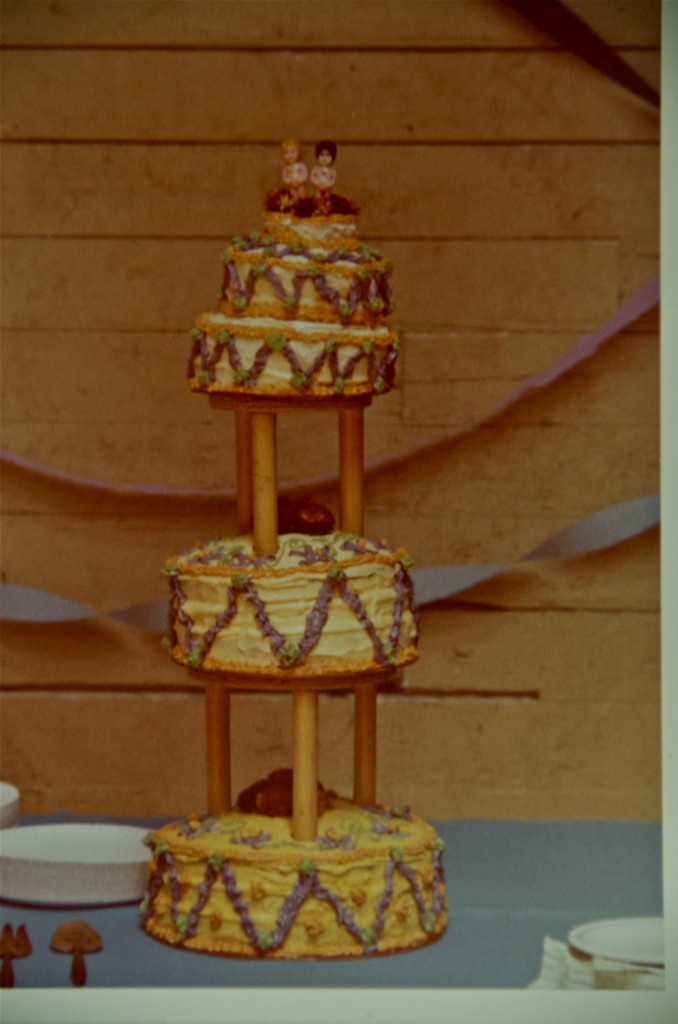 It was a beautiful day, as lovely as any I had ever seen in San Francisco. The sky was a brilliant blue; the air filled with the smell of honeysuckle and a slight crisp scent of the Pacific Ocean that can sometimes drift over the hills, reaching the Mission district with one valiant whiff before it thins out and pushes on across the Bay. 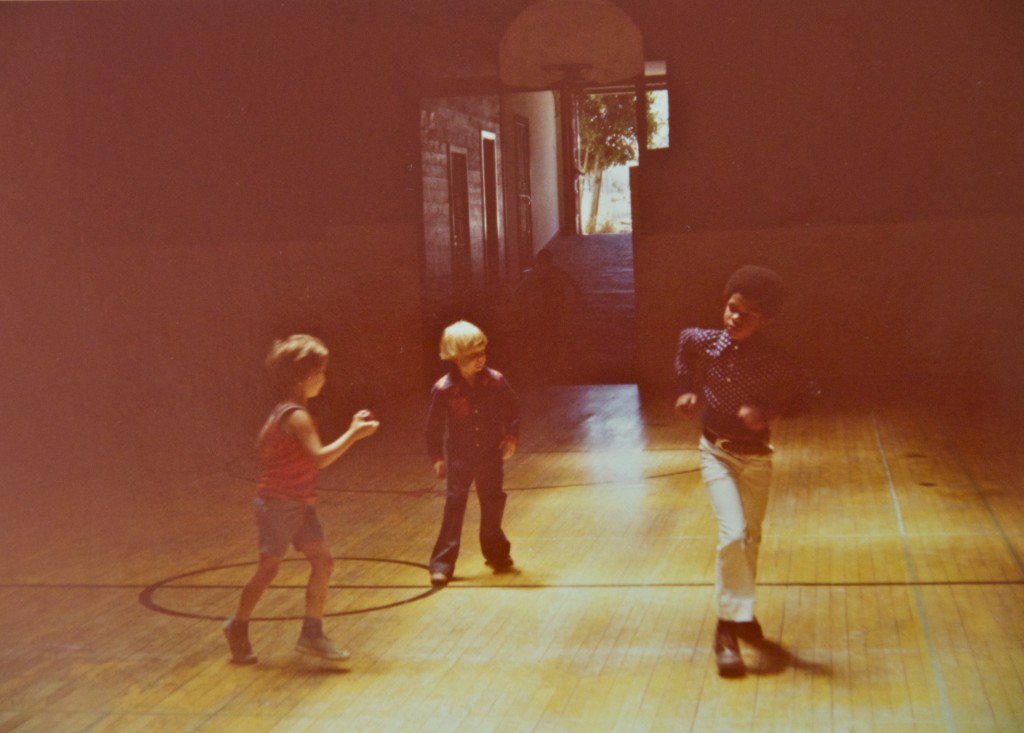 We had great fun that day. Everyone danced while the children ran and played tag on the huge basketball court. 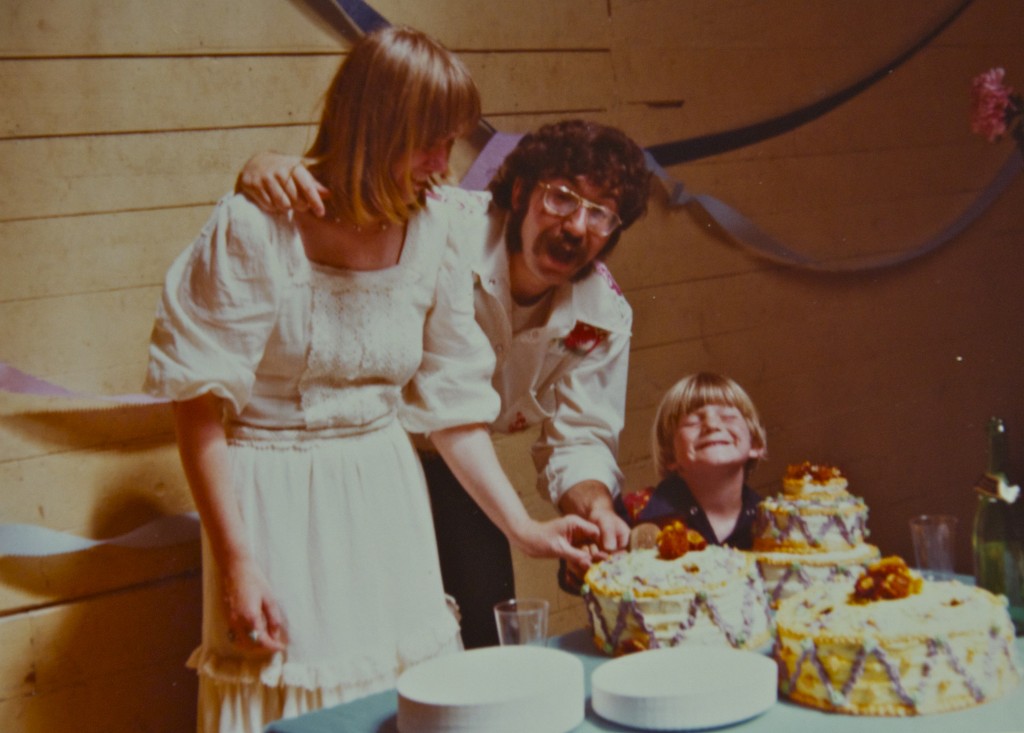 And then it was time to cut and eat the cake. I don’t remember exactly what flavors, but I seem to recollect the layers were a mix of lemon, vanilla and chocolate. 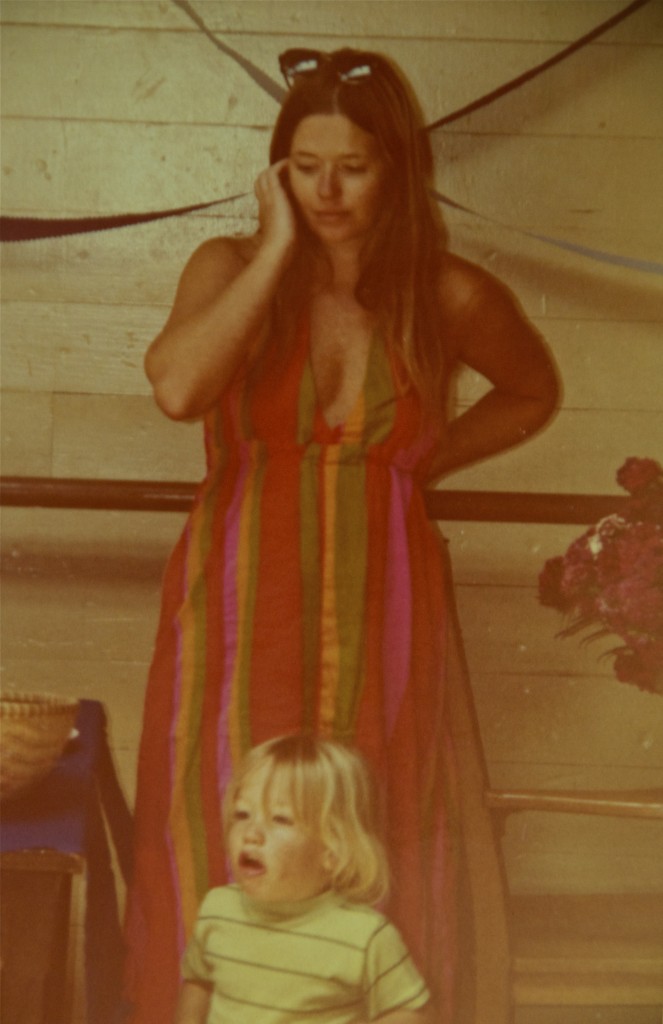 Molly the woman who baked the cake was a shy mom with a two-year-old son who had more energy than any child I have yet to meet. And he was a mischief-maker, always seeming to be looking for new and exciting things to do.  Frequently while walking with his mother he’d wiggle out of her grip, make a dash for a busy street, and every time, miraculously, someone, sometimes a stranger, sometimes a local merchant managed to grab the child before he stepped off the curb and into the traffic. 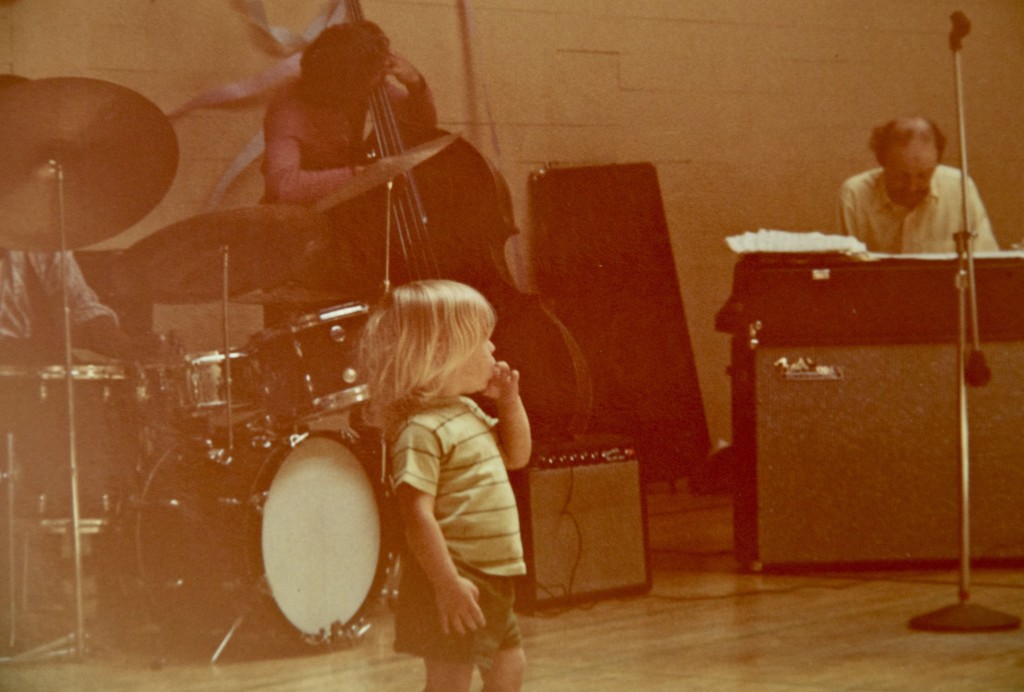 The bride and groom dolls remind me of something else. They remind me of a tragedy. About a year after our wedding reception Molly and her little boy moved in with her parents in Southern California. I did not get the story first hand, but heard it from someone who knew someone who kept in touch with the shy baker. It seems that the little boy, now nearly four years old wandered in to his grandfather’s garage, climbed into an empty trunk and the lid slammed shut.

The search for the child went on for hours and into the evening. But the child suffocated before he was discovered. I look at the dolls and a whisper of a shadow creeps across my shoulders and I want to extend my hand and grab the child before he reaches the curb.

6 comments for “THE BRIDE AND GROOM”