I am really surprised at how much emotional stuff I am being confronted with as I go through this process of downsizing. For instance, many years ago I decided that traveling was the one thing in my life that I really wanted to do. I didn’t care where I went. I just wanted to see as much of the world as I could. More probably as a teenager what I really wanted was to sprout wings and fly away. We were a poor family, living out in the country in Washington State, and having no set plan on how to make these traveling dreams come true, it seemed impossible.

I never discussed these plans with my parents but they knew, they knew the way that parents know so much more than we as children think they do.

I can’t remember when, but I think it must have been sometime near my high school graduation when dad came into the living room one day with a beat-up looking WWII army trunk hefted onto his shoulder. 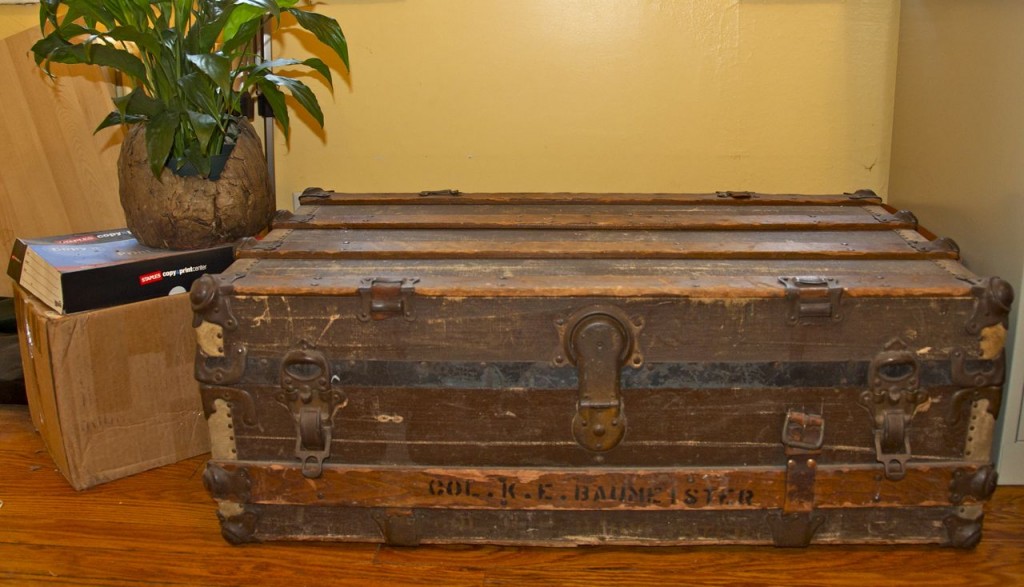 “This is yours for when you take off to see the world,” he said and set it down in front of me. Actually I have no recollection if that was what he really said to me that day. Though I would like to think that it might have been something like that.

All this occurred a long, long time ago and that trunk has taken many journeys with me. It traveled to Portland, OR with me where I met my first husband. In the mid 60’s the trunk traveled with us to San Francisco, CA becoming part of the furniture in our sotto hippie pad while our fragile marriage crumbled and fell apart. And then it traveled with my son and I and my new husband as we headed for NYC where the trunk functioned as storage for everything from fabric to my growing collection of personal journals.

But now I’m making another major move and this time the trunk will not be coming with me. It’s a bit sad to think about leaving it behind but really this is the best decision. The trunk would take up too much space in our new smaller home and though it could serve as storage, it would always be in the way. 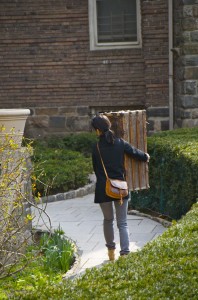 Rather than selling the trunk I gave it to Keiko, a friend and shoe designer who lives in Brooklyn. She loved the trunk and will use it to store leather and other supplies. I feel good knowing that the trunk will by used by someone who is creative and working hard to make her business a success.

I watched her carry the trunk through our courtyard. She is a slight woman, standing not quite five feet tall. I thought the trunk would be far too heavy for her though she easily lifted it and carried it out the door. I suppose it’s my memories that filled the trunk over the years that made the trunk seem so heavy.

Over the years I’ve thought about that day when my father gave me that trunk. I don’t know if he thought I’d actually take it on an airplane when I took my trips around the world. Or did he envision me taking ocean voyages?

I know he’d always had a dream of someday flying in an airplane. Whether it was finances or the way people get stuck living with what they consider impossible dreams, but he never did get a chance to fly. A two pack a day smoker, he died of lung cancer two years after I move to NYC. 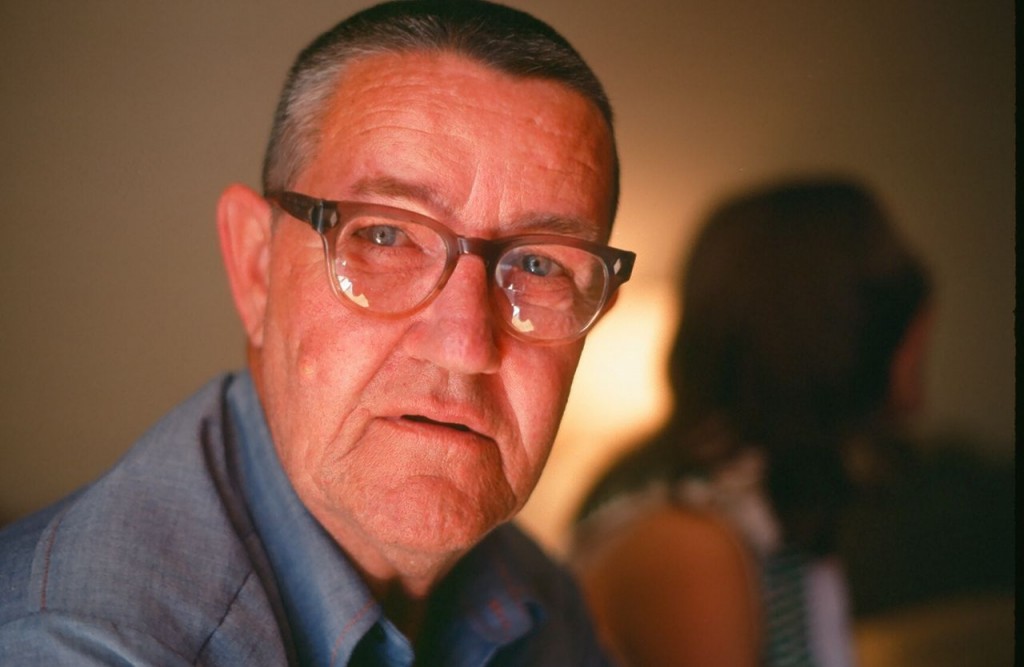 I took this photo of dad a couple of months before I moved to NYC.

The idea of flying all the way to NYC without refueling fascinated him and in my last conversation with him before he passed away, he wheezed and coughed but could not stop talking about how interesting it must have been to fly non stop across the country.

I’ve done a lot of flying since my father passed away over thirty years ago and on some flights, the long ones in particular, I think of my dad and that trunk.

13 comments for “The Trunk That Couldn’t Fly”