It snowed early this morning, such a brief flurry that I almost thought it was a mirage. Then the sky turned gun metal grey, the temperature dropped and a snappy wind hit the streets. But no matter what the weather, today the dragons are coming to China Town. 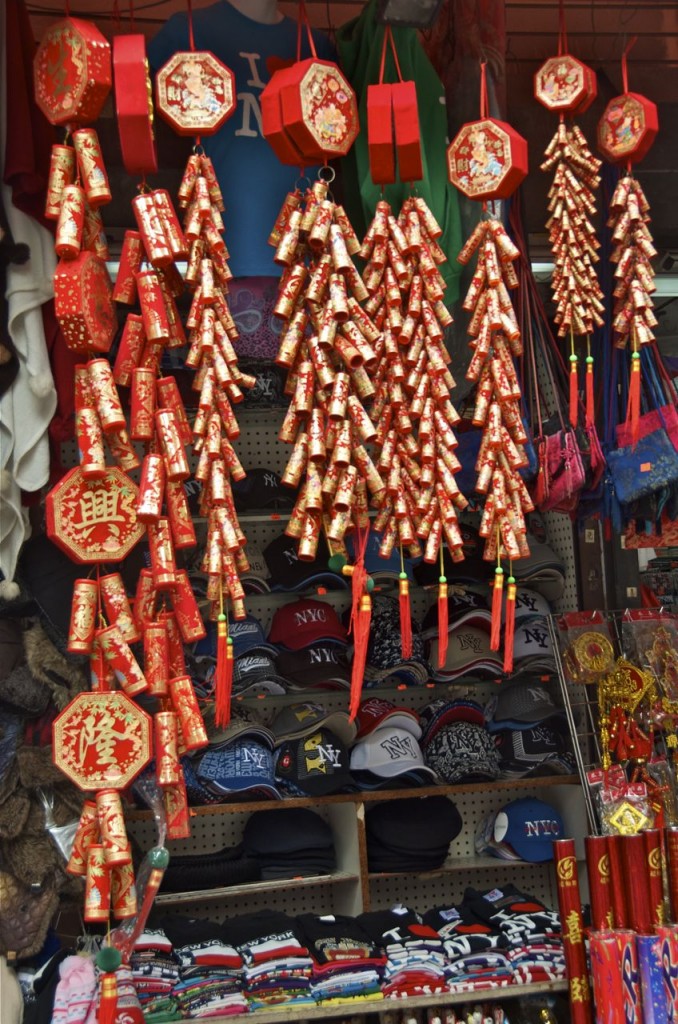 The Lunar New Year celebration is still going on even though the actual New Year started last week. The color red, a color that represents good fortune, is displayed everywhere in China Town. The vendors sell long strands of fake firecrackers, a symbolic object that is supposed to chase evil spirits from the home. 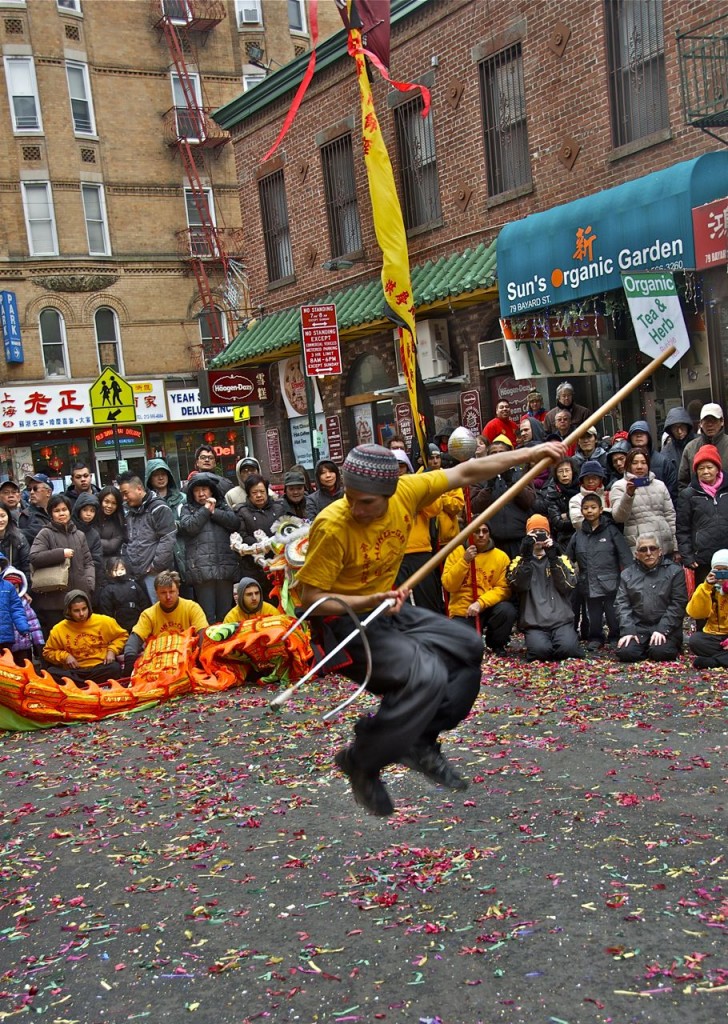 Local Thai Chi and Martial Arts programs block off a street for their students to display their abilities. This guy was a real jumping jack with his three-pronged weapon, serious and determined he put on a very good show. 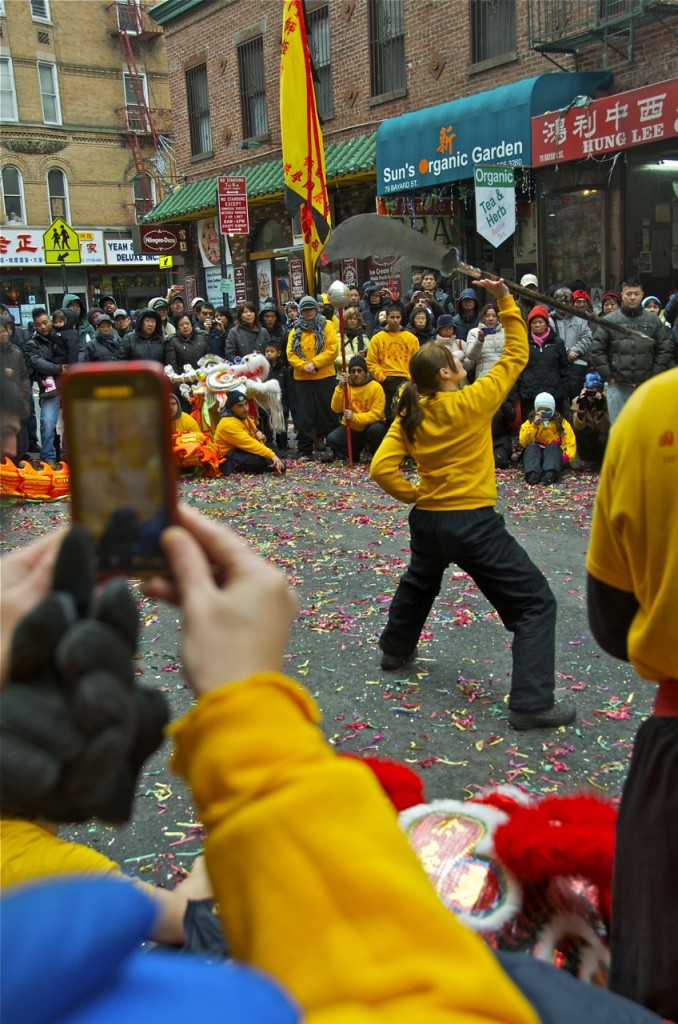 Women also performed. This woman wielded a long sharp sword with great ease. She ran and jumped and put on a show that kept the audience riveted. 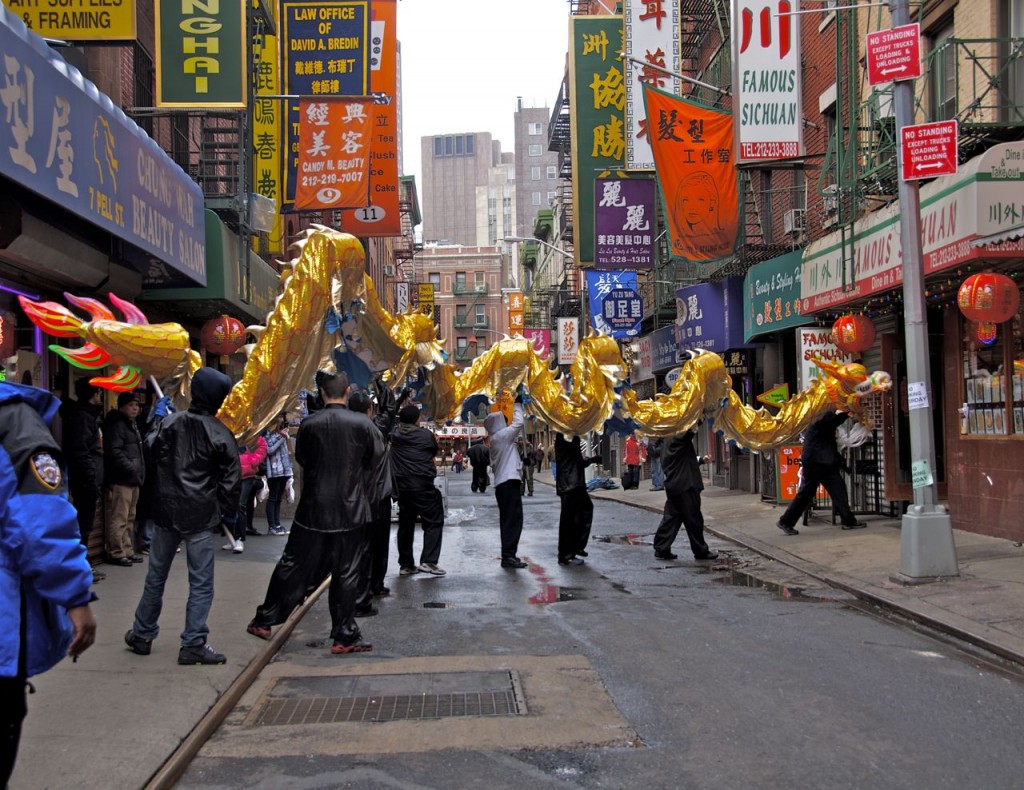 Farther up the street and down an alley, a long golden snake dragon made its presence known in the doorways of the merchants. It was bringing blessings and good fortune to the China Town businesses. If the shop was large enough the snake slithered through the door, moving amongst the patrons and then the puppet creature slithered back out onto the street again. As you can see, the snake is managed by nearly a dozen men and the men are all energetic and having a great time. 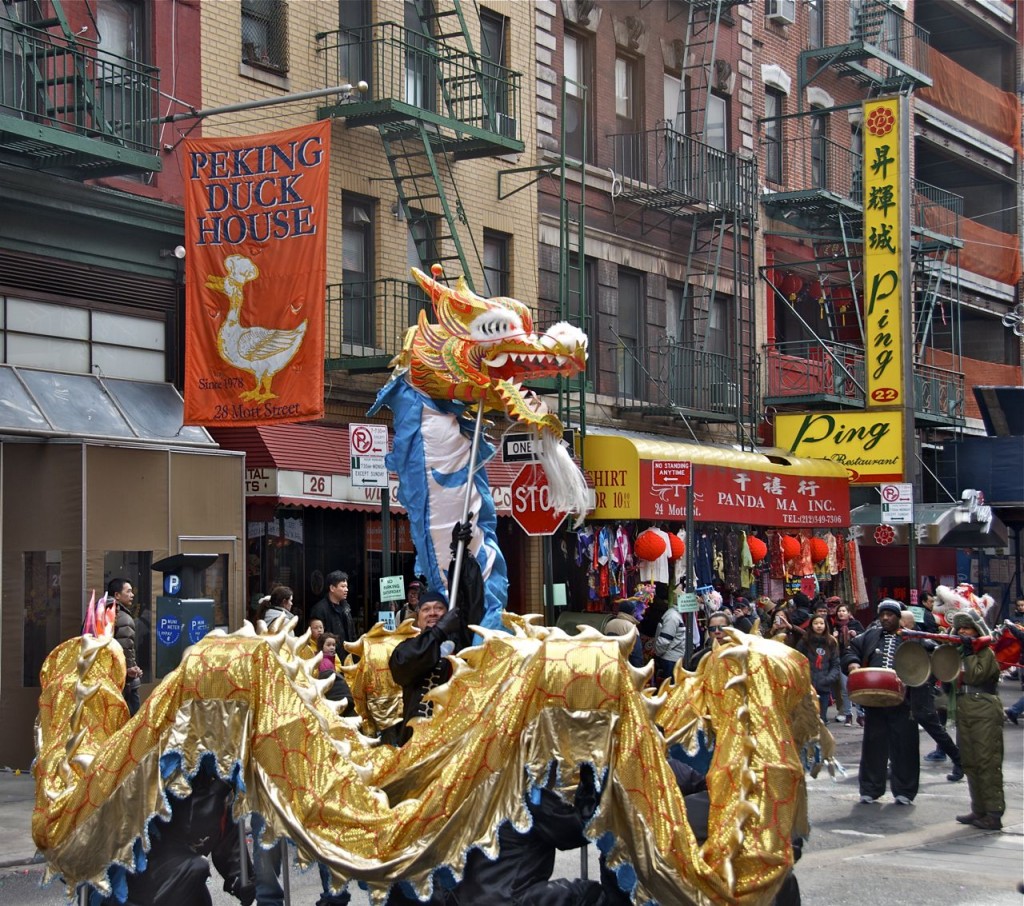 In this photo the dragon has just come out of one of my favorite restaurants, Peking Duck House. The snake curled around its self and poked up its head, looking quite pleased while displaying power and grace. This golden puppet looked triumphant and I wondered if it had taken a taste of the succulent Peking Duck before slithering back on to the street? 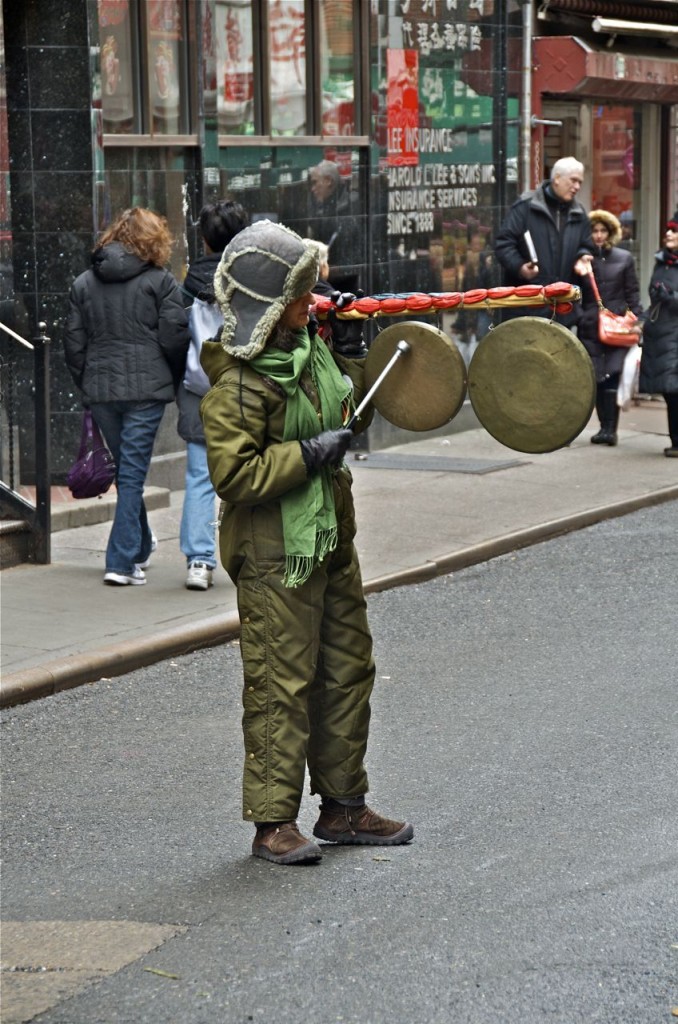 This lady banged on a gong and followed the golden snake wherever it went. There were also lots of large kettle drums wherever there was a dragon. 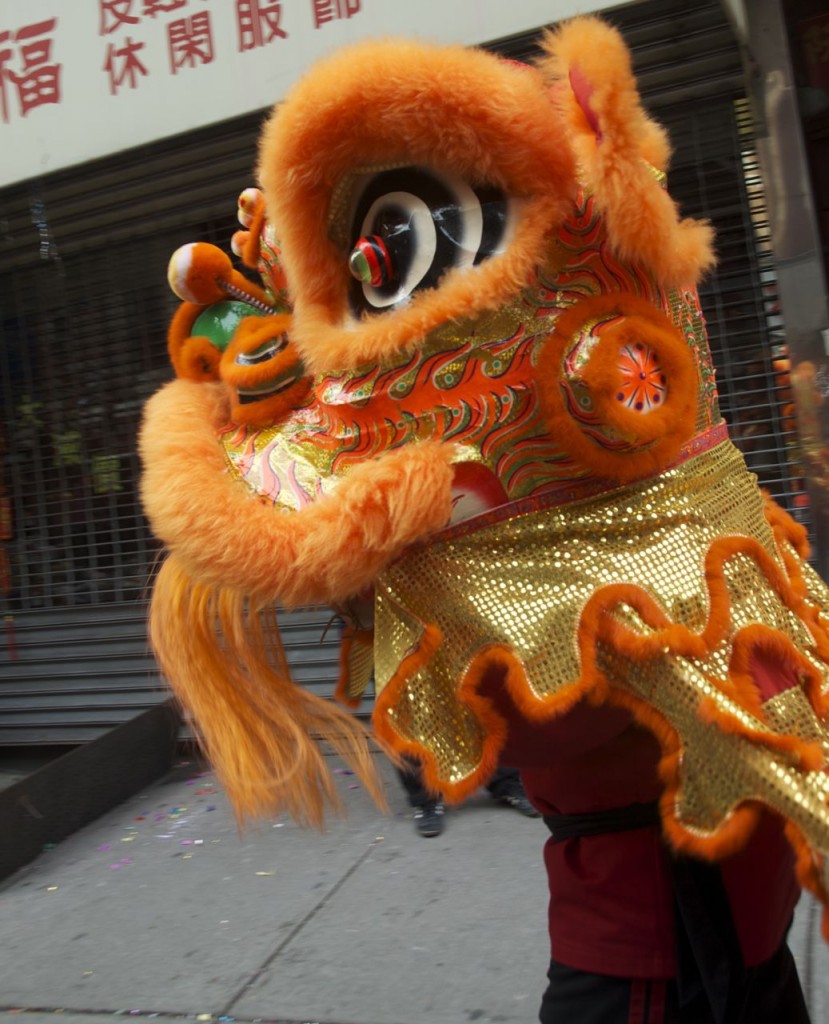 There were also fluffy looking dragons gyrating along the streets, dancing, keeping beat with the drummers and thgonging that accompanied them. This orange dragon marched up one street entering the stores, as all the other dragons did, blessing the shop keepers and wishing them all good fortune in the coming year. 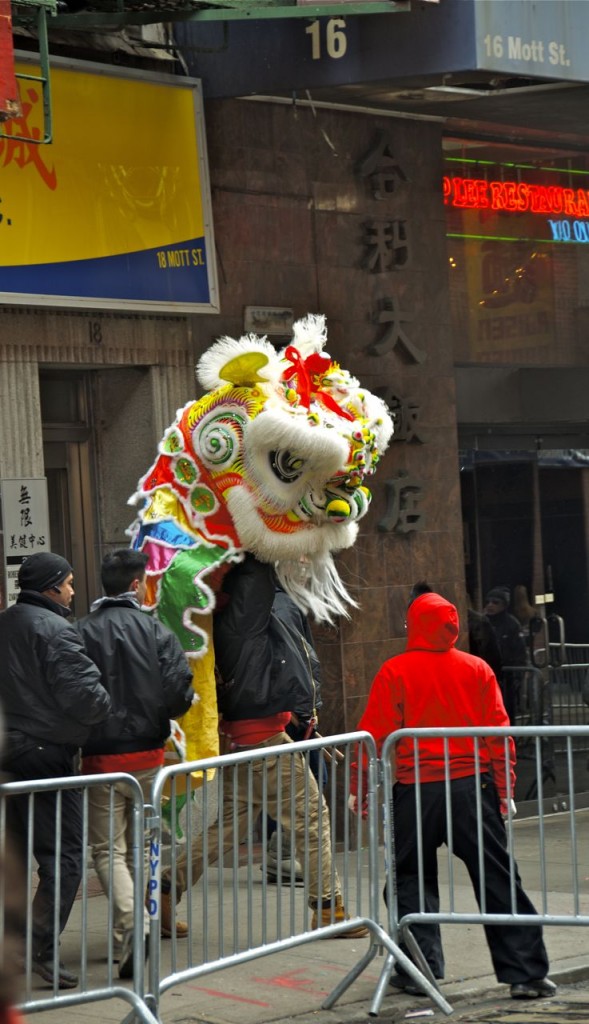 The furry dragons were carried by young energetic fellows who wiggled the heads and bowed respectively to the merchants. But they certainly had a menacing attitude. 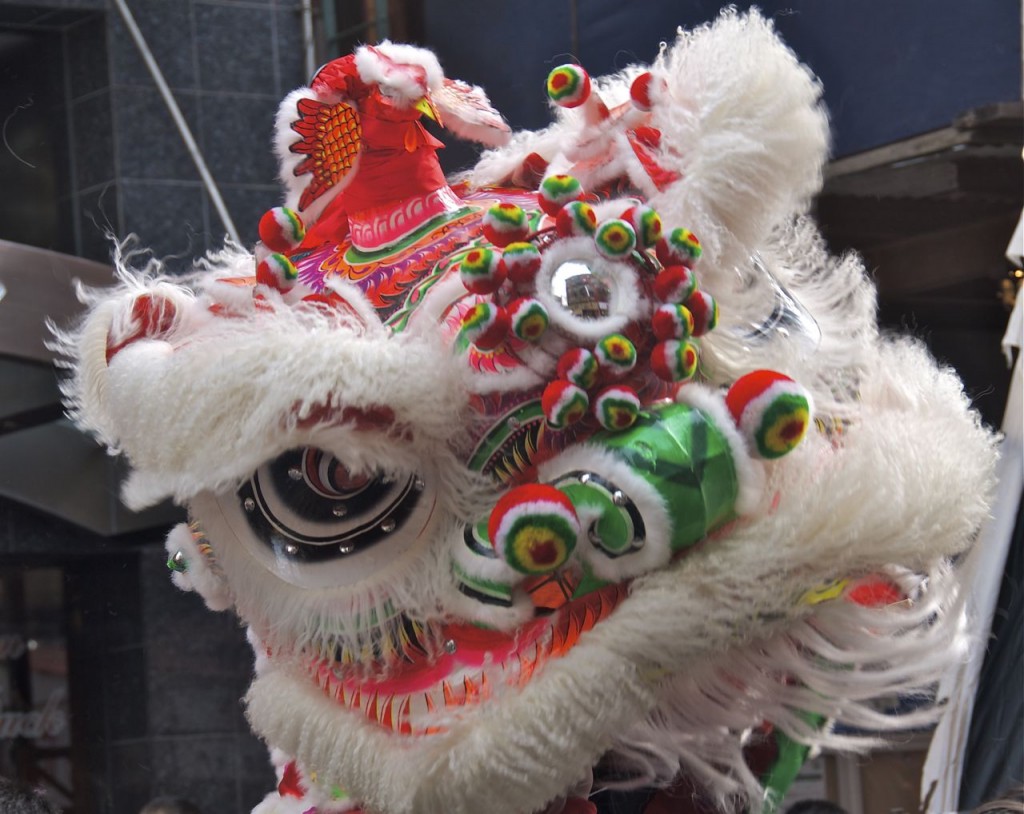 This dragon caught my eye. 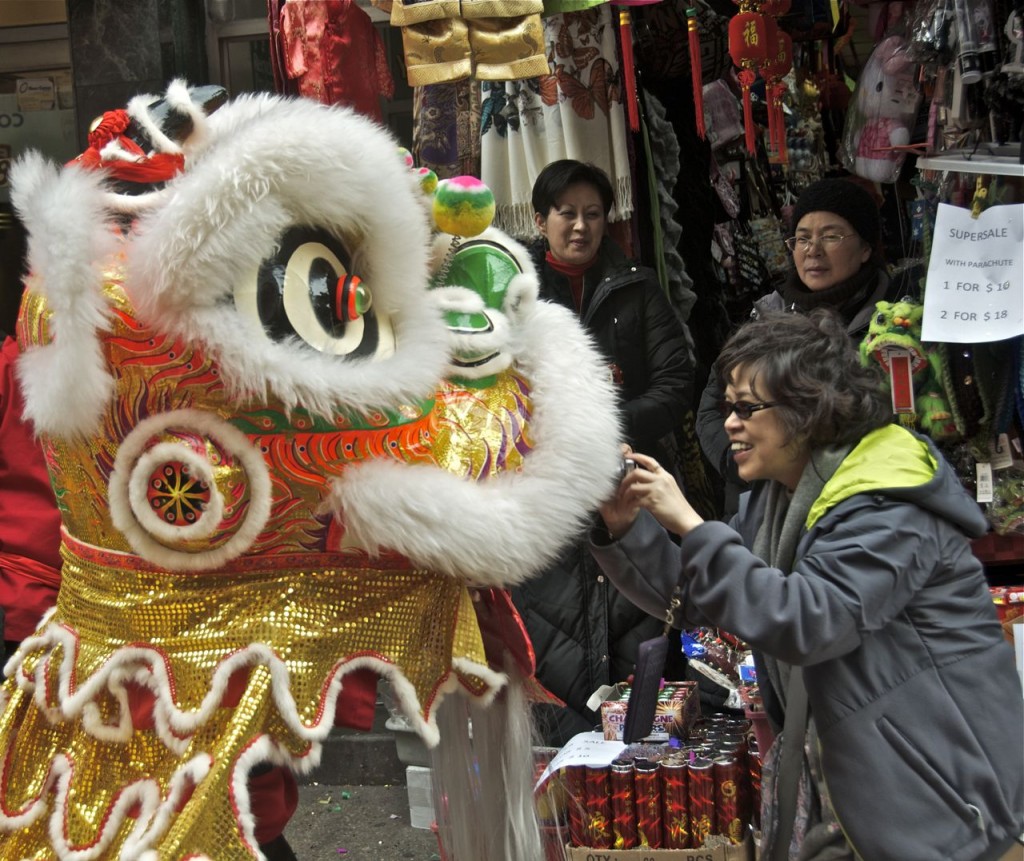 And he caught the eye of another photographer, too. Now smile!!! 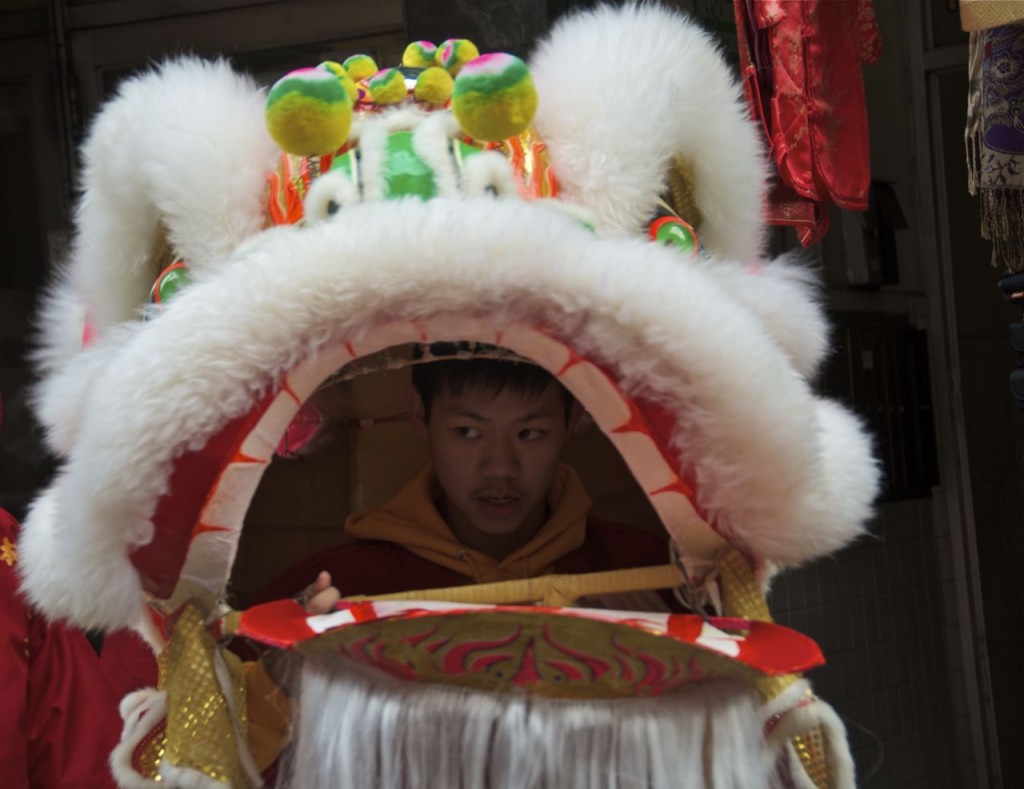 Here is a photo of the young man who manipulated this furry dragon. He made the puppet dance and shimmy block after block, never seeming to tire. He stopped at all the shop doorways bowing and respectfully greeting the merchants in the Chinese New Year tradition, on this year of the Snake.

The sky cleared a bit, some blue began to show through the dark grey but my hands were freezing. I stopped at a restaurant and ordered to go, steamed pork buns, a double order of shrimp dumplings and sticky rice wrapped in a lotus leaf. I walked back to the subway, my camera loaded with what I hoped would be great photos and my bag filled with goodies for my personal Chinese New Year feasting.

11 comments for “A DRAGON’S BLESSING”