It didn’t make sense when we looked down on to the street from our terrace and saw three and then four large piles of black garbage bags scattered along the sidewalk. The merchants across the street never leave trash in front of their doorways. Then we saw a hunched over figure dressed in a dark cape and wearing a baseball cap dragging several of the large black garbage bags up the street. 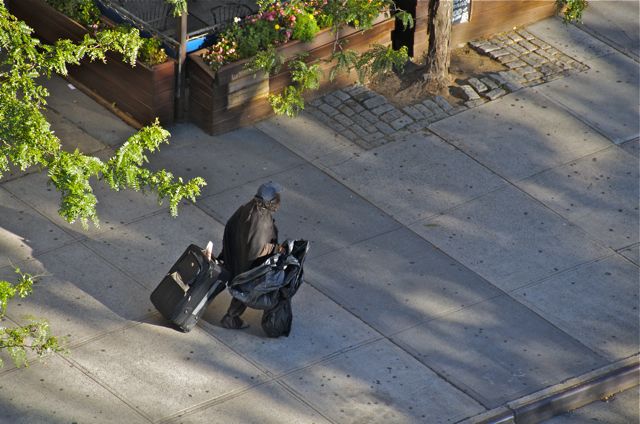 We watched as he or she, at that point we couldn’t tell if it was a man or a woman, carted the bags, piled high on metal carts or dragged by the armful from one location to another. 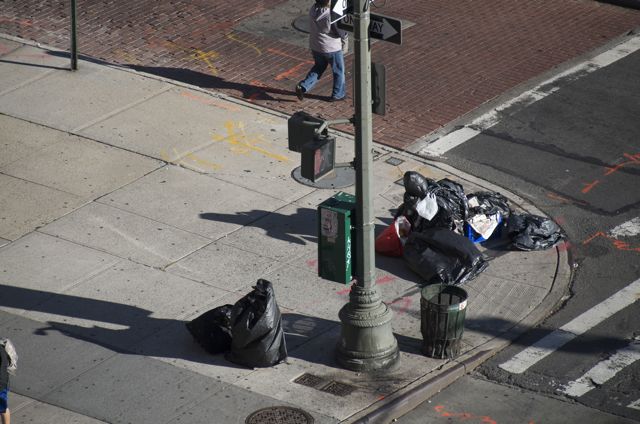 Dozens and dozens of bags were lined up on the corner of the sidewalk and they all belonged to this lone shadowy figure that moved up the street like a worker ant pushing, shoving and carrying its possession. 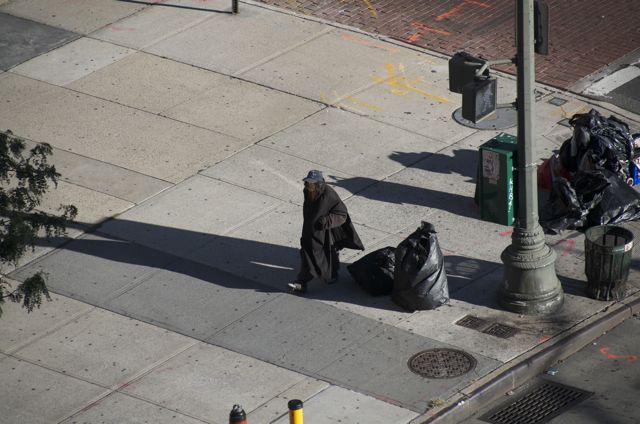 After watching for a while we determined that we were watching a woman as she went back to the piles of bags in the middle of the block, dragging and pushing them to deliver the bundles to the street corner. 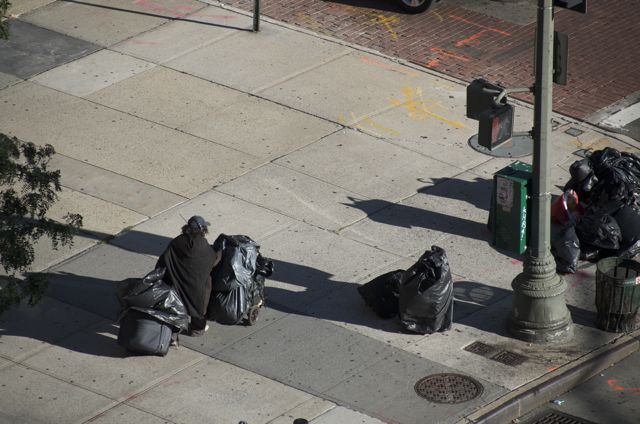 The task was monumental and we wondered what she would do with the bags once they were piled up at the street corner. 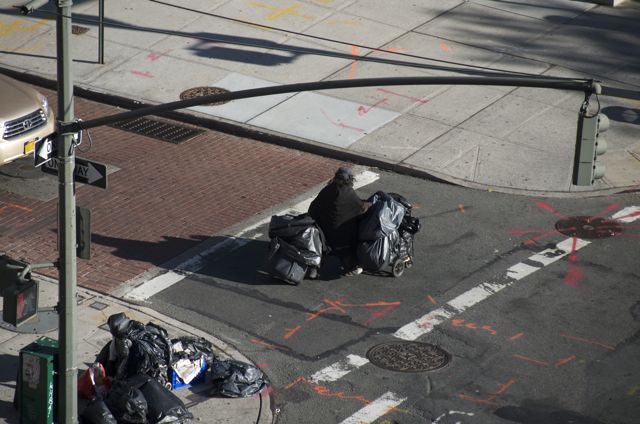 But then it soon became clear that she was beginning another pile of bags across the street on the other corner. 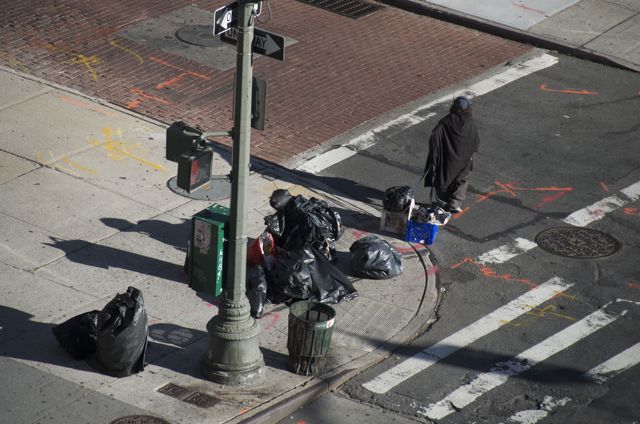 She moved with methodical, purposeful direction, not seeming to slacken her pace until she had moved everything to the other street corner. 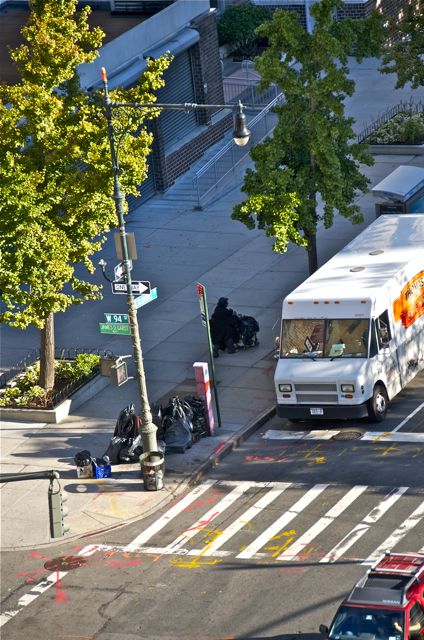 Then once she had moved everything across the street she began the process of taking all of her bags to the next street corner. It took her nearly an hour to move from one street corner to the next and her pace never slackened. 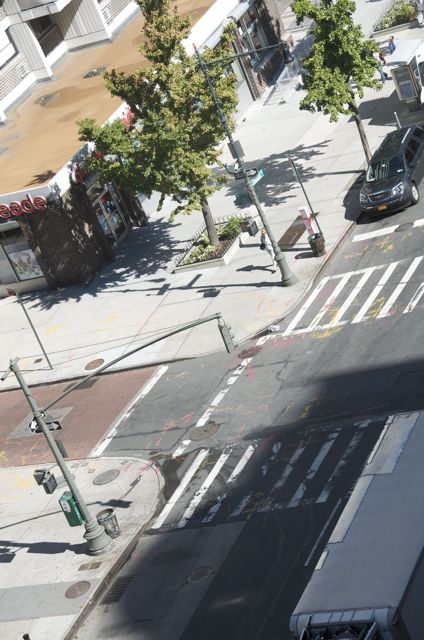 By mid morning there was no signed of this traveler. No bag had been left behind, no trash remained in her wake and as we looked up the street to see if we could watch her as she must have gone from block to block, our view was hampered by the foliage of the trees planted on the sidewalk. I have no idea where this lady had come from or where she was headed. There is no way of knowing what was contained in those bags but they were certainly precious to her. And now I look out onto the street each day wondering if I’ll see her coming back the other way in a madwoman’s journey that only Sisyphus could understand.

← SUMMER IS COMING TO AN END
ELLIS ISLAND →