Quite a bit has happened since we downsized over a year ago and moved into a one bedroom apartment in Manhattan. But the really big news this year is that my novel FISH KICKER was accepted by MuseItUp, a publishing company located in Canada.

The first chapter of FISH KICKER started out as a short story. It appeared in BartlebeySnoops.com and was voted story of the month. After a few people said they wanted to know more about my protagonist, Sharon Wolf, I expanded the short story into a novel. So, after several years of daydreaming (subconscious writing) and hard work at the computer pounding out a story line, the novel was completed. The publication date is set for some time late winter or early Spring 2014.

It’s interesting to look back on the path that my writing life has taken. I’ve always had fun creating words, I mean the basic construction of words, letter by letter. Even before I could write or read I made squiggle marks in the dirt with a stick and I suppose you could say that was the launching of my writing career. 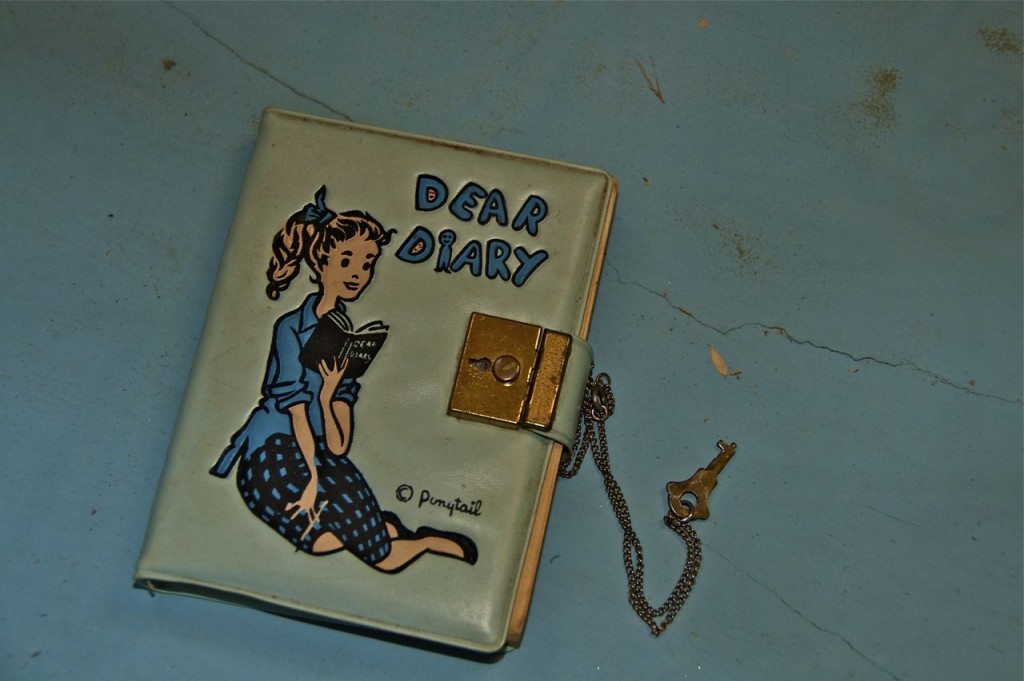 During our downsizing I dug up an old diary that my sister gave me one Christmas many years ago. I posted a blog piece during our move about finding this diary. But so much was going on back then that I didn’t have the time to unlock the book and read what treasures might be contained in these pages.

This morning I opened the Dear Diary. I was sixteen years old and here is the first sentence, “I sure hope my future is filled with more fun and excitement than my past.” On this first page I write that I anticipate going to a surprise birthday party for a school friend, Ann. I judiciously wrote in the diary every day until May. Then I stopped writing and there is not another entry until the end of the year where I summarize everything that happened on the days where the pages had been left blank.

The diary has many entries such as, “Nothing happened today,” and “I am so bored.” But then scattered through these 365 pages are small details of a father struggling to make ends meet, and a mother angry, over-worked and feeling trapped. I don’t describe what is happening to my mother but there are entries like, “Mom is really getting in the dumps. Dad better wise up soon or she’ll be crazy by the time he is ready to collapse from overwork. The crazy fool. Some times I wonder if he is my father the way he cares so little for us.” I read between these scanty lines and remember the difficulties in our family life.  There are subtle entries. I write on one page, “Mom called me lazy.” Later I call myself lazy because I have not written in the diary, “Mom was right, I am lazy, but I won’t let her know that.” 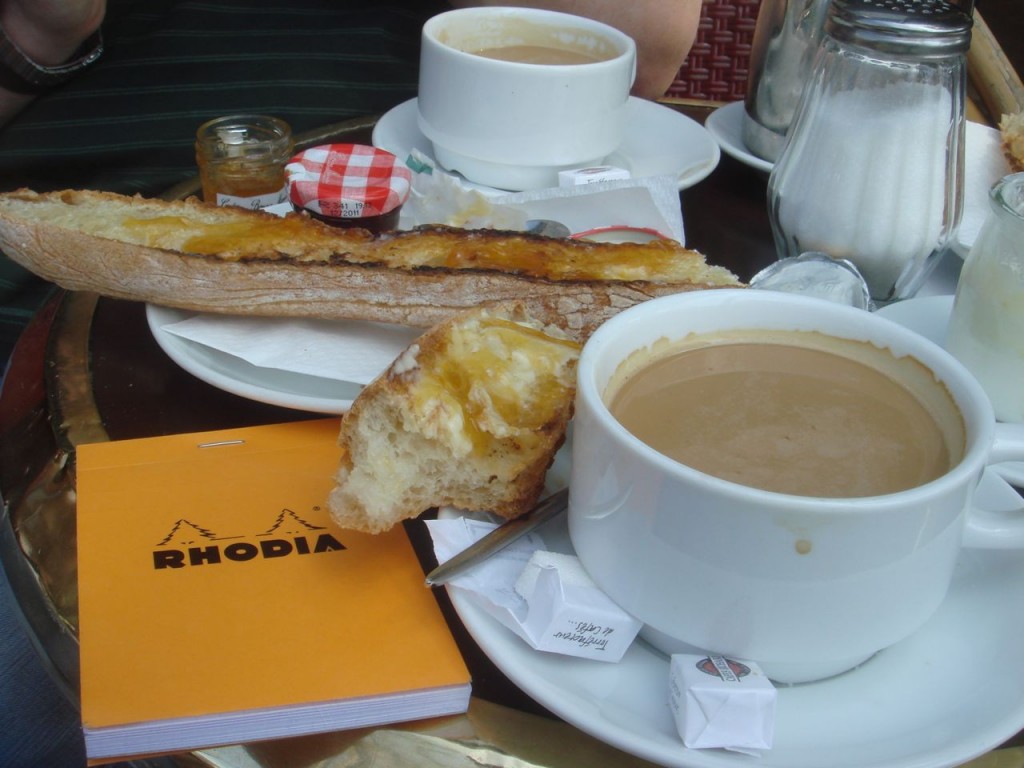 I have traveled to many places that when I was a teenager were only daydreams. I remember sitting in an apple tree in late summer, the air filled with the smell of fermenting fallen fruit, and I could have never imagined that one day I’d have coffee and crusty French bread for breakfast in an outdoor cafe in Paris. I still carry a journal with me wherever I travel. My favorite paper is in the Rhodia notebooks because I like the feel of the paper and the ink doesn’t bleed through to the other side.

I was disappointed when I opened that old Dear Diary and found that I’d left so many pages empty. I can only guess that boredom was so overwhelming that it became too painful to write about. Or, it could have been that it was too difficult and frustrating to write all the details of a complex teen life. There were no entries describing my dreams or of my problem with sleeping and lying awake for hours listening to the wind outside, cars passing, or the feeling of uneasiness listening to the walls creak in our small house as they contracted in the cooling night air. 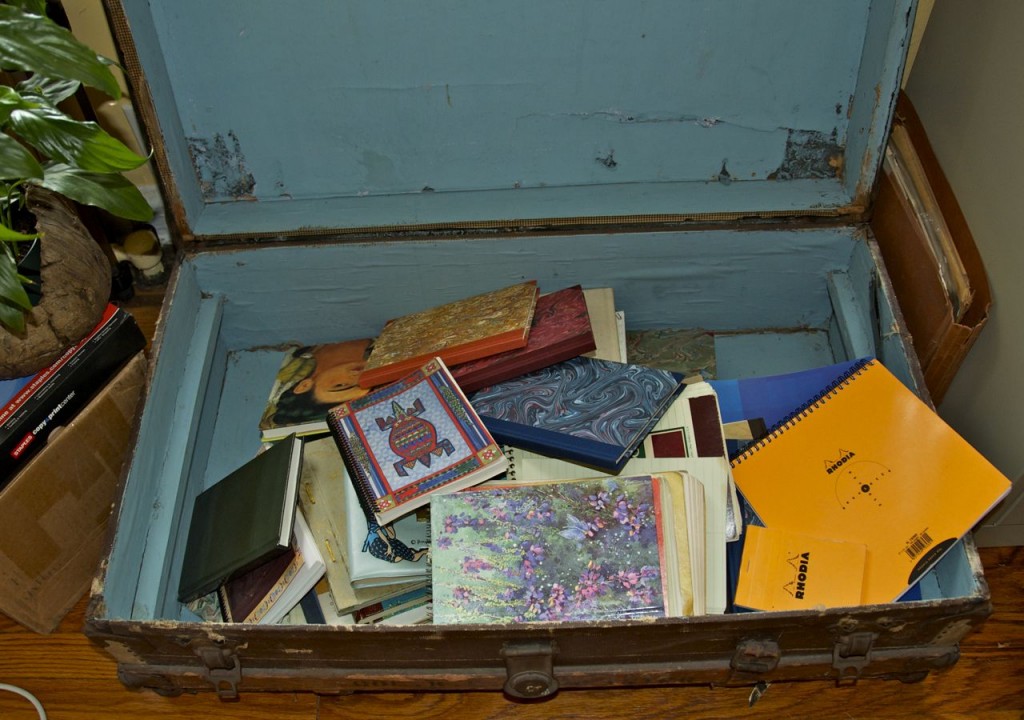 When we downsized I opened an old trunk that my dad gave me years and years ago. It was a convenient place to stuff copies of stories rejected by publishers and to hide away my load of old notebooks. I don’t have the energy or the time to go through all of the thousands of entries in these journals that mark time in my life like musical notes, some crying the blues, some joyous jazzy notes, a bit of bawdy rock’n roll that depicts one stage of my life, or the soft gentle words I whispered while making love to my new husband. I’ve put these journals in a bookshelf, and I suppose one day I’ll get around to picking through them. It will be interesting to see when I stopped writing about being bored. 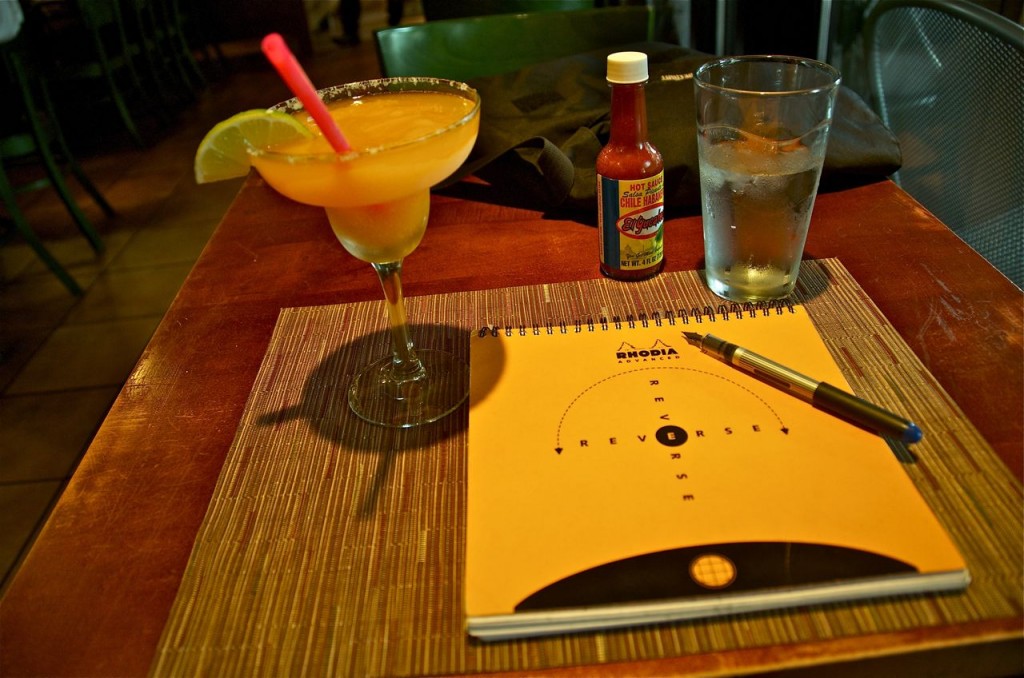 I still keep a journal and I love to write in darkly lit bars and restaurants at the end of the lunch hour crush. I like the energy in these places. A margarita or a glass of white wine, a bit of food and a notebook is all I need to make me feel like the world is all right. There could be major social issues brewing in the world, loved one’s in ill health, my own body presenting me with trouble, but for that hour while I muse in my journal I pretend that it’s all going to be just fine.

Looking at the pages of Dear Diary I realize that what I’d hoped to find when I opened the book was not what I had thought about people, or what I saw or even ate, but what I wanted to know about my teen world–what was it like to be me.

← MUSEUM HOPPING: THE BOXER AND THE BEAUTIFUL
FULL MOON IN OCTOBER →