I’ve never had any desire to dabble in astronomy, but I do like a moonlit night. That’s not always easy to see when you live in a big city like New York. The full moon in October this year played peek-a-boo as it moved across the night sky, seeming to dodge behind the tall buildings casting its eerie light down onto the streets. 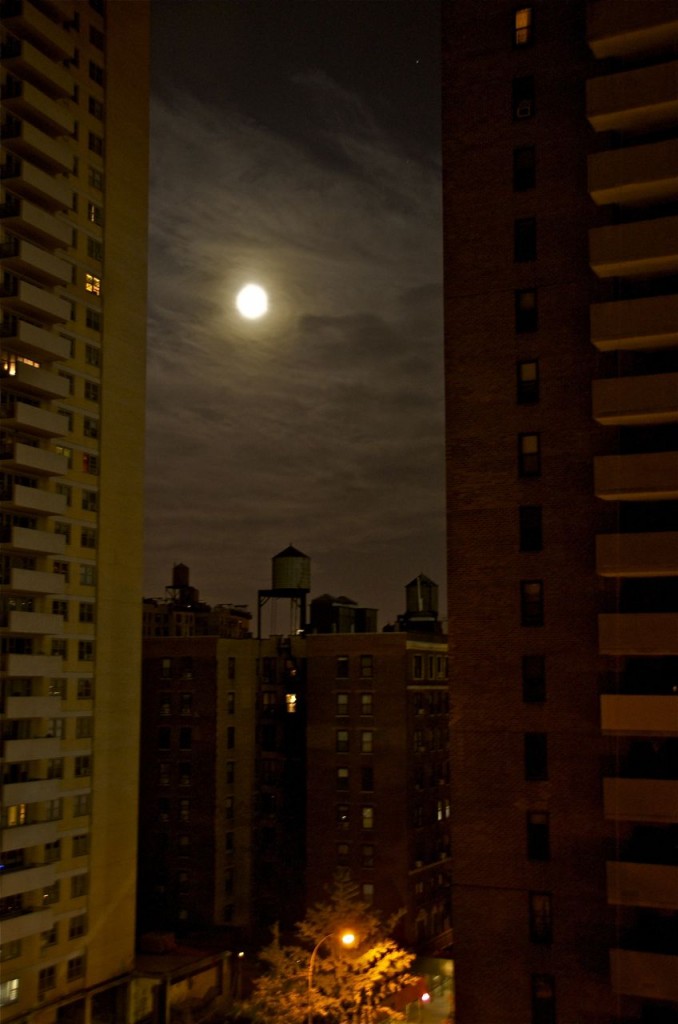 The other night I awoke from a nightmare with dogs chasing me and smothered in a world of darkness I felt I’d run to the edge of a cliff. My heart pounded, the bedroom felt claustrophobic and airless. I could not go back to sleep fearful that I’d return to that same dream. Climbing out of bed, I sought comfort in another area of our home. From the living room window I could see that the moon had slipped between the two giant apartment buildings across the street. I forgot the nightmare, grabbed my camera and went out onto the terrace to photograph this dreamy scene. I stayed awake for almost an hour watching the moon move across the sky, then went back to bed and fell into a restful slumber 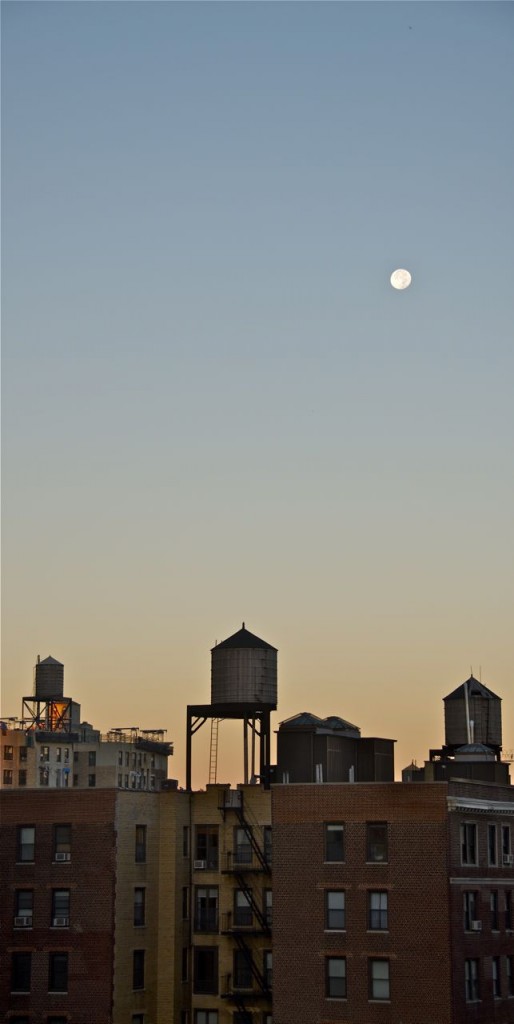 Several days later I got up earlier than usual. The moon was up then, too, but this time it had stayed in the sky long enough to greet the dawn. If you look close lyyou can see the fist glint of the morning sun on the water tower on the left. I couldn’t help but take a photograph of this scene, too.

6 comments for “FULL MOON IN OCTOBER”