For the last couple of weeks, on Tuesdays, I’ve been picking up Devon after school. What a treat for a grandma!! We have a routine jig-jagging through the streets of Manhattan heading for the Barnes and Noble bookstore where about 5:30 his mom takes charge, they head off to soccer practice and I go home. 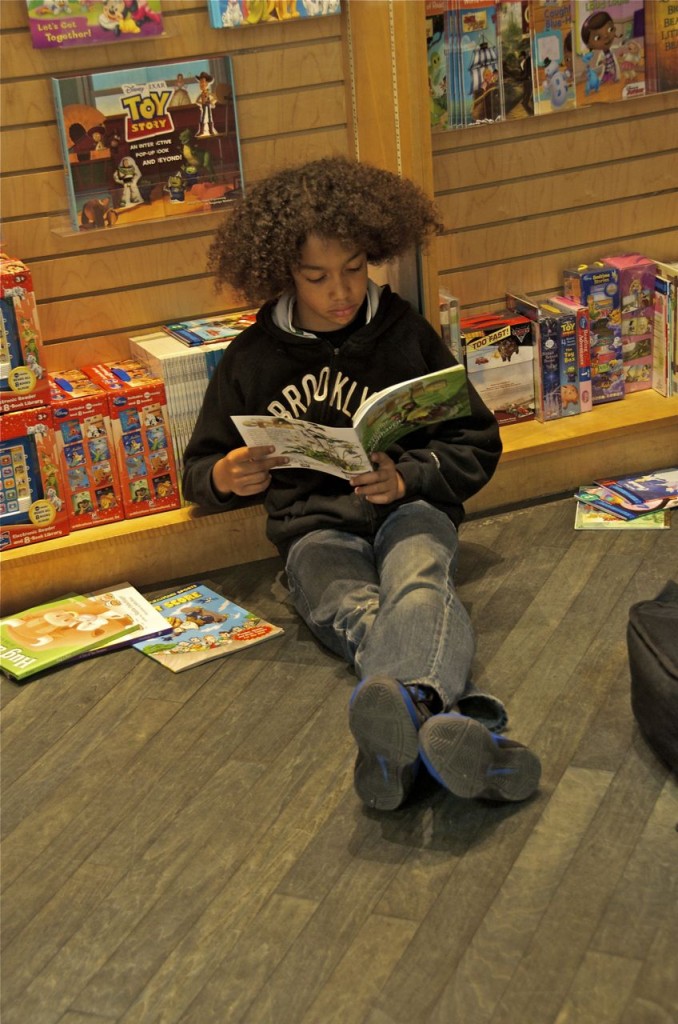 In the book store he splits his time between fiddling with the Nook displays on the first floor and then we take the escalator to the second floor where he settles in for a good read and chills out after his big day in school. 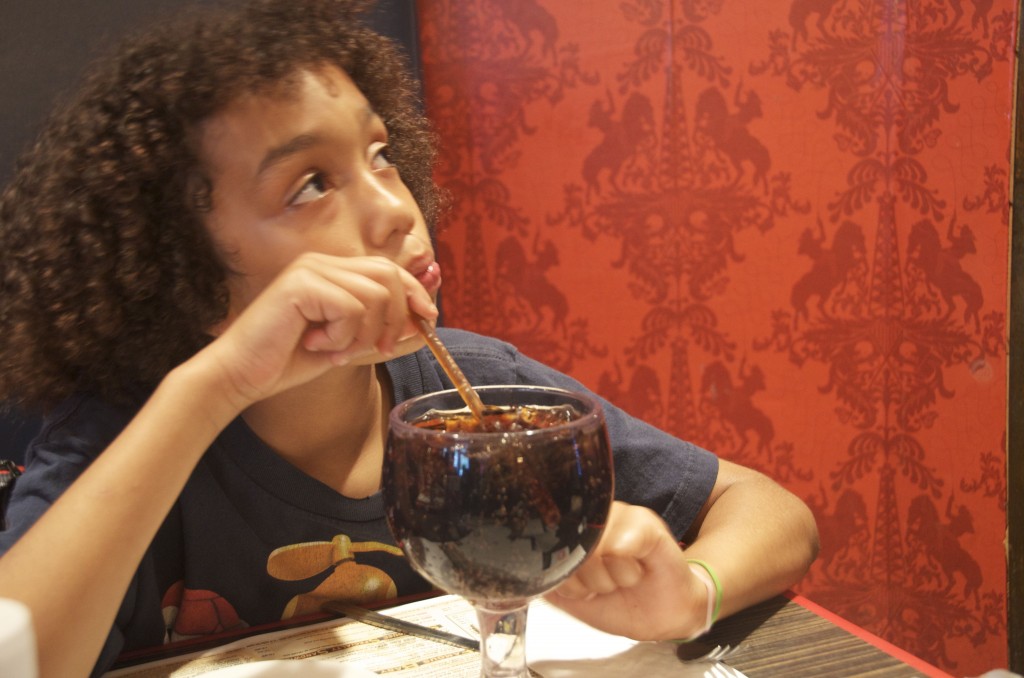 But before we get to the book store we stop for something to eat and drink. Sometimes we get sushi or fried dumplings. This week we decided on BBQ ribs and giant glasses of root beer. The fun part of eating the other day was that the TV in the  restaurant was turned to the sports channel showing surfers, and he told me about his dream to one day learn to surf in the ocean. He has a boogie board but he said it was too weak for the really big waves. He has so much to look forward to. 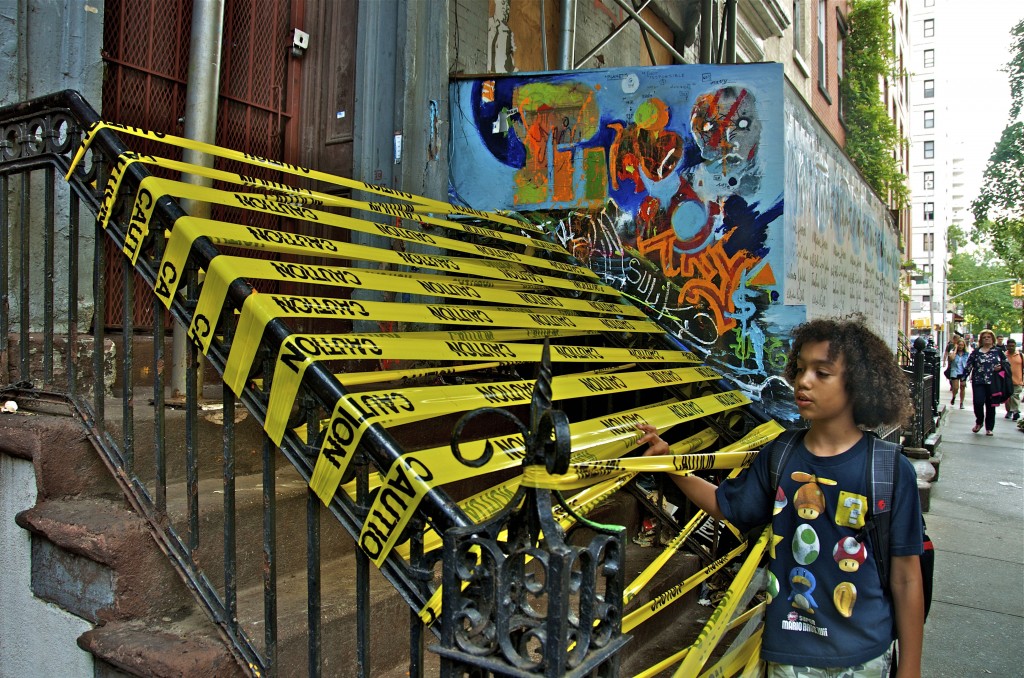 After eating we continued our walk to the book store. There’s always something interesting to see. We couldn’t figure out why someone put so much caution tap on these stairs. We threw around a couple of ideas; ghosts, rats, or maybe it’s poisoned. 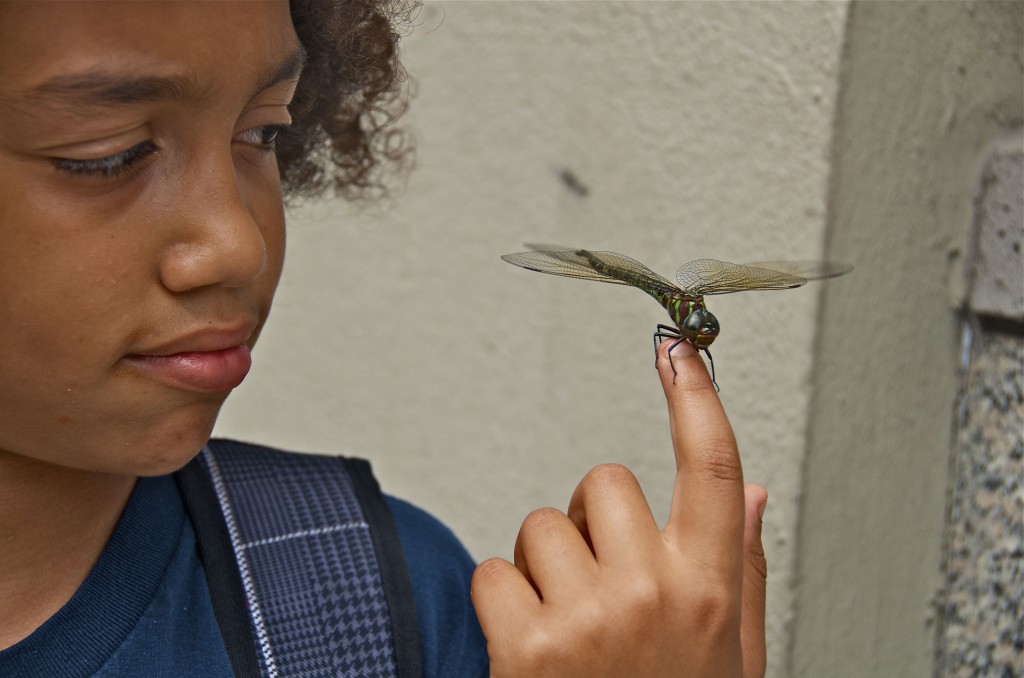 It was a windy day and several blocks before reaching the book store we encountered a huge dragonfly. The poor thing was having a terrible time in the wind and was being banged into the window of a drugstore. Then when it tried again to fly, the wind thrust it down to the ground where it’s wings and tail shimmied in what must have felt like a gale-force-wind to this fragile creature. Devon reached down, offered a finger. The dragonfly climbed on board and held on for dear life. “Do they bite,” Devon asked after the dragonfly was fully attached to his finger. 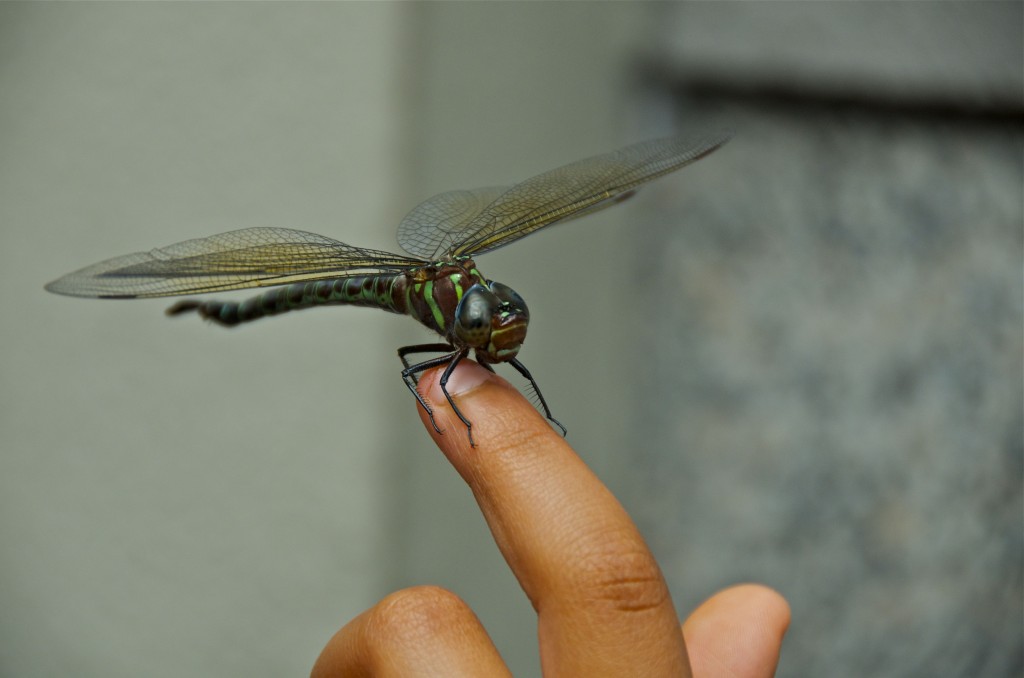 The dragonfly stayed with us for quite a few minutes and then in one of the huge bursts of wind the insect flew away. But the drama for this little creature was not over yet, because as soon as it left Devon’s finger a bird took off after it. The dragonfly did a few quick dragonfly maneuvers, disappearing into the windy gray sky. But we spotted it a few minutes later flying above a traffic light. The bird gave up the chase and our dragonfly looked quite in control.

As we continued our walk to the book store Devon talked about how he could have been more help to the dragonfly. He thought his best idea would have been to carry the insect to a park and set it on a flower’s leaf.

I’ll miss these after school walks. But now that summer is here there will be plenty time for other city walks and trips to our favorite burger place.

12 comments for “DEVON AND THE DRAGONFLY”