Yesterday I went to 5th Avenue to take a look at the Easter Bonnet Parade. I’ve only been to the parade one time before, and that was years and years ago. So, I thought it was time that I checked it out again. It’s not really a parade, but more like a mob scene with as many people with cameras and cell phones taking photos as there are people with outrageous hats. It’s a bit frightening to see how the hordes of photographers close in around the people wearing the more unusual chapeaus, with elbows jabbing, heads popping up in front of lenses. One woman even pushed my camera out of her way to get a better shot of a hat I had focused on. 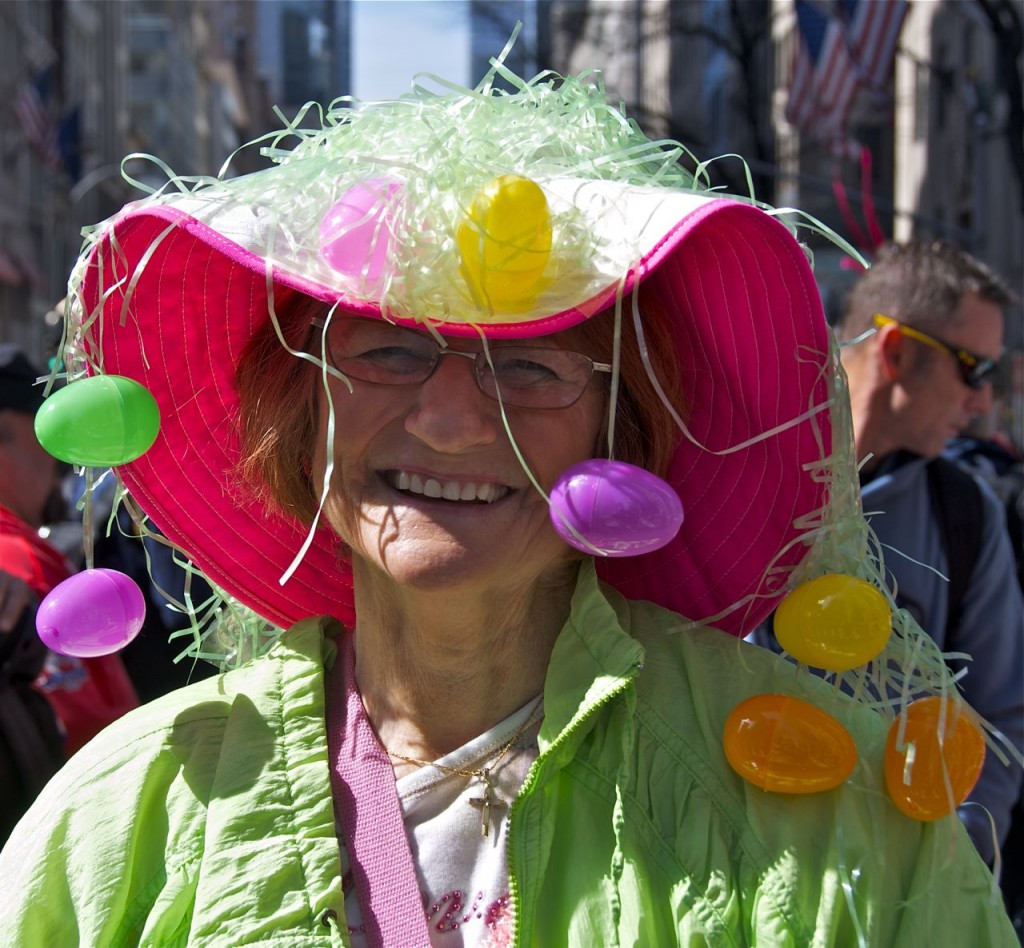 There were simple hats like this one with colorful plastic eggs dangling from a garden bonnet. 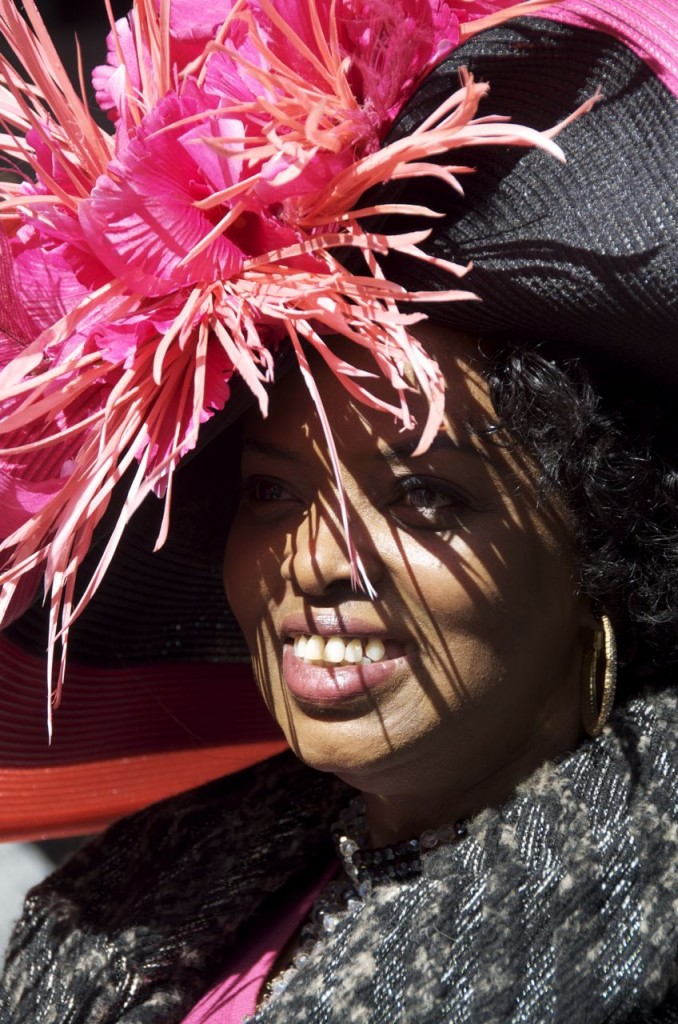 I fell in love with the shadows that the flowers cast across this happy face. 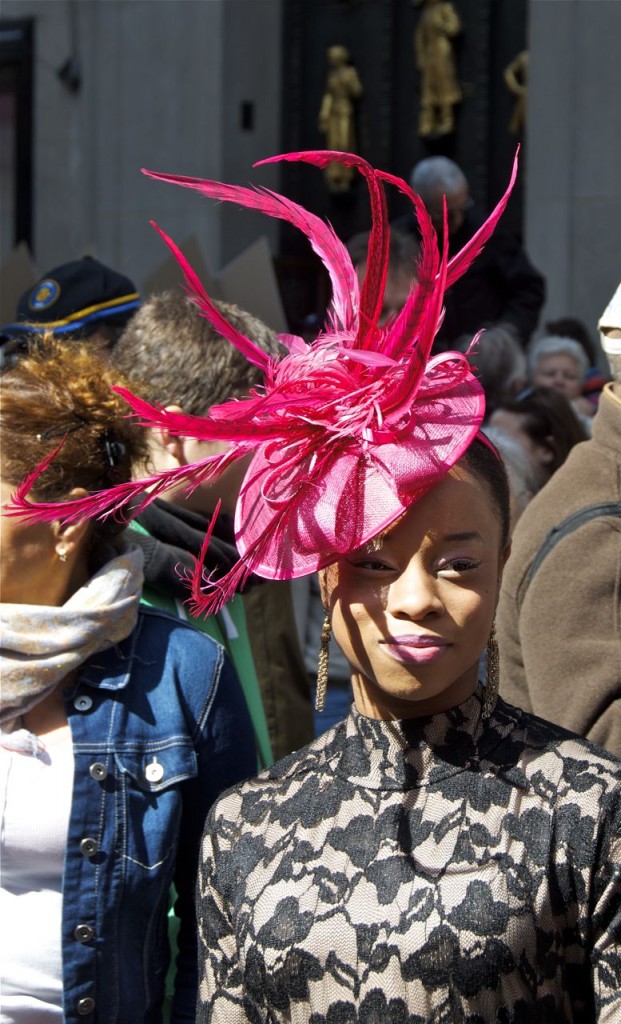 Here is a beautiful woman in a stunning hat. 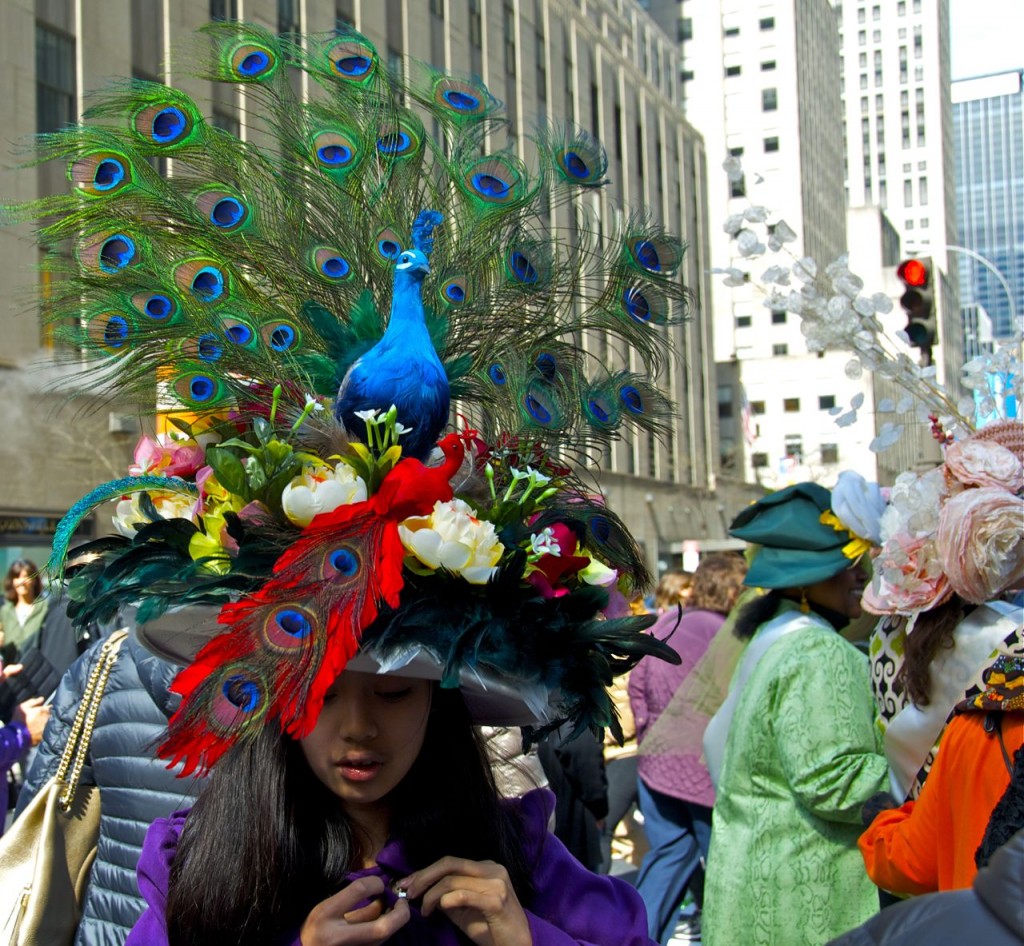 The young designers got into the act, too. 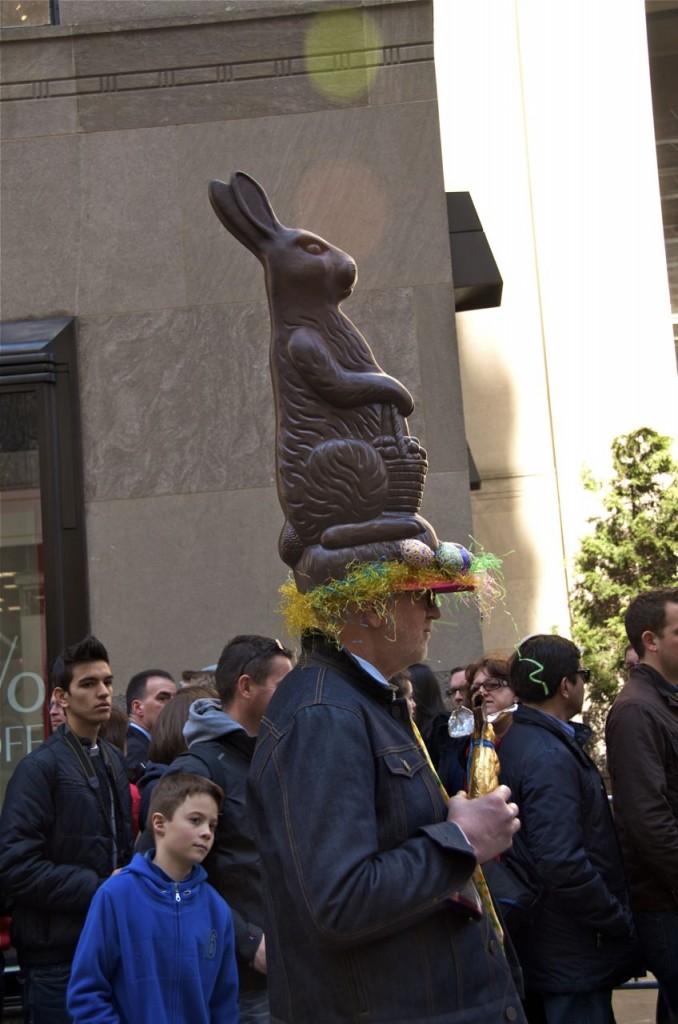 This guy certainly got a lot of attention when he walked down the street. And, yes, everyone wanted to know if it was a real chocolate bunny on his head. But he slowly strolled up and down 5th Avenue never saying a word. 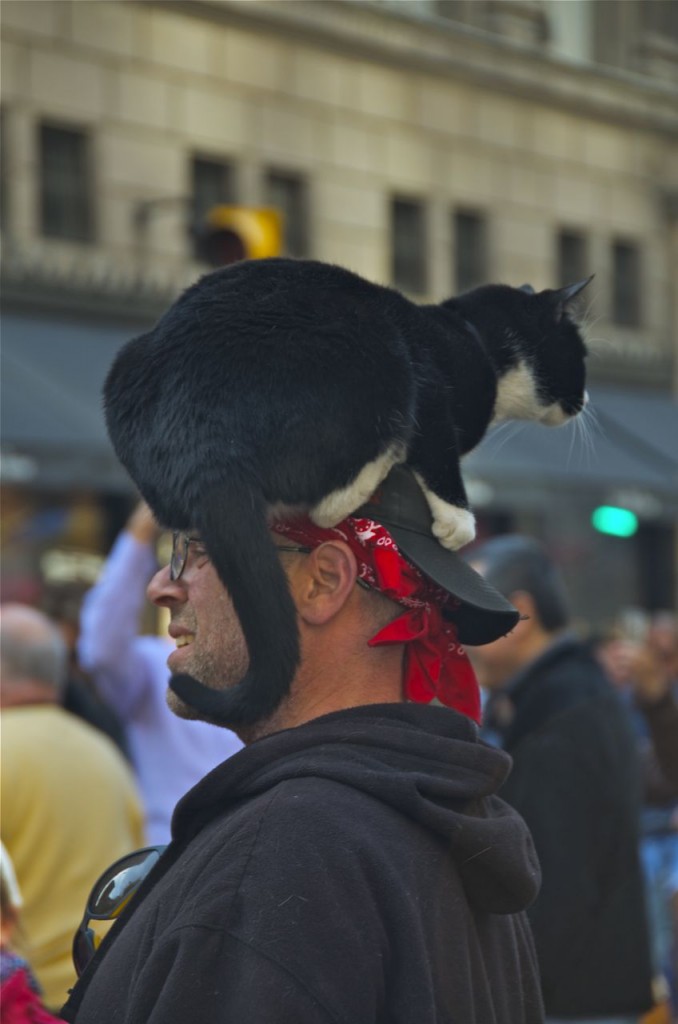 One fellow wore his cat on his head. I suppose it was a play on ‘Cat In The Hat’. 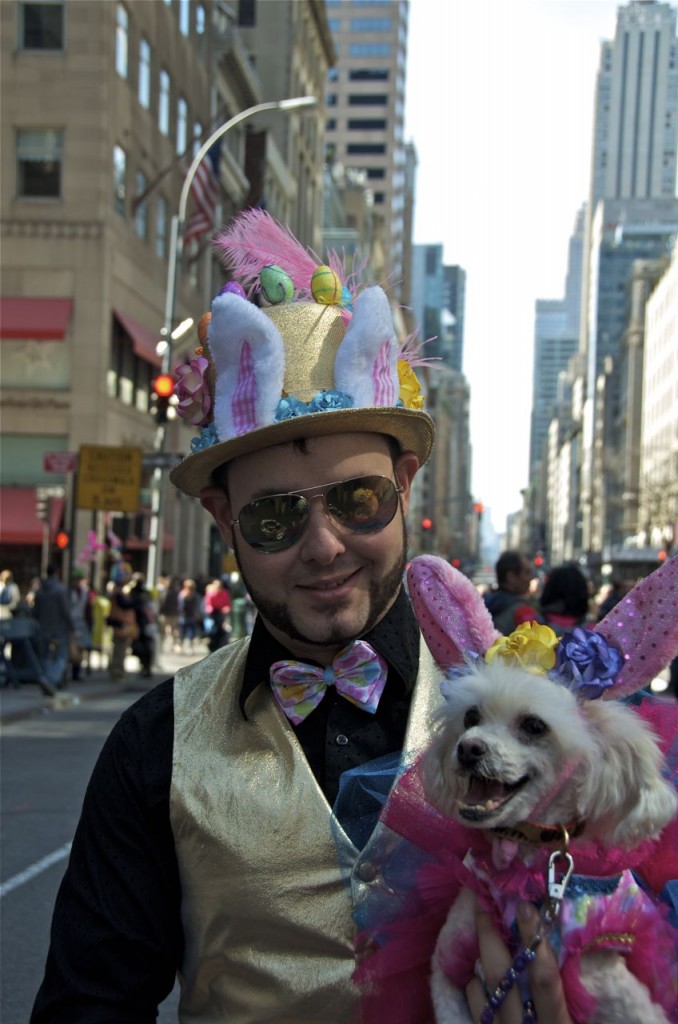 There were animals dressed in Easter Bonnets, too. 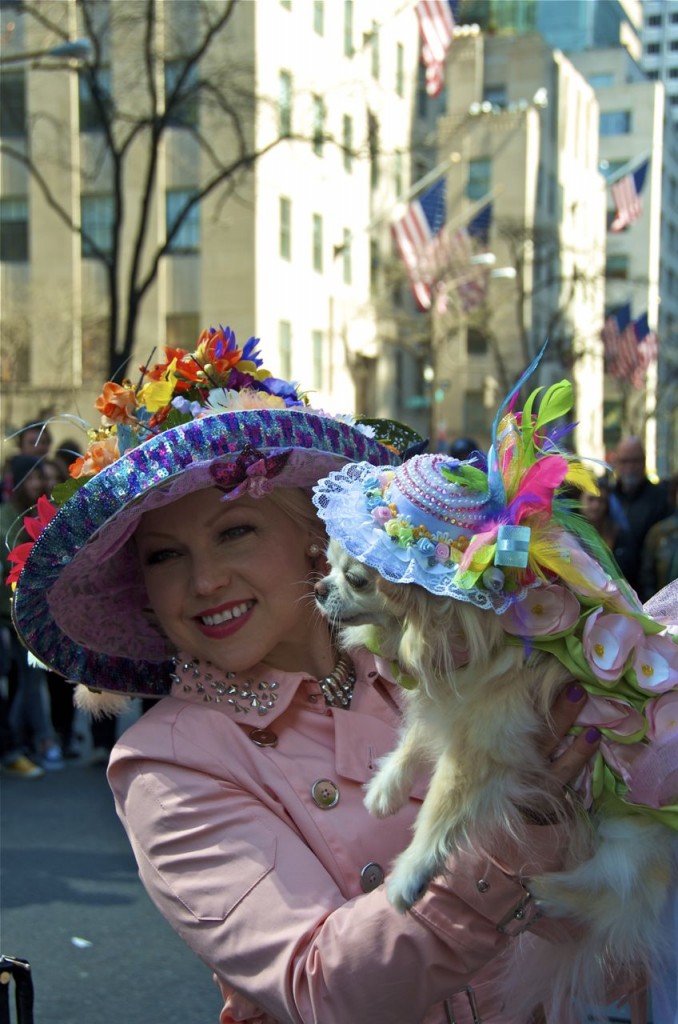 It was a festive time for pet owners. 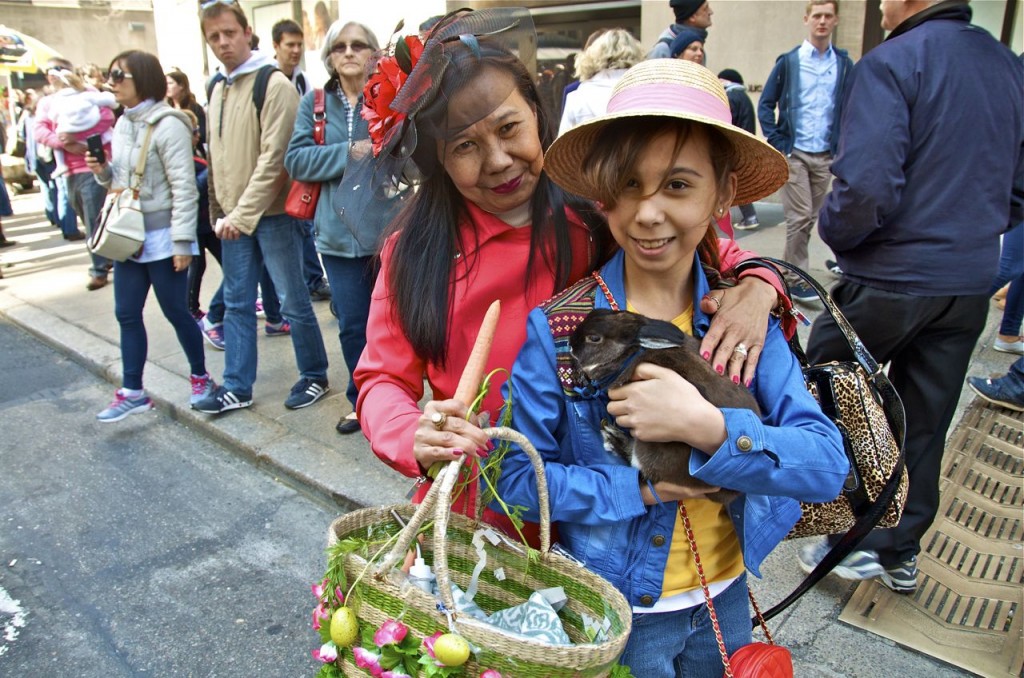 This little girl was so happy to be able to bring her bunny to the celebration. 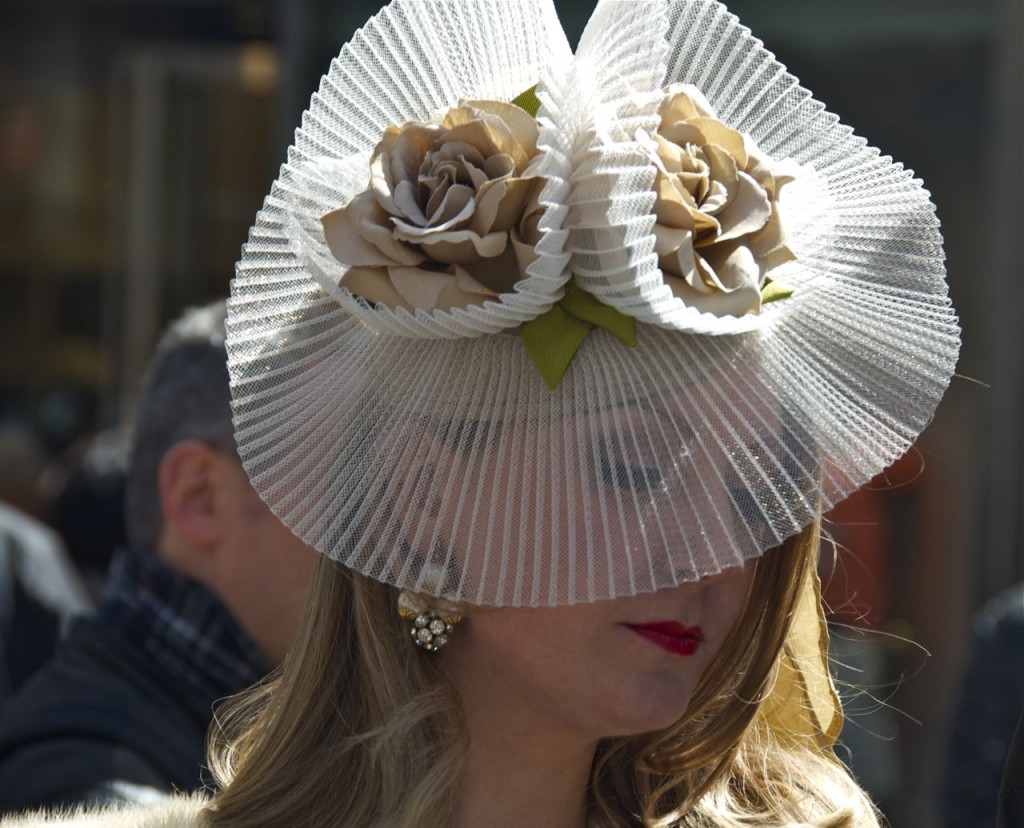 There were beautiful and regal women in elegant hats. 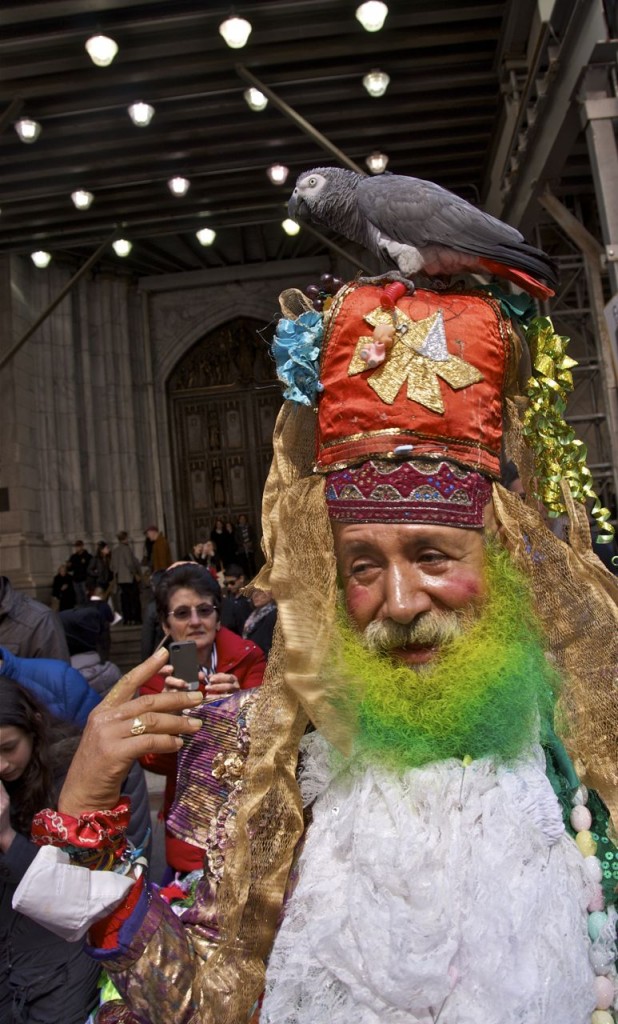 There was one silly fellow who could not resist wearing his pet parrot on top of his head, and to decorate his beard on Easter morning. 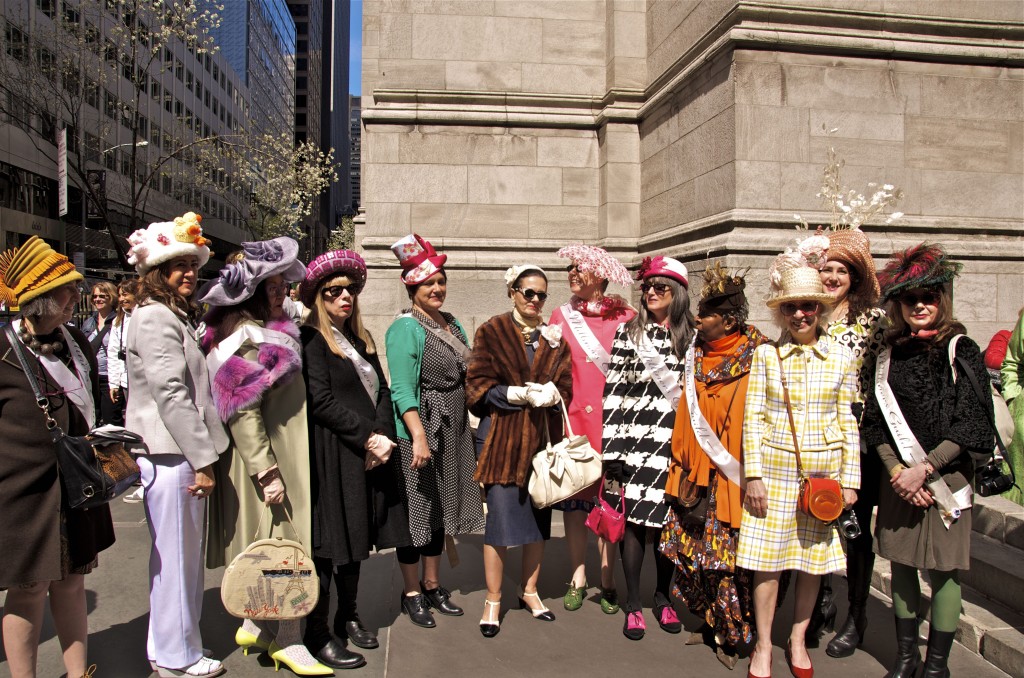 I had the opportunity to meet the grand dames of hat makers, the Milliners Guild. 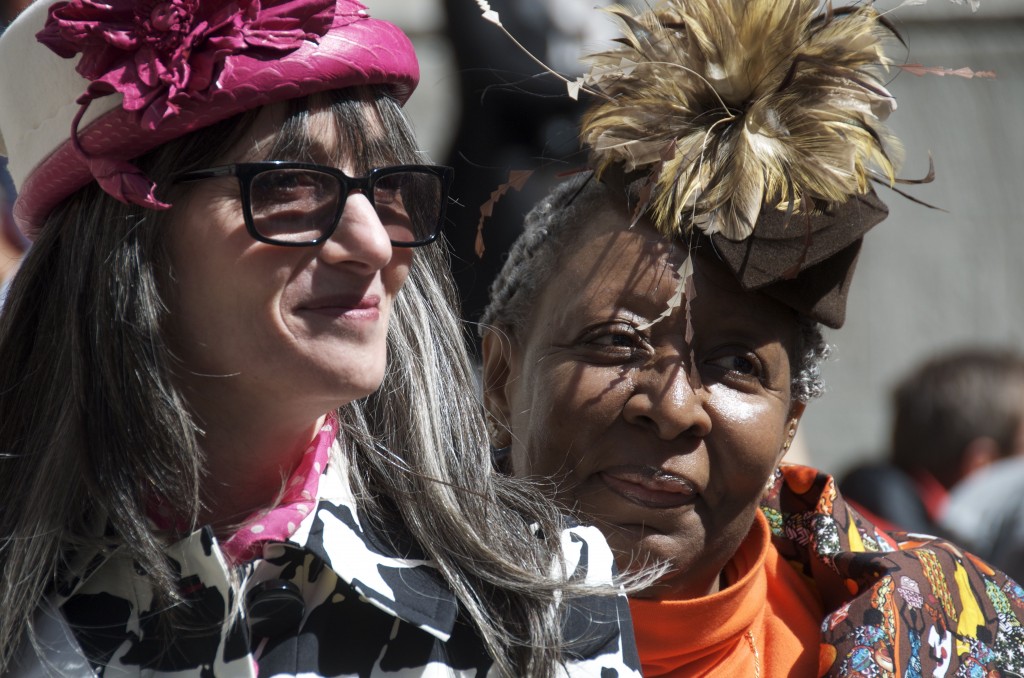 Here are two of the lovely talented ladies from the Milliners Guild. 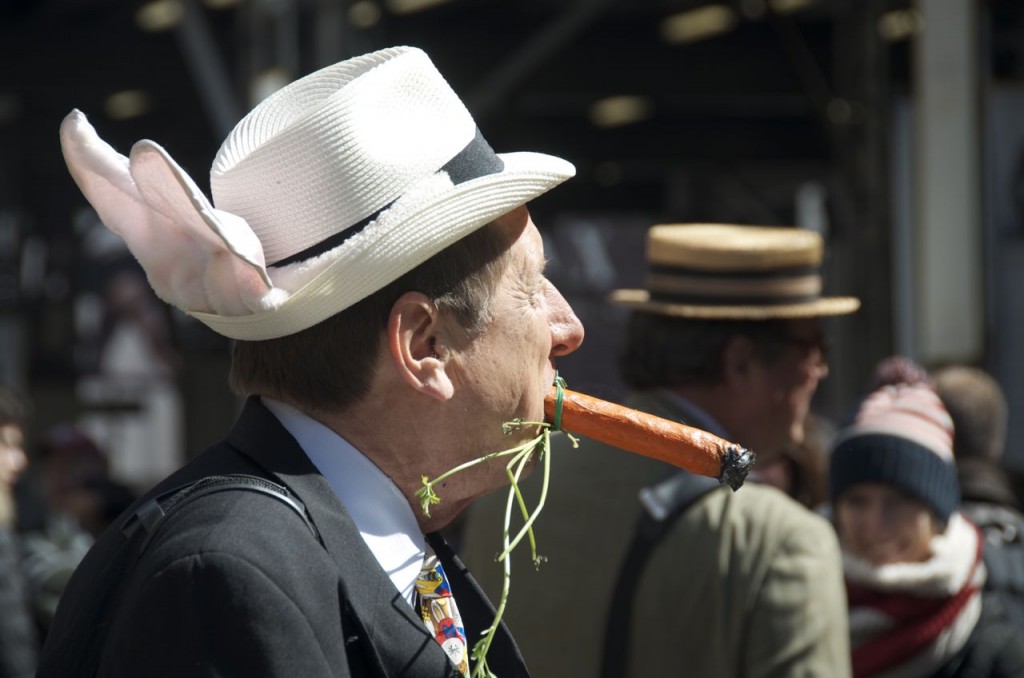 And then there was the man in a fedora with rabbit ears who smoked a carrot cigar.

There were many more memorable hats and personalities strolling up and down 5th Avenue in the brilliant spring sunshine. I forgave the eager photographers and the excited onlookers for their momentary lapses in etiquette because it was really such a wonderfully magical and fun day.

16 comments for “IN YOUR EASTER BONNET”