On Sunday we went to Park Guell. I’d seen photos and read a few sketchy articles related to the place, but nothing compares to actually seeing this park in person.  The visit here was like a sophisticated adult wonder-walk with a couple of children’s playgrounds tucked here and there. Guell was from a wealthy textile manufacturing family and commissioned Antonio Gaudi, a visionary architect,  to construct a hillside garden community based on the English Garden City model. (More about Gaudi in another post.) 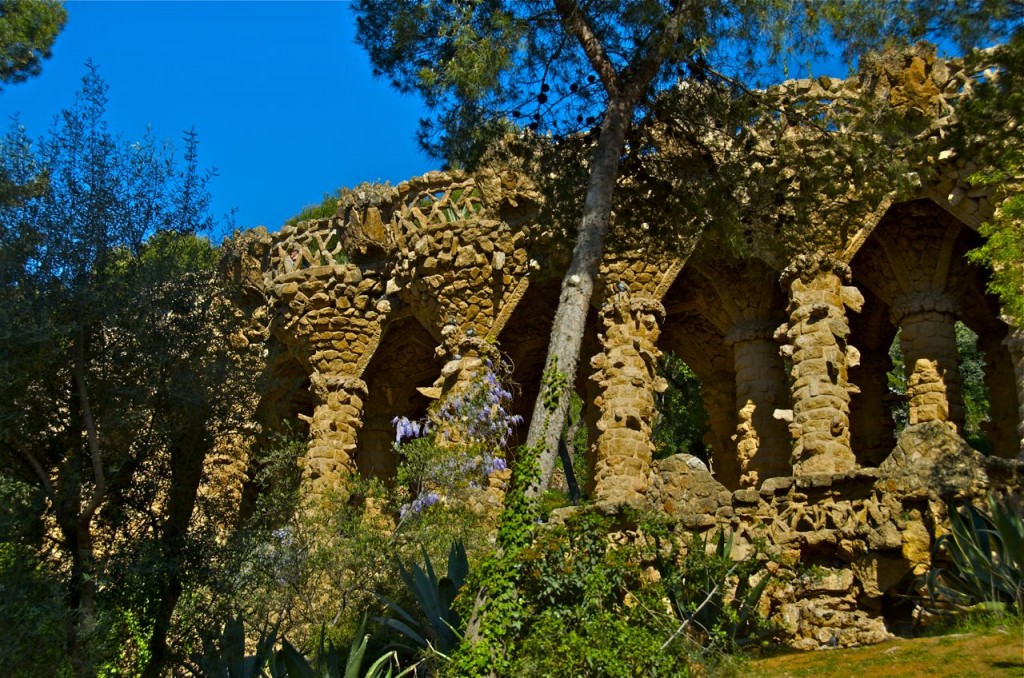 We started at the top of the park and initially began to walk along a gently downward-slanting path. Then we decided to take a stairway and head up the hill walking along a curious system of columns. 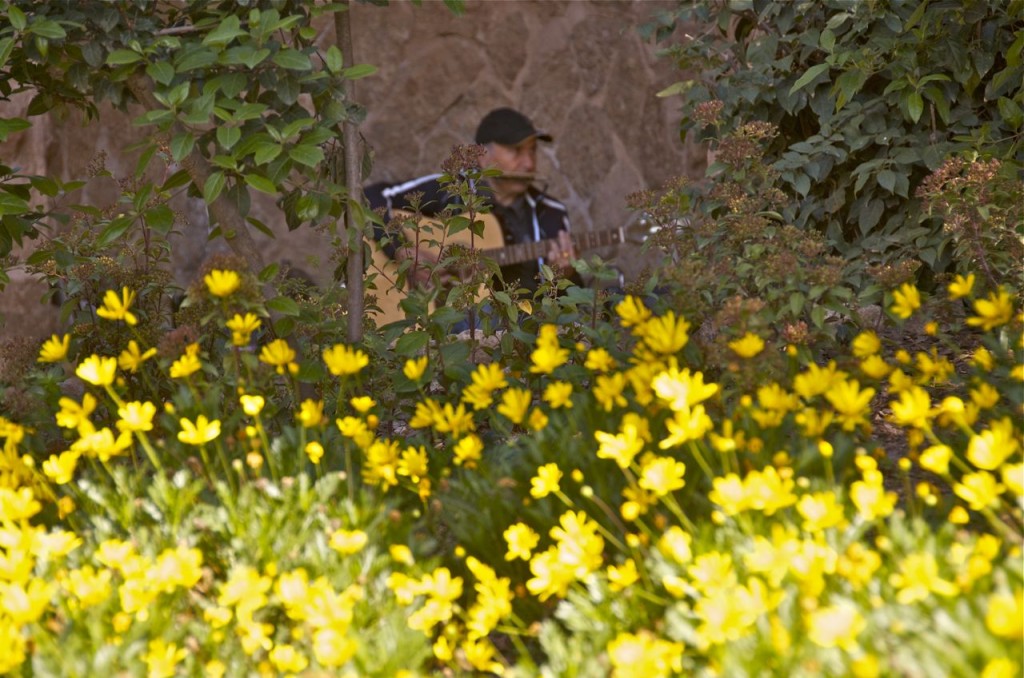 A musician sat in the shade of the columns, situated behind a blanket of  yellow flowers. He strummed his guitar and blew on a harmonica, the columns and rocky structure at his back acting as his amplifier. 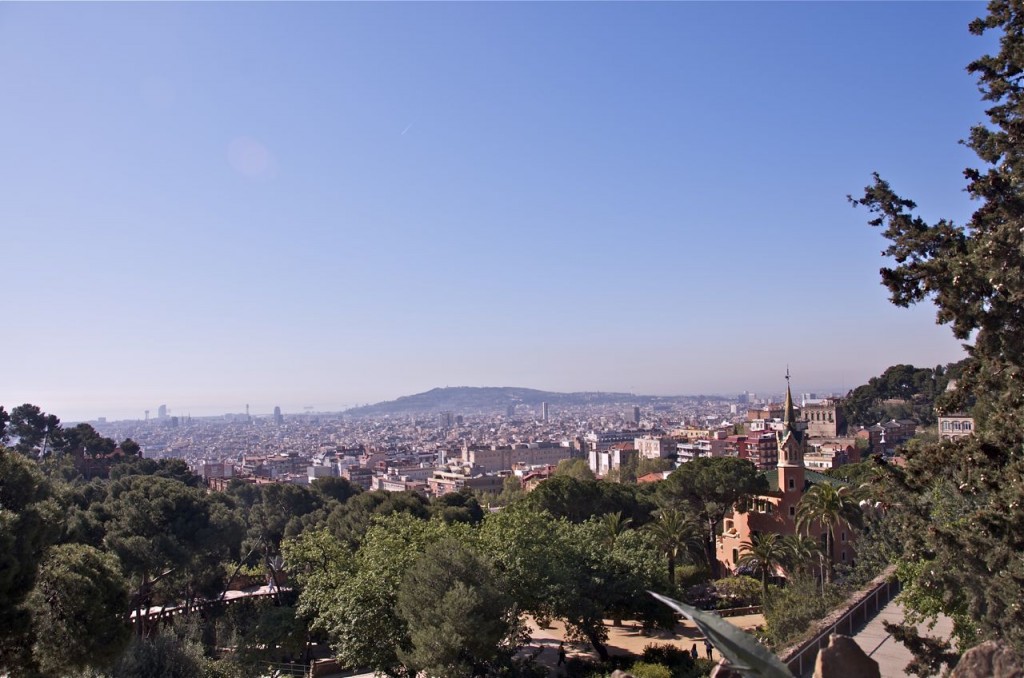 Once we reached the top of the stairs the whole of Barcelona stretched out in front of us. If you look closely you can see the Mediterranean Sea way off in the distance. 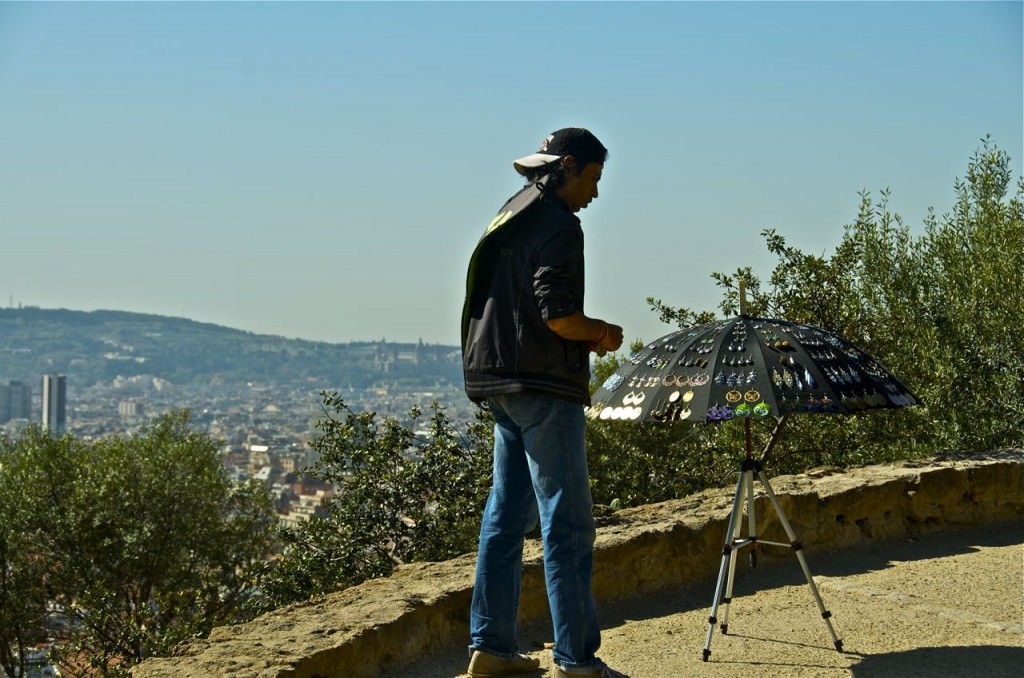 We were on the walkway that encircled the top section of the grounds, but stairways and paths run off the main walkway and through the park like well worn tracks in this wild parkland. Street vendors display their wares with Barcelona as the backdrop, the fake gold glitters all the more enticingly in the strong Spanish sunshine. 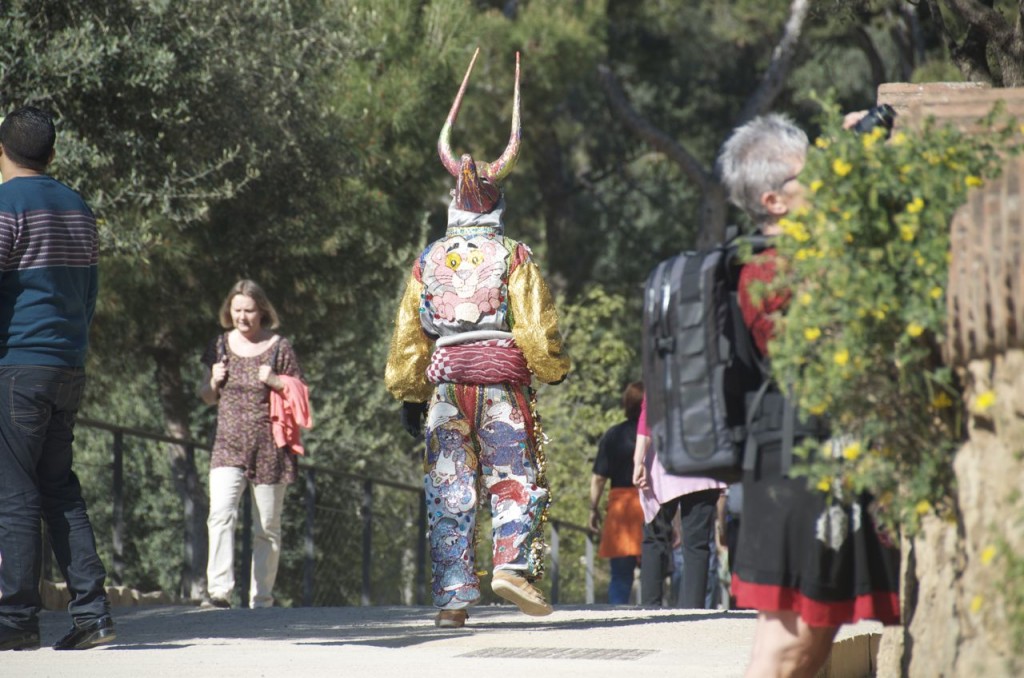 Every once in a while a costumed character walked along the path with the other visitors. 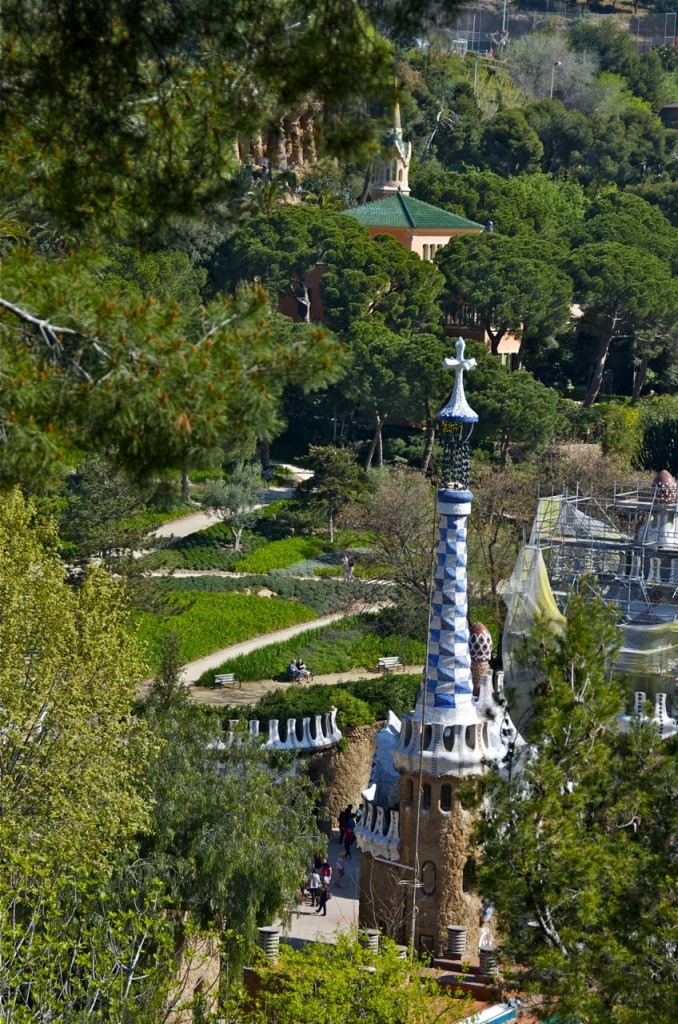 Not until we got to a particular bend in the path did we get a full view of the structures that I’d read about. It was like looking down on a fairy tale city. Some reconstruction is going on but that did not deter from this magical vision. 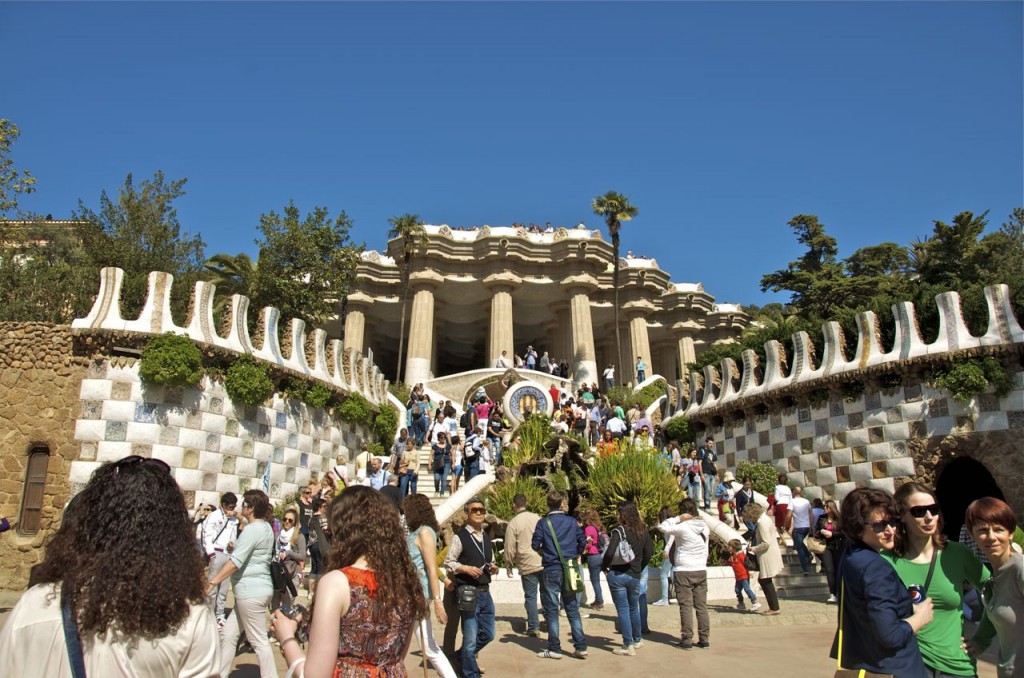 Unlike the quiet of the paths in the park, getting into this fairy tale city was anything but relaxing and peaceful. There were thousands of people milling around, taking photos and chatting in hundreds of different languages. 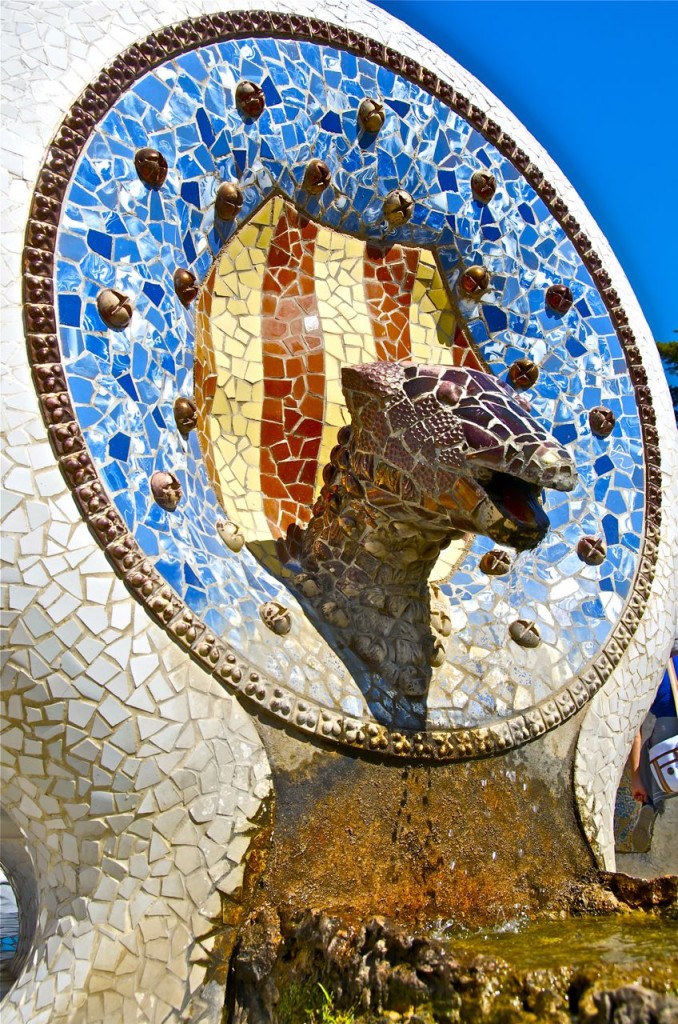 We walked up one of the stair cases that encircled the fountains. I tried to get photos of the lovely fountains, but someone was either sticking their hand into the fountain water or putting their smiley face next to the animal’s head and I had but one short moment to click my camera shutter before a stranger appeared in my lens. 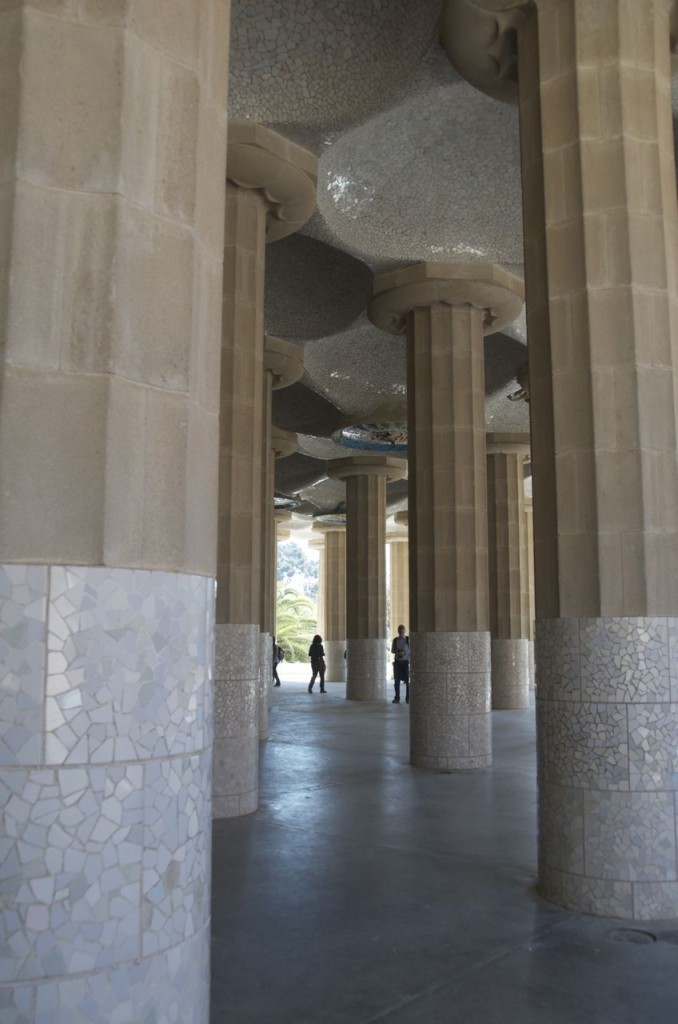 At the top of the fountain area is an amazing collection of columns that support a huge open air theater. 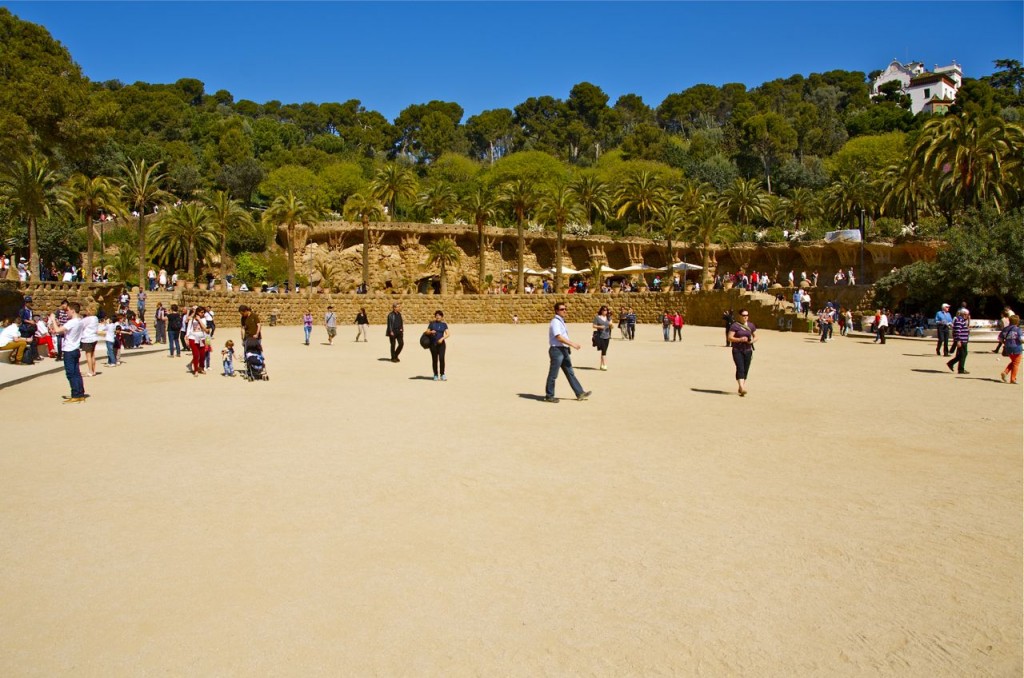 This is the open air theater with the capacity to hold thousands of people. 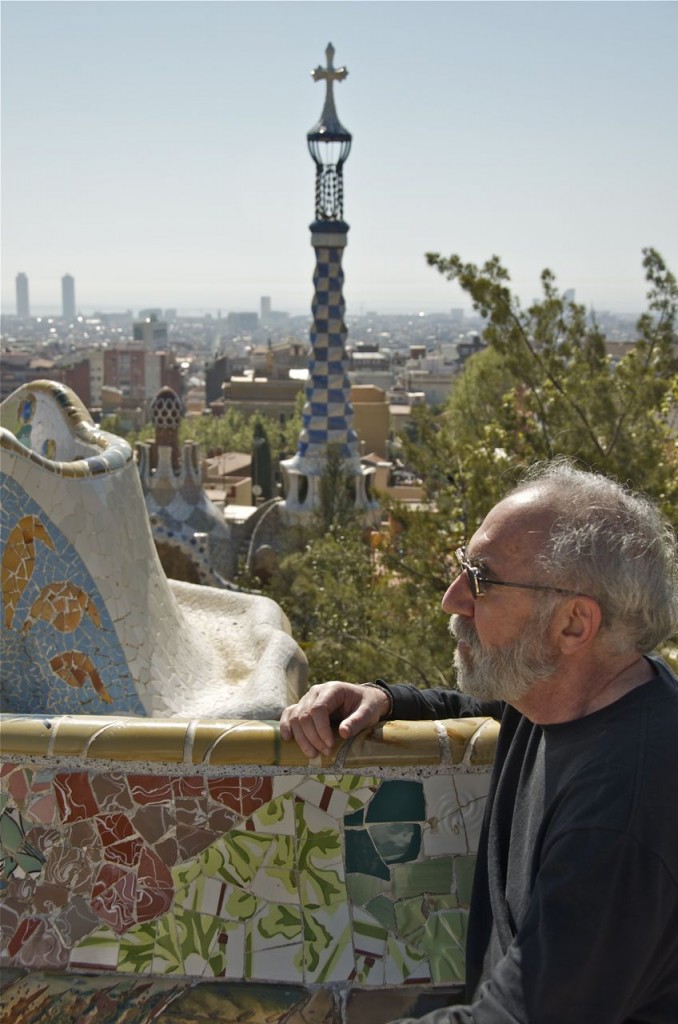 Mosaic designs cover the concrete seats that encircle the theater. And Barcelona is in full view of from this area, too. 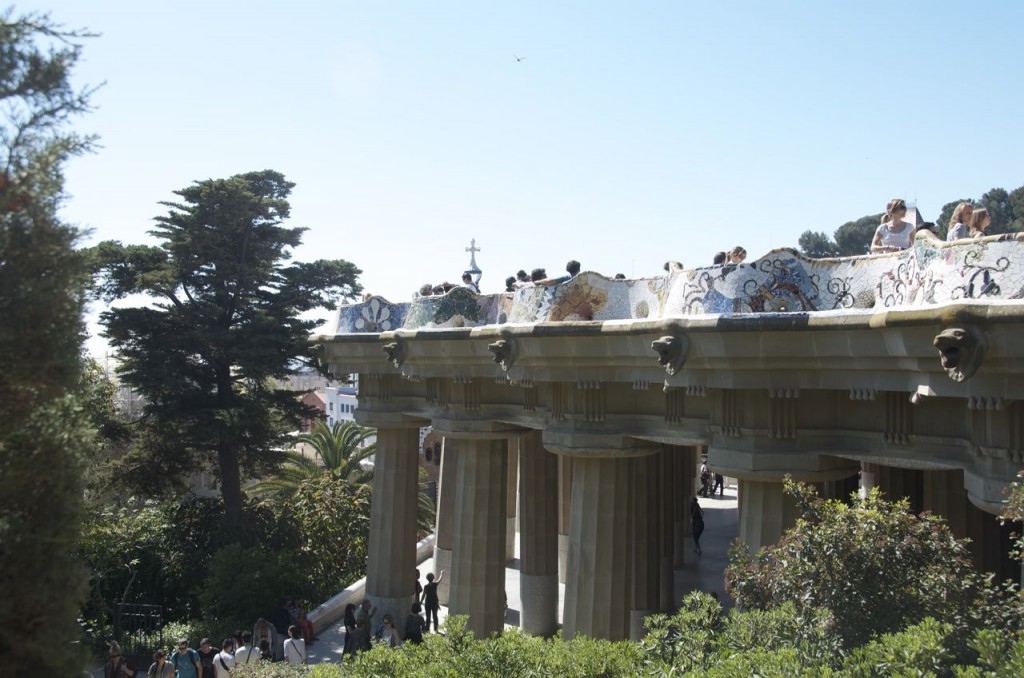 This is a view of the columns and the seating along the edge of the theater.

This is the famous structure that sits at the bottom entrance of the park. We spent four hours in the park walking around, sitting, watching people, ambling through the gardens and when we were away from the crowds it was easy to feel magic of these grounds.