The other day I was going through my collection of photos and found these water tower shots. Most people think of New York City when they see water towers dotted along a skyline. But after doing a little research I learned that other cities in the US, and even India, Finland, Germany and Kuwait use water towers as well.

New York City first began using these structures in the mid-1800s. They were erected on buildings six stories or taller to assist with the pressurized water supply system to help distribute drinkable water for tenants and to provide emergency storage for fire protection. 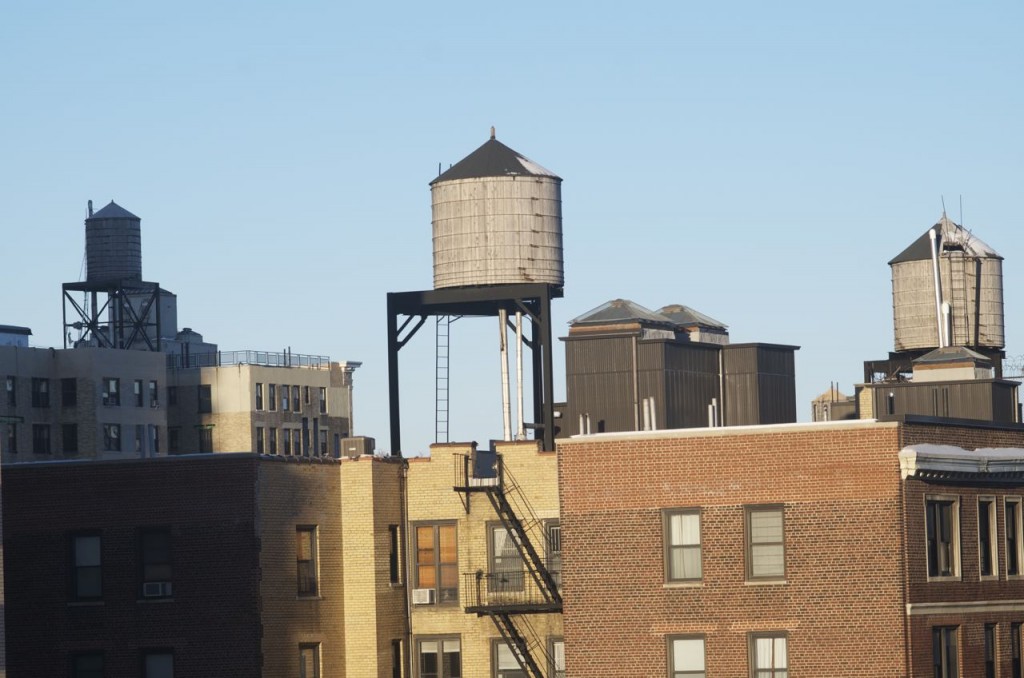 The original water towers were built by barrel makers. Even today, no sealant is used to hold in the water and the cedar-plank walls are held together with cables. Water leaks through gaps when the tank is first filled, but the wood quickly shrinks and the tanks become impermeable as water saturates the wooden walls.

Depending on their size, these rooftop water towers store between 5,000 to 11,000 gallons of water. 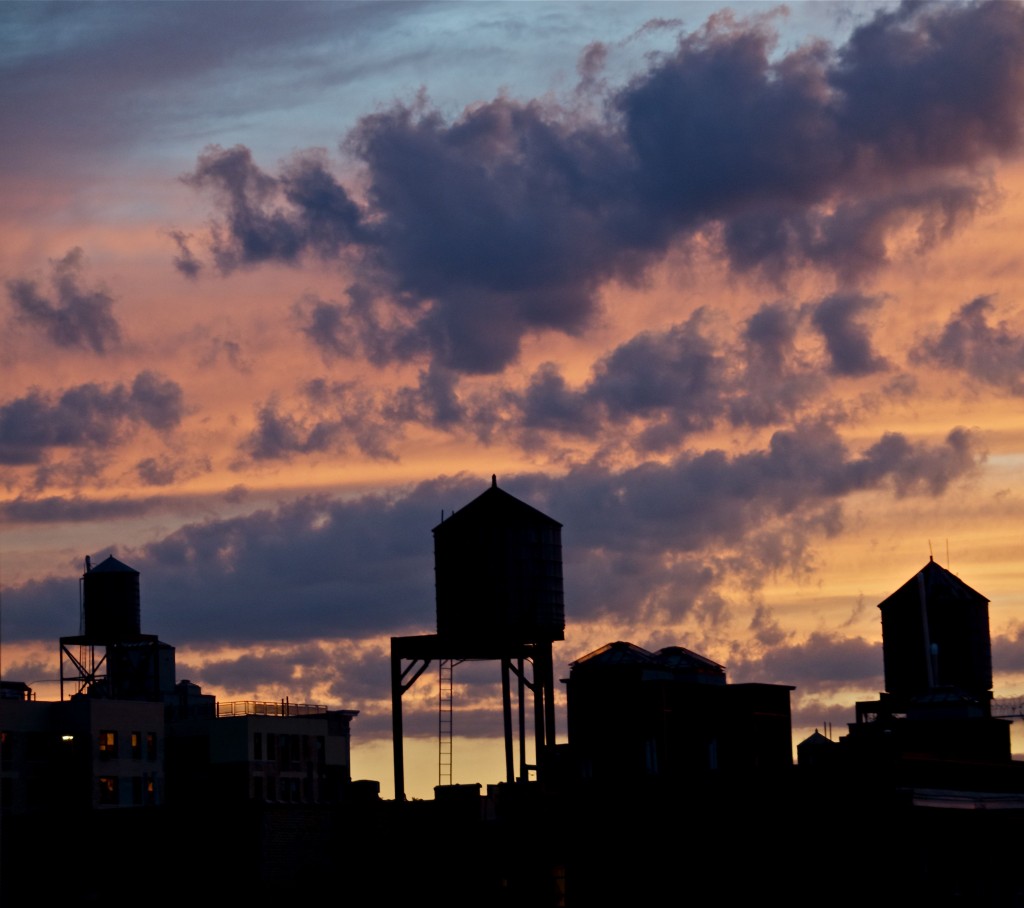 Elevated water storage has been used in various forms since ancient times, though it was the development of steam-pumping that allowed the possibility to develop the pressurized public water systems. It is a method by which water is pumped up through pipes and into the towers where the water is held in reserve.

There are two pipelines exiting the tower for public consumption, one at the upper portion of the tank for tap water use, and then there is a lower pipeline to be used by the fire department in case of a fire.

When the volume of water drops below a certain level in the tank a float valve activates a pump or opens a public water line that then refills the tower. 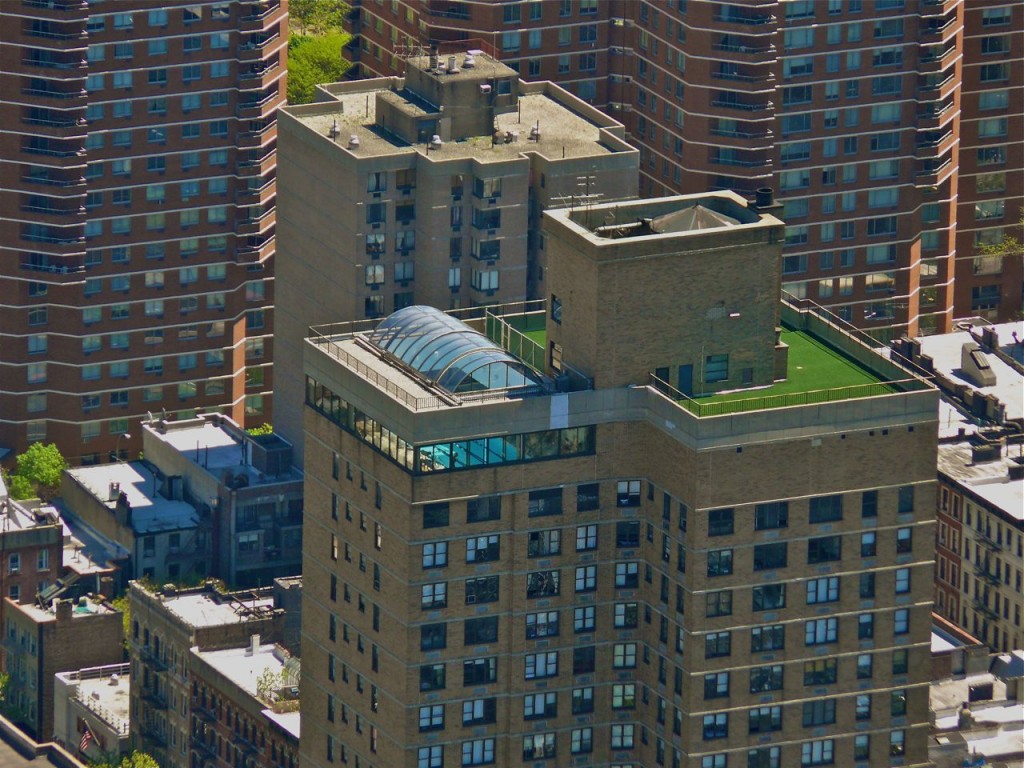 Builders and architects take different approaches when incorporating water towers in the design of a building. In structures that also accommodate a roof-top pool and recreation areas, the water tower is usually discretely enclosed. 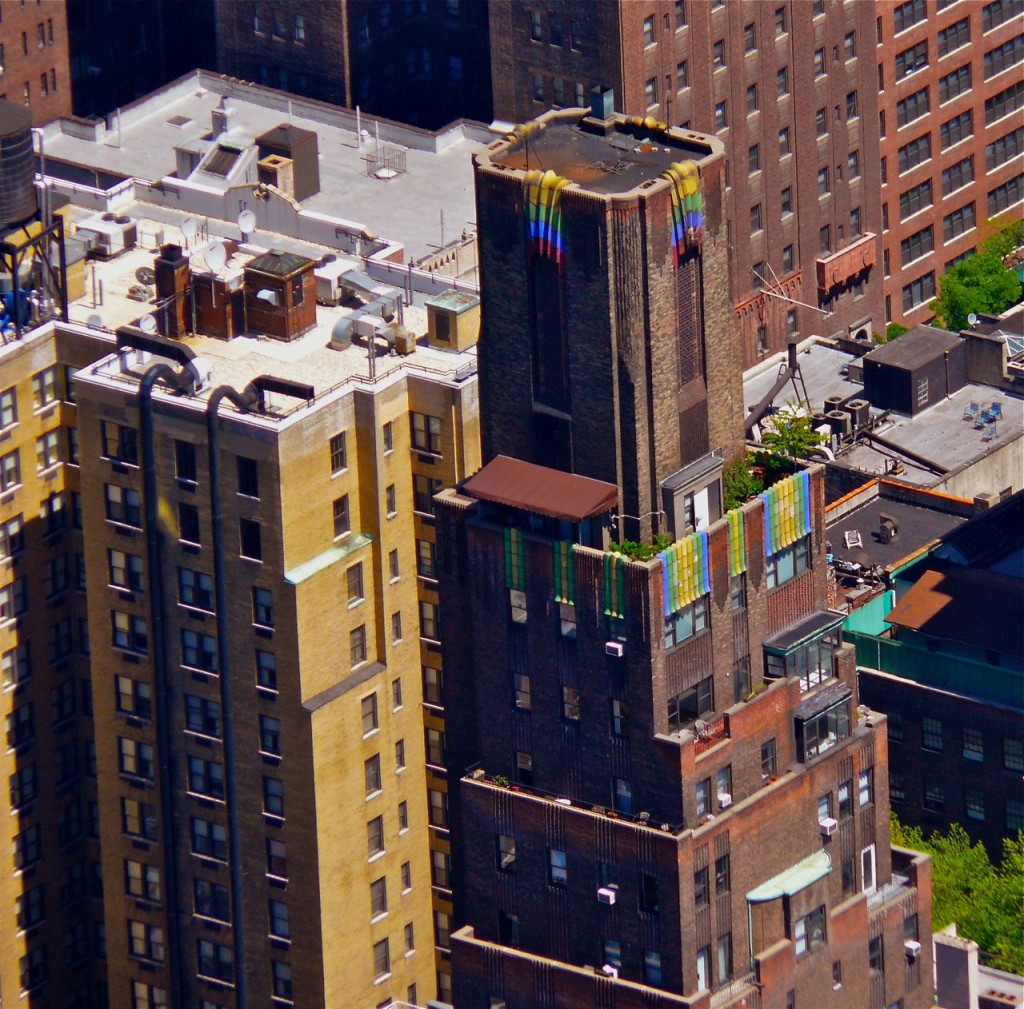 Here is a photo I took of a lovely decorated enclosure for this building’s water tower. 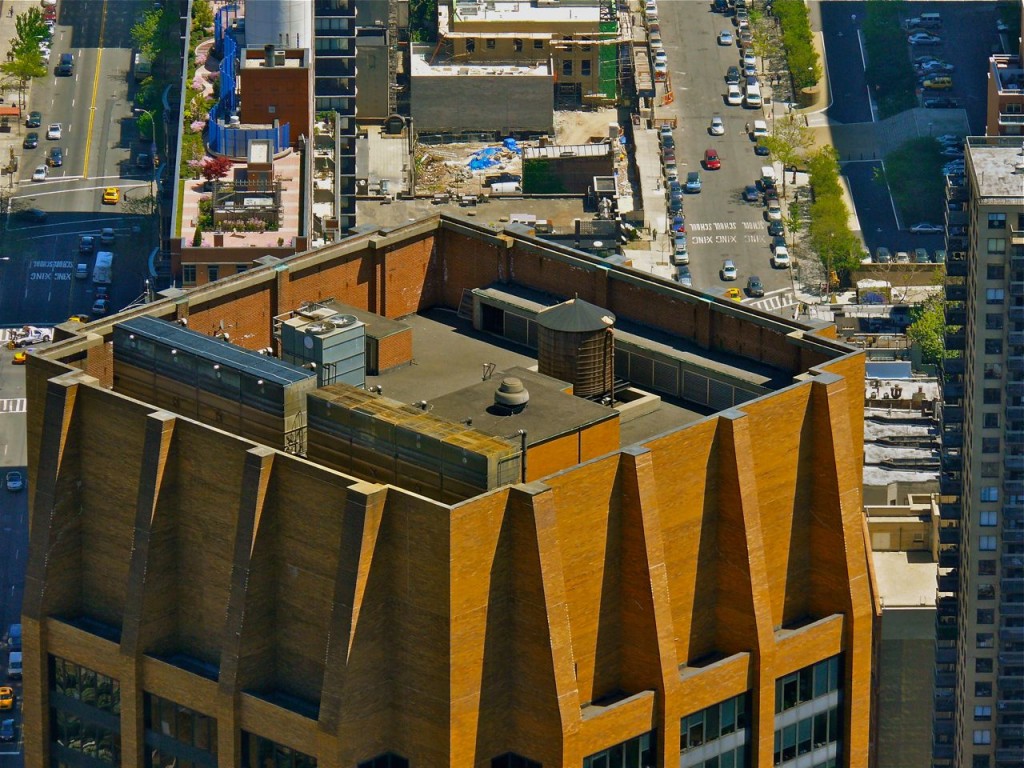 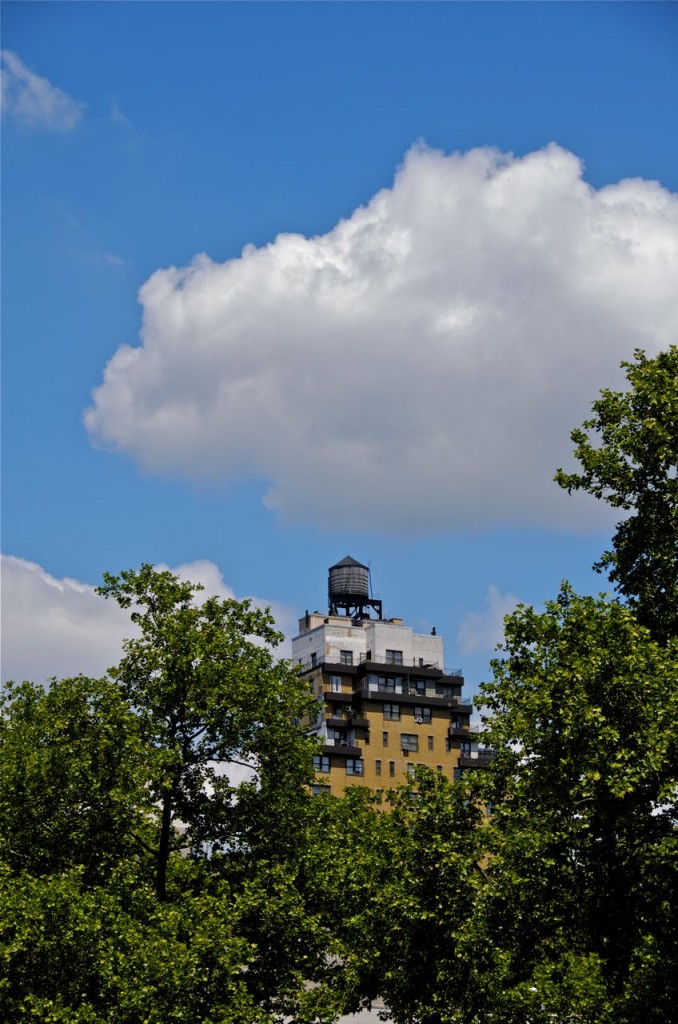 And some water towers look like a guard station standing on top of a building. 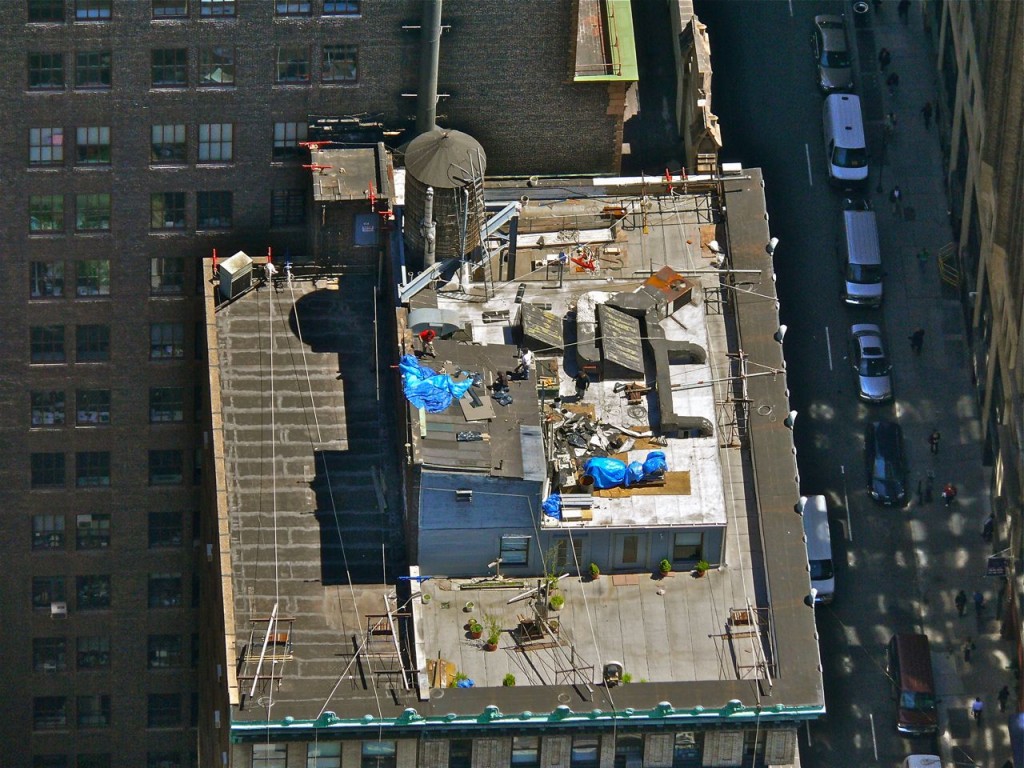 There is a system of inspections to insure that water tanks are well maintained and safe. And this is where the lovely visuals of water tanks and the reality of what’s in the tanks gets murky. In January 2014 the New York Times investigated the conditions of a portion of the estimated 12,000 to 17,000 roof-top water towers that are in use today, and according to their findings the regulations governing the maintenance of these tanks are rarely enforced.

The building owners are responsible for ensuring that their tanks are cleaned, inspected and tested annually for bacteria and conform to health code standards. According to the city’s own survey nearly 60% of the owners do not comply with these regulations. 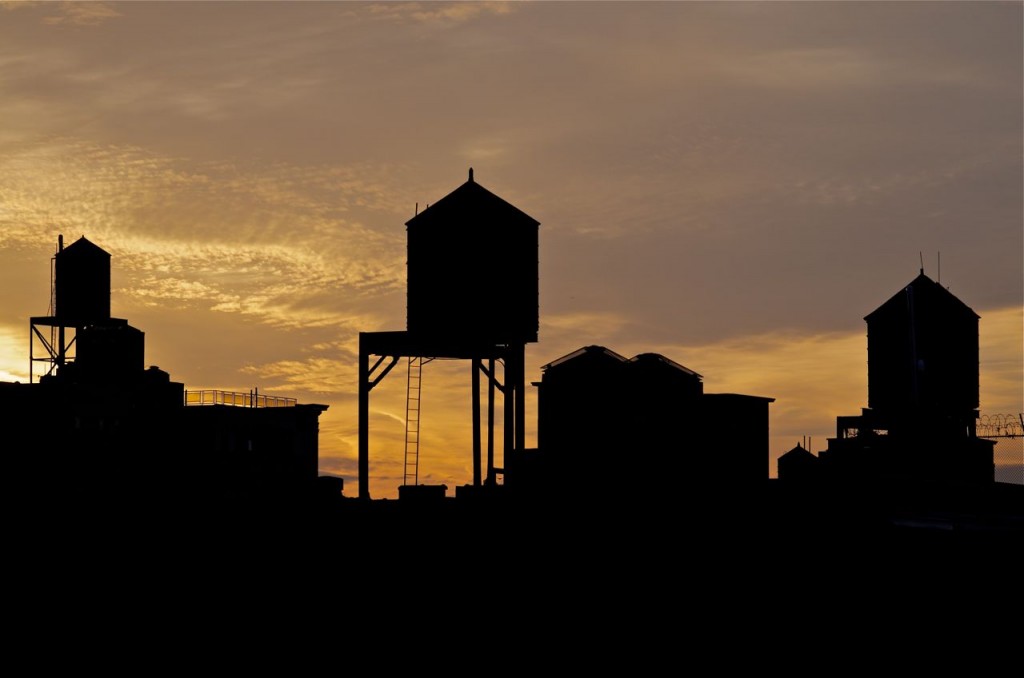 The survey also found that there is often a thick layer of muddy sediment at the bottoms of the tanks. Some tanks contained bird droppings, skeletons of rodents, and high levels of coliform which indicates that conditions are ripe for the growth of potentially dangerous microorganisms. These results came from water at the bottoms of the tanks, which is far below the pipes that feed into the buildings taps. The study also found that many water towers have not been cleaned or inspected for years. When the health department’s deputy commissioner was asked if this could have negative health consequences, he said, “We don’t have any evidence that there is.” 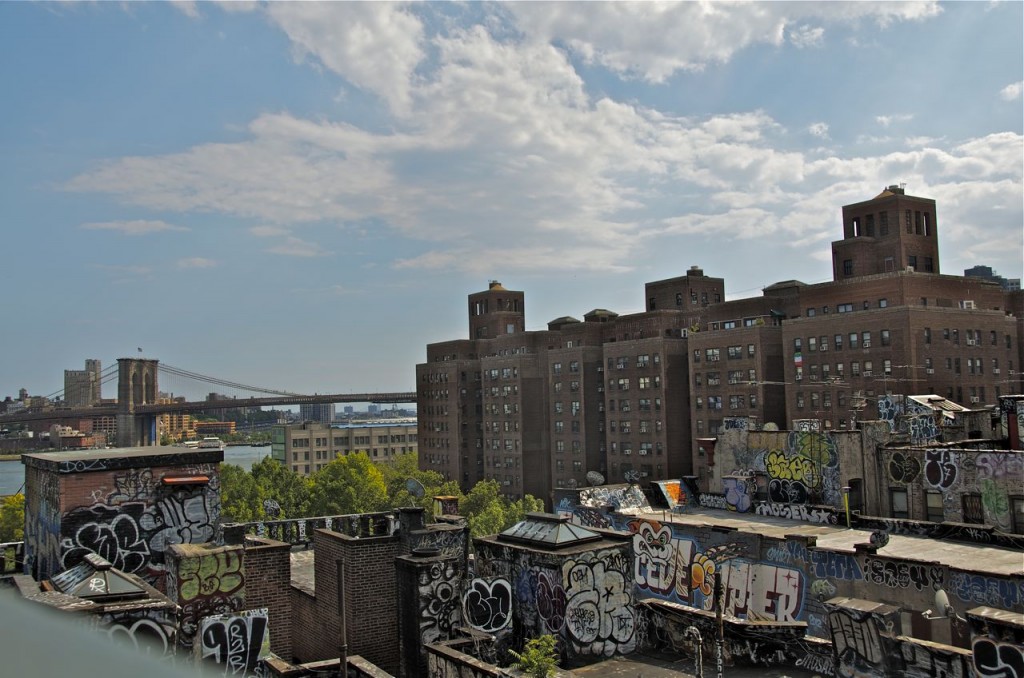 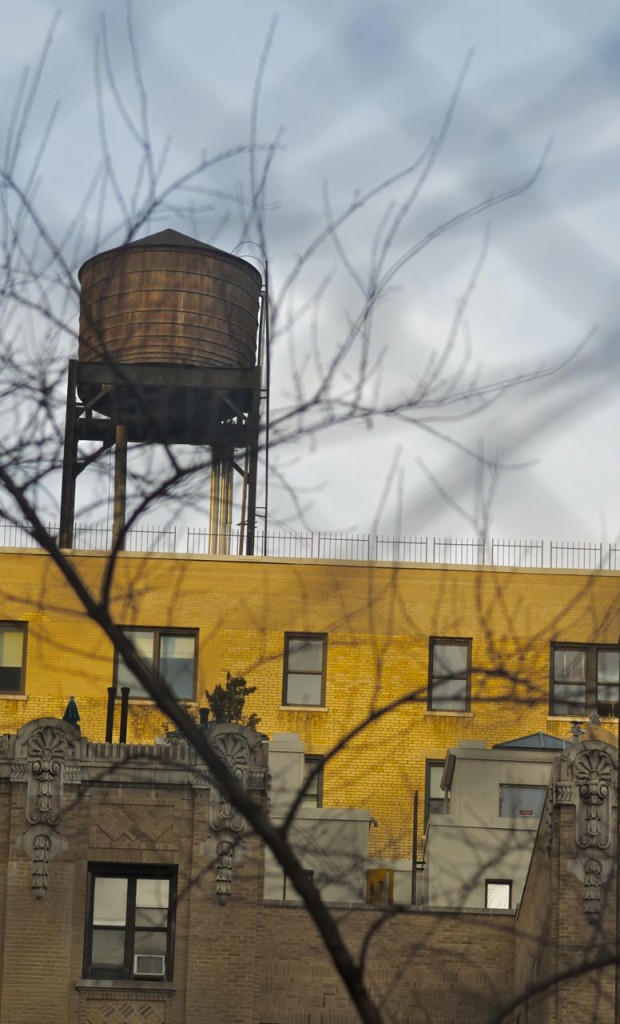 The tap water in our apartment building comes from a water tower and after reading this article in the NY Times I asked our maintenance department when our tower was last inspected. Much like the elevator inspection roster that is located in plain sight, he showed me documentation that our water tower had been inspected in late Spring. 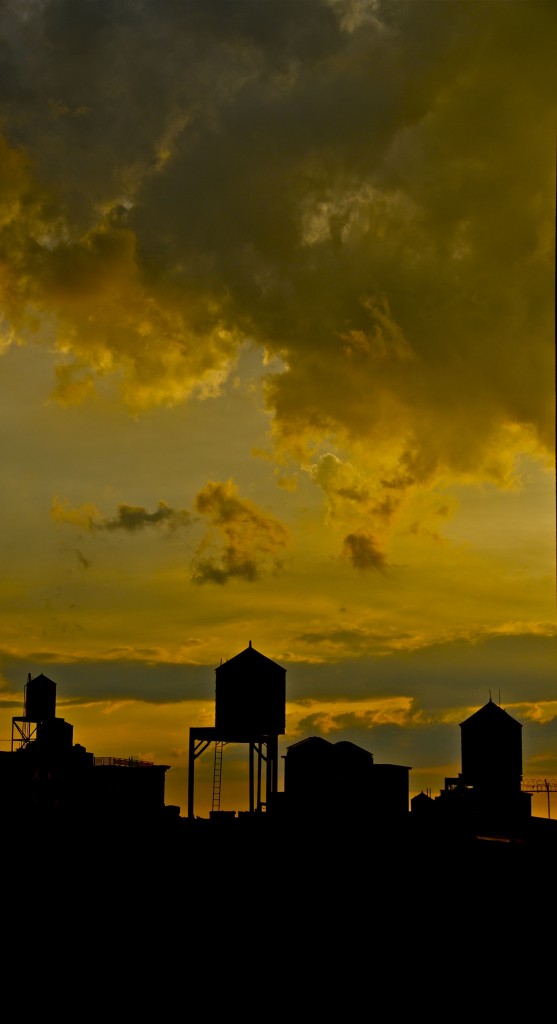 In any weather, any time of the day, these water towers make lovely photographs. 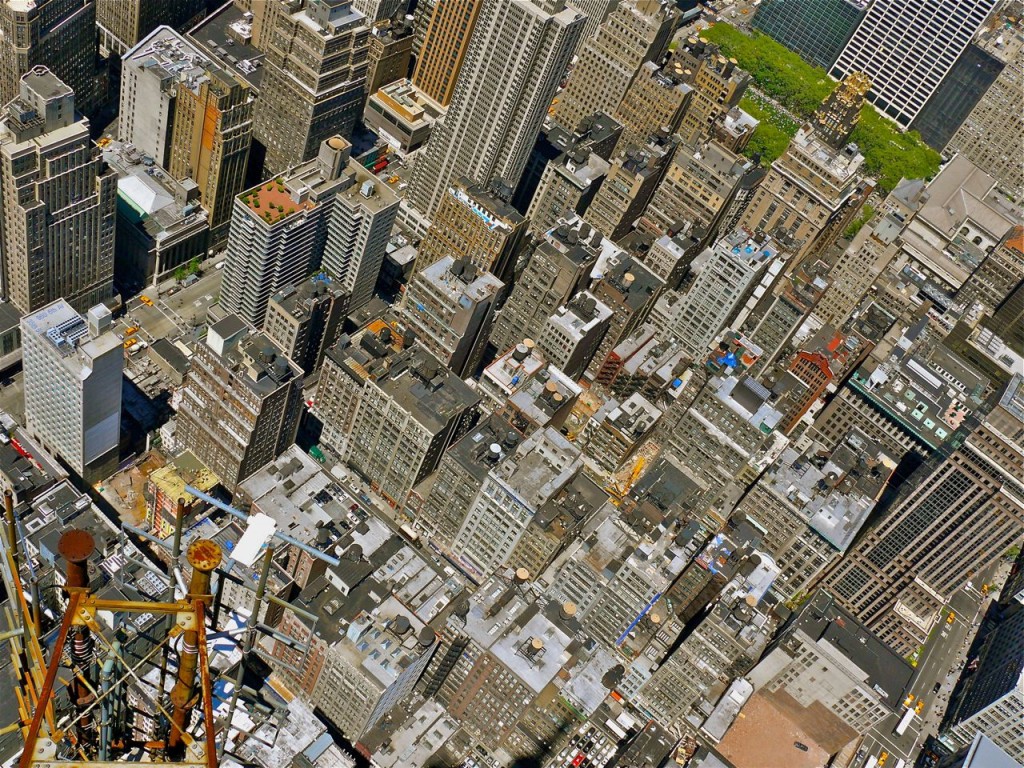 I took this photograph while standing on the observation deck of The Empire State building. I’m facing north and if you look closely you will see the tops of many building dotted with water towers. Every day millions of people drink water from these towers.

← A WEDDING
PLANET OF THE APES SAGA →